Black_Stride said:
So they bring Jane Foster.....and decide to make her a Thor clone?
Shes could have been such an interesting character if they used her Valkyrie form.....they could even lock her weapon in its flail form and she would be more interesting than a Thor skin.
Click to expand...

That's because it's the equivalent of a smash echo character. The Avengers team adopted this as one of their methods of releasing new characters last year with the release of Hawkeye and Kate. It's a way to ease the pain of fans waiting so long for content. They're rumored to have one more echo character(potentially She-Hulk) on the way and 2 actually new characters(Winter Soldier and _____) and Winter Soldier is rumored to come with a mini-campaign like Hawkeye.

Tl;dr this is an echo character(since they take less time to develop) so no Valkyrie for now.
M

TBH honest I read it as Jane Fonda.

Daytonabot said:
Disney has made it clear they don't want me as a customer, and I am more than happy to oblige.
Click to expand...

Yeah. I'm starting to feel the same. Sick of this woke pish nonsense.

March Climber said:
The Avengers team adopted this as one of their methods of releasing new characters last year with the release of Hawkeye and Kate. It's a way to ease the pain of fans waiting so long for content.
Click to expand...

This isn't true, kate and clint were supposed to release very quickly after each other and they were going to tie-in with the hawkeye disney+ show (their movesets are also completely different, so not an "echo" in the smash terminology), the show got delayed and the delay for kate and clint followed until a firm release date for the show got announced.
They already worked on them however and there wasn't anything else now they could release, so kate released after a month delay and clint got padded out to a few months later.

Black Widow then also got delayed, so they also delayed the red room content until it could tie-in with the movie; the black panther content was worked on first, but got delayed as well because of the death of chadwick boseman.
Spider-Man was always announced for "2021", but the movie was delayed to november 2021, and then a final delay to december, so there was nothing to tie-in the release of the character for months.

And now they suddenly announce Jane Foster, a day after the Love and Thunder trailer drops, and it seems to release in the same month as well, for another tie-in; they are clearly beholden to disney at some level, for tie-ins, and a smaller team + covid completely destroyed any content plans they initially had and it feels like they are just going from tie-in to tie-in now.

I don't think we can say they "adopted" "echo" characters until jane's gameplay is revealed, since clint wasn't an "echo" of kate.
With she-hulk being the next rumoured character, it would also be very weird if she was an "echo" for hulk.

A female who is worthy of picking up Mjolnir.

I have no idea what is going on, there is more than one Thor? Jane? Thor is Jane? Jane is Thor? huh?

Kinda like how they keep bringing out comics no one buys

Bragr said:
I have no idea what is going on, there is more than one Thor? Jane? Thor is Jane? Jane is Thor? huh?
Click to expand...

Anyone who is worthy of picking up Mjolnir gains the powers of Thor.
In the 2010s Odinson lost faith in his godhood and was unworthy of carrying the Hammer so Jane picked it up and become Thor for a time. 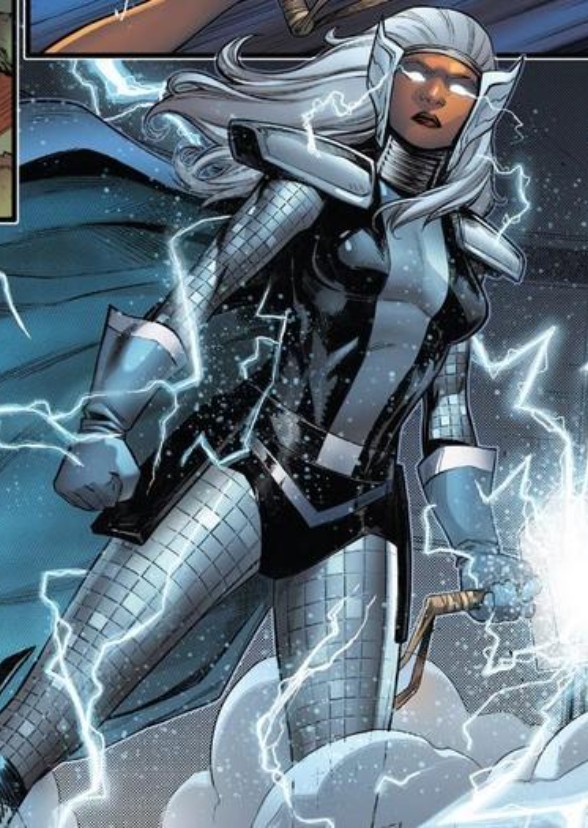 Probably the same move set as Thor with some smaller modifications.
Click to expand...

If she looks sext and got sexy outfits. I will level that ass upto 175.

My Widow and Kate already 170 now.

Silent Viper said:
If she looks sext and got sexy outfits. I will level that ass upto 175.

So you are leveling them up based on their ass?

Bragr said:
So you are leveling them up based on their ass?

Lol yeah. Hotter the ass, stronger they are

The character has actually been in the marvel comics since the 60s, but didn't wield Mjolnir as "Thor" until about 10 years ago.

For reference around a dozen other characters have picked up or wielded the hammer (or part of it) over the decades including aliens and even a frog.
Click to expand...

Reminding me of Beta Ray Bill!
You must log in or register to reply here.