This rules out an MS acquisition.

Asobo signed a 10-year flight sim deal and their next title will be published by Focus Home Interactive.
Last edited: Jan 21, 2021
Reactions: mejin and BPX

For those curious about Asobo Studio's game development history before Flight Sim (because maybe some people had heard the name before, but they seemed to come out of nowhere as a company to watch for top-tier games,) some FYI:

You may know them best before MS Flight Sim for their Disney/Pixar games (albeit mostly for downports/sister-games,) as they made the past-gen versions of Ratatouille, Up, Wall-E. and Toy Story 3. They then did the full game Disney/Pixar Kinect Rush for Microsoft, and did the Xbox One remaster of Disney Kinect Adventure.

Other notable remasters or co-development assistance includes work on Recore, The Crew 1+2, and Quantum Break, and the remaster of the 2013 Zoo Tycoon.

The company's original creations include the racing game Fuel, the horror game A Plague Tale: Innocence, the casual game Monopoly Plus (I omitted several other unnotable casual and licensed games,) and a couple HoloLens projects (Young Conker and Fragment.)

...Also, they made a Garfield game.

Some may notice while looking at their credits that they have over the years racked up a number of credits on Microsoft titles (though they have also had a long-standing relationship with Ubisoft.) Many of those MS projects were in an assistance role rather than lead development, but added up, you may see why MS picked this unexpected group to make what has kind of unexpectedly become a benchmark title of this new generation's game technology.
Last edited: Jan 21, 2021
Reactions: IbizaPocholo, Ryu Kaiba, MDSLKTR and 2 others

In my opinion, they refused Microsoft offert in order to consolidate their independence.
Reactions: kruis and driqe

Hold this L M$. Asobo can do anything.
Reactions: Ryu Kaiba and driqe

I'm pretty sure msoft could just buy out those shares if needed.
Reactions: MonarchJT, Ryu Kaiba, driqe and 2 others

I live at Bordeaux and i have a friend working at Asobo, i've even played old school D&D with a few ^_^ it's a good studio with a wide range of talent. They have a good working relationship with MS but always wanted to keep their independance. I don't know what's their next project right now but we should keep an eye on them. Personally i wouldn't mind a sequel to A Plague Tale, but my friend won't tell...
Reactions: CamHostage and BPX

This rules out an MS acquisition.

Asobo signed a 10-year flight sim deal and their next title will be published by Focus Home Interactive.
Click to expand...

Sequel in the works?

D.Final said:
Sequel in the works?
Click to expand...

A sequel for what?

driqe said:
A sequel for what?
Click to expand... 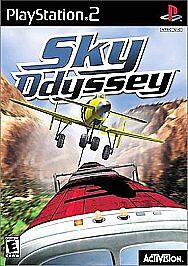 Looks like Microsoft will just have to create another studio to handle this IP in ten years.

The great PRO SONY CONSPIRACY got you too!

Great devs, Plague Tale was a gamepass title that I didn't think I'd love but was thoroughly entertained and flight Sim is one of the best use of cloud tech I've ever seen in gaming.
Can't see what new titles they have upcoming
Reactions: CamHostage

These guys are insanely talented, good on them
Reactions: CamHostage

Maybe Bethesda will develop the next flight sim as a WRPG.
You must log in or register to reply here.