You are using an out of date browser. It may not display this or other websites correctly.
You should upgrade or use an alternative browser.
H

Pachter is not a smart guy.elder scrolls 6 is a Huge deal it not coming out on ps will impact sales

I agree that it will help Xbox and specially Game Pass, but won't affect PS5. I think that if it has an effect, will be starting 2023 or so. Once MS stops making their game crossgen and once Zenimax will have released one or two big consoles exclusives on Xbox.

Because until now, the first two next gen Zenimax games will be PS5 timed exclusives, so will only able to support Xbox/Gamepass with current gen games, all of them multiplatform and many of them even available on PS Now.

The biggest Zenimax guns for this gen are Elders Scrolls 6, Fallout 5 and potentially Starfield. They are the key games that may take a role in the Xbox vs PlayStation battle. If MS decides to make them console exclusive, even if timed console exclusives, it will benefit them. But I think the lead that PS will have them may be too big because PS5 has an army of big exclusives for the first year or so (maybe the 2nd too) while Series X will have mainly Halo and multis until then.
Last edited: Oct 2, 2020
Reactions: EverydayBeast
I

Dr Bass said:
This is the lamest, most juvenile ad campaign (or maybe it's a platform slogan), that I've ever seen. "Gamers" already seem to be entitled self-righteous jerks as a group, based on their behavior on the net. They don't need a company kowtowing to that mindset.

You spend your whole life being taught by your parents and your elders that no, you are not the center of the universe, even if you think so.

Then Microsoft comes along with this crap. The only thing I see when I see this ad is "We actually think you're an idiot, and you should buy all our shit."
Click to expand...

How can you draw parallels to "center of the universe" and "center of gaming"?

Do you really think that a teenager, who wasn't raised that way, would think "Gee, Microsoft says I'm center of gaming, which must mean I'm in the center of the universe, so now I'm a curling child"?

Bethesda games on PlayStations has been horrible technically.

Better MOD support on XboxOne for Skyrim and Fallout 4. 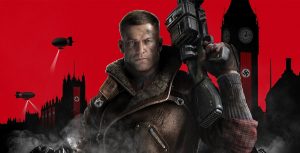 Recently, we spoke to industry analyst Michael Pachter, and asked about the ways he thinks the deal will impact the industry in the long and short term.

The first and most obvious way Microsoft benefits from the Bethesda acquisition, according to Pachter, is Game Pass- which will have an even more impressive library in the future, not only thanks to upcoming Bethesda releases, but also older Bethesda games joining the service down the line.

“I’d say if you want to play new games from Bethesda, you’ll have to buy an Xbox, or sign up for Game Pass, which is cheaper,” Pachter said. “Clearly Game Pass works, so if you’re playing on PC, you can get Bethesda games that way. But if you’re a PlayStation fan, you’re not going to be able to play new Bethesda games on there.

“It’s really hard to know what will happen to the catalog titles, theoretically Fallout 3 and 4, Wolfenstein, Wolfenstein Youngblood, DOOM, those are all on PlayStation, and my guess is you can still continue buying and playing them on there. But I also think these games will all show up on Game Pass after the acquisition closes, so they just made Game Pass a much more compelling value, because you can play everything Bethesda’s ever made for $15 a month. So I expect it will help Microsoft’s subscription numbers pretty well.”

Meanwhile, one game in particular Pachter sees as a major system seller for Microsoft is The Elder Scrolls 6, which he predicts will be exclusive to Xbox and PC. As per Pachter, though The Elder Scrolls 6 and games like it won’t automatically put Microsoft ahead of Sony, they will contribute significantly in that effort.

“Bethesda’s studios, they are not prolific, but they do put out one or two games a year at least,” he said. “For example the last Elder Scrolls game came out in 2011, and I’ve been predicting a new one will come out since 2016… I will be right eventually!

“But the exact year doesn’t matter, it’s coming out in the next few years, and that will be exclusive to Xbox. So that’s a system seller. It won’t put them ahead of Sony, but it will definitely shift a few million people from PlayStation to Xbox. And to be honest, I’m more of a PlayStation prospective purchaser over Xbox myself, but my number 1 and 2 games of all time are Bethesda titles, and probably five in my top 15; so the odds that I buy a PlayStation and not an Xbox are nil, I’ll end up getting both. But if I were to only buy one, before it would have been the PS5, because I don’t really care as much for Microsoft’s output as much as I do for The Last of Us or Spider-Man or games by Sucker Punch. Now it will be Xbox, though, because Microsoft suddenly has at least as many appealing titles as Sony does.”

So what impact does Pachter think the Microsoft-ZeniMax deal will have on Sony and the PS5 in the short term? “Not much,” says Pachter, who thinks that it will be with games coming in 2021 and beyond – when Microsoft starts releasing exclusive Bethesda content – that the impact will start to be felt.

“It really depends on the deals that were in place,” he said. “Like Starfield I think is coming out soon, so it will probably be on both platforms. It’s really going to be new games coming in 2021 and beyond that will be exclusive, though if any have been announced for PlayStation, I think they will hit PlayStation. So it’s not going to have any immediate impact, and like I said, you can go buy Fallout 4 on your PlayStation, it’s still available for you. But I think going forward, Elder Scrolls is a 15 million unit seller, and I think that will sway people to Xbox. I think 2-4 million players who would otherwise have owned PlayStation will now own Xbox.”
Click to expand...

Welp there you have it, Xbox not only wins the generation, but then buys Sony and Nintendo based on what Michael Pachter says.
Reactions: makaveli60 and kuncol02
B

Holy Shit, this means it's going to have a huge impact on the PS5.
Reactions: makaveli60

Agree with this. Ps4 sold less then it should have because Sony weren't arsed producing more in it's final year. So it could have had less system selling titles launch on it and still meet the same number.

If MS had any sense they’d make DOOM, TES and Fallout console exclusives to Xbox. To say this won’t impact PS5 is extremely foolish as people love that IP.
Reactions: Riky and The_Mike

Oh for fuck sake i thought bethesda had no impact

now i have to delay my ps5 order

Didn’t do anything to me except reduce the number of PS5 games I’ll buy this gen by 2 or 3.

May pick up an XSS down the line to play some older games I never finished so may grab TES6 if/when it comes out but I’m sure not jumping ship.

I think Sony is its own strongest competition. MS will be edging its way back in for sure. It's why so many are foaming at the mouth, they can sense it.
Last edited: Oct 2, 2020
Reactions: quickwhips

Xbox is in the discussion now yes but it’s not beating a Sony PlayStation.

I only came for the posts acknowledging Pachter's genius predictions that are always right. Thread delivered.
You must log in or register to reply here.