Yo Phil, Jimmy, Gabe if any of you dawgs is reading you guys know we ready to pay for a proper MGS remake to besoothe our serpent of nostalgia. I am talking Sony levels of exclusive money. Put that game on gamepass but increase gamepass to 30$ a month imma still buying.

No VR though. I am not paying 1260$ for that game.
Reactions: ArtemisClydeFrog

I'd buy it.
Reactions: Kamina, Bo_Hazem and ArtemisClydeFrog

Remember Hayter was surprised to find out he wasnt voicing snake in mgs5?

whattheduck said:
If they make a great version of the first MGS, then it's not a sin to do so. I think we all prefer original IP to come out and be amazing, so I do generally agree with you about it not being necessary. But that doesn't mean they can't potentially do something cool with it and make it distinct from the original and TSS. And like I said in another post, it might be a good excuse for Konami + whoever else they work with to get their feet wet with MGS again without shitting out some new story / mechanics / gimmicks that damage the series name. If they play it safe and make a great remake before making something wholly new, that could be a smart move. That's more or less what happened with RE2 recently. (and FF7 too)
Click to expand...

I hope so, bro, we'll see and hope for the best
Reactions: whattheduck

Bluepoint is making it. Sowwy. Sony only.
Reactions: Bo_Hazem

So no Hayter as Snake I suppose?

He has his very own "insider"? What you gotta do for one of those?
A

TGO said:
"REMAKE IS HAPPENING ACCORDING TO HIS INSIDER"

After that part, Dan Allen Gaming mentioned that there was this rumor that MGS games are going to be remade, as it was reported by Sirus Gaming two days ago. Hayter then confirmed that his trusted insider shared to him that a remake is indeed coming but he does not know when it will be announced.
Click to expand...

The entire global Video Game community/world is crawling with "insiders" and "trusted leakers"...

Roman Empire said:
So no Hayter as Snake I suppose?
Click to expand...

To be honest with today's software they could probably reuse the original and remaster it regardless of how it was originally recorded
So no new recorded Hayter no, but it should have Hayter as Snake nonetheless

In the interview he says the original PS1 voice tracks are unusable but thinks they could probably use the Twin Snakes version.

TGO said:
To be honest with today's software they could probably reuse the original and remaster it regardless of how it was originally recorded
So no new recorded Hayter no, but it should have Hayter as Snake nonetheless
Click to expand...

Eh, I'm hoping it's not a 1:1 remaster personally. I wouldn't mind some new lines with new content for everyone

Bluepoint is making it. Sowwy. Sony only.
Click to expand...

Bluepoint isn't an Independent studio? Thats news to me

VAVA Mk2 said:
Half of this site will be thrilled. Half will be screaming the world is ending....and half will and nod and continue playing their Switch or PC as if nothing just happened.
Click to expand...

How do numbers work?
Reactions: ArtemisClydeFrog

Why would he even be required to re-record lines in the first place?

The voice acting alone was already perfect for the setting, I doubt they're redoing the lines at all.
Click to expand...

Wake me up when you will have something solid.

Mister Wolf said:
Second time its been remade. They are beating a dead horse.
Click to expand...

Not only do I disagree, but you're using that saying incorrectly.

I don't really understand the logic behind anyone thinking this could be for Xbox.... MGS and MGS4 never came to Xbox and MGS 2, 3 and Peace Walker only came years after they were on PS.

Going exclusively to XBox would be such a hilarious and incompetent misstep for the franchise. It would be the final nail in the franchises coffin after the bullshit zombie game they did.
Reactions: kyoji, Dick Jones, Reality Czar and 1 other person

He is so cool. Get the man out of the grocery store work wtf
Reactions: Bryank75

Hayter was recently interviewed by Dan Allen Gaming in a more than 2 hours video discussing a lot of things like gaming, TV, movies, and more. At the 45-minute mark, the host started asking Hayter if he was still able to retain his voice of Solid Snake when he was younger since it changed as the hero got older. The voice actor easily brought out his younger version voice of Solid Snake in the interview and stated that he could easily do it again.

After that part, Dan Allen Gaming mentioned that there was this rumor that MGS games are going to be remade, as it was reported by Sirus Gaming two days ago. Hayter then confirmed that his trusted insider shared to him that a remake is indeed coming but he does not know when it will be announced.

If Hayter is confident that his insider is saying the truth, then it is possible we will be getting a remake coming later. It is a matter of time before game company Konami will be officially confirming this to the gaming community and the fans in particular. The game company has also renewed the trademarks for Castlevania and Metal Gear Solid, so that should be of some significance at least.

Is it really happening? Are we finally getting a remake of the Metal Gear Solid series? 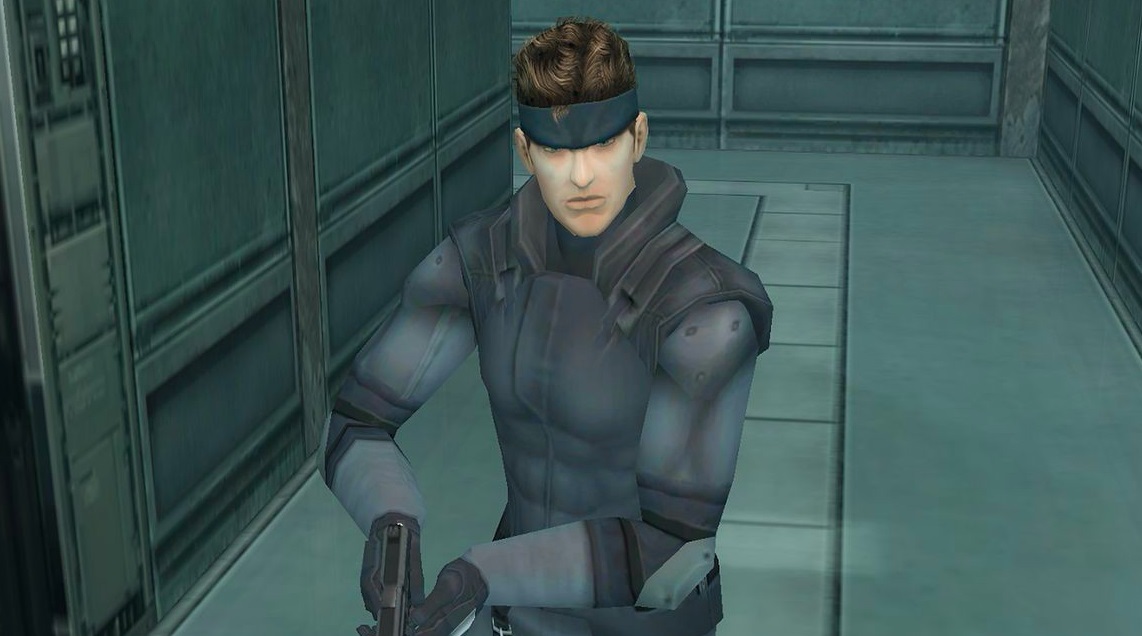 Iconic voice actor David Hayter has confirmed that his insider says a Metal Gear Solid Remake is in the works and could be announced soon.

PlayStation is getting bloated with great games!
Reactions: Bryank75

SlimySnake said:
If this happens, I will suck his
Click to expand...

It's funny, I have a Gamecube but have never played Metal Gear Solid: Twin Snakes. It is too expensive! One of the more pricey Gamecube games out there. Lowest price on ebay at the moment is $120.


if that's acceptable I wonder why Capcom got new actors/audio for the RE remakes
Click to expand...

I dont actually think it's acceptable, but I wouldnt be against it as compared to RE1, the voice acting of MGS has been top notch since MGS1.

Theres nothing at the level of "Jill Sandwich" in MGS1, is what I'm saying.

RE1 was like the infancy of VA, whereas MGS pioneered VA.
Reactions: Iced Arcade

Hopefully its a remake of 2.

The message of that game is so true today.
Reactions: Reality Czar

Watch it be exclusive to PlayStation.
Reactions: demigod, nullpoynter and driqe

Roni said:
How do numbers work?
Click to expand...

So that's what MS meant about "Power Your Dreams".

VAVA Mk2 said:
It was sarcasm
Click to expand...

Belmonte said:
Yeah, and it is even more dramatic in MG2:


Solid Snake after destroying a Metal Gear, have all his equipment burned because of the explosion, "kill" the greatest Fox Hound member and best friend, Gray Fox, with his own fists and now he needs to face the legendary soldier, Big Boss.

He is unarmed and BB has a machine gun and with cybernetic implants made by Doctor Madnar (the same which made Raiden's body in MGS4).Colonel Campbell and Master Miller in the radio.

It was probably Solid Snake greatest achievement. I remember calling many members of the staff in the radio and most of them saying Solid already lost, he could not win against Big Boss and no one could.When I called Miller he said Big Boss was a evil piece of shit or something like that.

It was dramatic even before playing MGS3, Peacewalker and MGSV. Now that we know better Big Boss and Miller story, it would be even more.

Who cares about fighting Liquid again when we can get Solid Snake vs Big Boss!
Click to expand...

Also its kind of implied Snake's relationship with Fox resembled the mentor-learner relationship Snake had with Raiden in MGS2. This gives Snake's battle with Fox in MG2 even more weight. From MGS1's script:

Snake : I first met him on the battlefield. He was being held a prisoner
of Outer Heaven. But he didn't look like a prisoner to me. He
was always so cool and precise. I was still green and he showed
me the ropes.
Click to expand...

I will probably still buy MGS1 Remake like the pay pig I am, but it is very much a missed opportunity to not retell the 2D classics.
Reactions: Soodanim

Hope they hurry up and announce it, don’t care how long away it is. I just want real confirmation

My dream is to be able to go out and buy a Playstation 5, in a year or so, with copies of the Metal Gear Solid Remaster, God of War Ragnarok, Miles Morales, Demons Souls, and Ratchet and Clack.
What a goddamn awesome weekend that could be.

Awesome news. Awesome that he can record new lines if needed too. Maybe we will get a new game or MGS4 remake out of this.

SlimySnake said:
If this happens, I will suck his
Click to expand...

A remake will come soon or later, even if Konami shuts down, someone will buy it for obvious reasons

Bryank75 said:
I don't really understand the logic behind anyone thinking this could be for Xbox.... MGS and MGS4 never came to Xbox and MGS 2, 3 and Peace Walker only came years after they were on PS.

Going exclusively to XBox would be such a hilarious and incompetent misstep for the franchise. It would be the final nail in the franchises coffin after the bullshit zombie game they did.
Click to expand...

That changes everything so....
Reactions: Bo_Hazem

Expect Known and Highly Coveted names to return to this series, starting at MGS Remake 3 4 and beyond.

Which may be surprising given their involvement with other new franchises....
Last edited: Apr 23, 2021

I would love to see a remake but it must have Dave voicing it.

Can we get a Snake Eater remake as well lol
Reactions: Bo_Hazem

It'd have to be massively changed if they are gonna give Snake the nuance and control of MGSV. Which I think we all kind of want. The Twin Snakes, while really fun, was made EXTREMELY easy because of the additions of MGS2 to the formula, when you can just go into first person and precisely head shot with a tranq-gun it made most encounters so damn easy. I loved it at the time as I had played MGS1 on PS1 so many damn times, but for a first time playthrough and all things are equal other than the precise controls of MGSV Snake, the game would be even easier.

They are gonna have to drastically adjust the levels and enemy A.I. to make it remotely challenging. I really hope they do if this remake is true. I have faith in Bluepoint(if they are the ones doing it) that they can remain faithful to the spirit of MGS and still give everyone what they want. It would be a really huge challenge to try and make it, but they have proven time and again they can do it.

KojiPro or SSM collab with Bluepoint?

Is the insider his uncle that works at Nintendo?
You must log in or register to reply here.