I don't get what the fuss was that bioware went to the effort to change the camera angle in the first place, honestly snowflakes. And then there's this modder who has too much time on their hands

Derift said:
Is this where we are in gaming...
Click to expand... 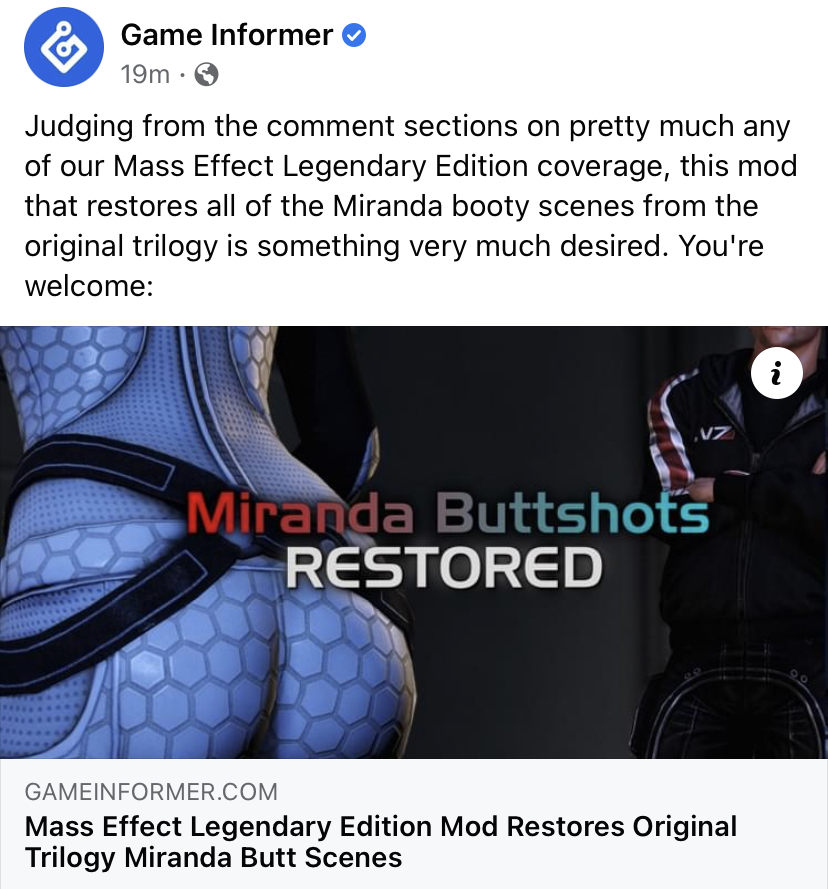 “Biased SJW Game Media” spinning positive reports on the mod without shaming gamers. Do with that information what you will.
S 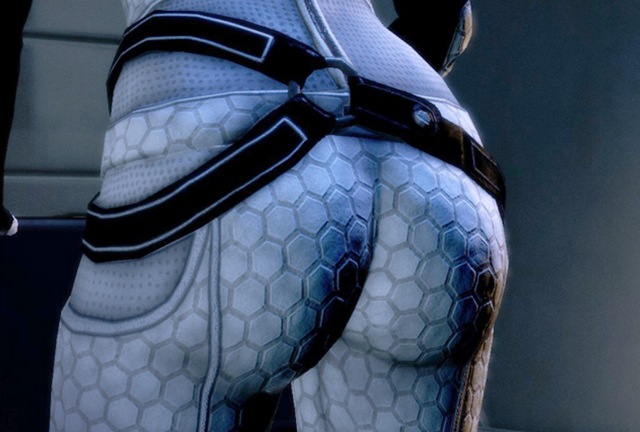 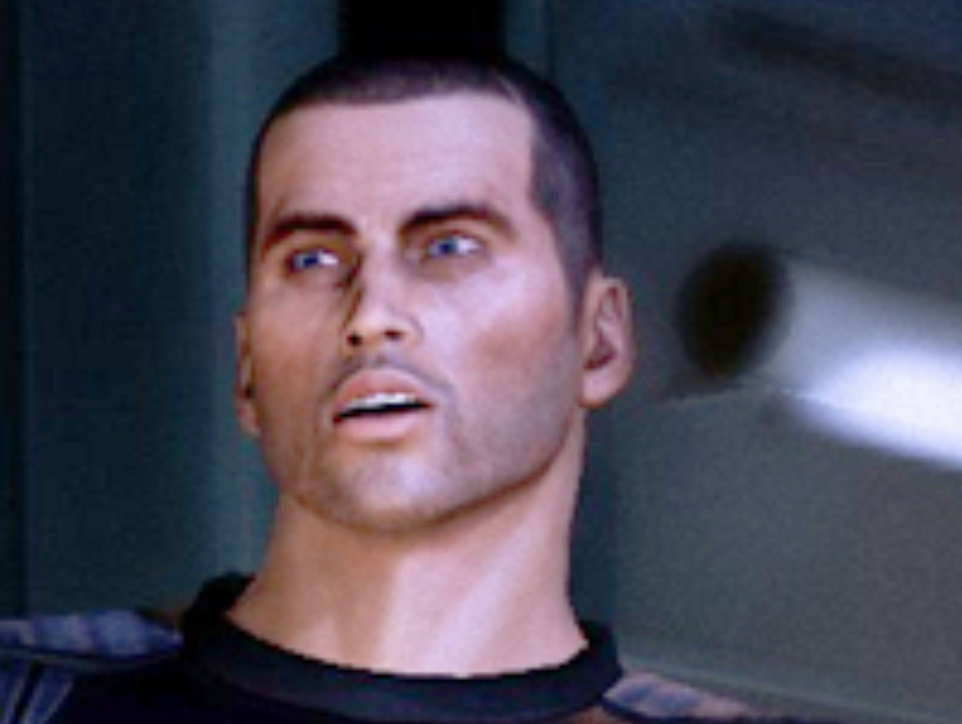 I just confirmed, it's the same donk, the lighting/textures just make it look different.

Another reason why PC gaming > Consoles.

Majukun said:
of course you can argue that miranda is a fictional character that cannot express agency anyway
Click to expand...

Yeah that’s the normal way of look at this. As said above imagine if gore and violence would be analyzed with those let’s-relate-everything-to-real-life goggles on…

For some reason the it’s-just-polygons defence for game violence don’t apply to how a character looks and what they wear, then we need to think about how it would feel to be in their shoes, as if they’re real.

But what if we turn it around… What about being in the shoes of the guy about to have his head splashed on the wall behind him from a sniper shot? Or the guy crawling around screaming with his leg blown off by a shotgun? Or the guy that just got stabbed with a knife in the guts? Or the guy with an arrow stuck in his head thinking he heard something but maybe it was just his imagination? Or the poor guy that is forced by those evil devs to be a murderous villain when he could be at home with his beautiful wife and play with his nice kids?

Someone forcing you do wear tight pants and then let people stare at your butt sounds kinda mild in comparison. If we would relate everything in gaming to real life that is. But maybe we just shouldn’t do that?

Legendary alright. Played the first game and noticed something seemed off while romancing Ashley. I did not remember them showing much previously. Looking back at an old Youtube video, the camera keeps here nipples just outside of the view. Well they changed the view ever so slightly in Legendary edition and they show more breast. Normally I am all about that, but the nipples were not part of the model and so you see a breast without nipples. So they went out of their way to remove Miranda butt shots, which were never anything to write home about, and show more breast with missing nipples instead. Just lazy across the board.

I can't say I noticed much in the first game besides higher resolution textures. The combat did not feel nearly as good as ME2 or ME3, which I heard was the big deal with the Legendary edition. They supposedly made the controls so much better for ME1. The controls did not feel like they were much better, but I did not do a side by side comparison. Also seemed like there were several bugs added in as well. So far I am not impressed. Off to play ME2.
You must log in or register to reply here.