You are right. We need more dead on arrival free to play battle Royale and online persistent co op RPGs

SenjutsuSage said:
By that logic you're also not in control of things that happen on screen in God of War. Kratos' son is mostly doing his own thing, and you aren't the one doing those badass finishers. Kratos is doing them for you, and you're watching him do it with limited input while he does them. Same for Spider-Man.

Is a game at fault for giving the player fancy flourishes to make a game look more badass or fun? When any game lets you trigger a super move, do you think its you performing it once the cool shit starts happening? You pressed buttons to trigger actions. Welcome to videogames. Different games do things in different ways.
Click to expand...

You're somewhat correct. A lot of games suffer from this "smoke and mirrors" effect to a various degree. I wouldn't put God of War (2017) or Marvel's Spider-Man in the same sentence with Marvel's Guardians of the Galaxy as it's next level lame in terms of player interactivity, freedom, expression.

It's so bad that I don't even know where to start. How about shooting and aiming. Gaming figure out controls for moving and shooting in a 3D space using a controller 20 years ago yet Marvel's Guardians of the Galaxy relies on a lock on mechanism. You lock on your target and keep firing until the long ass health bar reaches 0. You can't aim for head to deal more damage. You can't aim for hand to disarm your opponent. You can't aim for legs to slow your opponent down. You just keep firing without any skill or thought process like a prick until magical bar reaches 0. Because game design or something.

This is how shooting should be handled in a 3rd person action game. Every shoot, every movement, every action. It's all in player's control. It requires skill. This combined with environmental attacks would actually be super dope.


Melee combat is even worst as you mash one button until enemy either dies or counters which triggers a QTE button press with window of opportunity so big that you can take a sip of coffee in between of punches.

I'm not saying that it needs melee combat as complex as Ninja Gaiden. It's just an example of a different, more player driver approach to combat.


Then you have these space ship sections where it's impossible to fail and you can't aim properly. You can't even steer in some instances which makes it feel more like roller coaster ride than anything else. You know which one I'm talking about. The one when you're escaping an exploding space station.

This is how you do an escape from explosions section. Player is in full control at all times.


I could go on and on but I don't think there's a point. I could discuss environmental "puzzles" and other crap. The truth is, there's a huge market for these cinematic experiences and AAA will deliver more and more of them. At the same time gaming mechanics that took decades to develop and perfect will continue to be dumbed down to appeal to modern audiences that don't like to play games, they like when games are playing them. Press a key to look awesome should be a game genre.

Oddvintagechap said:
You played it already?

I've read the design doc and seen all the concepts they did for it. 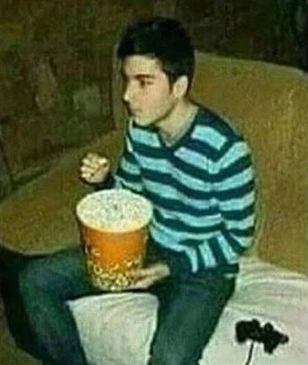 pqueue said:
I look forward to the report in 2 years or so when she leaves the studio and moves on to another one, leaving the project unfinished.
Click to expand...

Her and Jade Raymond.

I'm on board for anything written by Hennig, especially if its in the vein of Uncharted. That said, I didn't know Skydance had a videogame development studio.
R

An Ironman game where I can craft my own builds based on the mission or my preferences, shit could be amazing man

Rumored to be daredevil

There is no character. Dumbass is staring at the "start game" screen.

Please give her the Uncharted franchise. she could also bring back others from U3 and those who left ND later. Could be a comeback similar to Balrog doing GOW4.

I really hope her game makes it to the finish line this time.

Probably a good chance they will get 3 years into development and then get shut down as the industry evolves away from their game.

I agree and I don't.

Many things become oversaturated but I still keep my eyes peeled for spikes in quality. A great example from another universe is Nintendo games. I'm pretty tired of their shit but a Metroid Dread still drops once in a blue moon. I'm down for capeshit when it's Iron Man 1 or Captain America Winter Soldier/Civil War. I was so done with Star Wars I never even bothered to watch Rise of Skywalker, then Mandalorian happened and I jumped back in. Just got to cherry pick the best shit. If you try to consume everything they throw at you it will get annoying fast.
Last edited: Oct 30, 2021

Its says on the skydance new media wiki page that forspoken is there first game, but on the forspoken wiki page it say luminous productions are the devs?

Only one post in this topic mentioned Soul Reaver. Embarrassing.

Amy Hennig needs to be given the green light to tackle a Marvel character/IP that hasn't yet been a part of the MCU. Her team needs as much creative control as possible to work their magic.
Last edited: Nov 2, 2021
G

A cap and panther team up might be ok but the other two characters not sure whos asking for them. I guess its early days in production so we shall see how it turns out i would maybe have had wonder woman and Steve Trevor instead
You must log in or register to reply here.