LTTP: Sea of Thieves (most fun I've had online in a long, long time)

I tried this game about a year ago and it just didn't click, mostly because I had no idea what I was doing

this past weekend I decided to give it a serious try this time and actually seek out other players to show me the ropes. took like 10 seconds to find a full party willing to teach me the game using the xbox LFG feature and I gotta say, this game is fucking great.

for those of you who were like me and tried this and gave up due to the learning curve and difficulty playing alone, I strongly recommend trying to find other players. the community is surprisingly pleasant. I've already met some really cool people who are around my age (late 30s) which is great.

if you get a good group of people to play with, this game is absurdly fun. you can really do whatever the fuck you want and it counts towards progression. micro transactions are purely cosmetic so everyone is on an even playing field.

I probably haven't had this much fun in an online game since D2: LOD came out. the game is super chill as there is often a lot of downtime where you can just fuck around. I'm doing a terrible job of explaining why this game is great but I recommend giving it a go, especially if you have gamepass.

I spent the last 2 days doing the pirates life tall tales and they are incredibly well done. the story missions I've encountered so far in this game are just fantastic.

I'm big into fishing IRL and love being on boats. I also love everything pirate related and this game scratches an itch I never knew I had.

Hell yeah, SoT is one of the few games I enjoy playing with randos, because it has a great community. More than half of my friends list are comprised of cool people I just randomly met in this one game.

It's a really fun game.

I want to add that on more than one occasion my crew and I got our cheeks clapped by a better crew. We respawned on the island they booked it to to sell our loot, and upon seeing us they offered an alliance so we would receive half of the value, then kept the alliance going for a few hours so we wound up with more gold than we would have if they hadn't sunk us.

Funny how a game about being a pirate is one of the most wholesome online experiences out there.
H

Could have gone with something older but your an f'ing pirate now.

Ya one of the best new IPs this gen IMO. Obviously lacking in the combat department but it’s the most chill game. Beautiful as well
K

It just needs to add PvE.

I was completely lost when I tried about a year ago. Probably has more to do with me being a solitary gamer

I wish the solo more was more fleshed out.;..but solo also isn't the intended experience. I'm glad people who can get their friends are enjoying it.

SteadyEvo said:
I was completely lost when I tried about a year ago. Probably has more to do with me being a solitary gamer
Click to expand...

Yeah it's definitely a team effort game. Just hit random crews explaining that you're a noob, you'll hit a group of people that will happily play with you quickly. Given the settings abilities of the game people who leave a slot open are expecting new players.

I could be wrong but I believe they are making some changes to the game which will make solo more balanced.

My sister has been playing it for a while. In fact, she's playing it right now.

It seems a lot of fun based on how many times I've heard her laugh and everything.

It's a very team based game though. I haven't seen her play solo. Always on voice chat with someone.

Sounds fun, too bad i'm not that into Online play. But more power to the people who are enjoying it.
Last edited: Jun 24, 2022

It's a great game, one of the best of its kind. I just wish they also included an optional pure PvE coop mode (the jack sparrow stories was nice btw)
Last edited: Jun 24, 2022
M

Extremely fun game, but Christ Alive I S-U-C-K at shooting and sword-fighting.

I'm the guy that boards up holes in the haul.

It really has found its place. Here we all were thinking Rare was done and they pulled this off. I haven't played it once, can't see myself doing it, but it's great so many are enjoying it.

Wish it had local multiplayer. Would be a lot of fun to play with my son

Sea of Thieves is up there as one of my all time favorite games and I've put more than 2k hours into the game and have been playing on and off since the beta. I've met tons of great people and have had tons of great adventures.

Once you become familiar with and skilled at sailing and combat, SoT is very playable as a solo slooper. I play SoT about 75% of the time with a crew, but I do enjoy the challenge of solo slooping and will even stack loot to make it more exciting, as there is more on the line. 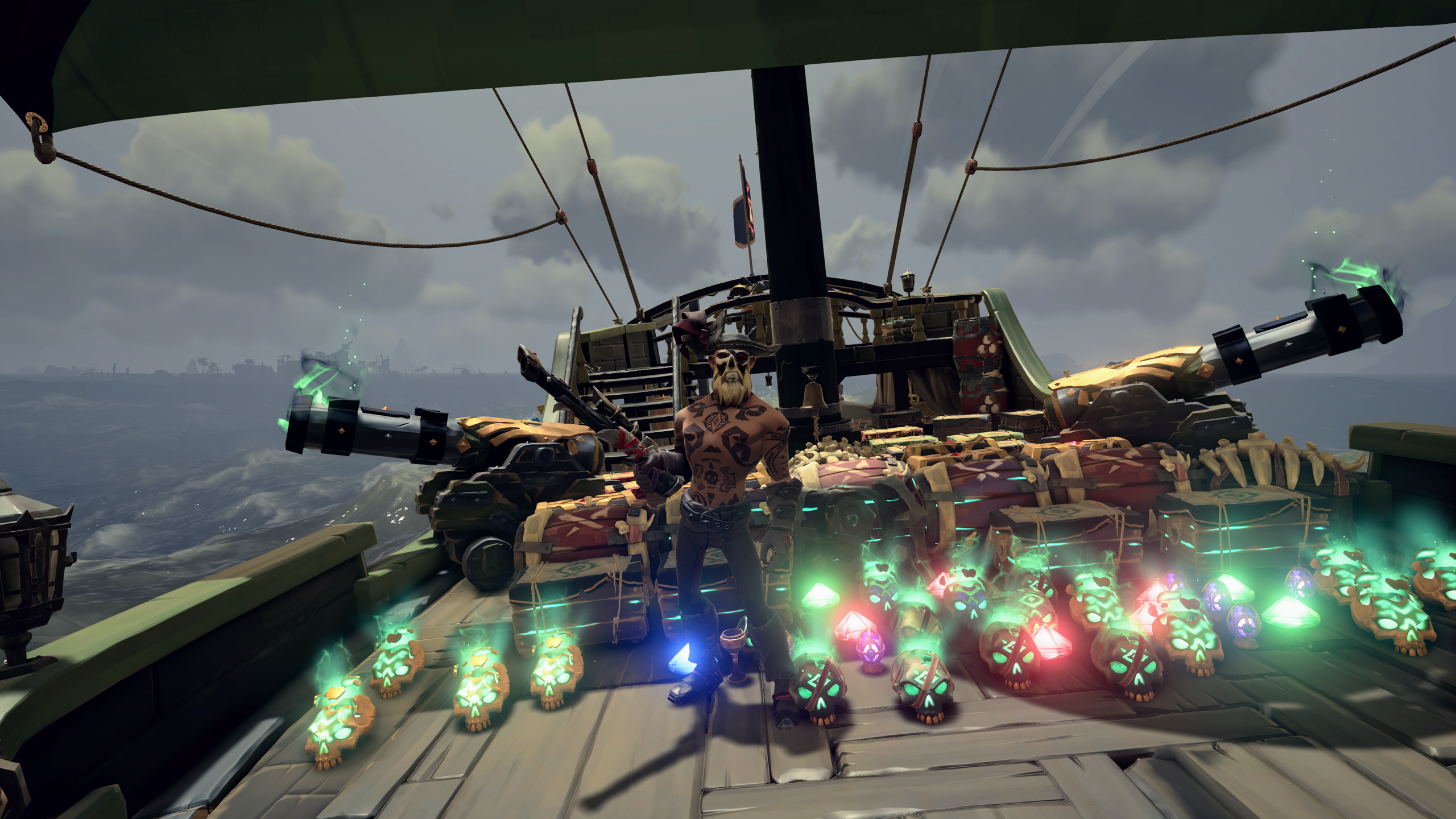 Y0ssarian replied
Jun 27, 2022
Making games more difficult to test the player does not always make them more fun, especially when they're required for achievements
2