What we're looking at here is Halo, holding great high scores on Metacritic, 343 has been to the big stage before Halo 5.

Halo 5 is released on October 27, 2015 and is the first Halo on Xbox One and first Halo to have two Human fireteams, two main character humans in Master Chief and Locke. 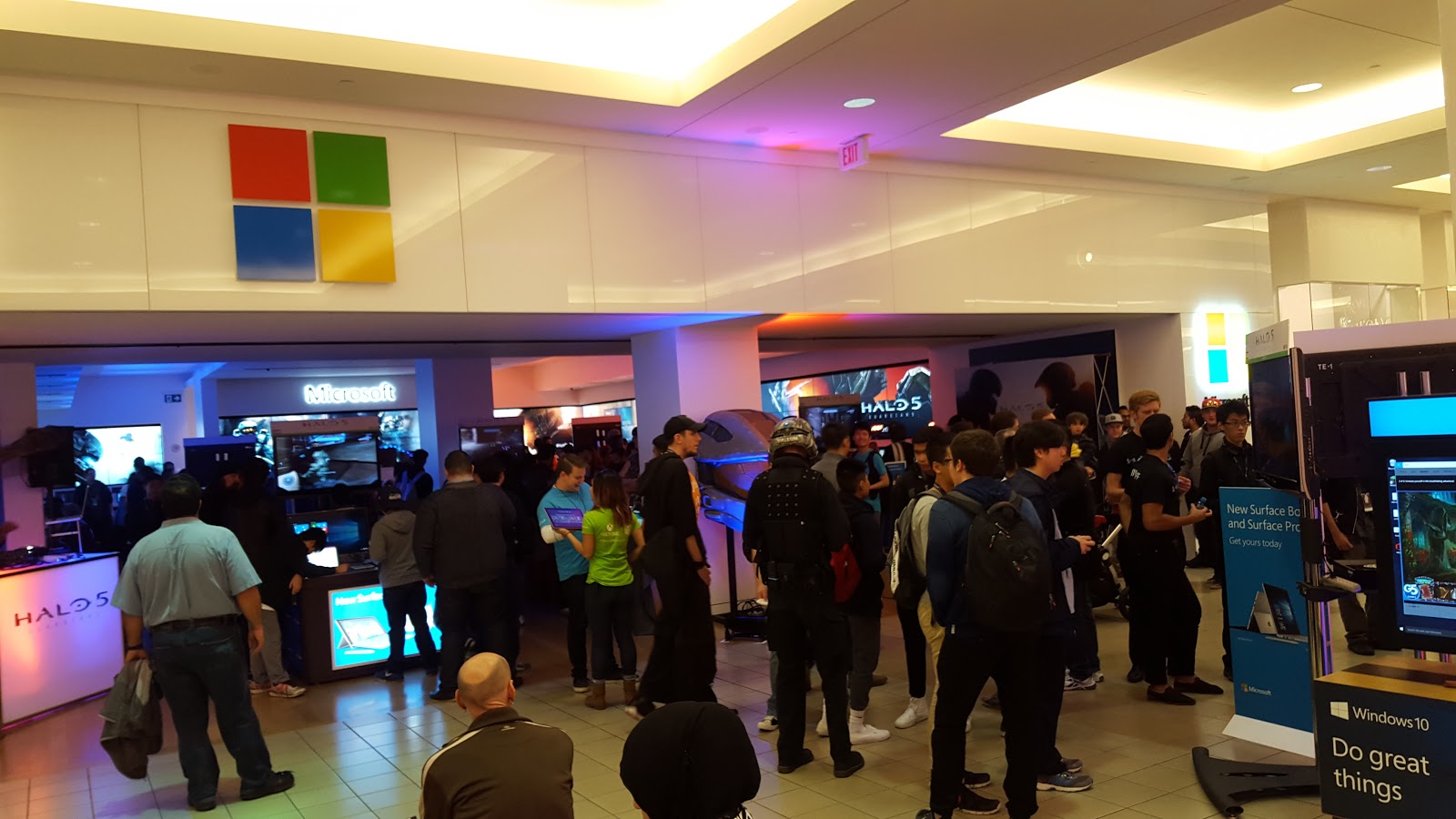 Love midnight launches, waiting for a game at midnight has to make you laugh inside.

Halo 5 is set up through 15 chapters but it doesn't feel long. 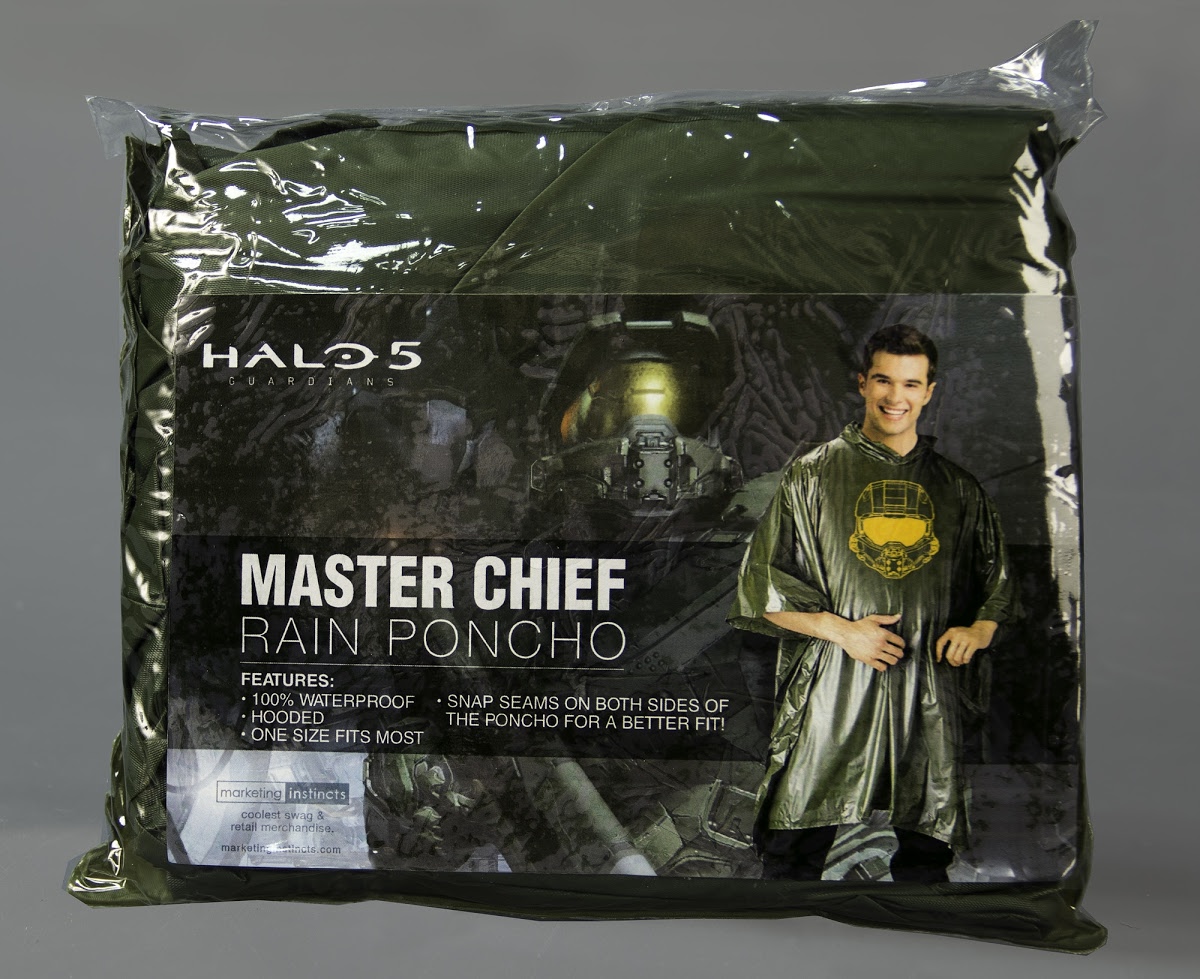 If you've played previous Halo's one thing is clear, running is back. The new rogue AI enemies from Halo 4 are back with their cool guns and the environments are just as beautiful.


Master Chief is still a big deal but for whatever reason 343 decided to thrust a new character in Locke onto the grand stage, I guess he's protecting Earth, activating portals to or from Cortona and just destroying aliens like Master Chief.

I would never go against Master Chief who won't quiet, so I'm not sure what's wrong with Locke, it doesn't go well for him going up against the GOAT Master Chief. The relationship between Master Chief and Cortona is back, but this is the first ever Halo to include "Guardians" who are basically colossal sized robots that threaten the galaxy.

343 deserves credit here, there's nothing shocking about Halo 5, it's controls are roughly the same and it respects the historic achievements the game has taken over time. I think developers look at new games as an "opportunity" but with Halo less is more, everyone knows that.

Halo 5's multiplayer is well designed, characters get sprint, and re-charge which is generous to casual or new players. Halo's multiplayer is the one thing the internet measures and what you have are talented level designs, Xbox Live and it's party chat, optional split screen and moments like running a flag from one end of the map to the other, jumping over enemies to hold the higher ground, trash talking opponents and fighting inside alien buildings. I haven't gotten to Infinite's multiplayer but after this successful game I cannot wait. Halo is treated like holy water in shooter circles, Xbox players believe Master Chief should be in Smash Brothers, it took 343 years to fix all of Master Chief Collection's problems but the bottom line is I give Halo 5 a perfect 10/10.

Let me know what you think GAF. Does Halo still have that shooter spirt? Is there potential of a Halo 5 HD remaster? What is currently being torched by fans today in Halo? I still think it gives Microsoft an edge but thats just me.

Truth to be told, I like Halo 5 gameplay wise the most. Also it has some cool designs, I really don't understand the hate on this game. If anything in many cases Infinite feels like step back.

But it's a short game sadly...

I loved the PVE and PVPVE modes of Halo 5, so many amazing moments when you push against the final boss with max level vehicles and get a win in the last couple seconds. Played so much Firefight / Warzone Firefight a couple years ago.

Also the game was called ugly back in the days but it deserves credit for pulling out 1080p60 on the XBO. Once the 1X patch dropped the game was just gorgeous and crisp.

I've been playing it in co-op this past week and it's better than Infinite in many ways. Actually a lot better than I thought.

I think I played through Halo 5 about 4-5 times.

Pedro Motta said:
I've been playing it in co-op this past week and it's better than Infinite in many ways. Actually a lot better than I thought.
Click to expand...

Reminds me of the Final Fantasy cycle.

Halo 5 was truly awful. It nearly killed the franchise. It should be buried or shown in the museum as an example of IP implosion. Halo Infinite is a step in the right direction.

5 wasn't as bad as people make it to be and had better Multi-player than Halo 4. The story was a bit disappointing, but I liked the fact we went to places we've never been. Hated the armor.

The gameplay was ok. It wasn't great, but it wasn't terrible either. There is lots of questionable game design, like having to fight the Warden 500 times.
The story was trash though. You spend half the game playing as Locke chasing after the Chief to do... what? Team Osiris adds nothing to the game, they aren't needed for the story. When you finally catch up with Blue Team, you get to watch one of the worst cutscenes I have ever seen, then Chief leaves, and you go back to chasing after him. It's funny how much 343 seems to care about the lore, taking story from novels, comics, spin-off games etc and expecting the player to be up to date on that shit, meanwhile they frequently ignore established lore in their own games.
They could've just gotten rid of Team Osiris, and have the game be about Chief and his team trying to get to Cortana. You could have all the same locales and missions. For example, instead of Osiris on the Elite homeworld, it could've been the Chief reuniting back up with the Arbiter to help him out. How cool would that be? If they had actually gone through with this whole Chief going AWOL thing and Osiris having to catch him, Locke vs Chief shit that they advertised, it might've made more sense and been a better story, but they never go anywhere with it.
Furthermore, the entire game was about building up to Cortana and her army as a new threat against the galaxy, only to resolve it off screen in the events between Infinite and 5 lol.

Having recently completed Infinite, I'd say Halo 5 had the better campaign. I'm stunned by how disappointing infinite is, And there are some really irritating parts in Halo 5 too.

I loved Halo 5--campaign was really great in coop and I liked the light squad mechanics in solo. I will forever cherish WarZone in mp and thought all it needed to be truly great was better maps. I thought they found the right balance for calling in weapons/vehicles/powerups.
O

I think Halo 5’s failure was mostly a marketing problem, and the fact that Xbox One was almost a dead platform at the time.

The forgettable story didn’t help, but it otherwise had a lot going for it. The MP is way under appreciated and after some fixes ended up a 10/10.
Last edited: Jan 24, 2022
You must log in or register to reply here.

Gears of War could be getting the ‘Master Chief Collection treatment’, it’s claimed (VGC)
Opinion News 2 3