But also, here's my pitch for you Phil so hear me out, carefully

onesvenus said:
ActiBlizzard was valued at almost 50B. They had to pay a bonus on top.
They haven't been in the 10-20B range in years
Click to expand...

50Billion? I thought they were worth 100Billion.

kittoo said:
Just dont see how these were worth 70 billion. I would've guessed 10-20 max.
But MS got the money so their choice. 70Billion on these though, damn!
Click to expand...

It's not just ips they are buying, it's also all the studios under Activision Blizzard, which amounts to almost 10k staff members.

I would love a new take on Hexen.

Microsoft got mugged off here for sure , they cant be worth what they spent

just imagining a Bethesda Zork game. very okay with it.

I honestly don't understand how Activision could be worth 70 billion. Bethesda has much better IPS and was only 7.5 billion. 90% of that list of ips is trash.

I wonder if Diablo 4 will drop before the acquisition goes through next year.

While a good start, this doesn't paint a complete picture of what Microsoft just purchased. Microsoft just bought over 30 years of titles. The OP's list doesn't include the titles that Activision has the publishing rights for, but who don't own the IP. While this doesn't mean that Microsoft owns the franchise, it does mean that Microsoft now owns the publishing rights, which is often the difference between a title getting a re-release and not. For example, Activision has the Bond licence, and was a blocker to the Goldeneye 007 remaster. That blocker just got removed.

The complete list of their games is large enough that it needs multiple pages on Wikipedia, so feel free to read through it.
Last edited: Jan 19, 2022

Foilz said:
I honestly don't understand how Activision could be worth 70 billion. Bethesda has much better IPS and was only 7.5 billion. 90% of that list of ips is trash.
Click to expand...

Because COD is the best selling game nearly every year. If you take COD out of the equation its way less valuable. Candy Crush still makes a ton of money too, somehow.

They do this its pretty much the perfect answer for GOT

Blood Borne said:
Don’t they own Sekiro too.
Click to expand...

No. But it can still be purchased and played with a guitar hero guitar.
Last edited: Jan 19, 2022

I want a new Starsiege Tribes game. That was Sierra back in the day I believe.

A Singularity reboot would be TIGHT, or ya know, make everyone work in the COD gulag for the rest of their days.

Lunatic_Gamer said:
The list of IPs that could potentially be owned by Xbox following Microsoft’s acquisition of Activision Blizzard includes:

The deal is expected to close in Microsoft’s fiscal year 2023, subject to closing conditions and completion of regulatory review. The transaction has been approved by the boards of directors of both Microsoft and Activision Blizzard.

The acquisition will also add studios such as Infinity Ward, Raven Software, Sledgehammer Games, Toys for Bob and Treyarch to Xbox, bringing its first-party roster to 30 studios, along with additional publishing and esports production capabilities, and a major presence in mobile with the addition of Candy Crush maker King. 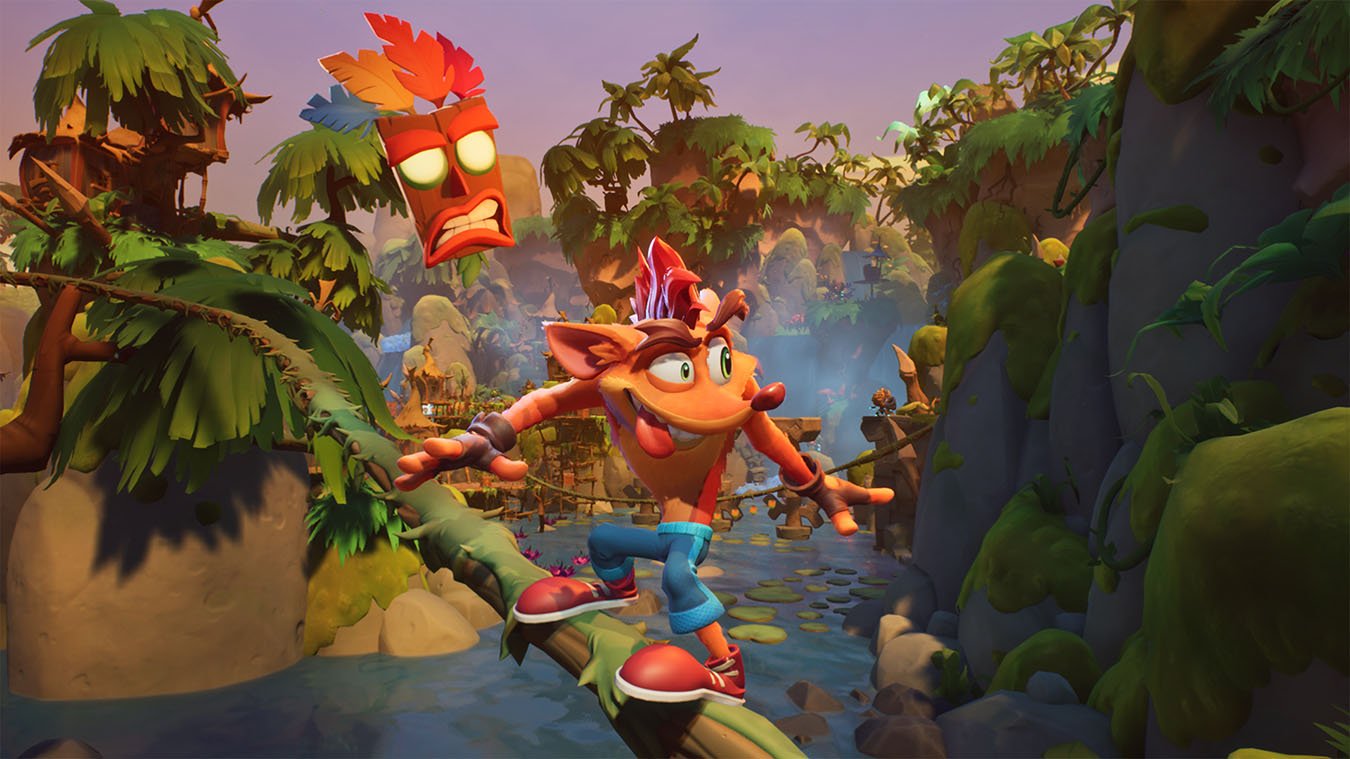 Microsoft is set to acquire some of gaming'

I used to like stopping vehicles with my police badge, then kicking the shit out of them.

because MS likes throwing money, and half of that value comes from CoD and Candy Crush
F

FoundryMusic said:
All of these will suddenly be terrible now according to some.
Click to expand...

For me, I wouldn’t know - never played any of these games.

All niche and mediocre franchises.

The_Mike said:
All niche and mediocre franchises.
Click to expand...

Also, all the talent left long ago.

Riky said:
Get Raven on the next Quake game, needs to happen.
Click to expand...

I would say the only studio besides id software that is good enough to even touch quake at this point would be infinity ward.

Foilz said:
I honestly don't understand how Activision could be worth 70 billion. Bethesda has much better IPS and was only 7.5 billion. 90% of that list of ips is trash.
Click to expand...

It’s pretty simple. They make a lot of money.
L

Imru’ al-Qays said:
The only one of those IPs that's a big deal on consoles is CoD.
Click to expand...

Good thing MS is a PC publisher too. Starcraft 3 is going to be fire.

That's it? 70 billion? They shoud have just bought the call of duty ip and called it a day.
W

Give a new Blur please.

lastmessiah said:
Good thing MS is a PC publisher too. Starcraft 3 is going to be fire.
Click to expand...

Imru’ al-Qays said:
This isn't really relevant for overall industry dynamics though unless they make it Gamepass exclusive
Click to expand...

I don't know, Starcraft being first party seems pretty relevant to me.

TimeShift was a good game on 360. But nobody probably played it.

Also, crazy to think that Crash Bandicoot is now owned by MS.

We need that Guitar Hero come to PC too!

People will act like Activision has only ever made trash no one likes now. A lot of what they did was licensing based though like Tony Hawk, guitar hero, 007, Spider-Man, blur.

They also have talented creative studios that were beaten into CoD support instead.
Last edited: Jan 19, 2022

I would like a Remaster of Guitar Hero Metallica please.

According to Metal Jesus, Activision owns the No One Lives Forever franchise, through their purchase of Sierra a long time ago.

I wouldn't be opposed to a NOLF revival.

Fox Mulder said:
People will act like Activision has only ever made trash no one likes now.

They also have talented creative studios that were beaten into CoD support instead.
Click to expand...

Some people on here think every game is trash. Maybe they just here for the butt threads.

Just as long as I get to jam out with those sick SID chip tunes from Master of the Lamps on Game Pass, I'll be good to go.

I think it might be time to take a deeper look into this portfolio.

In addition to NOLF, as I mentioned above, A-B owned all the Sierra IPs and the Vivendi IPs.
The SWAT franchise, the first F.E.A.R. game, Mace Griffin (the only original IP from Black Label, a division of Vivendi), a large number of licensed properties (like LOTR), all the old Sierra classic PC games.

Even if MS doesn't have the rights to make new games for them, it could certainly expand their BC library. FEAR, for example. It's currently disc-only, but their acquisition of A-B might mean they can start selling it digitally.
M

Captain Toad said:
You look at that and it's hard to understand why it's worth so much (more than all of Nintendo). It's just ridiculous how big Call of Duty is. Candy Crush too.
Click to expand...

DenchDeckard said:
would love to see a new StarCraft and Tony hawk but I don’t think it’s that an impressive list to be completely honest But obviously COD is huge and WoW but it’s far passed it’s prime.

imdunno, absolutely insane news and let’s see how it plays out.
Click to expand...

Yeah, Starcraft for sure. Blizzard pretty much wrote it off after the conclusion of 2 so maybe there is a chance we will get another one now.

Unlike Bethesda and Doom/Skyrim/Starfield not a single franchise here that I will actually buy. Maybe Crash? That is about it.

That's a lot of games that were great in the 90's and.. Haven't been since then.

Zeroing said:
Console list wars are now going to be become quite extensive!!! People will need to use excel spreadsheets.

Yeah the ”they only have Halo, Forza, Gears” days are truly over now lol
C

Interstate 76 is the only interesting one to me personally. Interstate 81 rules too.

I hope CoD gets pulled from Sony and slowly dies it’s final death. Maybe Sony would finally put together a worthy competitor in the mp shooter realm.
B

Why? Starcraft isn't on console and isn't sold on Steam. How does this help Microsoft sell consoles or Gamepass subscriptions?


Represent. said:
Literally all mid but COD. But COD is fucking huge. Worth 70B alone.
Click to expand...

Imru’ al-Qays said:
Why? Starcraft isn't on console and isn't sold on Steam. How does this help Microsoft sell consoles or Gamepass subscriptions?
Click to expand...

When did I say it helps them sell consoles? And how does it NOT help them sell Gamepass subscriptions?

lastmessiah said:
When did I say it helps them sell consoles? And how does it NOT help them sell Gamepass subscriptions?
Click to expand...

Is it going to be a Gamepass exclusive?
You must log in or register to reply here.