Today Koei Tecmo announced its Financial Results for the Fiscal Year which ended on March 31, 2022.

The Entertainment business, which includes video games, saw sales of 68.811 billion yen and profit at 33.827 billion yen, showing significant growth on both fronts.

We also hear that Dynasty Warriors 9 Empires has shipped 280,000 units, while Atelier Sophie 2: The Alchemist of the Mysterious Dream has passed 200,000 units sold.

In the future, Koei Tecmo intends to continue its plans to become the “world’s number one entertainment content” aiming to achieve both quality and customer satisfaction, while also pursuing growth and profitability.

Starting with the current fiscal year, the company has launched its new medium-term management plan that aims to achieve 100 billion yen of yearly sales and operating income at 40 billion yen by the fiscal year that ends on March 2025.

Specifically, in the current fiscal year (ending in March 2023), the company intends to continue its policy of “creating and developing global IP” that has driven profit growth for 12 consecutive years.

In the Entertainment business, the plan is to launch a large new game for console (or games, as usual Japanese doesn’t distinguish between plural and singular, even if from the context I’m inclined to believe they’re talking about one specific game) on top of multiple new titles, on top of new smartphone games.

A new IP Business department will be launched to promote IP development and licensing, on top of a new subsidiary in Shanghai to expand Koei Tecmo’s reach in China.

If you’d like to compare, you can check out the previous financial results announcement from January in our dedicated article.

High key one of my favorite Japanese devs.

Recent remastered trilogy of Ninja Gaiden games kind of strongly suggests that they might indeed be working on making a new entry in the series, here's hoping for a badass return for Ryu Hayabusa. Love their action games Ninja Gaiden and Nioh

Ryu is the GOAT of character action protags.

I bought Fatal Frame V twice. Give us a new Toukiden.

I didn't know that somebody would have such great taste in this thread.

How about a Fatal Frame collection?

Make a $10 Aerobiz Remake download and I'd buy it. One of the best SNES games I played. 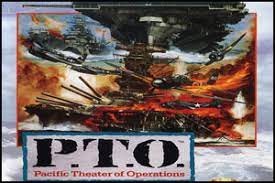 Credit Card is ready for either a full remake or the next installment. On topic, congrats on a great year when many metrics are down yoy.

Ryu is the GOAT of character action protags.
Click to expand...

Ryu is too awesome


i like every game of Ninja Gaiden... even the 3rd game.

Heimdall_Xtreme said:
Ryu is too awesome

Yeah I never played Vanilla 3. But I enjoyed Razors Edge. It was the first time Ryu seemed to have some character development and they portrayed him well as the conflicted hero willing to make big sacrifices.

This song suited him well:

I felt like overall Ryu came out looking like a huge bad ass who will always clinch victory no matter the odds in the story.
P

TLZ said:
How about a Fatal Frame collection?
Click to expand...

How bout a fatal frame that's not censored.
You must log in or register to reply here.

StreetsofBeige replied
May 12, 2022
Koei Tecmo Teases Reveal of Games in The Works for Years That Will Show its “Full Power”