Is Miyazaki’s run since Demon Souls the best 4+ game run for a single game director?

Is there another game director who has had this many superb games in a row?

I cant think of anyone better, though i still havent played Elden Ring

Only real competition would be Houser, Kojima and Nintendo Man.

I hope he's just getting started.

nope. master genius at work, its like living in the messi ronaldo era, you will not see another one like him.

You just wait till bloodborne 2 arrives in the next few years.

Helps that it's the same game every time.

Easily the best videogame director that has ever graced the medium.

What a god. And what a time to be alive. 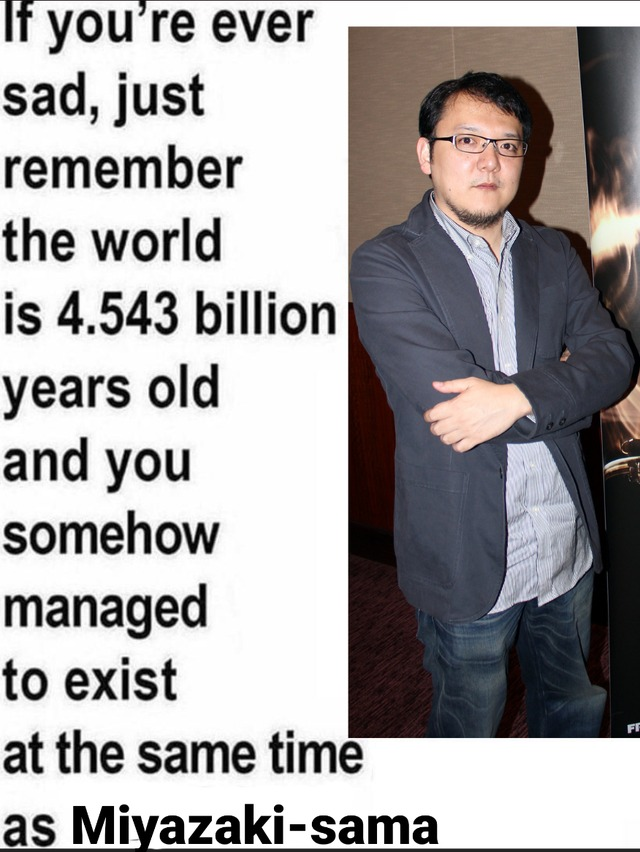 back to sleep bitches

i said back to sleep

Josef Fares is on his way.
Aonuma would've been there but he switched to producing.

What about Miyamoto.
A

Kojima's is actually crazier since you aren't even starting at the right spot. MG1->Snatcher->MG2->Policenauts->MGS->MGS2 is absolutely insane. And I'm even leaving out MGS3 which a lot of people consider the best one.

That said, this feat is also super impressive and I'm glad that I stuck with Demon Souls and Bloodborne long enough for them to click with me. I just hope I come around quicker on Elden Ring lol

That's my thought as well... i mean, without him, nobody would be here talking about video games or anywhere. He mades video game interesting and acccessible to everyone. He's literally a living legend, nothing less.
Last edited: Feb 25, 2022

Yes it is followed by Miyamoto.

can we play the game first?

Kojima arguably has been making great game non stop since the 90s. So his run is technically the longest and most consistent.

Druckmann is the other one who's close with The Last of Us, Left Behind, Uncharted 4, and The Last of Us Part II. That's 3 great games (and a DLC expansion) in a row. Plus he was lead designer and co-writer of Uncharted 2. So that's a solid run of 2009-2020.

And Todd Howard was doing good til he flopped with Fallout 76.

Just shows how Miyazaki's run from 2009-2022 is incredible. And should keep going.

Brian Intihar has been on a roll also

Miyazaki is definitely one of the GOAT. Spawned a new genre and keeps improving and evolving it. Looking forward to his next Armored Core game too.

Cory Barlog directed God of War 2 and God of War (2018). Don't know what his next two would be, but those are my two favorite entries in that franchise.

Been gaming since the late SNES era. Miyazaki is undisputedly the best of the best. 5 of the best games of all time in my opinion. The highest standard in the business.

He is consistent with his genre, I'll give him that.
But I wanna see make something different before giving him that title.

I would have to say yes. While I didn't love Bloodborne, Demon's Souls and Dark Souls were revolutions for me. Dark Souls is my favorite game of all time and it's not even close.
I'm also not even that good at gaming for what is asked from you in these games, but for the Souls game, I put the time in. Can't wait to play Elden Ring.

Miyamoto had a three generation long run of creating some of the most critically acclaimed, influential games ever made. So Miyazaki is not quite there yet, but god damn is he on his way.

If only he had competent developers to bring his vision to life in a not-awful way... Imagine what could have been.

I don't care for any of his games so not IMO.

Maybe not consecutively but Mikami has a better resume imo
Last edited: Feb 25, 2022

There are plenty more. This thread could be remade to point out the Hall of Fame of game directors. Here are two more good picks.

Didn't Miyamoto begin the Donkey Kong, Super Mario, Zelda and Metroid franchises in the span of a few years?

Miyazaki does not miss.


blacktout said:
Miyamoto had a three generation long run of creating some of the most critically acclaimed, influential games ever made.
Click to expand...

I misread "Miyamoto" as I first read your post as "Miyazaki" and completely agreed lol
Last edited: Feb 25, 2022

Yes, From Software games are currently my favorite games.

Kojima went close with MGS1, MGS2 and MGS3, but after that the series started to decline and Kojima's admiration for Hollywood stars and western games started to affect the quality of MGS games. MGS started to lose it's own identity to try to replicate what was doing success in the western game market.

About Miyamoto, my impression is that he ruins a lot of games nowadays. I played Star Fox Zero and the motion controls are horrible, it would have being better to just let Platinum Games work and make a traditional Star Fox. I also read that he ruined Paper Mario.
Last edited: Feb 25, 2022

Recency bias much? EVERY question regarding being the best starts and stops with Miyamoto. I haven't bought a Nintendo console since the GameCube but put some respect on the man's name for God's sake.

No it's probably that other guy. What's his name again?

Miyamoto is obviously on another level (and I say this as someone who's never enjoyed any of Miyamoto's games), but Miyazaki is easily the second best director of all time.
S

TGO said:
He is consistent with his genre, I'll give him that.
But I wanna see make something different before giving him that title.
Click to expand... 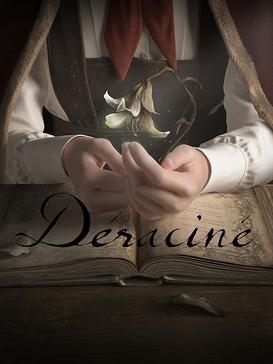 Miyazaki is a modern cultural treasure.

"Is Miyazaki's run since Demon Souls the best 4+ game run for a single game director directing games I like?" Fixed the title for you.

As other posters have pointed out, there are others that have accomplished several good game releases in a row. I mean, we could approach it from the franchise perspective too for games released by the same director: Mario, God of War, Gran Turismo, MGS, Zelda, Smash Bros, Mario Kart... The list goes on and on.

Miyazaki is one of the greats, for sure but I don't think he is the best.