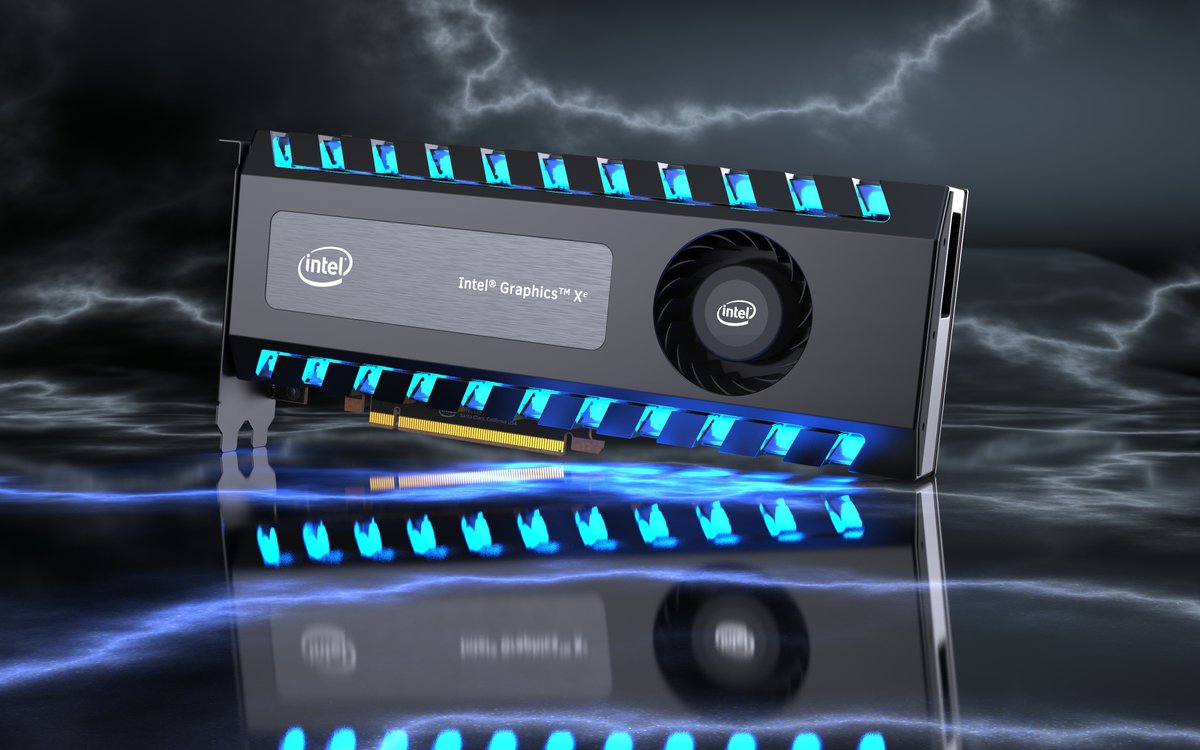 As Intel readies its next-generation Xe GPU architecture for launch, the first references of the high-end variant known as the Xe-HP have appeared in a document published by Intel. The Intel Xe-HP GPUs would be powering all the way from enthusiast-class to workstation tier graphics cards as hinted by Intel previously.

Intel's Xe-HP 'High-Performance' GPU Referenced In Latest Open Source Documents - The Third Enthusiast & Workstation GPU Entrant
We have been hearing a lot about Intel's Xe GPUs but those are mostly the low power parts derived under the Xe-LP architecture. The Xe-HP 'High-Performance' GPUs were spotted by the tech leaker, Komachi (via HardwareLuxx), who found them hidden inside one of Intel's Open Source Platform documents retaining information about Iris Plus & UHD graphics. The updated adds a 'new systolic pipeline addition on EU (Execution Uni) from Gen 12 HP onwards' which are still early additions to the upcoming GPU architecture but it looks like Intel is now moving on from Xe-LP and is shifting gears to high-end graphics.

The specific section of the document can be seen below: 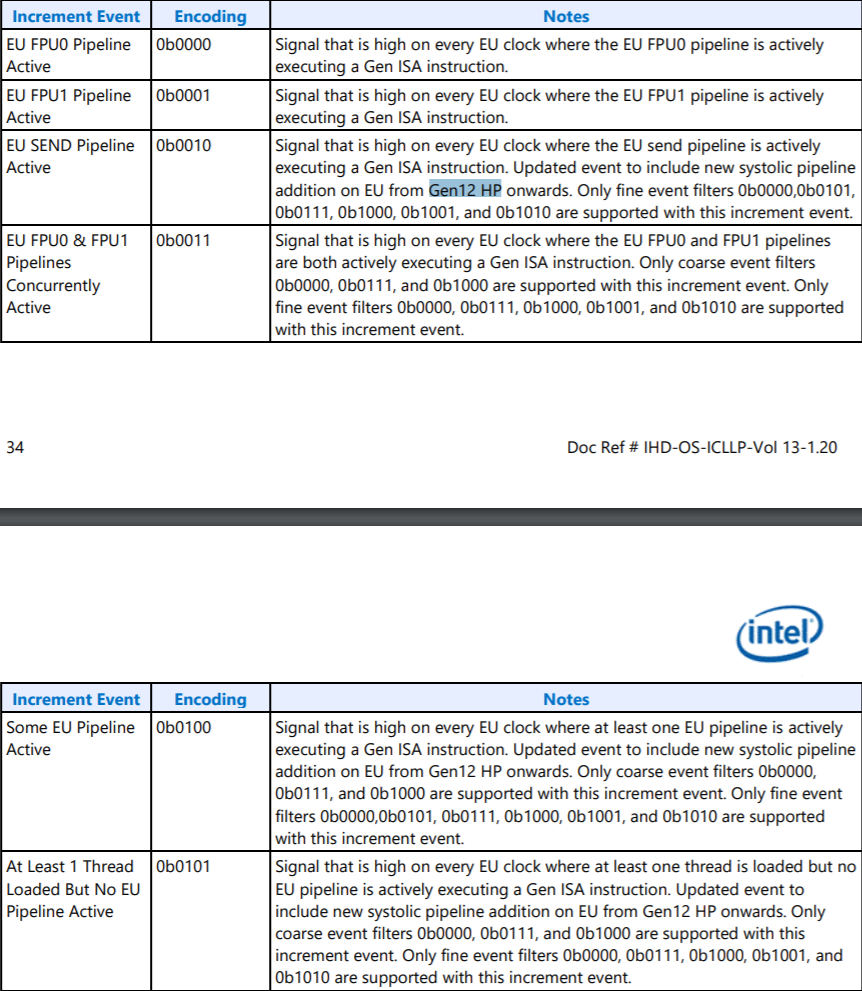 Three parts were mentioned with 128, 256 and 512 EUs (these could also be taken as bus widths but previous GPUs used this number to refer to the EU count, not bus width). Considering that DG1 with 96 EUs sits at around 2-3 TFLOPs, a 128 EU chip could end up around 4-5 TFLOPs with 256 EUs offering around 5-10 TFLOPs and 512 EUs offering around 10-15 TFLOPs of FP32 Compute output if clocks scale really well on the higher-end GPUs.


In our most recent piece, we got to some more info on what the Xe-HP GPUs would look like. It looks like Intel's GPU design would be close to NVIDIA, at least visually, with several EUs being packed inside a single Tile. It is similar to how NVIDIA arranges several SM units within a GPC (Graphics Processing Cluster). Each Title would consist of 512 EUs and each EU will have 8 cores. Once again, the design of Intel Xe-HP and Xe-LP microarchitectures would be vastly different. It is stated that 512 EUs would be a single-tile GPU and Intel plans on offering up to 4-tile GPUs but I am not sure if that makes a whole lot of sense in the consumer space but it can work in workstation segments.

Here are the actual EU counts of Intel's various MCM-based Xe HP GPUs along with estimated core counts and TFLOPs:

A 4-tile GPU would be seriously impressive and that may be why Raja Koduri mentioned it as the 'Father of All GPUs' in a recent tweet.

Intel's Xe-HP GPUs may have multiple variants with different die sizes. It's also noteworthy since Intel's Ponte Vecchio GPU which is based on the Xe-HPC architecture would actually utilize an MCM design and would feature several GPU clusters within it that are surrounded by large density HBM packages. 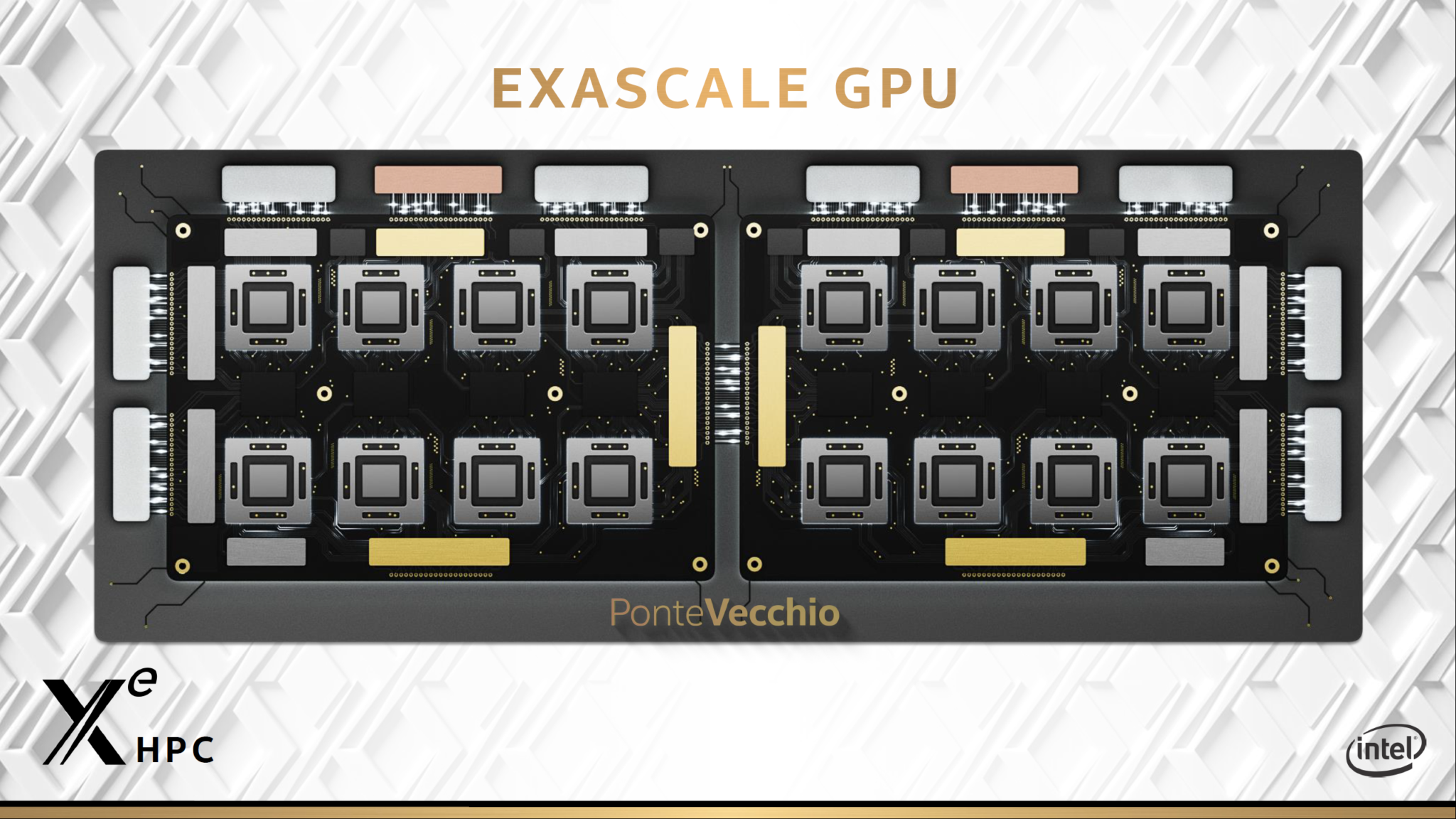 Intel will be manufacturing their Xe HPC class GPUs on the latest 7nm process node. This is also the lead 7nm product that Intel has talked about previously. Intel would make full use of their new and enhanced packaging technologies such as Forveros and EMIB interconnects to develop the next exascale GPUs. Just in terms of process optimizations, following are the few key improvements that Intel has announced for their 7nm process node over 10nm:

The Ponte Vecchio GPU based on the Xe-HPC microarchitecture would scale to 1000s of EUs so it's very likely that a variation of either Xe-LP or Xe-HP would be used with a low-tier Tile configuration and then featured inside the Ponte Vecchio MCM package. All of this would bring a third entrant in the Enthusiast and Workstation GPU space which is currently made up of AMD and NVIDIA GPUs.

It looks like that Intel's Xe-HP Enthusiast and Workstation graphics cards would go up against AMD's RDNA2/CDNA2 and NVIDIA's Ampere GPUs which are expected to be announced later this year. Intel would be unveiling its Xe-LP powered stuff with Tiger Lake CPUs first and then move on to the discrete graphics cards offerings for consumer and workstation market and finally enter the exascale race by 2021.

Intel's Xe-HP GPU which would go on to power the blue team's enthusiast and workstation class graphics cards has been spotted.

So now Nvidia boys and AMD boys can gang up on the new boy instead of beating each other up.

Is this a new pronoun?

Birdo said:
Is this a new pronoun?
Click to expand...

Yeah, for people who have had their gentiles reassigned to their head.

JimboJones said:
Yeah, for people who have had their gentiles reassigned to their head.
Click to expand...

hyperbertha said:
So now Nvidia boys and AMD boys can gang up on the new boy instead of beating each other up.
Click to expand...

The irony is that while we needed AMD to provide Intel cpus with some proper competition (which they have) to try and force intel to lower their prices and make bigger advancements instead of milking it...

Now everyone will be rooting for intel gpus hoping in forces Nvidia to lower their prices.

How does Intel's One API play into this versus:

Kazekage1981 said:
How does Intel's One API play into this versus:

Raja Koduri graphics card; no thanks. 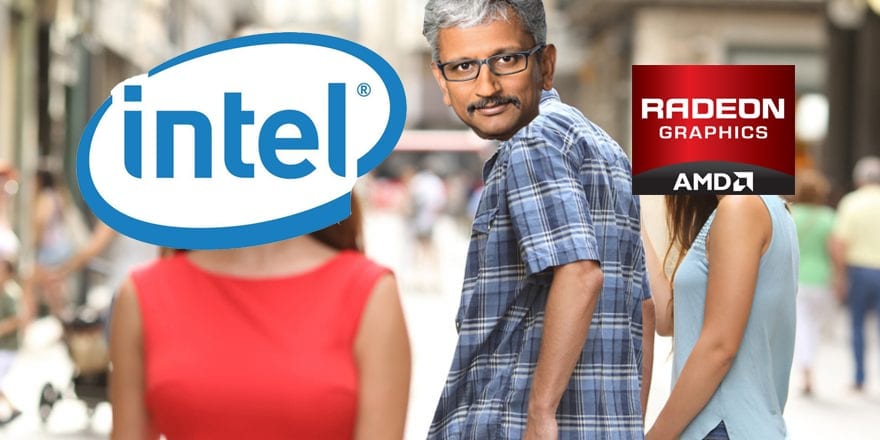 When I read about intel graphics, I feel like I'm in an alternate universe. I feel like one of 2 things is about to happen:

1: Nothing, these will such and nobody will care
2: They may, in a few years, offer a revolution of computing and graphical power the likes of which we don't have currently (exponentially more so that it's competitors unless they also adopt a similar form of X multiplying GPU's)

Really curious how MCM design will plays out outside HPC, if Intel can make it work for games, that will be a huge game-changer.

ZywyPL said:
Really curious how MCM design will plays out outside HPC, if Intel can make it work for games, that will be a huge game-changer.
Click to expand...

To some extent you’re talking about doing CrossFire on a single package.
Game developers don’t want to spend the necessary resources to code their games specifically to work with a multi-GPU array with a minuscule install base, and that would be the same with an MCM design.

sonomamashine said:
To some extent you’re talking about doing CrossFire on a single package.
Game developers don’t want to spend the necessary resources to code their games specifically to work with a multi-GPU array with a minuscule install base, and that would be the same with an MCM design.
Click to expand...

CF/SLI is physically what MCM is, yes, but on the software layer it is still 2/3/4 separate GPUs that need a lot of work in order to work together, with still not even close to perfect 200/300/400% scaling, whereas the whole idea behind MCM is to make those multiple dies to be recognized on the driver level as one big GPU, without the devs needing to write even a single additional word in their game code.

ZywyPL said:
whereas the whole idea behind MCM is to make those multiple dies to be recognized on the driver level as one big GPU, without the devs needing to write even a single additional word in their game code.
Click to expand...

Wont be easy (in the gaming world), i'm sure our first look at MCM GPU's would be a CF/SLI type (professional use)
You must log in or register to reply here.

Ban Puncher replied
Feb 12, 2020
Intel Xe HPC GPU is Something to Get Excited About
News