I get asked often what the best VPN is. Truthfully, they're all shit unless it's a VPN that's yours. Unfortunately that's kinda out-of-reach for most people - and those that can & do bootstrap their own find it to be an overly manual process. I spent the half year or so developing a user-first approach to security & VPN. Originally, the premise was to allow users bootstrap personal VPN servers, confine the server to some lifetime (~1 week), then blow it up and replace it with another new VPN -- automatically. The point was to show users what a better form of Operational Security can look like - VPNs should be only yours, not static and not shared. Meanwhile, tons of people are using VPN services which they can't prove is secure, nor do they care that other users/the vendor can see their traffic. I see people whining about various VPN vendors and their logging practice. Even sadder, people wasting so much energy arguing about things they can't even prove. Instead of trusting some shady VPN service and having them tell you they're 'secure' and don't collect logs over 30 days... Use something that you know can't log, is constantly moving, and if your VPN gets hacked? You've set a default lifetime of 1 day, so the attacker gets at-most a day's trash, and you've already moved on.

There's a ton more to it, but for simplicity's sake, you can consider this to be a better VPN compared to other VPN services which can be more akin to sharing a gloryhole. For those interested in the deeper tech, I'm still working on two whitepapers that cover some of the underlying innovations. 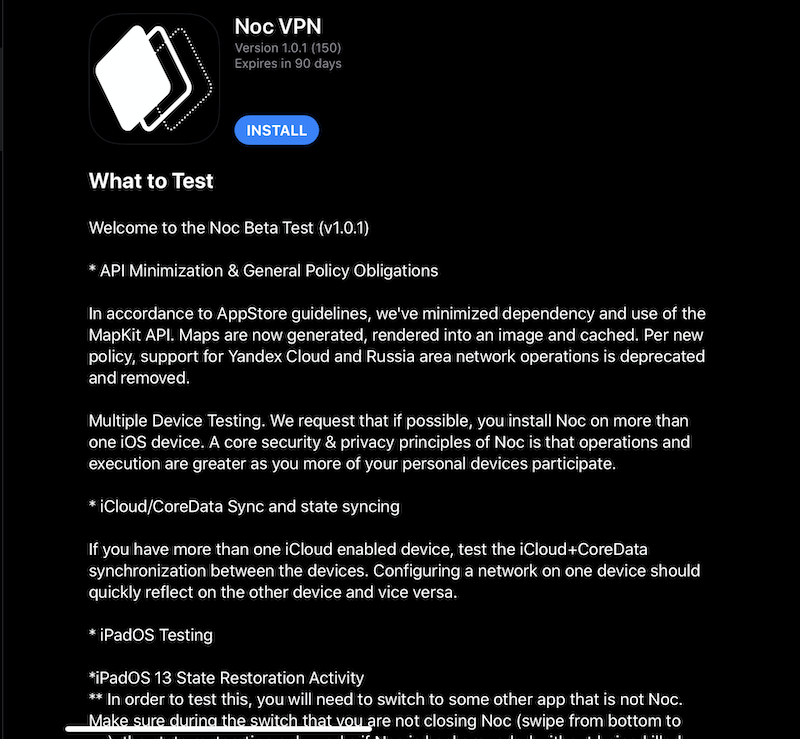 Use-Cases:
* Say you're in some shit-hole country that's blocking your ability to deploy from your device you brought with you. I invented an execution engine that can use leverage your devices you left at home to side-channel deploy operations. Think of it as a personal cloud using all your iOS devices.
* VPN Chaining. This is actually pretty stupid since it doesn't actually add any meaningful value, but I support designing and arbitrarily linking your VPNs. If you wanted to make a tunnel from Australia->Zimbabwe->UAE->Mexico->Russia->USA, you can do that.
* VPN sharing. You can automatically export the configuration and share it with your loved-ones so they can be a moving target just like you.
* If you get banned from resetera, you can arbitrarily change your exit VPN, kind of like a makeshift personal TOR. Circumvention capabilities are inherent.
* There's a ton of non-VPN use-cases, but I'm not ready to talk about just yet

tl;dr I built an app that represents how I want to operate on the internet and while traveling. VPN spins up using multiple cloud providers, self-destructs automatically and your devices queue up a replacement before that occurs. A nice part is that operations occurs on your device and there's no external server dependency. But basically, I have some spots open for the Noc beta, just PM me your email for an invite to the testflight. Priority is given to at-risk users, particularly if you're doing political activism or getting your ass beat by your government.
Reactions: MaestroMike, watatatow, infinitys_7th and 2 others

Everyone thinks their stuff is the best.

but I prefer to share my glory holes.
Reactions: JareBear: Remastered and Ikutachi
F

So its ready and useable? Speeds are ok?

Seems neat, i have vpn would switch to yours if its good

Hard for me to agree with “they are all shit.”

I’ve had nothing but great experiences with PIA, personally

It’s cool you put all this work into your own, though, pretty impressive.
Last edited: Jan 20, 2020

Stuff your own holes with glory!
Reactions: haxan7
You must log in or register to reply here.