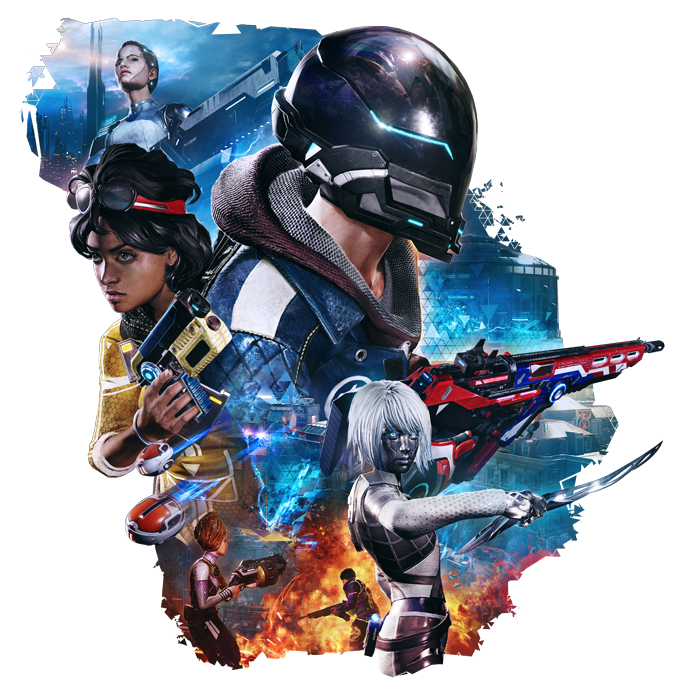 Fight your way through the unique districts of Neo Arcadia, a virtual city featuring imposing landmarks that bring verticality to the next level. Engage in high-stakes combat as you explore its streets, interiors, and rooftops.

Hyper Scape features an arsenal of futuristic Weapons, Contenders will be able to use Hacks a set of lootable abilities that can be found in the city, these abilities can create powerful options for different playstyles.

From laying down Mines that seek out your enemies, to using Invisibility for a stealthy approach, or even to propel yourself into the air before crashing down on your opponent with Slam. Hacks will not only change how you play, but give you the edge you need to take out the competition.

All the while, the AI Game Master will play global event cards during the match affecting players with a slew of buffs. Meanwhile, the map itself, Neo-Arcadia, will succumb to the Decay as it deletes entire districts. All this chaos fuels the heart-pumping action of Crown Rush as you decide to go for the Crown or eliminate all opposition to get the victory.

Welcome to Hyper Scape where anything is possible.

It's 2054 and technology is everywhere. It helps people survive the day-to-day grind - from neural networks to cybernetic augmentations to burgeoning AIs - but for the bottom 90%, living is tough. Many work for megacorporations to survive - these are the lucky ones. There is only one way to rise to the top...one way to change your lot in life and achieve something better: win the Crown in an intense Battle Royale in the virtual world of Hyper Scape.

Champions connect to the Hyper Scape via a B-Link created by Prisma Dimensions. The Hyper Scape is a gateway to a fantastic future. A place to meet friends, express your identity, and of course, flex your skills in Crown Rush. 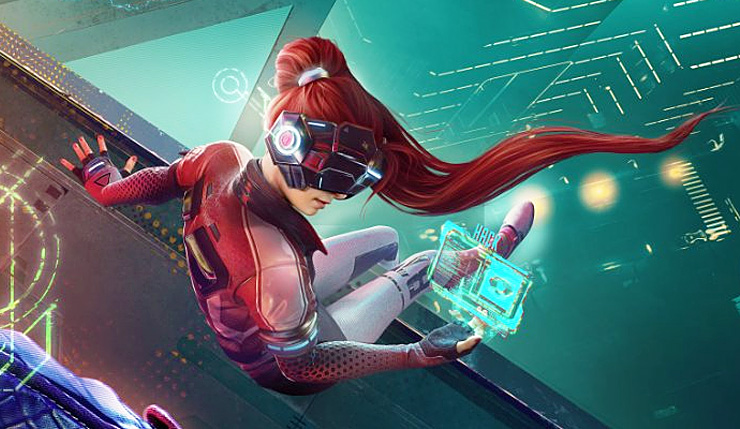 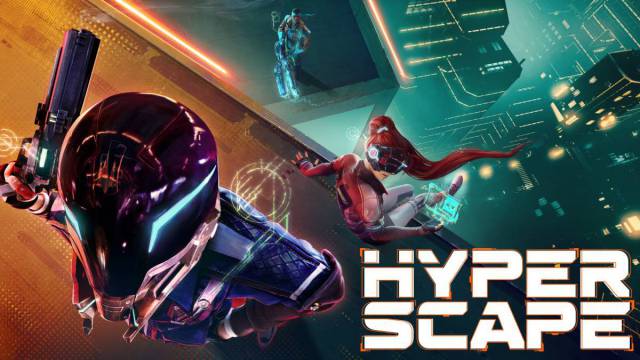 No FOV slider on console.. deleted

game is a blast, can only echo what i've said before about it being an unholy mix of unreal tournament, dystopia, quake, prototype ...

check out the official site and youtube links if you want explicit details, i'll keep the reserved slot in stasis ...

Tesseract So how's the console version?

Why does it have those 3D-ish colours - so offputting like there's something wrong with the screen. Did they fix the skills? They seemed broken/abusable during the beta.

Console version works pretty well tbh, better than my PC and looks decent on PS4 Pro (Not tried One X version yet) the ADS is way off though and is causing me most deaths

Life Yes the ball pickup is used a lot and looks like your playing Marbles on Stream
Last edited: Aug 14, 2020

Tesseract So how's the console version?
Click to expand...

Mr.ODST got you covered itt

solid launch patch, new weapon is nice and the performance feels improved over the beta

Downloaded this and also grabbed a couple Twitch Prime reward bundles... sounds promising via this thread.

Not worried about the battle pass, i think the Apex battle pass sucks too and never buy into it.

It just takes far too long to get into matches. First off, the game takes forever to even boot into the menues. And standing around on a rooftop for 5 mins waiting for the lobby to fill up... is no one playing this on Xbox or what?

Also, guns feel sort of crappy. No feedback at all.

AltogetherAndrews said:
It just takes far too long to get into matches. First off, the game takes forever to even boot into the menues. And standing around on a rooftop for 5 mins waiting for the lobby to fill up... is no one playing this on Xbox or what?

Also, guns feel sort of crappy. No feedback at all.
Click to expand...

Unfortunatleyu without crossplay certain games have terrible player bases on Xbox, on PS4 its pretty instant full lobby tried the One X ver and I was waiting ages.

I just tried it and deleted it after a few games.

Battlepass is laughable, and even the free one is beyond bad for free.
Weapon selection is bad, lots of hacks are garbage, loading into a game takes too long, only about 4 tips in the loading screen and if you switch them too fast it breaks, weapons feel bad, the "HUB" is a glorified menu, switching to melee is dumb, TTK is ridiculous, map is bland (from the top view it looks like the copy pasted sections of AC games in the past)... I could go on but not worth it.

Only thing I thought was cool was instead of a closing circle, you get zones that close.
Last edited: Aug 14, 2020

i like it, prolly my goty unless something better comes along (tony hawk halp)

maybe s06 of apex will save the day

Played few games, it's OK I guess (ps4). My son loves it. It just doesn't stand out for me. I'd give it 7/10. One thing thts OP is tht ball perk lol omg tht thing lasts long asf and ppl run to get the crown, go in ball and bounce around to the end

What playing this did was have me imagine a tron like battle Royale game with a nice, beautiful, fleshed out neon world and not just tron cycles but ppl on foot as well.

Its different than other BR games, it feels faster. The gunplay feels good, battlepass looks kinda weak, the cosmetics are that enticing. Not much weapon variety, the city that you fight in after a while feels samey. Playing this game just confirms that I do not like BR games, at all.

Tried it on PS4 Pro, it's super smooth and very beautiful, but not my cup of tea.

Neolombax said:
Its different than other BR games, it feels faster. The gunplay feels good, battlepass looks kinda weak, the cosmetics are that enticing. Not much weapon variety, the city that you fight in after a while feels samey. Playing this game just confirms that I do not like BR games, at all.
Click to expand...

It's borderline not a BR with how much they've deemphasized the BR aspects of the game. It feels much more arena shooter than Battle Royale.

Is the game dead?

Compsiox said:
Is the game dead?
Click to expand...

very much so yes.

Is this game still alive? I don’t see it mentioned anywhere anymore

it's alive, doing aight on pc