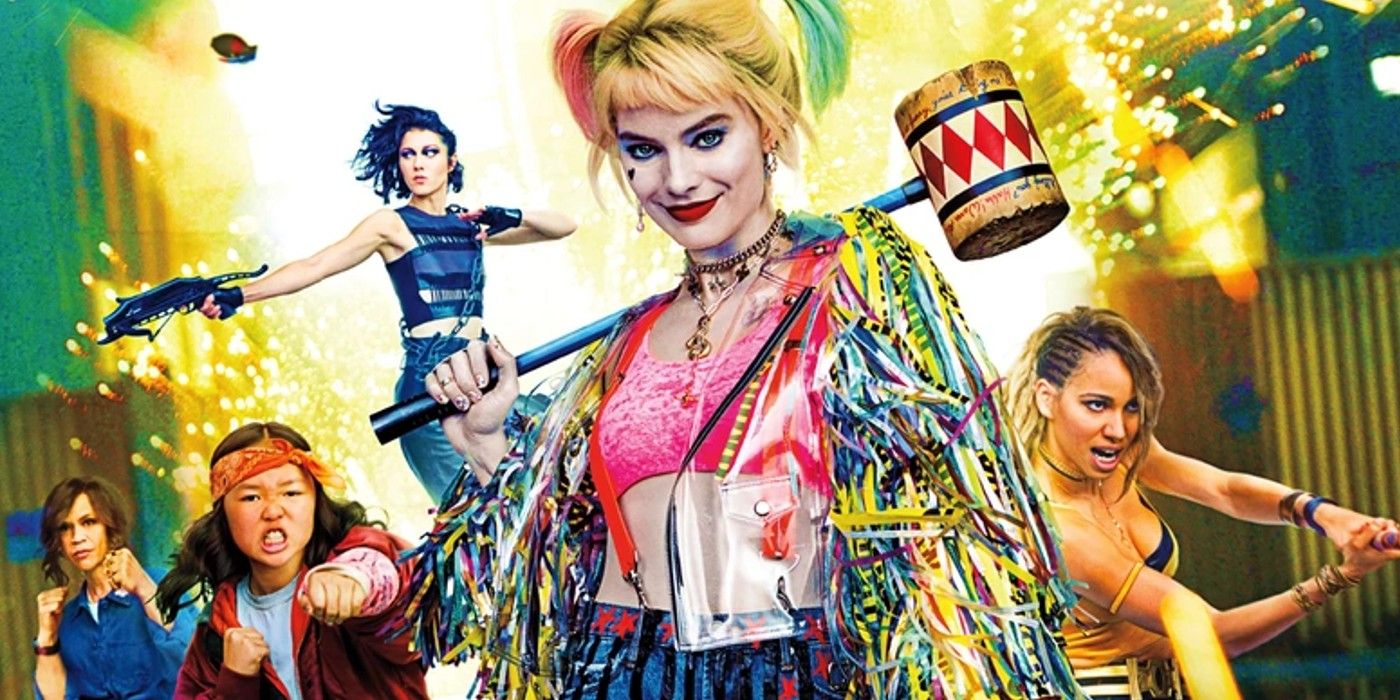 The version of Birds of Prey (And the Fantabulous Emancipation of One Harley Quinn) now streaming on HBO Max is edited for broadcast TV standards.

The version of the Harley Quinn-centric DC superhero film now opens with a warning that reads, "This film has been modified as follows from its original version: it has been edited for content." Though the service still lists the uncut version's R rating from the MPAA for suggestive dialogue, language and violence, the R-rated content has been scrubbed from the movie, with curse words dubbed over with G-rated euphemisms and visual gags like Renee Montoya's T-shirt (which reads "I shaved my balls for this" in the original version) blurred out.
Click to expand... 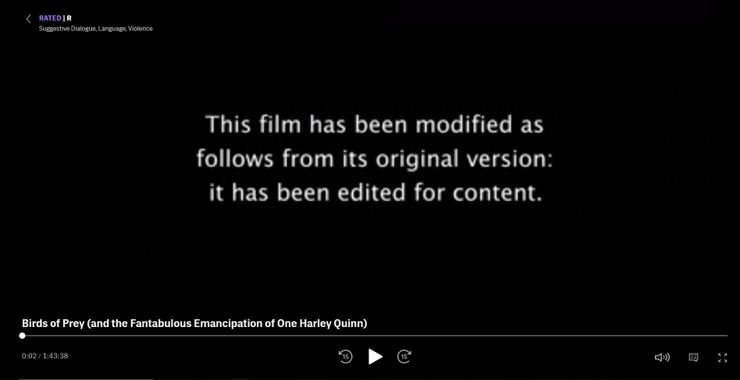 This edited version of Birds of Prey is the one that has been airing this month on TNT with a TV-14 rating. HBO Max streams content from throughout the WarnerMedia library, which includes both HBO and TNT among various other TV networks. Perhaps the most likely explanation for why the edited version of Birds of Prey is the version streaming is that the broadcast rights transferred from HBO Max to TNT, and as a result, HBO Max has to stream the TNT version if it is to stream the movie at all.
Click to expand... 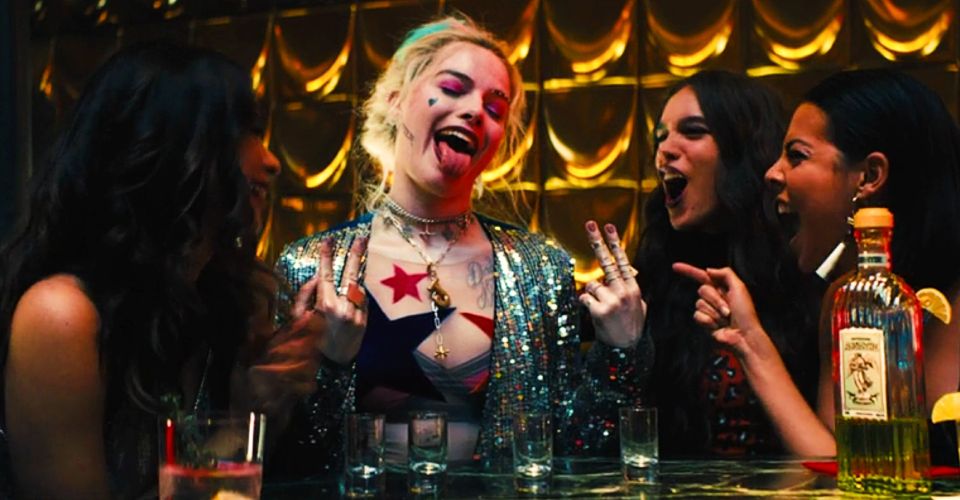 Wow, must be desperate to get those viewing figures up now.

That's crazy. I watched it and don't remember anything too crazy in it. Then again I barely remember the film other than being fun but not memorable. How utterly pointless.
E

I guess the target audience for this is mostly kids.

Kids who can already watch Game of Thrones on HBOMax.

There's gotta be dozens of people really angry about this.

I guess in their eyes providing their customers access to the TV-14 version was better than nothing? I mean, HBO is home of some of the most salacious and vulgar shows in television history - I doubt they're trying to push censored content onto their customers out of some kind of moral objective.
Last edited: Nov 27, 2021

If that licensing theory is correct, it kinda seems like someone made a fuckup.

And nothing of value was lost.

Off brand, would've expected HBO to go the other way with it.

I watched like a quarter of this and all of the rated r and cursing stuff sounded incredibly forced anyways.

I mean this was the least of the film's problems.

Who cares about this disgusting film?

As much as I like to shit on Warner, this is an error:

HBO Max will be updated soon

They should delete the entire movie from existence and put anyone who enjoyed it into a mental asylum cause that shit was a genuine 1 out of 10.

Is this like the stability updates in movie form?

Did they re-edit it to not be shit? One of the worst movies I've ever seen.
You must log in or register to reply here.