Has a game ever made you feel emotional?

Silent Hill 2 as some have already mentioned.

Runner up for me was Witcher 3 Blood and Wine, If you have read the books it just makes Regis and every conversation with him so awesome.
G

Kara no Shoujo is the most depressing visual novel I've ever read.

The ending to this game never fails to make me cry like a big baby.

Off the top of my head (I'm a pussy, and spent the better part of 30 years with undiagnosed and untreated depression, so, lmfao)

this had me tearing up ngl

manhunt, in a bad way

delete. didn't realize I had already commented
Last edited: May 22, 2022

good old Phantasy Star Online, I remember the first time I played it and saw the true ending all those years ago. I remember delving onto the early internet forums at the time to make more sense of it and reading through the logs. Then it hit me who the woman was and what she went through.


so whenever I hear this music I get really emotional, it sort of combines the thousand of hours I put into the original game and its version 2 on Dreamcast, the story of Rico and the utter hell that was her life at the end. it just creates this pit in the bottom of my stomach of profound sadness.

Scarlet Nexus made me feel emotional and Demon Slayer: The Hinokami Chronicles too, but I knew that because of the show’s contents that already tugged at my strings.
Last edited: May 22, 2022

The end of Persona 5 and Persona 5 Royal. Once Sunset Bridge starts playing, you know the game's coming to an end and you leave your friends to go home. After 4 playthroughs, it gets me every time.
V

Fragile Dreams: Farewell Ruins of the Moon for the Wii. I played for the first time just a few months ago, and I will tell you that it's not a good game. Definitely not by the standards most people would judge that by. The combat is bad, the controls aren't good, the camera sucks, and the graphics have aged like mayonnaise in the sun.

All that said, the game captures the feelings of loneliness and disappointment better than any video game I've ever seen. It creates this cycle of deflated expectations and gut punches with spans of just feeling alone in between. Assuming the controls don't frustrate you too much, it's impossible to think someone could make it through this game without really getting hit in the feelings.
Last edited: May 22, 2022

Definitely. Some memorable ones:

Phantasy Star: My first RPG, felt so intense and so epic, I could barely hold the controller by the time I beat it.
Shenmue II: The whole third act in Gui Lin was so incredibly different from anything I had ever played.
Gone Home: You either fall for this one's misdirections and give into its core conceit or you don't, but I the ending was super emotional for me.
Lone Echo: VR tends to really amplify the sense of emotions in games, but the end of this one made me cry.
Rez Infinite Area X: This one is the only one that made me emotional without any story, purely by aesthetics. I found it almost overwhelming the first time I played it.
C

Rime is the one that immediately comes to mind. Probably the only game I've played that I'd unhesitatingly describe as 'art'.

Ocarina of Time doesn't really hit those heights, but it's still a wonderfully atmospheric game. Pretty much the entire journey is suffused with this rather beguiling melancholy. It's definitely beautiful.

Also, I recently played through Demon's Souls, and the Tower of Latria level is uniquely haunting.

Just me with Halo 4 then. Sorry, can't help it.

A lot tbh, "That Dragon, Cancer" had me bawling, same with "Before your Eyes", but performance wise, I gotta hand it to TLOU2, stelar performance by the cast, that last scene between Joel and Ellie is amazing.

The ending of Red Dead Redemption 2 made me angry. He deserved better, but went out like the hero I played him to be.

The end of God of War 3 sent me into a bit of melancholy. I can't say exactly why I got emotionally invested in this simple tale of revenge, but I did. And seeing Kratos effectively attain his goals but it meaning absolutely nothing in the end, really, just kind of sent me adrift.

Gamma's story on Sonic Adventure had a surprisingly emotional weight that I didn't expect for that game, especially the conclusion. It did leave me pretty emotional as a kid

The death of Nei in Phantasy Star II. 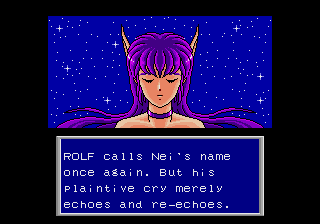 TLOU2 had me feeling intense and varied emotions. Something alot of serious games fail at often. I think the quality of the mocap and acting helped alot.

The shuttle launch bit was beautiful.

Most games dont really do it. Cant remember the last one that did...

Metal Gear Solid 1 - What are we fighting for Snake!?
Metal Gear 3 - She was a true patriot....
Metal Gear 4 - Shadow moses wao....and the fight with Liquid was just so amazing and playing all the awesome metal gear themes during the dif stages of the fight
Zelda Link to the past - The ending just one of my favorites
FF7 remake...damn the nostalgia hit me the hardest with this one...damn squenix!

When Jackie died in Cyberpunk I was sorta bummed out. I didn't play the game for awhile after because I really liked his dynamic and when he gets killed I lost motivation to play.

GOW2: When Dom finds Maria. Absolutely brutal. I am still out of tissues.

If by emotion you mean rage? Every FIFA game with online play

Way too many to name! I'll just jot down the first ones that come to mind.

Mother 3 - The first chapter, and the last chapter.

Dragon Quest XI - Several points, but most notably the mermaid story, Rab's side story, and most of the Dundrasil stuff.

Final Fantasy X - I didn't like this game very much but it sure nailed the ending.

SupremeHoodie said:
When Jackie died in Cyberpunk I was sorta bummed out. I didn't play the game for awhile after because I really liked his dynamic and when he gets killed I lost motivation to play.

This guy, for those that didn't play the game.
Click to expand...

really well directed scene that , the music along with the voice acting. i was really sad for my bro jackie
S

Shadow Moses in MGS4, made so sad and nostalgic and made me realize that just like Snake, I was getting older…

Also, this made me laugh

Plenty of times. I revisit games I love in many different ways and use them as a form of meditation and reflection, relaxation too. So many video games that inspired, invoked emotions, and brought out thoughts that movies or any other medium cannot. Video games are in a class of their own

The end of Ghost of Tsushima.
J

Most games are so poorly written, it’s hard to form any attachment to the characters.

RDR 1 made me go ”oh shit“ for the twist, but thats when I was younger, hell back then Gears 2 when the wife is dead scene that was harsh. I started reading good fiction though and realized games are pretty weak story developmentwise.

I can’t say I’ve ever cried for a game.

Spider-man for PS4 made me excited to finish it even though it was protracted.

Guardians of the Galaxy made me hate James Gunn for doing such a hack job on characters that have so much depth and character.

I guess those are feelings, most feelings besides this is just cringe though and wishing there were better writers for games.

Kojima games always piss me off, because if he had more skill developing characters he wouldn’t have to use fucking juvenile humor as a crutch ruining possibly awesome story moments. Death Stranding had some great characters and story, but it was all ruined by the fucking hammy corn he just can’t resist throwing in the game.
Last edited: May 23, 2022

The Witcher 3 bloody Baron, had me thinking all night. The last of us opening sequence. Spiderman 2018 ending with aunt may actually made me well up.
Last edited: May 23, 2022

It's amazing that that is a side quest that could easily be missed by players.

When i completed that quest, i had to pause and just sit in silence for a bit, not only was that one of the best side quests ever, it made me realise how special The Witcher 3 was.

No, and not even nearly, if you're talking about sadness or tears. I react to my interaction with games, I don't react to characters and their emotions.

I will never understand crying at games. If it wasn't for the Internet, I'd never have known people do it. MGS3 ending? Lol ok what's there to cry about?
F

And i know its not a game

But Attack on Titan legit made me cry too

every From soft game, those emotional highs and lows aaarrrrgggghhhh

Quite a few games managed to get an emotional reaction out of me if I stop to think about it: Half-Life 2, Rime, Uncharted 4, TLOU I+II, Inside, Little Nightmares I+II, The Witcher 3 and I'm sure there's a few more I'm just not remembering right now.
You must log in or register to reply here.

GymWolf replied
Jun 9, 2022
Games that made you believe it was the best game you ever played right after?
2 3 4

Sophist replied
Apr 11, 2022
Thrill Drive from Konami! The best game nobody ever played...and others just like it

MonkeyClaw36 replied
May 17, 2022
Ongoing investigation into the mysterious, seemingly unrelated deaths of 3 children of the same family