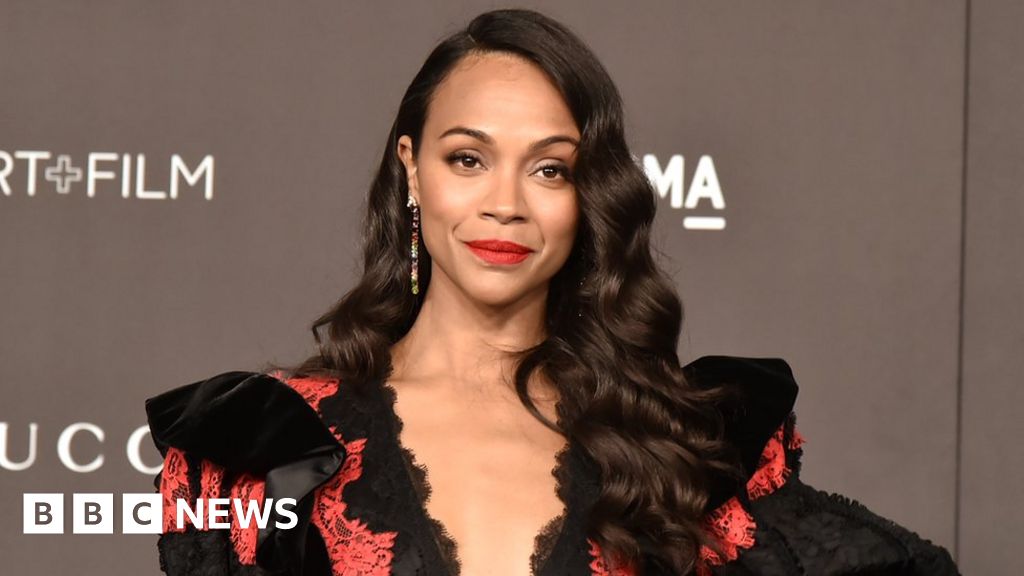 The actress says she "should never have played Nina" in the heavily criticised 2016 biopic.

Not black enough, not the right kind of minority, blackface.

It's a shame, Saldana is a hotty
Click to expand...
She's been on the woke train for a long time; no sympathy. 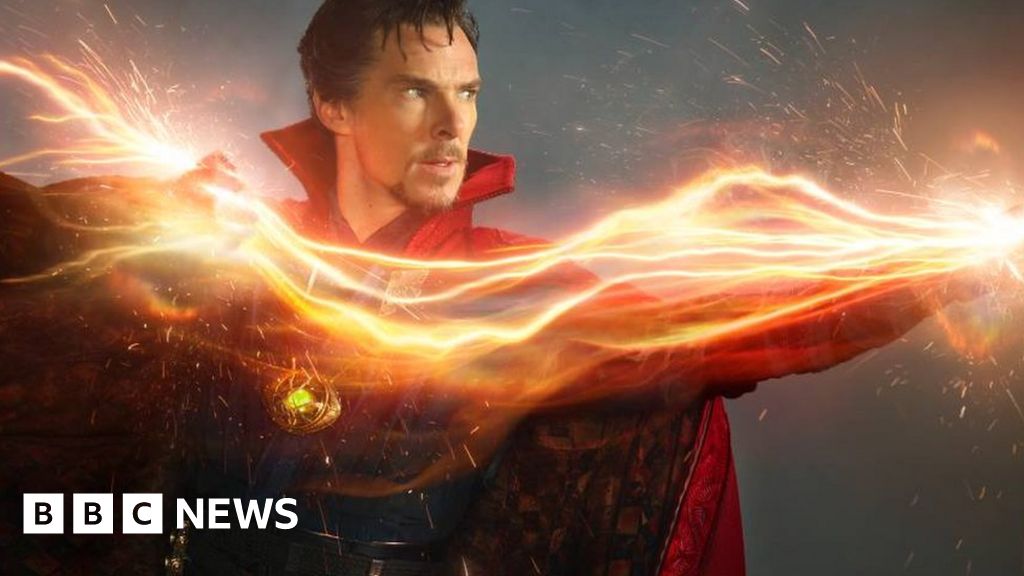 Hollywood catered to the Nazis before World War II to sell more films, claims an Australian scholar in a book that's now out in German. The highly controversial thesis puts a chip in Hollywood's anti-fascist image. 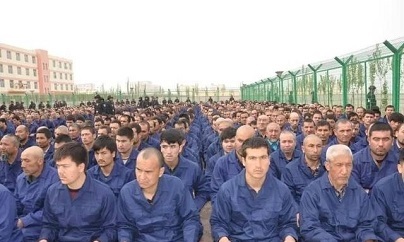 Reactions: PSYGN, Tesseract, Shodan09 and 10 others

evil Republicans try to get a black man on the presidential ballot, stealing the shine from Biden, who is owed all black votes

Asked if his campaign is deliberately trying to hurt the Democrat’s chances, West said, “I’m not denying it”

pitchfork.com
Click to expand...
Kanye didn’t you hear Clyburn’s mind control signal? If you don’t vote Biden you have to turn in your Black card.
Last edited: Aug 7, 2020

autoduelist said:
Network is definitely a must watch. We should come up with a movie list to watch.

I haven't had coffee yet, but will add A Clockwork Orange to the list. Invasion of the Body Snatchers. Manchurian Candidate. The original Red Dawn.

Oh shit... someone told me to watch a movie a couple months ago, and i researched where to stream it, and now can't remember the name. Hrm. If you are here, remind me!
Click to expand...
Network
Demolition Man (Biden the movie)
Conan The Barbarian (Thulsa Doom snake cult)
Omega Man
Soylent Green
Return of the Living Dead (zombies that want to eat your brains)
Prince of Darkness
They Live
The Arrival
Robocop
Reactions: Boswollocks, Breakage, Bombchelle and 5 others 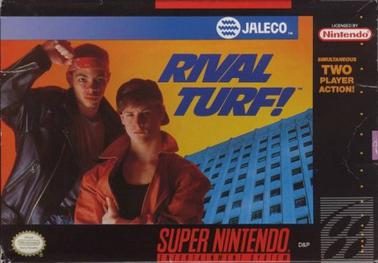 MetalAlien said:
Network
Demolition Man (Biden the movie)
Conan The Barbarian (Thulsa Doom snake cult)
Omega Man
Soylent Green
Return of the Living Dead (zombies that want to eat your brains)
Prince of Darkness
They Live
The Arrival
Robocop
Click to expand...
How the fuck did i miss They Live?

Might as well add Escape from New York and The Thing.

If anyone likes old war movies, check out Sgt. York. I haven't seen it in a very, very long time but it stays with me.

And I recently rewatched The Outlaw Josey Wales, which is one of my favorite films. Civil war era, and it touches on politics intelligently, stepping into hard topics and not shying away. Plus Clint Eastwood is a badass.

I guess we are off topic now.
Last edited: Aug 7, 2020
Reactions: MetalAlien and Bombchelle

It is ABSOLUTELY enough to simply not be racist. It's also incredibly easy.
How do I know?
If everyone on the planet decides to not be racist then racism vanishes.
The only way it survives is by people keeping it alive.

Hey, fellow supremacists, we did it! We got our own month!

Schrödinger's cat said:
Hey, fellow supremacists, we did it! We got our own month!

Click to expand...
I demand to have a topic about this pinned in Off Topic for the whole month!

autoduelist said:
Click to expand...
What in holy fuck

So is Arthur supposed to be Hispanic then? Going by anthromorphic fur color rules laid down by the show, that would be the logical leap!
Reactions: NeoIkaruGAF

autoduelist said:
Click to expand...
I wanna see the black people from the show now

Love to be told about racism by a white Canadian lady doing animated blackface
Reactions: SenseiKreese, NeoIkaruGAF, voidenberg and 3 others

mcz117chief said:
Clearly something only a racist would say! Off to the Gulag with you!
Click to expand...
I'm a Nazi Russian bot. I just admit it. 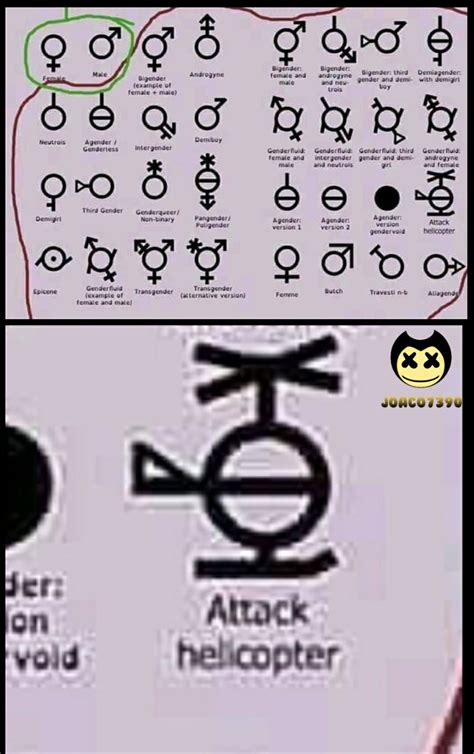 Under no circumstances am I typing "worm community" into a search engine.
Reactions: Ryujin, Stilton Disco, NeoIkaruGAF and 3 others

Schrödinger's cat said:
Under no circumstances am I typing "worm community" into a search engine.
Click to expand...
I saved you a job. 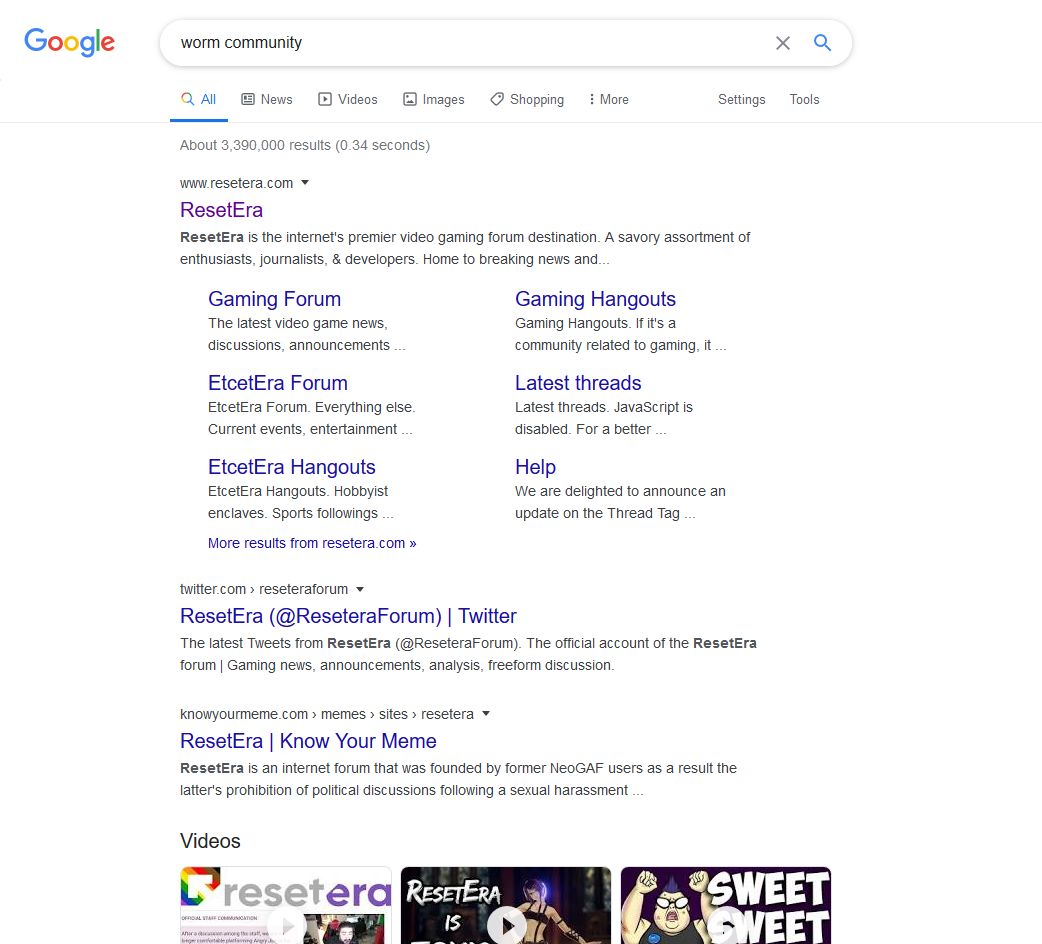 Reactions: Thing on a Spring, Tenaciousmo, Ryujin and 13 others

Click to expand...
This reminds of that movie, Videodrome.
Reactions: Nymphae

Click to expand...
Man they really added to the Unown collection of Pokemon since the Older gens huh?
Reactions: Bombchelle, mcz117chief, Stilton Disco and 2 others

And then the woke mob came for the uniform of the summertime backyard BBQ, Hawaiian shirts, calling them symbols of white nationalism.

The Economist reports that the group of cop-hating-anarcho-communists who call themselves “The Boogaloo Boys,” a name inspired by an old movie, use Hawaiian shirts as part of their uniform to further their diabolical plots, whatever those are. Since they are mostly white, like antifa and Black Lives Matter rioters in Portland, the woke mob has determined that it makes them “white nationalists” and therefore turns Hawaiian shirts into the uniform of white nationalists.
Click to expand...
The Hawaiian shirt reflects the diabolical sense of humor at the root of the boogaloo community. “Hawaiian luaus feature a pig roast, which is a slur for the police. So [the shirt is] also a way of evoking or suggesting violence in the coming civil war against the police”…

The boogaloo community’s Hawaiian-shirt dress code crystallized in a more organic, bottom-up way, emerging via a tangled web of internet humor and memes. Within fringe groups, this circuitous pathway from a meme to something more real is “a new phenomenon” said Ms. Miller-Idriss. As an earlier example of a meme that was elevated into alt-right iconography, she points to Pepe the Frog, a cartoon that in recent years was appropriated by racist and anti-Semitic groups and subsequently plastered on T-shirts, stickers and flags
Click to expand...
So i dont understand, are they alt right or far left? Weren't they marching with antifa recently? Do they exist?

I still feel like they are a catchall so any antifa who gets caught can say they are boogaloo far right. But who the fuck knows. 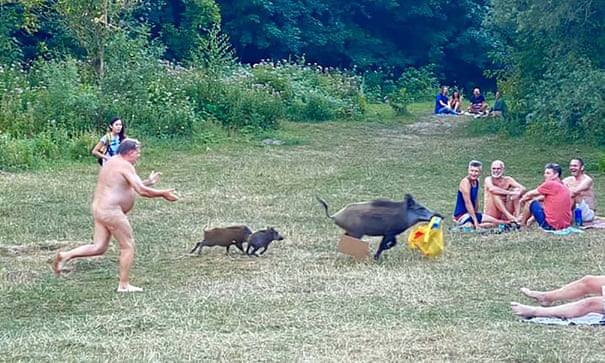 A nudist bather who chased a wild boar near a Berlin lake after it stole his laptop was applauded by onlookers after a successful pursuit.
The photographer who captured the drama said the unidentified nudist was happy for him to share the images, which show him in bare-bottomed pursuit of the boar and her two piglets while fellow bathers look on in amusement.

“Nature strikes back,” wrote Adele Landauer, a personal coach, on Facebook. “I showed the man the photos, he laughed heartily and gave me permission to make them public.”

The man was sunbathing naked at the Teufelssee in west Berlin, a popular and perfectly legal practice in the German capital as part of what is known as FKK, or Freikörperkultur (free body culture).

The wild boar, sightings of which have become increasingly common, had apparently spotted a pizza being eaten by other bathers. It seized a yellow bag containing the man’s laptop, probably believing it to contain food, and was chased by the man into the undergrowth.

“Because the bag contained his laptop, he gave it his all, even though he was in his birthday suit,” explained Landauer.

The boar’s flight was slowed by a cardboard box in its path. The man clapped his hands and hit the ground with the stick, prompting the boar to drop the laptop.

Another witness said: “When he returned from the forest, everyone applauded him.”

“We urge people not to panic in such a case,” he said. “We have so far had no injuries – the animals are quite used to humans.” 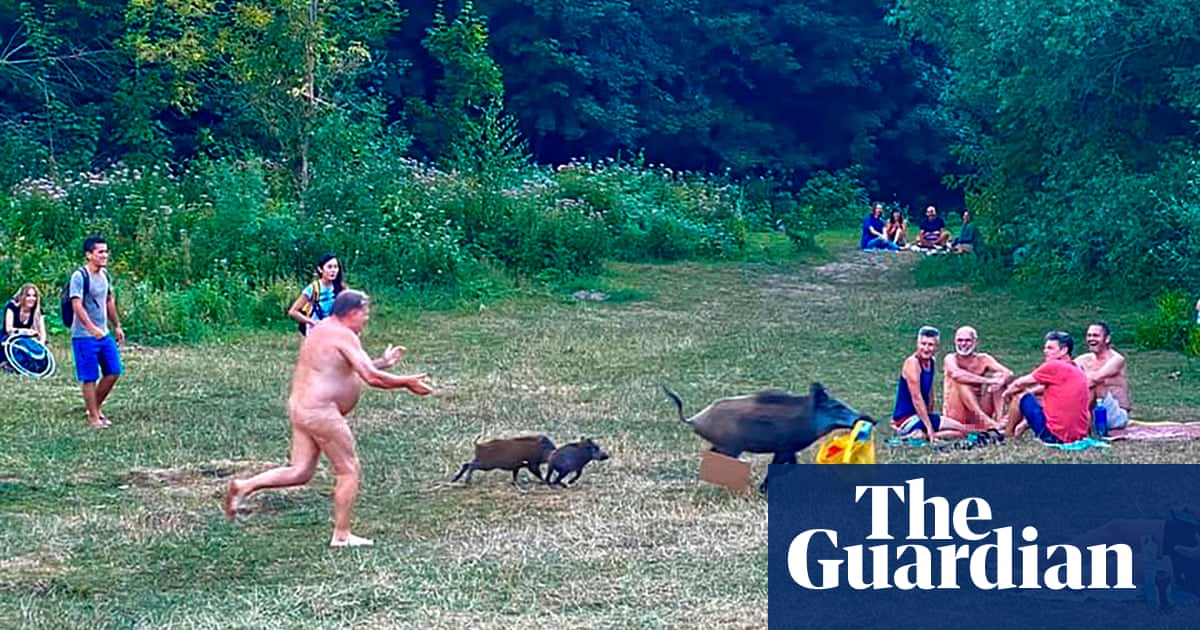 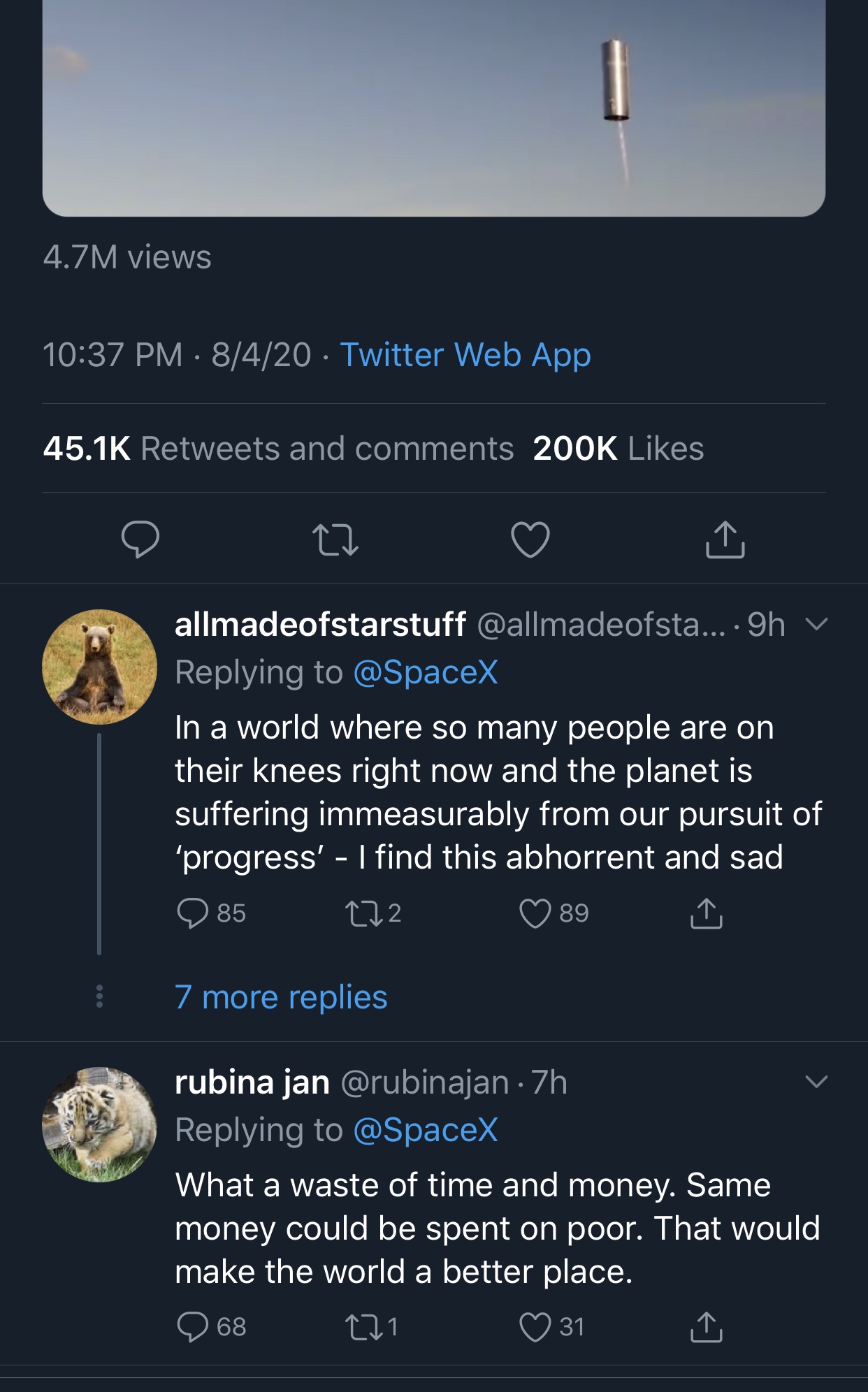 And then the woke mob came for the uniform of the summertime backyard BBQ, Hawaiian shirts, calling them symbols of white nationalism.

Remember what YouTube bans and considers harmful?
Here's what it is happy to host:

It is ABSOLUTELY enough to simply not be racist. It's also incredibly easy.
How do I know?
If everyone on the planet decides to not be racist then racism vanishes.
The only way it survives is by people keeping it alive.

Click to expand...
Racist is the new terrorist, just as terrorist was the new communist.

Words chanted to single out people in order to circumvent the justice system.

The problem is now though, we're no longer punishing foreign nationals; Russians and middle easterners, we are now picking on our own kind.

I'm sure things will turn out fine...
Reactions: #Phonepunk#, Stilton Disco and Tesseract 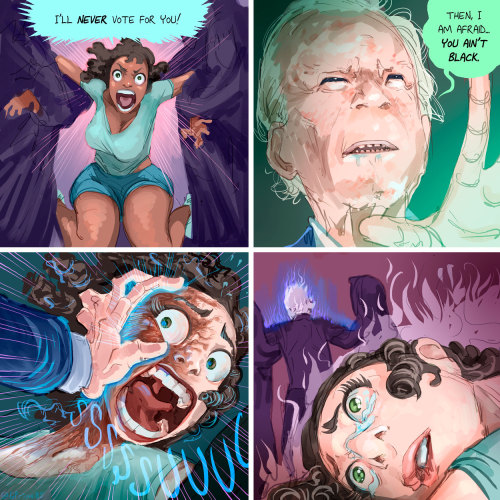 Click to expand...
The most amazing thing I've seen all year.
A+, would lol again.
Reactions: NightTerror, Ryujin, MetalAlien and 4 others

Reactions: Kazza, fatty, Ryujin and 5 others


I swear to fuck these crazy people are going to get me to start believing in god and going to church. Wtf is going on?
Reactions: Ionian, Tesseract, Bombchelle and 4 others

AV said:
Click to expand...
I love these crazies who will get in someone's face just to tell that they should social distancing. I don't live in California, so I've been fortunate enough to not encounter a COVID loonie.


I swear to fuck these crazy people are going to get me to start believing in god and going to church. Wtf is going on?
Click to expand...
It’s what literally happened to me. The lie of moral relativism seems more and more silly every day. It only proves to me that the the existence of good and evil is real objective truth.
Reactions: Bombchelle

I used to consider myself agnostic. More and more I am being convinced otherwise.


I swear to fuck these crazy people are going to get me to start believing in god and going to church. Wtf is going on?
Click to expand...
Well now you know why atheists are taught the line "it's not a belief system".

Can't run aground of separation of church and state if you're a part of a non-religion with no beliefs.

Reactions: Forsythia, #Phonepunk#, Ryujin and 2 others

Only deep thinkers at Teen Vogue these days. 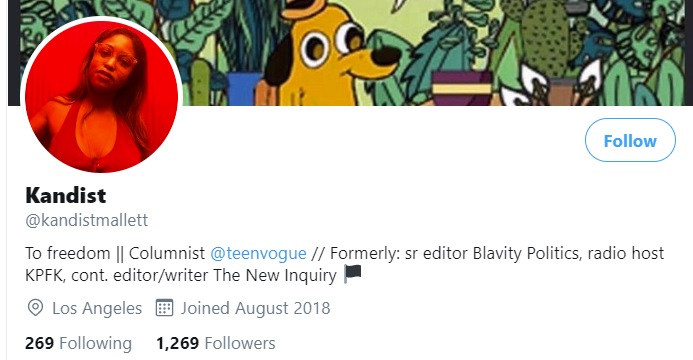 Reactions: Chittagong, Forsythia, Bombchelle and 6 others

Only deep thinkers at Teen Vogue these days.

Click to expand...
Goodness, this is our future, isn't it? The Kickstarter generation is going to start demanding part ownership of the company once you spend abov $xxxx at their store / brand.
Reactions: Bombchelle, Stilton Disco, Ionian and 1 other person 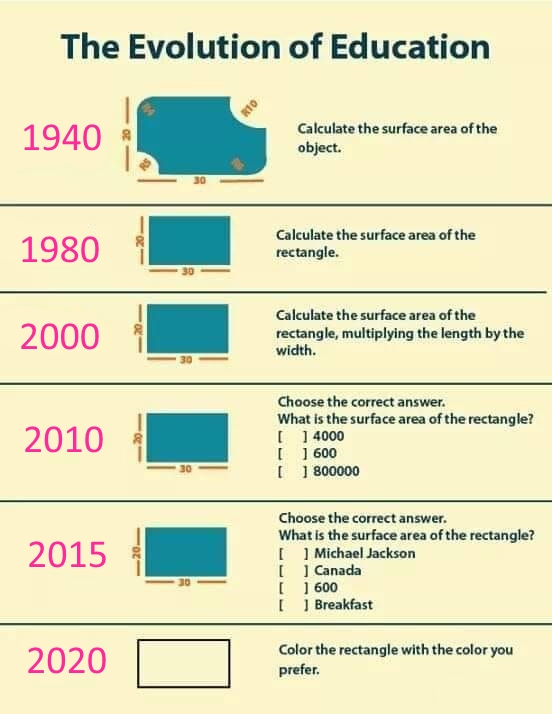 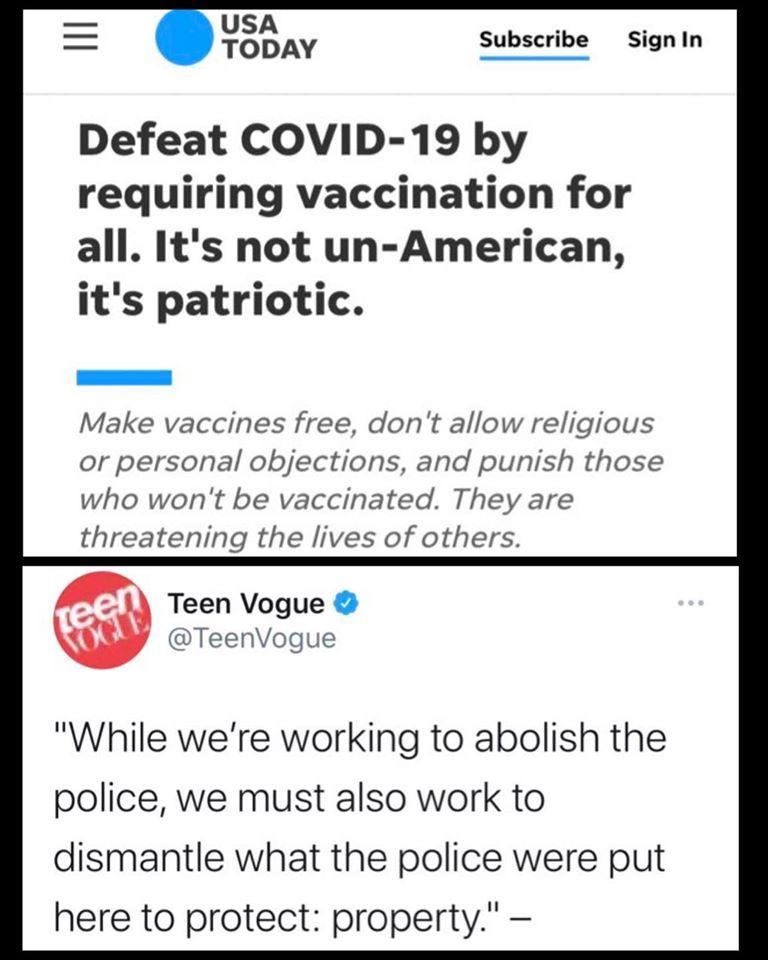