Girlfriend Reviews - Redditor on Last of Us 2 subreddit sent death threats to himself and blamed us.

Saw this just now and wow, what a crazy story.

Summary:
GF Reviews made two videos on TLOU2 last year, both positive and have seen their fanbase revolt against them simply for liking a video game. It's gotten to a point where they consistently get death threats and are constantly harrassed by the Last of Us 2 subreddit.

Recently, GF Reviews tweeted out two death threats/mean tweets that were posted on that subreddit, and one of those users emailed GF Reviews saying that their fanbase is now sending HIM death threats. GF Reviews did some investigation and found that the user used his own fake accounts to send himself death threats, and he ended up deleting all his email accounts, reddit accounts and even his own Google App developer page.

GF reviews outs him on the subreddit, but this time the mods turn on them, and accuse them of making up the whole thing. They are harrassed even more and the cycle continues. Now worse than ever.

My Thoughts? I did not 'get' the last of us 2. I thought their 'Understanding the Last of us Part 2' video was excellent and helped me finally understand what Druckman was trying to do with the story. I still dont like the story, I do not care for Abby, and I have grown to dislike even the gameplay since last year. However, this kind of harassment is exactly what we hate about cancel culture. People are allowed to like or dislike TLOU2. It's not the worst game in the world. As someone who has grown to dislike this game, I hate that these are the kind of nutjobs I am aligning myself with. And no, as they pointed out, it's not just one nutjob. The entire subreddit including the mods on that subreddit are that hostile.

Social media was a mistake
J

People need to get a life. If you don't like the game then move on already. What type of person is this obsessed with something they claim to hate?

I'm on the reddit every now and then, I couldn't find any of the post he made after this shit started but some people on there said he was an idiot.

This just shows how stupid some people are

I'll never understand why people are so angry and hateful over video games though...

The game didn’t look interesting to me. I didn’t buy it. Everything is fine.
But in my case, I didn’t even like the first one

SlimySnake said:
thats not the kind of post you should be proud of lol
Click to expand...

Well I judge books by there cover. I didn't even know what was going on at the time I just thought he looked like one.

This was a perfect summary of and response to these people

show yours lets see if its punchable

SLB1904 said:
show yours lets see if its punchable
Click to expand... 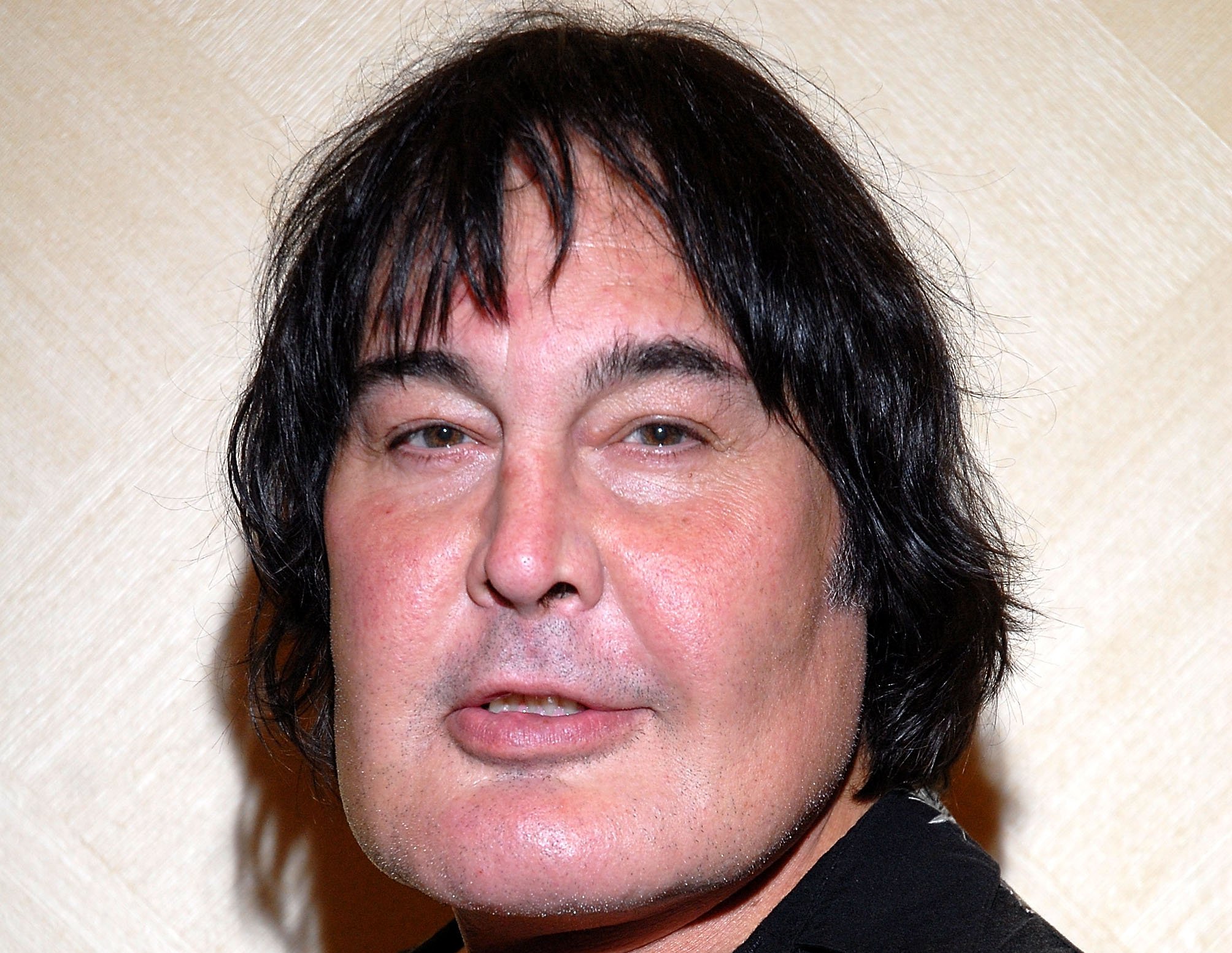 This one time, I was playing a game I didn’t like and I was all “huh I don’t think I like this game” and then I stopped playing that game. At no point did it occur to me that I should send death threats to myself.

I liked their early entertaining videos but don't really agree with many of their recent reviews so I just unsubbed, it's okay not to like something but you need at least to remain your humanity diginity.

in all seriousness.
what people were expecting. nowadays people get (what's the word?) canceled by random posts on Twitter. of course, people will take advantage of the system
Last edited: Jul 24, 2021

I wanted to see everybody's reactions on the reddit but they set it to private.

that subreddit is a place full of idiots who all gather there exclusively to bitch and whine about that game. This doesn't surprise me.

The gaming community as a whole has a long way to go though.

Joshmyersbv said:
I wanted to see everybody's reactions on the reddit but they set it to private.
Click to expand...

What a bunch of snowflakes.

I guess I need to play this game some day, I want to see what the fuss is all about when adults (?) are invested enough to send death threats.

Fredrik said:
I guess I need to play this game some day, I want to see what the fuss is all about when adults (?) are invested enough to send death threats.
Click to expand...

For real. That game triggered millions of people and it's still doing it.

Heisenberg007 said:
that subreddit is a place full of idiots who all gather there exclusively to bitch and whine about that game. This doesn't surprise me.

The gaming community as a whole has a long way to go though.
Click to expand...

Sooo just like any gaf thread about tlou. Lol

Personally I liked the idea of exploring revenge as a concept and that actions we take can have unforseen consequences down the line but I thought it was poorly executed overall. Technically the game is superb and the gameplay holds up well despite mostly playing it safe. However, the story, the pacing, and the amount of useless fluff hurts the game in my opinion. Personally I also didn't like the fact that ND went out of their way to make Abby look like He-man, it's unrealistic in my view and there was zero need for it, same goes for the trans kid victim narrative, it just feels forced on and brings nothing of value to the story.

That being said I would still rate the game a solid 8/10 and recommend playing it, it's just not my GOTY. I gotta say though, making a sub-reddit specifically to bitch about the game and harass people who like it is beyond pathetic.

The snowflakes set it to private. Poor little man children.

Man, people are still this butt hurt over the game?
I mean I though it was Ok but disappointing, and it has severely lowered my hype and excitement for future ND games.
But it's just a videogame...and it has been a whole fucking year.

Fredrik said:
I guess I need to play this game some day, I want to see what the fuss is all about when adults (?) are invested enough to send death threats.
Click to expand...

People (?) on GAF are still obsessed with this game, I can only imagine how bad the subreddit is

I wasn't a fan of the story (I liked the shooting though and the graphics are outstanding), but seeing this makes me want to give it another shot. They must be doing something right when so many people get triggered this easily. lol

Fbh said:
Man, people are still this butt hurt over the game?
I mean I though it was Ok but disappointing, and it has severely lowered my hype and excitement for future ND games.
But it's just a videogame...and it has been a whole fucking year.
Click to expand...

SlimySnake said:
What a bunch of snowflakes.
Click to expand...

Yeah I'm pretty disappointed, I mean if people on there sent them threats then it would make since. I figured the reddit just wouldn't give a fuck.
D

To the Salvic man child who got caught red handed in their own fake act and deleted their reddit account. You deserve this.


Reddit has been an absolute joke. When r/Canada was taken over by alt-right users and mods I knew it was time to end my time there.

It's not about Sony fans or xbox fans or pc fans, it's about crazy people who take games very seriously to the point where even lunatics are considered normal against them.
J

ArtemisClydeFrog said:
For real. That game triggered millions of people and it's still doing it.
Click to expand...

I'm not a fan of the game, thats why I joined their reddit. The memes were good but they just reinforced the same complaints over and over again. That shit got old real quick.

Is it just me or does her BF look like her Dad taking her to school?

Either way people are so butthurt about TLOU2 it's crazy. If you don't like it, don't watch content on it. Making up lies to become a victim is a pathetic.

ArtemisClydeFrog said:
For real. That game triggered millions of people and it's still doing it.
Click to expand...

I know about the Joel and Abby thing. Is that it? Or is there something else than weird adults getting weirdly invested in some polygons?

Fredrik said:
I know about the Joel and Abby thing. Is that it? Or is there something else than weird adults getting weirdly invested in some polygons?
Click to expand...

No idea, still haven't even played the first game

That subreddit was a bigot and incel heaven ( legit fucking bigots and incels) as soon as the leaks came out. They are all beyond pathetic.
Last edited: Jul 24, 2021

I don't see why people are clinging so hard to TLOU2 crusade on either end. It was a fine game. Looked great. Good voice acting. Refined PS3/360 gameplay that didn't reinvent the wheel but was probably the apex of what you can do with that style of game without changing the core mechanics. The story was stupid in a few spots, but most of my issues with it come from pacing, and not enough time to let characters and their relationships breathe to earn the weight to the repercussions that take place in the story. Also, Dina and the other pregnant chick are obnoxious characters. But it's nothing to like...take up sword and shield over.

I think anyone expecting lightning to strike twice was going to be disappointed. TLOU was pretty much the perfect game for it's genre, with fantastic pacing and writing. It was never going to be able to top itself.

As for this dumbassery, like...it's not that important, my dude. I've seen murderers do less to cover their tracks than this guy put into trolling. This is the reason why people who dislike the game are all lumped into the "crazy bigoted incel gamergate," group. You're not helping our cause, or your own. Get a girlfriend, a job, maybe a pet. Something.

Always best to ignore random internet idiots. I don't know why people bother to engage instead of just blocking/gnoring them and moving on with life.
You must log in or register to reply here.

IbizaPocholo replied
Mar 18, 2022
Court Documents from the Epic vs Apple case show Xbox's internal review of The Last of Us Part 2, and it reads a bit like a review

reksveks replied
May 5, 2021
The Last of Us Part 2: Who Plays Abby? - Gaming doesn’t know how to deal with muscular women
Opinion 2