please list the games you have beaten in the past month, being January 2022.

Obviously, a few words on the games are more than welcome.

If you feel so, you can try to succeed in the 3 games a month challenge to spice things a bit.

Divinity: Original Sin took up a lot of it. Aside from that... Hitman 2, Pokémon Legends: Arceus, Gorogoa.

13 Sentinels: Aegis Rim. 8/10
Visual novels are not usually my thing, but I really enjoyed this one thanks to a fun plot, great storytelling and amazing presentation. It also helped that it included some battle segments with require more active involvement from the player

Warhammer 40,000: Space Marine 7/10
Replayed this in anticipation to the sequel. It was mostly still as fun as I remembered, it has a fun mix of ranged and melee combat and I had forgotten this one basically had the glory kill mechanic from Doom 2016 5 years earlier. The locations are kinda boring though, and the bosses sucked ass (final boss is a QTE)

Ori and the Will of the Wisp 9/10
Really had a blast with this, I really enjoy the heavy platforming focus of this franchise compared to other metroidvanias, and the improvements to combat were nice. The audiovisual presentation was also better than ever.
Last edited: Feb 1, 2022

Tried some games which I ended up dropping, and also put a lot of time into Project Zomboid, a game with no end. I'm currently playing Persona 4 Golden, but that'll take time to beat for sure.
Last edited: Feb 1, 2022

I finished Cthulu Saves Christmas and God of War, so 40 percent of the games I'll finish this year are now done! 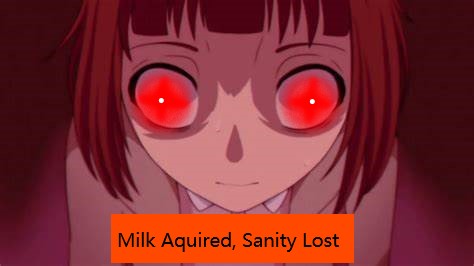 Uncharted 4 (ps5). I haven't played this since around ps4 launch of game. Really loved it. 120fps is amazing and made the game even better for sure. Playing through TLL now for first time.

Just glad my several month gaming slump is over. Gonna try to platinum this collection, while waiting for horizon.

Lost Legacy (PS5): I liked it much more than UC4. Reminded me of the original tomb raider quite a lot in its setting. Quite the surprise

Matterfall (PS5): I’ve had the game for more than a year and couldn’t beat the final boss. I finally managed! I don’t know why but that last boss was a totally pain to me.

XCOM 2, with War of the Chosen DLC. I did play some of this game back in 2016 and years since then, but never actually finished it.

I considered it to be quite a bit harder than first one. Not sure if game was tuned to have less timed missions in content patches during the years or what happened, but this time it was easier. There was one mission where I decided to skulljack a codex and fight the avatar. Of course that mission also had turn limit and target also revealed berserker ruler. I did need something like 20 retries to figure it out.

I think story started as interesting, but did not really have satisfying ending. Combat is great and keeps you going.


Another one I finished was Prey, did complete non-alien neuromod run and found all crew.

I really liked this game when it released 2017, but I think with second play-through it is less exciting. I still remember some areas quite well and there are less secrets to be found.

I think this still is better Arkane game than Deathloop, maybe I should try to finish Mooncrash as well.
Last edited: Feb 1, 2022

For this month I plan:
Dying light & Elder ring.
D

6 games beaten this month for me, probably the highest I've achieved ever.

Hyrule Warriors: Age of Calamity - I liked the first Hyrule Warriors. The level design ans the gameplay were better on the Wii U game, from what I remember. Though this one have the BotW setting for him, giving cohesive and nice visuals. Good game overall. 7/10

Firewatch - I was looking forward this game for years so I tried it as soon as available. I've been hooked and went through it on 3 evenings. Really well done adventure, the developers really make you think like your character, mistakes included. 8/10

Professor Layton and the unwound future - A fine game in the Layton series, but the puzzles seemed easier, and the plot is kinda nonsensical. The charm of the first game is lost forever for me it seems. I won't play the other game except for the Phoenix Wright crossover. 6/10

Windjammers 2 - Finished the arcade mode and gain about 3 ranks online. As fun as the arcade original and great presentation. I would have liked a bit more meaty solo mode. 7/10

Voice of Cards: The Isle Dragon Roars - 30€ was a bit steep for such game. I mean I like the card aesthetics and the feel of playing a table role playing game with a game master and all, but there could be way more card designs. The plot is quite basic, but still fun. 6/10

The Gunk : This game reminded me of PS2 area child-oriented action-adventure games. A simple and relaxing game, quite easy but pleasing for the eyes. It gets a bit repetitive so it's a good thing the game is short. 7/10

I dropped The Textorcist which just does not work with my QWERTZ keyboard. Plus I thought it would be about typing but you have to move your character at the same time, which was really stupid. 1/10
I also dropped Yoshi's Crafted World, it is too easy and the paper design is not that original. Disappointed after the good Wooly World. 4/10

None. Can't play anything right now other the sim racing. I'm too excited for February to give a shit about my backlog

Finally finished my Metroid Dread playthrough with the kids. Still a 10/10 even though the exploration has too much hand-holding. Plays like a dream.

Wytchwood. I enjoyed it but it got really repetitive about halfway through.

Really close with deaths door as well. Just taking my time to get some of the trophies

Guardians of the Galaxy, easy 9/10

I've finished nothing, so here's what I've played:

I don't even remember what was the last game I've finished

Does Wordle and Solitaire count?
R

The Gunk
The Pedesterian
Danganronpa

I read this was made by 14 people or something which if true I still don’t believe. Lovely artstyle and world, gameplay was solid and despite the story being meh, I enjoyed some of the smaller arcs. Only real issue I had was how big the difficulty jumps were.

The Legend of Zelda: Breath of the Wild
Hitman
Hitman 2

The ascent - 8.5/10 (would be higher if not for some bugs, but nothing game breaker)

Archvale 7.8/10 good game, worth the download if you have gamepass

I replayed sekiro... 8.5/10 combat is boring, liked the setting and history

I finished Nobody saves the world. It was fun.

I have been dipping into a lot of retro stuff lately, but my January conquests:

WarioWare: Get it Together! - Played this all the way through with my daughter, and we really enjoyed it. More of the same as far as Wario games go, but the multiplayer really adds to the experience.
Donkey Kong Country 2: Diddy's Kong Quest - I already beat this ages ago as a kid, but I never fully 102% completed the game (basically do every level and get every collectable in the game), so I finally did that. Really fun and this game still holds up excellently today.
Blue Stinger - This was a fun but flawed game, its extremely campy and doesn't take itself too seriously, and add the horrible late 90's voice acting, it often had me laughing out loud many times. The general gameplay is pretty decent, but man prepare to have a camera that fucking hates you and will always be in the wrong spot. This is definitely a product of its time, and you have to be willing to deal with a good bit of jank to complete. Still a fun, and often very awkwardly funny game.
Shiren the Wanderer (SNES version) - This is one I have been working on for the last month or two off and on. I really love this game, despite sometimes it just wants you to die and it often feels like there wasn't shit you could do to prevent it. Really good if you like roguelite dungeon crawler action-RPG's such a pokemon mystery dungeon or chocobo mystery dungeon.
Last edited: Feb 1, 2022
W

Metroid Dread, It Takes Two and SMT Nocturne. Liked all of them. Wrote about it in the backlog thread.

Suikoden on Vita. Loved it

Only Supraland Six Feet Under. Great indie game with fantastic puzzles and exploration.
This saga is very underrated, considering it's quality.

Tales of arise - great game, a good example of a modern jrpg. I enjoyed this game alot and want do the after credits content.

God of war (Ps4) - One of the games I couldn't tolerate playing on the pro due to its sound issues. Finally got a Ps5, so I was able to actually play the game in Pease. I also enjoyed this game a lot. I want to at least kill all the Valkyries eventually.

Beat Spider-Man: Remastered on PS5. They did a great job with this although I wish they had incorporated more DualSense features. Anyway, got the Platinum again. That's a fun Plat.

I've been playing Yakuza like a Dragon for my weekend game since early December. It's longer than a muthafucka! It's one of those multi-faceted games that gets better and better as you play it. Took me a month or so with the other Yakuzas. Now it's the only game I play now other than cheatfest COD Clod War.

Yakuza like a dragon.
Stumbled over it on my still active GP trial.

Holy shit all that on one month? Did you ever sleep?

Sojiro said:
Holy shit all that on one month? Did you ever sleep?

Got 100% in Dark Souls remastered

Sojiro said:
Holy shit all that on one month? Did you ever sleep?

I work from home and most of those were short games except for God of War and Horizon Zero Dawn. The 4 DNCs were ass so I dropped them eg Spiderman, Last Guardian

Hades - well, is it ever really finished? Credits rolled and I just kept on playing. The sense of continual progression in this game is amazing. I think I've seen enough to put it down for a bit and move on.

Smt v, second playthrough. Almost beat tales of arise, but didn't actually finish it until the first of February.

Been a while since I finished this many games in one month: