Freeform, you may know this ABC-owned cable channel by it's previous name as ABC Family, which had become famous for its Family and YA dramas such as Pretty Little Liars, The Fosters, Switched at Birth, as well as a host of sitcoms you probably forgot about, along with its array of movies and holiday events, specifically the 25 Days of Christmas, which continues to this day.

But the network's history is one of convoluted ownerships and changing strategies, being bounced around from parent company to parent company over its various years, as well as going through multiple identities and phases in its life. It began as a cable version of the Christian Broadcasting Network (CBN) airing a wide array of religious content, and sermons. Eventually, the channel rebranded as CBN Family Channel, and later just The Family Channel, branching out to offer more general entertainment programs aimed at families. This also resulted in the ad-supported network being spun-off from the non-profit CBN into a new company with CBN and Pat Robertson as shareholders named International Family Entertainment, Inc.

Despite the name, The Family Channel was not actually a children's network. Sure, it aired kids programing during the day (mostly DiC shows), but the network's core audience was actually more so parents who wanted a channel they could watch with their kids, featuring mostly adult-focused shows such as K-9, The Legend of Zorro, and a variety of game shows that kids could watch with their parents or grandparents. By this point, the religious content of the network was mostly relegated to daily airings of The 700 Club. The network went through a massive transformation in the late 90s, that resulted in a new corporate parent, and a shift in direction.

In 1996, News Corporation, the parent company of Fox, was looking for a cable outlet that could both take on the success of Nickelodeon and Cartoon Network, as well as archive the large library of children's programing the company now owned via the Fox Kids Network, which had recently merged with Saban Entertainment to form the much larger entity, Fox Kids Worldwide, Inc. After discussing a potential partnership with The Family Channel to lease Fox Kids programing to the network, those talks eventually turned into a sale. Fox purchased International Family Entertainment, and in turn, The Family Channel in 1997, with Fox Kids Worldwide being given responsibility for The Family Channel, and 20th Century Fox taking over IFE's film library. 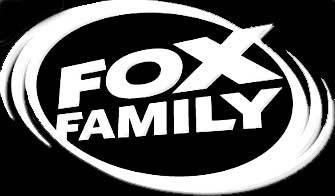 The Family Channel's new corporate masters wasted no time in re-building the channel into what they thought, could be a tangible threat to Nickelodeon, resulting in the creation of the Fox Family Channel in 1998. Fox Family placed a larger focus on kids programing during its daytime block, with shows such as Angela Anaconda, Donkey Kong Country, Mega Babies, S Club 7, and Big Wolf on Campus, along with adult-focused shows in primetime, as well as the entire Fox Kids/Saban archives ready to use. Despite Fox's grandiose plans to make a splash against the other kids cable channels, low ratings, lackluster programing strategy, and bickering between Fox and Haim Saban resulted in the channel's quick demise.

Fox knew it was time to get out, and in July 2001, sold Fox Family Worldwide, Inc. to The Walt Disney Company, ending their involvement with children's entertainment for good. Disney would inherit the Fox Family Worldwide programing, the international Fox Kids Channel, and most importantly, the Fox Family Channel, the asset Disney was most interested in. What remained of the U.S. Fox Kids Network was separately sold off to 4Kids Entertainment.

Fox Family Channel became ABC Family in November 2001, initially operating under ABC flagship's jurisdiction. ABC quickly cleaned house on the channel's management, and brought in its own people, which included Angela Shapiro, originally ABC Daytime President, becoming the new president of the network. A new action-adventure block, produced by Disney Channel, would also run in the mornings, featuring Fox Kids/Saban reruns. What Fox neglected to tell Disney though, was the contract clause put into place by Pat Robertson when Fox first acquired the channel, which mandated that The 700 club runs on the network, 3 times a day in key time slots, basically forever. It's only remnant of its religious origins left on the network as of this post.

In the meantime, Disney began putting its own stamp on ABC Family in an effort to turn the ratings-challenged cable network into something workable. Children's programing was drastically scaled back from the network to avoid competition with Disney Channel, though Disney would still program the channel's morning action block. Shapiro also saw ABC Family as a good home for teenagers, wanting to aim for something in between Disney Channel (which was already airing various teen shows) and MTV in terms of tone and content. Which resulted in various experimental reality shows such as Knock First, Switched, and The Brendan Leonard Show. But mostly the channel's initial strategy, was to just repurpose whatever aired on ABC, including AFV, The Bachelor, and ABC's wide library of TGIF sitcoms, including Full House and Family Matters. ABC Family's new direction still failed to deliver results. Disney sought to remedy this problem by consolidating the network under ABC Cable Networks, led by Ann Sweeny, who turned the Disney Channel into an actual threat against Nick and Cartoon Network. This resulted in Angela Shapiro resigning from her position as head of the network shortly afterward.

Tragedy struck ABC Family in December 2003. It's head of programing, Linda Munsco, passed away after battling cancer. Leaving the network with both no president or programing chief. Ann Sweeny knew the network couldn't keep limping on like this, and thus enacted changes to make ABC Family a viable network. First, she redefined the network's target audience. As Disney Channel began shifting to a younger 8-12 year old audience, Sweeny defined ABC Family's new target as 12-34, occupying a demographic in between the kid-friendly Disney Channel, and the Adult-oriented ABC. Next, she brought on former BBC America President, Paul Lee as Shapiro's replacement. The morning Action-Adventure kids block finally got a name, JETIX, which also began airing on Toon Disney in primetime, and placed a bigger focus on originals as opposed to Fox Kids leftovers. And Lee re-focused ABC Family away from ABC reruns, and more on acquired and original shows that appealed to young adults. Including Smallville, Falcon Beach, and Wildfire. 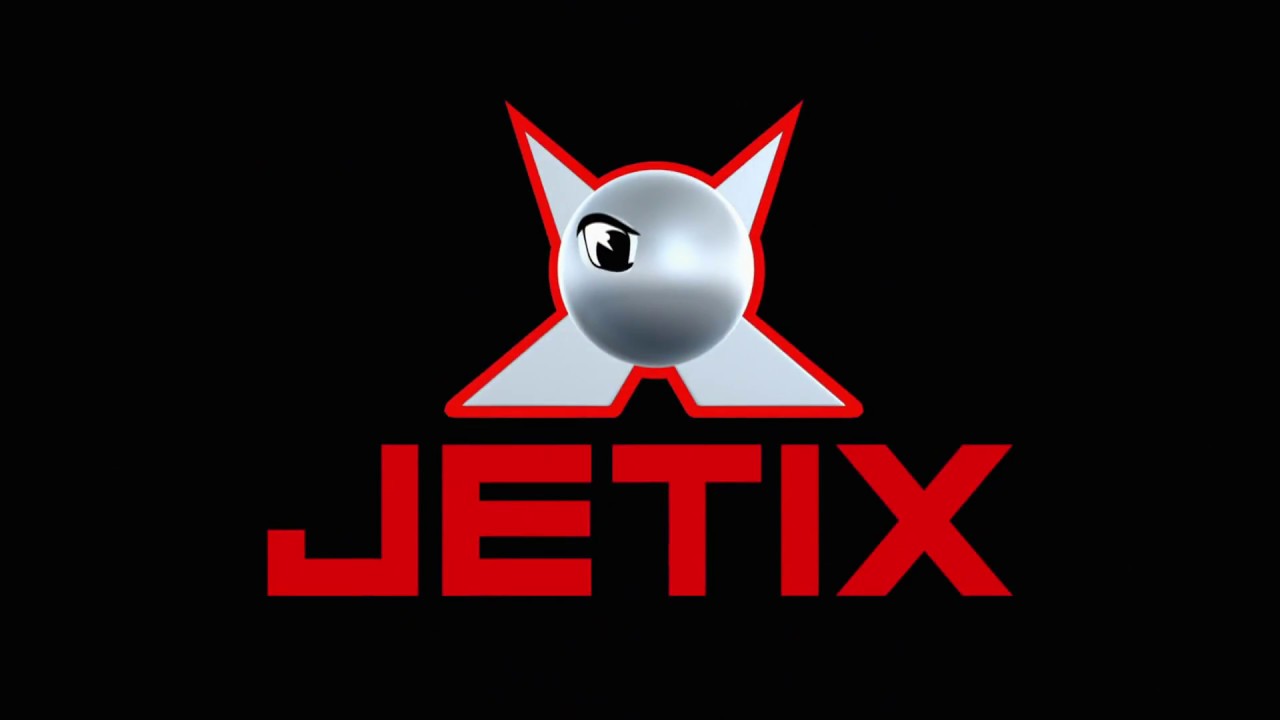 This re-vamping was starting to pay-off, as the network's ratings started seeing improvements in 2004 and 2005. In 2006, ABC Family dropped the JETIX block from its schedule, resulting in children's programing kicked off the network for the first time. JETIX would continue to air on Toon Disney until 2009, when the channel was rebranded as Disney XD. It was also around this time ABC Family introduced a new slogan, "A New Kind of Family" signaling the network's desire to not be just a "Family" network anymore. Funny enough, Disney considered rebranding the channel, XYZ, but due to legal reasons, that didn't happen.

Over the years, ABC Family has become known as a major competitor against networks like The CW, and MTV, airing dramas shows that targeted a young female audience. But as ABC Family became more and more successful, its programing became less and less family friendly, resulting in its name being somewhat of an oxymoron. This was finally acknowledged with the channel's 2016 rebrand as Freeform, which dropped the "Family" act altogether, and went all in on the Young Adult audience.

I never cared much for ABC Family/Freeform, even during its peak. But it's one of those channels who's history is much more fascinating to me than its programing or accomplishments. Never has there really been a cable network that has been through so many rebranding's, corporate owners, and changes in programing focus. For better or worse, Freeform is one of a kind.
Last edited: Mar 10, 2021
N

You forgot to talk about Secret of Life of an American Slut.

NecrosaroIII said:
You forgot to talk about Secret of Life of an American Slut.
Click to expand...

Jubenhimer said:
What Fox neglected to tell Disney though, was the contract clause put into place by Pat Robertson when Fox first acquired the channel, which mandated that The 700 club runs on the network, 3 times a day in key time slots, basically forever. It's only remnant of its religious origins left on the network as of this post.
Click to expand...

Ohh, I always wondered why that was still on Freeform. Very informative summary!
N

I used to watch family channel a lot as a kid. They used to play a bunch of DIC cartoons. Also, I remember watching Punky Brewster reruns on there too.

I don’t really think about this channel. I maybe watched some reruns on it back in the day.

I remember Fox Family having my fav lineups.

Discovery Kids - So.... This was a thing