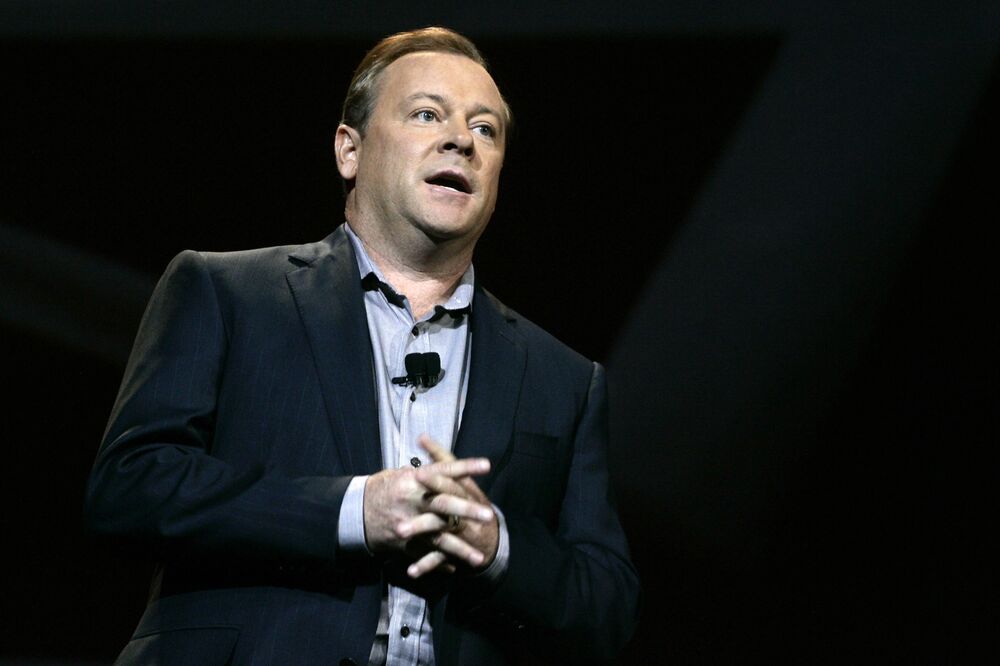 Jack Tretton, who started his career at Sony in 1995, is now the CEO of PowerUp Acquisition Corp., according to a prospectus filed Wednesday with the Securities and Exchange Commission. Joining Tretton on the management team is Bruce Hack, former CEO of Vivendi Games and vice chairman of Activision Blizzard Inc. from 2008 to 2009.

PowerUp is looking to acquire a company in the interactive media space that focuses on video games, according to the prospectus, but could ultimately choose a company in any industry.

SPACs, also known as blank-check companies, are publicly listed businesses created to complete an acquisition that brings a private entity to public markets. This year, more than 600 SPACs priced in the U.S., surpassing $160 billion, making up the majority of global issuance. However, many SPACs underperform traditional initial public offerings.

Citigroup Inc. is serving as the book-running manager of the offering, while broker-dealer Odeon Capital Group is serving as co-manager.

Considering Sony intent on pc market, this should be a pc port studio. Unless they want to buy a public owned studio.

They have 2 choices now. Square Enix, or Capcom. Will Sony put the money on the bag for these 2 companies?

This man has nothing to do with Sony acquisition.

kingfey said:
Considering Sony intent on pc market, this should be a pc port studio. Unless they want to buy a public owned studio.

They have 2 choices now. Square Enix, or Capcom. Will Sony put the money on the bag for these 2 companies?
Click to expand...

this has nothing to do with sony

BennyBlanco said:
this has nothing to do with sony
Click to expand...

Title confused me. I though he was working on their acquisition department.

Sorry I messed up the thread title

kingfey said:
Considering Sony intent on pc market, this should be a pc port studio. Unless they want to buy a public owned studio.

They have 2 choices now. Square Enix, or Capcom. Will Sony put the money on the bag for these 2 companies?
Click to expand... 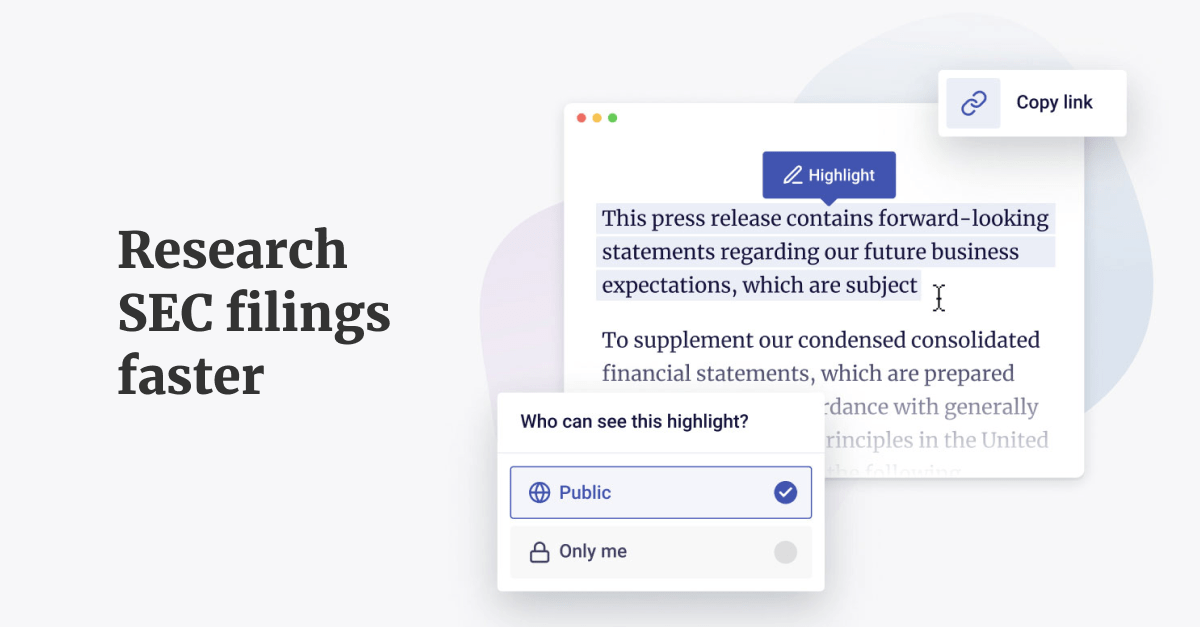 The gaming vertical is incredibly rich and diverse, spanning game studios, publishers, technology and infrastructure providers, and many other adjacencies including training, esports, betting, player networks, matchmaking, etc. Our core themes are as follows:

● Social Games Without Game-Like Objectives: We believe that the most popular gaming experiences today are focused not on game-like objectives such as “win”, “shoot”, “kill”, “score” or “defeat”, but on non-game-like ones such as “share”, “create”, “express”, “build”, “identify”. Among the best-selling games on Nintendo Switch, Animal Crossing New Horizons has sold more units (31 million) than The Legend of Zelda: Breath of the Wild (21 million) or Super Mario Odyssey (20 million). Among Us, a social deduction game, had 500 million active players in November 2020, even though its developer, Innersloth, has a small team of employees.

● Multiplayer Games: We believe that these titles benefit from powerful network effects that drive player stickiness, spending, and engagement time. In success, a multiplayer game can reach tens of millions of players per month for years and generate a series of spinoffs.

● Multiplayer gaming technology and infrastructure: As multiplayer and social games become more global, cross-platform, capable, important and lucrative, we believe the technologies required to support them will become more critical, differentiated and valuable.

● Games with Rich User Economies: We anticipate that titles will continue to benefit from virtual economies, marketplaces, and user-generated content toolsets. We believe that, even with smaller user bases, games with rich user economies can be highly profitable and grow both quickly and enormously.

● Cross-Platforms Tools: Engines, toolsets, and other technologies that allow for amateur or independent developers to more easily, efficiently, and profitably create games.

● Video Game Broadcasting: The live streaming of video game related content has gained significant traction in recent years, growing exponentially due to platforms such as Twitch (Amazon) and YouTube (Google). According to Streamlabs, nearly 7.5 billion hours of streamed gaming content was watched globally in Q3 ‘20 alone, representing growth of 91.8%, year over year. We anticipate that this will lead to brand new experiences, brands, and companies.​
Click to expand...

The trends described above demonstrate the continuing evolution of the video game industry and video game adjacencies towards a more integrated digital economy.

Matthew Ball in his “Framework for the Metaverse,” has identified Hardware, Compute, Networking, Virtual Platforms, Interchange Tools and Standards, Payments, and Content, Services, and Assets as the core categories of the Metaverse.

Three of these are extremely important for PowerUp to explore: Virtual Platforms, Payments, and Content, Services, and Assets.

It is already clear that Web3 infrastructure will play a major role in the future of games, with new ways to trade and own in-game assets and create true user owned and managed economies.

Many new companies, growing as rapidly as blockchain games, will emerge to service the metaverse. Tim Sweeney, the founder and CEO of Epic Games, believes the metaverse has the potential to be a “multi-trillion-dollar part of the world economy.”

This past year blockchain based games like Axie Infinity ($30B Coin market cap), Dapper Labs with NBA Top Shot, and NFT communities like Bored Ape Yacht Club and CryptoPunks have commanded the collective consciousness of tech, gaming, and beyond.

In Q3 2021 NFT growth exploded and there is still much room to grow as only 280,000 people in the world trade NFTs. That equates to just 0.01% of gamers across the world. Among the specific elements driving the Q3 NFT surge were Axie infinity, NBA Top Shot, and digital art (e.g. Bored Apes, CryptoPunks and ArtBlocks), as well as celebrities and athletes with their own NFT collections.

We believe these industries provide significant incremental opportunities to explore. Emergen Research estimates the metaverse market size at $48 billion in 2020 growing at a 43% CAGR to $829 billion by 2028 and Grand View Research estimates the global blockchain technology market to reach $395 billion by 2028 based on a CAGR of 82% from 2021 to 2028. As these emerging trends drive incremental revenue and growth in the market our potential targets could benefit as well.
Click to expand...

Join me brother. To the group of "failed to read the title".

kingfey said:
Join me brother. To the group of "failed to read the title".
Click to expand...

TBH it's a bit hard to understand

Buying a traditional gaming company would be a dumb move. This seems like they're targeting newer ideas like block chain gaming initiatives, metaverse stuff, possibly VR or even Mobile.

There is no future in buying some AA studio that makes shooters or some basic bitch shit like third person action games, they will invest in out of the box ideas.

Sony buys Trenton's company. Trenton becomes PlayStation's Steve Jobs and brings about the REAL meta matrix just as Lana will prophesy in the next Matrix film after this crazy meta shitty one. Sony/PlayStation takes over the world to become this dimension's first quadrillion company. The real endgame is near.

SPACS need to be stopped.

To me this reads like, "We want to extract tons of money from idiot gamers, and we have some ideas on how we might do it, but we need your money before we can go any further. Please gibs."
Last edited: Dec 31, 2021

TransTrender said:
To me this reads like, "We want to extract tons of money from idiot gamers, and we have some ideas on how me right do it, but we need your money before we can go any further. Please gibs."
Click to expand...

Yes...it's moving crap to the public market that doesn't attract enough venture capital...or it lets the VCs out earlier in the process before they need to actual deliver anything. SPACs are a bad idea.

He just come up with his dream game he couldn't get anyone to fund?

What I don’t understand is why investors are excited by the idea of joining a SPAC. Seems like a raw deal on all fronts, but less dumb than r/WSB.

Im gonna assume everyone that edited their comments pulled a dummy and didnt read anything.

I like Jack but this is just straight up BOOOOOOOOOOOOORING.

Hit me with some REAL gaming news.

Weird seeing spac seeing as it's used as slang for spastic/stupid.

So it's kind of like an angel investor to bring an established company onto a stock exchange?

Is this really news? I feel like this could go into the catch all "dev gets a new job" thread that we need.

This seems like something from a scam crypto project.

I watched the Xbox documentary series and I really started to miss Jack Trenton when he appeared in it.

Playstation was better with him as the CEO.
S

Salmon Snake said:
I watched the Xbox documentary series and I really started to miss Jack Trenton when he appeared in it.

Playstation was better with him as the CEO.
Click to expand...

StealthGoblin said:
CEOs have been Kutaragi,
Click to expand...

Basically a Joker at this point

Salmon Snake said:
I really started to miss Jack Trenton when he appeared in it
Click to expand...

I miss pre-Ryan Sony in general.

Salmon Snake said:
Playstation was better with him as the CEO.
Click to expand...

I wish I could say I'm surprised that people read PlayStation in the title and come to fart a post about something completely unrelated to the article.

A blank check company is a developmental stage company that has no specific business plan or has the intent to merge or acquire another firm.

What Is a Blank Check Company?​

A blank check company is a publicly-traded, developmental stage company that has no established business plan. It may be used to gather funds as a startup or, more likely, it has the intent to merge or acquire another business entity. Blank check companies are speculative in nature and are bound by Securities and Exchange Commission Rule 419 to protect investors.

Jack is too dangerous 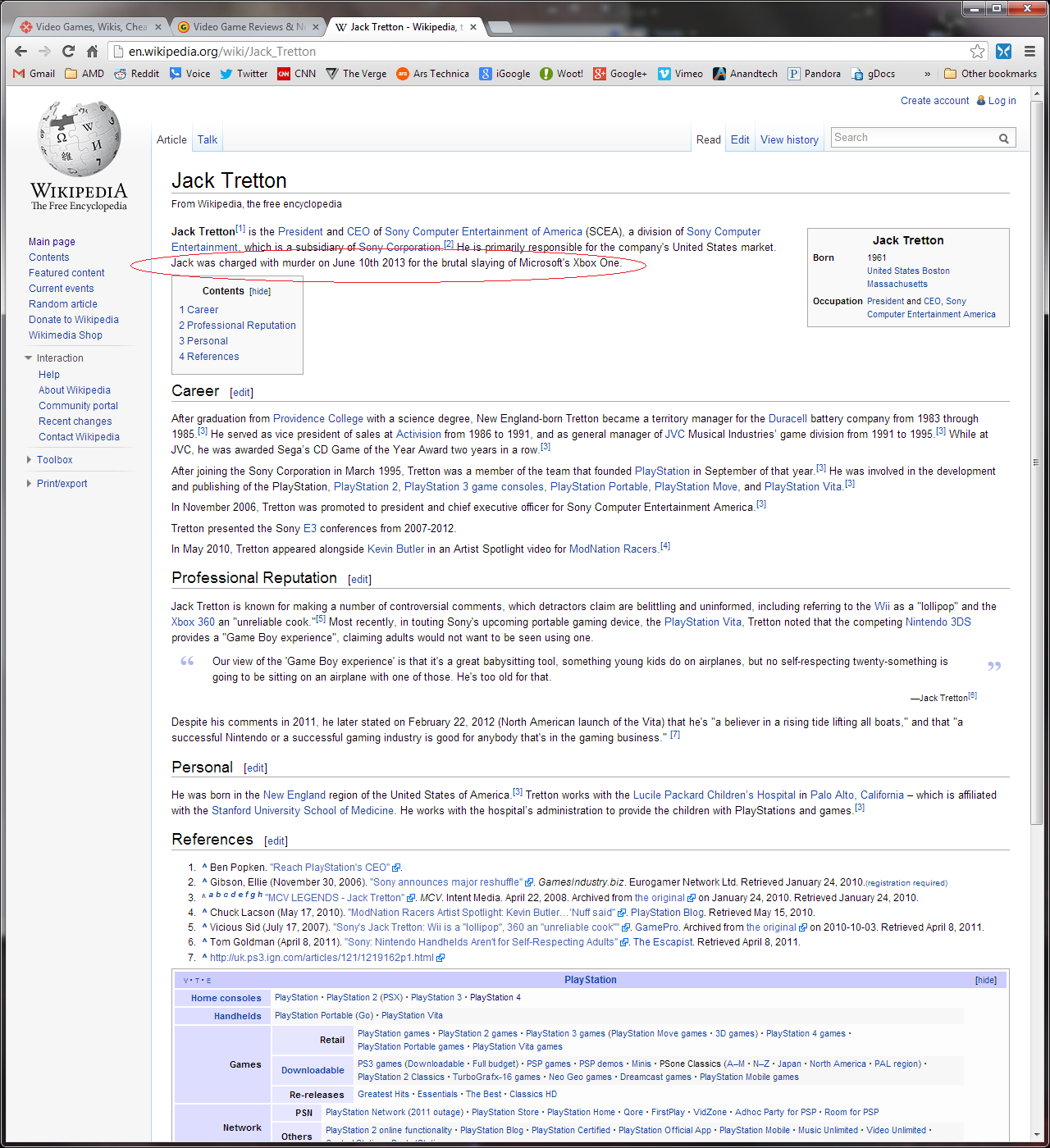 Impotaku said:
Weird seeing spac seeing as it's used as slang for spastic/stupid.
Click to expand...

StealthGoblin said:
He never was the CEO. At best he was head of SCEA. CEOs have been Kutaragi, Kaz, House and Ryan.
Click to expand...

This was I meant:

Gaming Metaverse company ?
You must log in or register to reply here.