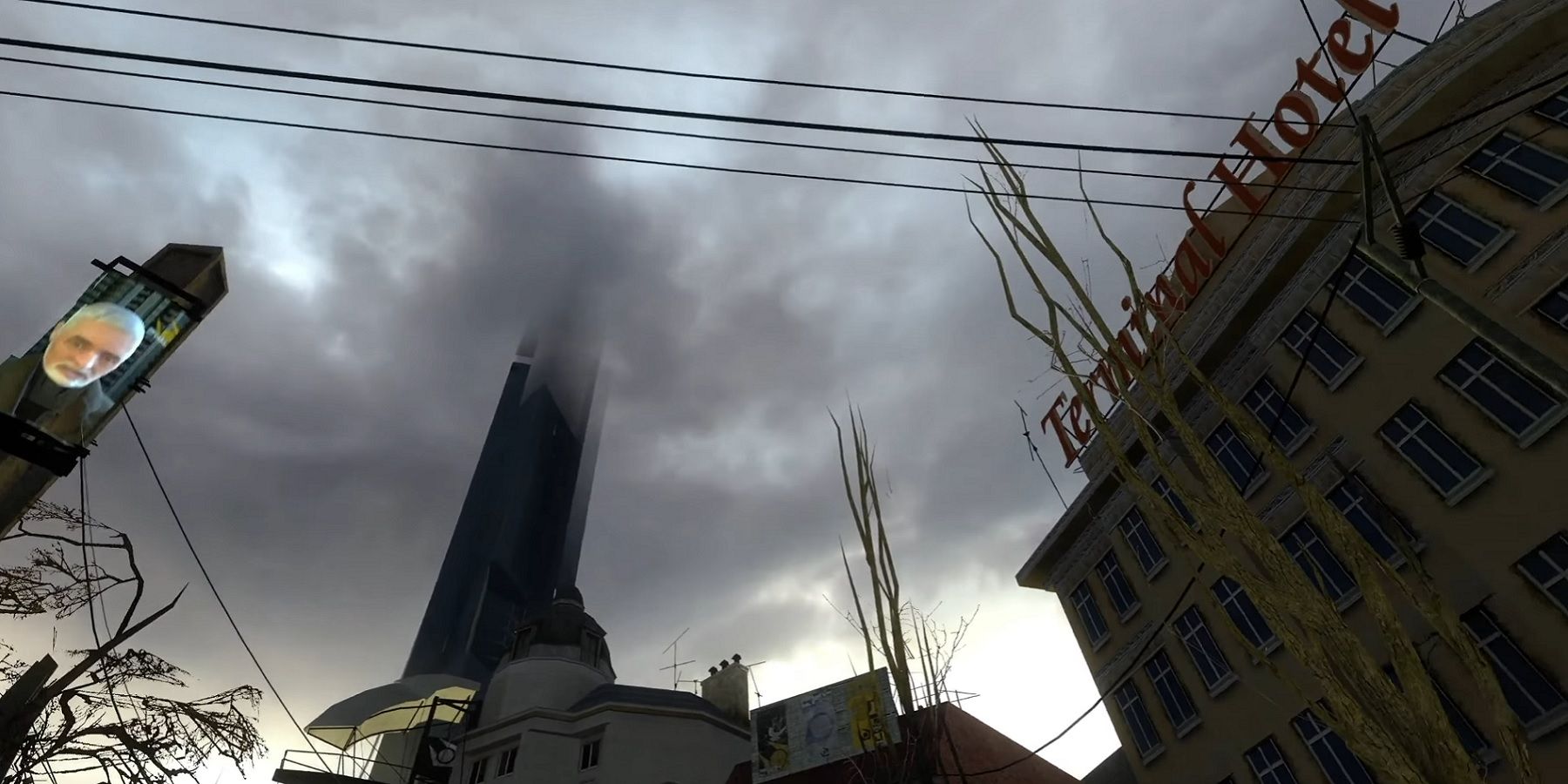 Half-Life 2 is considered a classic that still holds up to this day, so it's perhaps not too surprising that some fans are working on a VR mod for it.

As spotted by DSOGaming, a team of Half-Life 2 fans led by Cabalistic have been working diligently to add a VR mode to the game, and a recent YouTube video shows 12 minutes of footage from the upcoming mod. At the moment, there doesn't appear to be any planned release date, but the footage alone speaks for itself. At this point in development, it's an impressive mod showing the player interacting with the environment in that natural way that really adds to the immersion of the antics of Gordon Freeman. Anyone interested in keeping up to date on the mod's development progress can join the team's Discord server linked at the bottom of this article.

The video shows the player emerging from the train in the 18-year-old title and being greeted by the echoing voice of Dr. Wallace Breen. Fans of the game will obviously recognize the opening moments of the sequel, showing the early portions of the game as well as the ominous Citadel tower in the distance. There's also a moment that shows Half-Life 2's scary horror town Ravenholm in which the player can be seen using the gravity gun to interact with the environment. In general, the footage shows that what's been done so far with the mod is impressive.


This is a short preview of the amazing, upcoming Half-Life 2 VR Mod, led by Cabalistic and team. The mod simply needs Half-Life 2 to be installed and then you're all ready to run the greatest way of playing one of the best games of all time (no fooling with Gmod, configs, other mods, etc.). Cabalistic also added full MSAA support (which looks AMAZING in VR) and DrBeef added Vulkan instead of DX9 so the performance is fantastic (with headroom for things like additional graphic mods, etc.) The mod is still being worked on, but there are plans to have an open beta soon.

There's work to upscale some of the textures, but that's an ongoing sideproject that hasn't been completed yet. For this video, I grabbed an existing texture pack for HL2 that replaces 100% of the textures and it makes a HUGE difference in VR (as original textures are fairly low resolution). It's so much fun to be able to look at details close up in VR.

If you've already played HL2 even 100 times in the past, get ready to play it in a completely new way! The physicality alone is amazing in VR. Take a look at how you can spin the blocks in the playground just by hitting them or the way you can play tetherball with a corpse in Ravenholm. Shootouts by physically dodging for cover, manually reloading your guns, etc. is also insanely fun.
Click to expand...

Fucking awesome. I played garrys mod years ago and it was one of my favorite gaming experiences ever. Being inside HL2 felt incredible even though it had glitches. This mod will be even better.

I played the previous vr mod and wonder how they will deal with the driving sections in this one, the driving was a bad experience

k_trout said:
I played the previous vr mod and wonder how they will deal with the driving sections in this one, the driving was a bad experience
Click to expand...

Looks up to par in this

omfg I want this so bad

Another take, but similar opinion. It's amazing.

DSOgaming website loads slow af. Wtf is wrong with that site
You must log in or register to reply here.