Console gaming is filled with gimmicky hardware. Platforms need to stand out from each other, so they need unique hardware features and controller inputs that developers can use for their games to stand out on the system. Often times, many of these features end up as cool concepts that go under-used, or concepts that sound great on paper, but are only so-so in practice. Of the consoles (and handhelds) that you've played. What "Gimmick" did you feel like was fairly underused, but well executed in the games that did use it, or were neat novelties that ended up being impractical for most applications.

For me, I always apricated the VMU of the Dreamcast 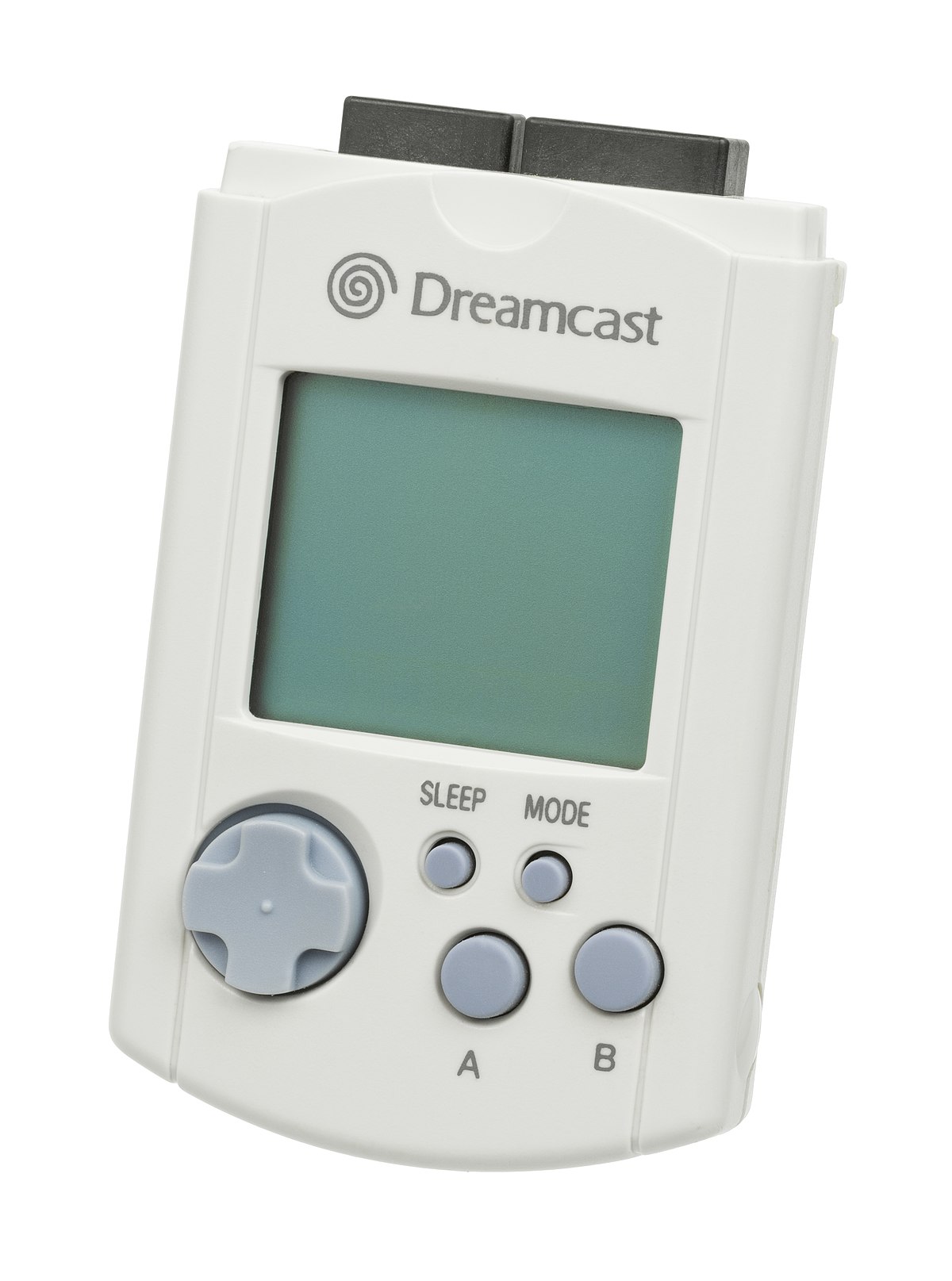 It's a weird, ambitious device only held back by the limitations of the tech at the time. It's battery life was terrible, using expensive obscure watch batteries to boot. It's internal storage was anemic, and most of the games you could play on it were ridiculously simplistic. But Goddamn if this wasn't a cool concept. Having a Memory Card be a gaming device unto itself, complete with a controller layout, multiplayer, AND can be used as a second screen for Dreamcast games? And those games could then unlock and gain new stuff in the main game? I'd be lying if I said the VMU wasn't ambitious as a hardware gimmick.
Last edited: Jun 6, 2020
Reactions: Allnamestakenlol, ProgenitorCastle, Guilhermegrg and 9 others

I don't know if I'd consider it a gimmick but ps eye and move. I fucking loved sport champions. It was really precise and gave me an exercise.
Reactions: AndrewRyan, ProgenitorCastle, Agent X and 2 others

Favourite gimmick is either the VMU or the EyeToy. Countless hours wasted playing Kung Foo.
Reactions: ProgenitorCastle and Gamernyc78

I actually really enjoyed the gyro in the Vita for a hot minute. Sniping people with precision accuracy using the gyro in Uncharted felt really good.
Reactions: ProgenitorCastle, Salmon Snake, Agent X and 3 others

Dual screens clamshell design on the NDS line. It's like a fever-dream 90s idea from SEGA or something.
Reactions: TintoConCasera, ProgenitorCastle, Guilhermegrg and 5 others

I also thought this was a novel idea although I never bought it. Seeing two diff images on one screen to play couch coop sounded dope. Sony's new PlayStation 3 monitor will let you get your 3D gaming on, and also allow two players to see different images on the same display, so there'll be no more split screens.

Detachable 2 part controller on the Switch.

Sold mine about a year after purchase because I rarely used it but I loved how you didn't have to have your hands together to play. I played in the weirdest poses while spread out on the couch.
Reactions: AndrewRyan and Punished Miku

Lightguns (Guncon in particular) and VMU probably. The VMU was such a cool concept. A little screen in your controller that's also the memory card. Take it out and it's a little portable device with controls. Speaking of VMU, it just reminds me how the Dreamcast was so ahead of it's time in many ways. Official arcade stick, light gun and fishing rod, official mouse and keyboard, 56k modem packaged with the system, internet browser, online games, dlc. Poor little bastard deserved so much better.
Reactions: the_master, Salmon Snake and Agent X

I was absolutely in love with VMU, but that beeeeep was bad.

great concept. Hope some party continue with this idea with a much better battery and screen
Reactions: diffusionx

VR is not a gimmick you heretic.
Reactions: Rudius, kuncol02, Wonko_C and 2 others 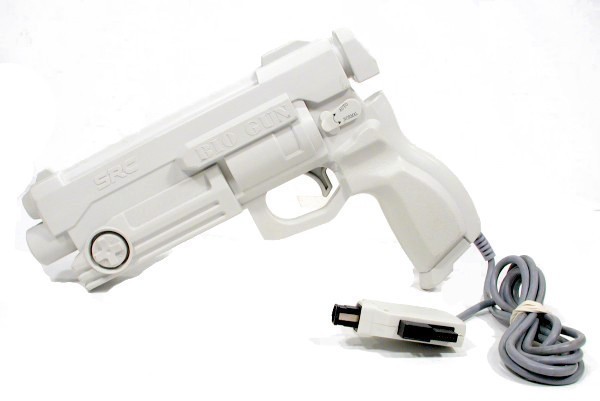 It was so much better than the Wiimote+. Sadly it wasn't supported well. 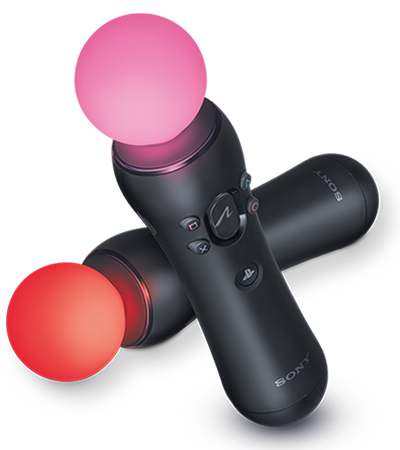 
In all seriousness, wii balance board. Ski jump was great fun with family and friends.
Last edited: Jun 6, 2020
Reactions: DaGwaphics and diffusionx

Definitely the DS. Unusual but so useful, especially when integrated well.
Reactions: ProgenitorCastle

The wiimote, the lightgun for the masses
Reactions: ProgenitorCastle and DunDunDunpachi

If so it's gotta be Wii Mote. What rise and then what a fall. It spawned PS Move and Kinect lol.

But even so Wii Sports was most fun and not too much fuss to play with fam and friends.

For a while the rockband stuff was great too - honourary mention!
Reactions: Guilhermegrg, RSB and DunDunDunpachi

I actually loved the 32x. Virtua Racing Deluxe... fuck man I was mesmerized.

Reactions: Isa, Self and JareBear: Remastered

OP had a good choice, the DC's VMU was a cool little gadget IMO, especially at the time
Last edited: Jun 6, 2020
Reactions: BlackTron, Isa and MetalAlien

Oh and the SVP chip on the Genesis. The game cost 90 bucks but I couldn't stop playing Virtua Racing! 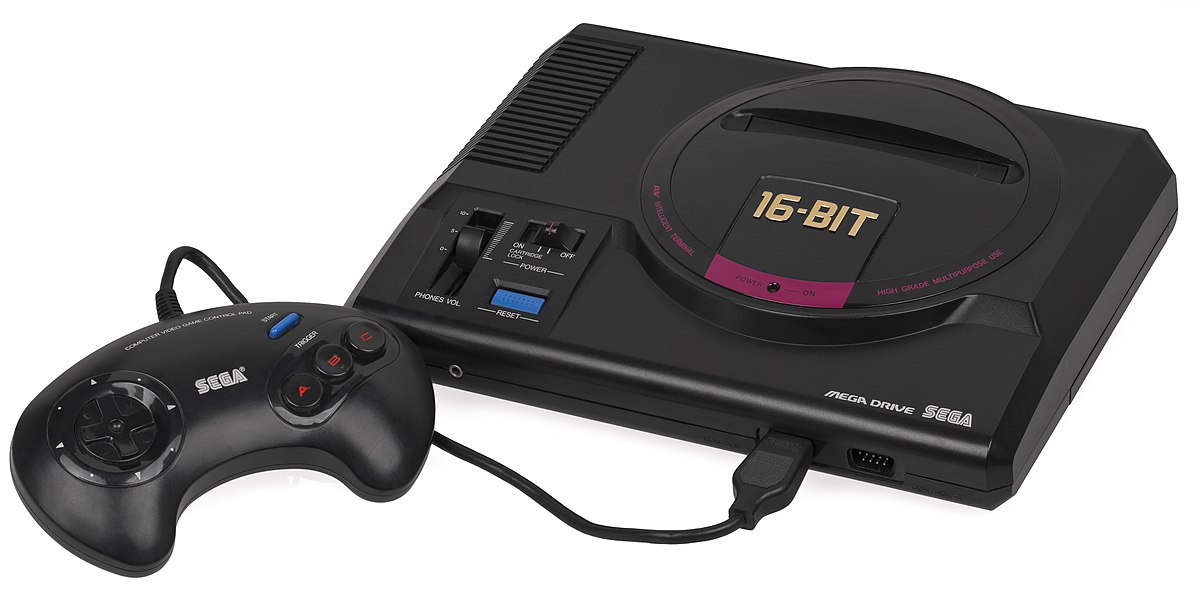 Mine's gotta be the PlayStation Vita's back touch. Only liked it for the best game on the system: 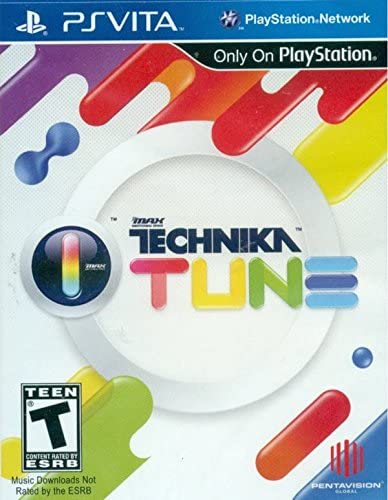 A Sega Saturn moulded lightgun for Dreamcast? I don't think I've ever seen that before. Intruiging.
Last edited: Jun 6, 2020
Reactions: Self

It was so much better than the Wiimote+. Sadly it wasn't supported well.

They were repurposed for PSVR though.

Time crisis comes to mind
Reactions: Salmon Snake and Self

Lightguns, of course. We have a lot of classics that uses it, and will be awesome forever.

I thinked in Rock Band instruments, but they were a nine day wonder

Kinect. Still dance in front of it like a fool on a regular basis.

Playstation 2's small PS logo which you could turn. 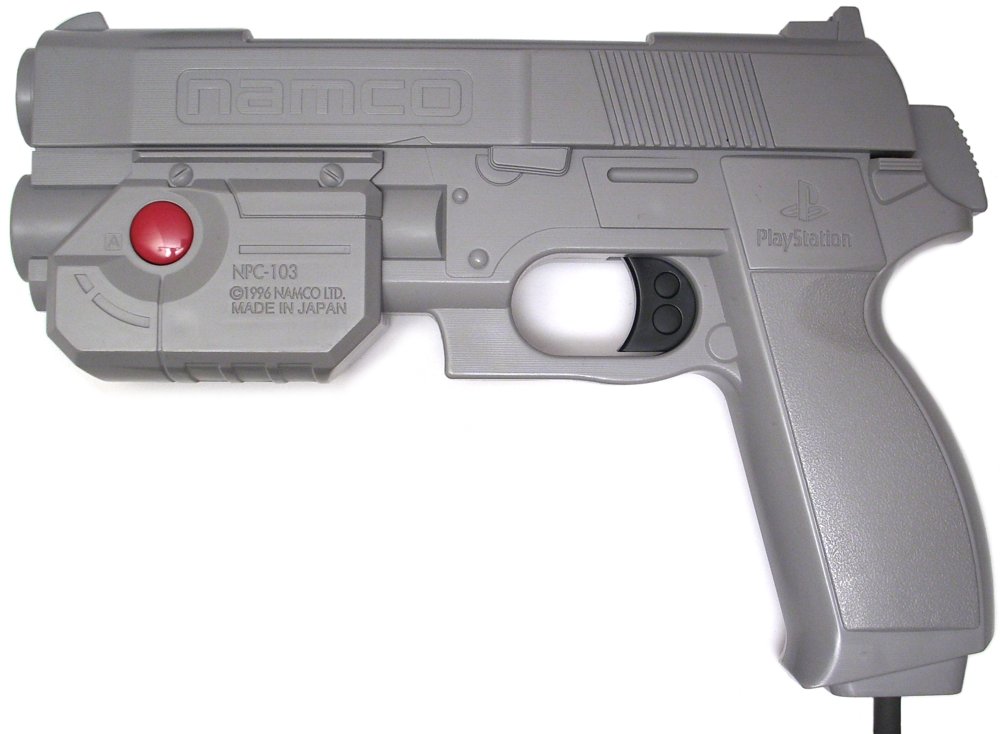 Gamernyc78 said:
I don't know if I'd consider it a gimmick but ps eye and move. I fucking loved sport champions. It was really precise and gave me an exercise.
Click to expand...

Sports Champions was truly a great game, but Sports Champions 2 is even better. I paid $2.50 for the download on PSN a few years ago, and it's found a permanent home on my PS3 hard drive ever since.

For anyone that likes "light gun" style games, The Shoot is a good one that uses PlayStation Move.
Reactions: Gamernyc78

Extra (classic) contollers for emulation in Wii. Memory cards (or the ability to save games inside cartridges).

Still fucking amazing and if you never got to try it/learn it you have no idea what you missed out on.

RE4 on Wii says it all.
Reactions: ProgenitorCastle and DunDunDunpachi

I really enjoyed the Dreamcast VMU. Also some gyro controls in PS3/4/Vita games. For PS4 I also enjoy the social functions. They may not work too well, and are a bit spammy, but its fun seeing what my friends are up too. Also the media section under a game's tab. There have been plenty of shots that made me want to start a game up right then, as well as plenty of laughs whether through quality moments in games, stupid bugs, or great humor from fans.

PS5 ssd. It has brought an endless amount of lols from delusional sony fans.

I have no idea why
Reactions: GymWolf
A

Honestly, the Wii Mote. Such an unique gaming experience. Sony as usual tried to replicate years down the line without having much success.

Vita Gyro aiming made every game that used it better
Reactions: ProgenitorCastle and DunDunDunpachi
F

Wii Motion plus. 1:1 movement was really appealing for a while...before no games used it.
Last edited: Jun 6, 2020
Reactions: Fbh and ProgenitorCastle

I like both Wiimotes and PS Move. Kinect was shit though (I tried)
Reactions: Jubenhimer

If you are a fan of racing games. That trigger rumble on the xbox one controllers

the handle on the gamecube.
Reactions: ProgenitorCastle, Belmonte and ValiantTraveler
S

Do wireless controllers count? If so, I vote for them.

On the VMU for some games it displayed information that wasn't on the screen and I think in one racing game it gave you a low pixel rear-view mirror. Totally fucking pointless, no-one is looking at their pad from their screen, which is why it was such an awesome little device!
S

Honestly, the Wii Mote. Such an unique gaming experience. Sony as usual tried to replicate years down the line without having much success.
Click to expand...

The PS2 Eye-toy came out before the Wii and the company that tried, and failed, to replicate the Wii was Microsoft. Kids these days, honestly.

Asymmetric multiplayer gameplay for the win.

It's too bad basically no developers actually capitalized on that.
Reactions: ProgenitorCastle
You must log in or register to reply here.

Social Opinion Hardware The best ENGINEERED console of each generation

Yesterday at 12:02 PM started IbizaPocholo
Today at 1:00 AM
Beechos
2
Thoughts on my Series X/PS5