Fanfiction: Do you think Ubisoft could have made a better CyberPunk 2077 than CDPR if given the same time and budget?

UnNamed said:
A Ubisoft Cyberpunk would have been a less ambitious project, more repetitive, maybe with less bugs but not without bugs.
Click to expand...

Cyberpunk doesn't even have the things Watchdogs 3 has, we saying cops driving cars is now "ambitious"?

A train station that is working is now "ambitious"? Those are things Ubisoft has done many times though and CDPR failed to do once.

Its hard to really argue one couldn't do this or that, when they literally just put out a game that does several things CP failed to do man. What CP2077 failed to do in many areas, is what Ubisoft has done many, many times. Not talking about lore, story and or anything like that, simply the fucking function of the world and its AI, they have factually done this, CDPR couldn't do it once with CP2077.

So I feel, to even have a real discussion, you tell me objectively what they attempted to do that was even ambitious that Ubisoft has never done before with any title.


mansoor1980 said:
i think ubisoft has the resources and the man power but they just dont bother
Click to expand...

After the sales of CP2077 despite being broken, trust me...Ubisoft will bother with some future Far Cry or Watchdogs mash up.

We can't just say they won't be able to do it either.

Watchdogs has a large world, with functional AI, they have done a train system before, cops can DRIVE CARS lol

Far Cry you have boats, planes and all sorts of shit to drive with great gun play. This means the thing CP failed to do, has already been done by Ubisoft in many areas, they can 100% pull it off, they already have. We are basically just talking about setting at this point as the teams at Ubisoft can fucking program cops to drive cars, chase you and fight you etc.

mansoor1980 said:
CDPR are talented but they are limited in manpower/resources
Click to expand...

This. Ubisoft throws the whole kitchen sink at a release, they are not afraid to put like well over 1000 developers on a game and I feel it makes sense. PUT THE MONEY TO USE, games are already complex and timely, why waste money forcing a team of 500 to do the work of 1500? It makes no sense and CDPR's management is to blame. No matter how good the team is, they can't really expect to pull off Ubisofit quality, with a fraction of the team and then act shocked when cops can't drive cars and the AI is dumb as bricks and GTA III makes it look like Pong.


Marty-McFly said:
and these are the most fun aspects of an open world game in my opinion. CDPR's "writing" is arguably held in higher regard, but that's just not enough for me.
Click to expand...

Agreed. For me, the game still needs to be functional, I like MGSV for fuck sakes lol its story is sooooo bad, but the game works, it exist as a functional game and I put over 100 hours in it. Never had one technical issue. Writing can only take you so far, its why I feel Ubisoft makes the better game.

The very features CDPR couldn't do, Ubisoft fucking does on a regular basis like clock work.


Danjin44 said:
I'm no expert but even I can tell that things gone wrong with CP2077 has nothing to do with lack of resource and man power, to me that's BS excuse. There are AA devs who barely have half the resource CPR has and still managed to make proper game.
Click to expand...

Maybe. I feel to a degree sure, but when you ask a team to do GTA, Watchdogs, Assassin's Creed level shit and then give them half the staff needed, you need to expect lots of issues and problems as look at the teams that make those titles.

"Assassin’s Creed Origins, the modernisation of the series’ open-world experience, required the efforts of Ubisoft Montreal and Ubisoft Kiev, comprising around 1,000 developers in total. Then, Assassin’s Creed Odyssey enlisted seven studios to recreate Ancient Greece, and these supported the game with chunky content updates like Legacy of the First Blade and The Fate of Atlantis. With 15 studios working on Valhalla, we may surmise two possibilities. Firstly, the game is going to be ginormous. Secondly, the game is going to melt my laptop."


So we can say many things about Ubisoft, what we can't say is that they don't put the money behind their games or the staff needed to make a project what it was marketed to be. People can have issues on story, theme, lore etc, Ubisoft is not out here making a fucking city where cops can't drive cars, promise a train station, that they can't do lol So I'm not saying alllllll that is based on team size, you are correct that it might not just solely come down to man power, but it doesn't help to be understaffed either. Why CDPR thought they could just pocket that difference and fuck over their own team is beyond me. Ubisoft doesn't do that shit as to why I feel they'd make the better game, functional, working and with features promised vs "we are sorry, give us time". CDPR is out here making AI an expansion to pay extra for the game to work years later at this point.
Reactions: Flabagast, Marty-McFly and mansoor1980

Ubisoft is my favorite developer/publisher and even I would say NO. CDPR made an excellent game. It was the management who fucked it up by rushing it out the door when they didn't have to. They should have delayed it to May 2022 in my opinion.
M

I like Ubisoft games. They're generally well made and don't tax the brain.

With less time and budget Ubisoft already delivers better games. As an example, in the last Assassin's Creed they had extra time and budget was with Origins, and they did a good work to refresh the series. So having more time and budget yes, they would be better. As of now the Ubisoft games are more polished and complex in term of amount of features and content, small details, rpg elements or sub-systems, etc.

Where Cyberpunk 2077 is better is in the art design and the awesome IP. That's all. 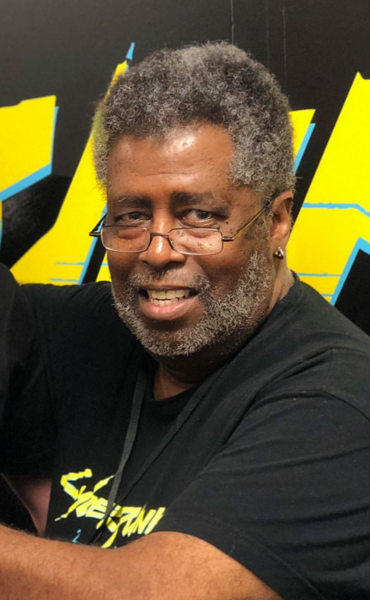 For those that dont know Mike Pondsmith is the designer of the original Cyberpunk.
Click to expand...

Yes, this guy is a legend.

Btw I got permabanned from Resetera because I said Mike isn't a white supremacist and posted his photo.
Last edited: Sep 3, 2021

I already liked the Cyberpunk that CDPR gave us, and I don't like Ubisoft's games, so yeah, CDPR for me.

Ubisoft would just make another assassins creed but put it in a cyberpunk skin.

Ubi games are cool but I do know more or less how their games will play. I'd rather have a failed experiment than something polished but predictable.
You must log in or register to reply here.