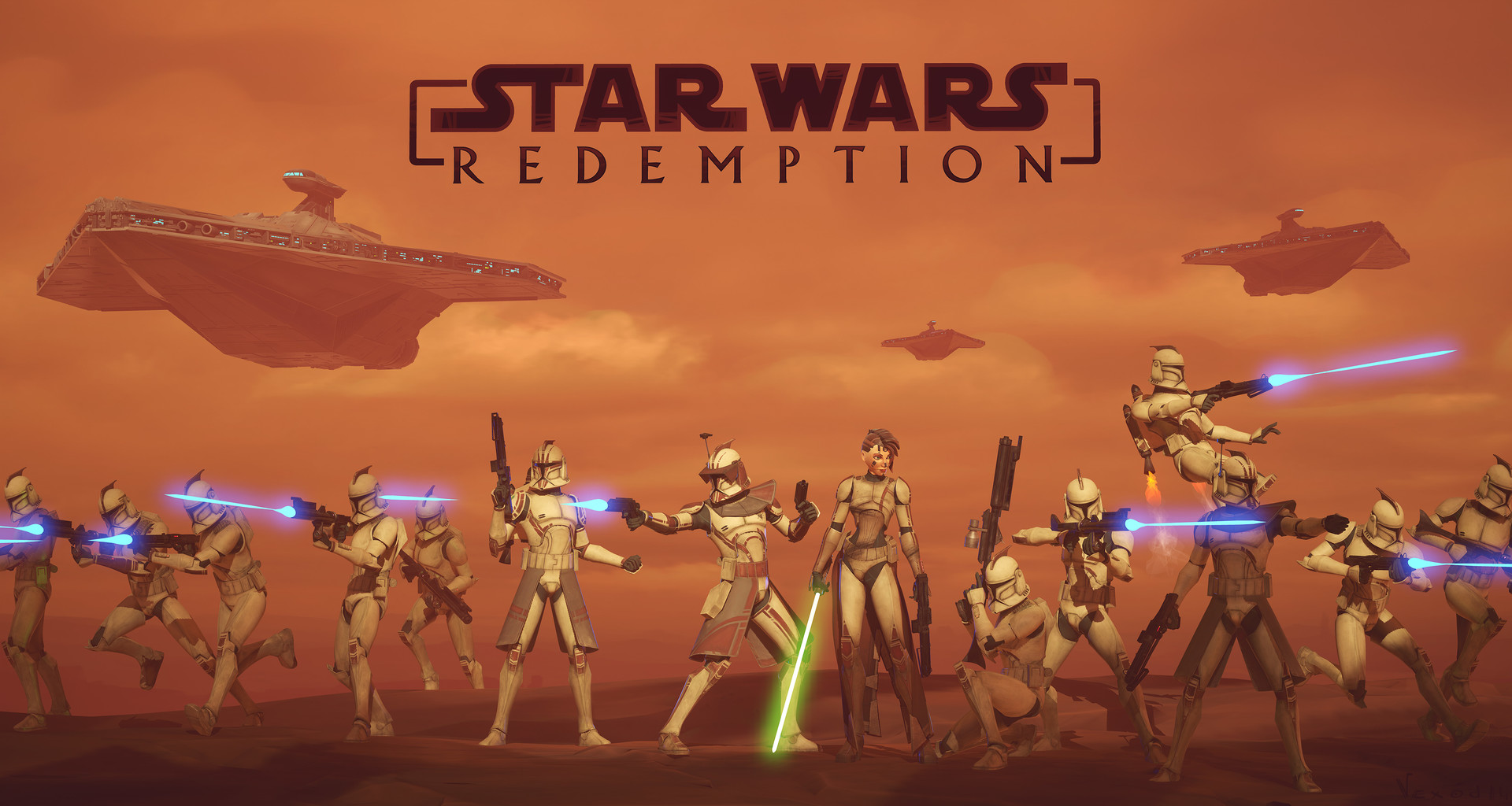 Star Wars Redemption is using Unreal Engine 4 and is inspired mostly by the clone wars TV series. From the looks of it, this is a third-person game. As Etienne Beschet said:
“At the beginning it was just about a Jedi in a clone outfit and the more I spend time on it, the more new stuff I added to this base concept.”

As its creator claimed, this demo can be resource-heavy. Although it does not use any Ray Tracing effects, Beschet recommends using at least a GTX 1070.

Once you've got the ArtStation product, which is a simple text file, you'll get a link to a Dropbox folder where the game and additional content awaits.
Future updates of the game will be included directly in this Dropbox.

About the trailer:
Etienne Beschet:
"Here's is probably the most challenging part we did for the project : animation.
But it was pleasant, and a really heavy blast of experience. This was originally an idea Thomas Chaumel & I had this winter, we wanted to push the animation of these characters a bit further than game cycles.
Working from a keyframed camera angle doesn't offer to animate in all views, but in another hand you're not forced to check what's behind the character and it's kind of a cool thing.

Also, since your character movemet is captured by a camera in motion, you have to be really careful with any animation arcs and curves between frames, you can achieve this by using g-ink (what we did for most shots) or using the new ghosts from akeytsu 2.3.8 (they take account of camera transforms ).
And I definitely loved using is for the "fairy" shot (lots of curves everywhere, dang !) We've made it without any final cut in mind, but only ideas of shots we had from time to time (we have a big trello board full of ideas ^^ We released a few here =))
Renders were all made in realtime using Unreal Engine 4 or Marmoset Toolbag 4 Animation was made using akeytsu (with pleasure as always) VFX, set dress, were most of the time made in unreal and some time on 3dsmax or akeytsu (but this was quite rare, it was more used for blocking out the main shapes & features)
Modeling was made with 3dsMax & ZBrush Each texture was carefully handpainted in 3DCoat."

I wish a game based on the cartoon network series Or based on Kyle katarn with new graphics
Last edited: Aug 3, 2021
P

Looks cool but maybe time to put the brakes on the "side of the head shaved female" design, its fast becoming the new bald action guy of the past generations. Which is very ironic really given what is said about the boring bald guy trope, anything becomes shite if you overdo it even if its quirky.
You must log in or register to reply here.