Key word here that everyone seems to be neglecting,"Revolutionary". Merger/new game/mini dreamcast dont really fall under this category i'd think.

Dreamcast Series One XYZ volume 4 version 3.43327
Out yesterday, specs announcement in a week, first game to be released in 2 months!
Buy one and stare at it now!
Reactions: cireza

Announce Virtua Fighter 6 and Shining Force 4 and shining force 1/2/3 complete remakes and I'll be so happy.
Reactions: VectorVictor, Crew 511A, Dzab and 4 others

Is the news about them not accepting money to pump up reviews score anymore?

That will be big...
Reactions: Mr White and Ryujin
A

SonicJams said:
Key word here that everyone seems to be neglecting,"Revolutionary". Merger/new game/mini dreamcast dont really fall under this category i'd think.

Revolutionary, plus "talking to technical staff" to me means something related to an engine or soft tech or a new game facilitated by both..

Some kind of MMO? SSD related innovative game design? I don't know anything about the Yakuza remasters, but they did so many, so well, it seems possible they could have developed some technique or platform to expedite that process..
Reactions: Bryank75 and SonicJams

Give me Saturn mini..

Or actual Sega Ages that gets updates with regular Saturn and Dreamcast games. Not just Sonic 1 then months later, Sonic 2 until they annouce another service starting with Sonic 1 lol

Release Sega games every month or fortnight, including Saturn and Dreamcast from the get go, not after all Genesis/ Megadrive games are on there.
Reactions: Esppiral

When was the last time one of these "huge" teases turned out to be something good?
Reactions: The Fuzz damn you!, luchoni, fse and 4 others

What is it I wonder? 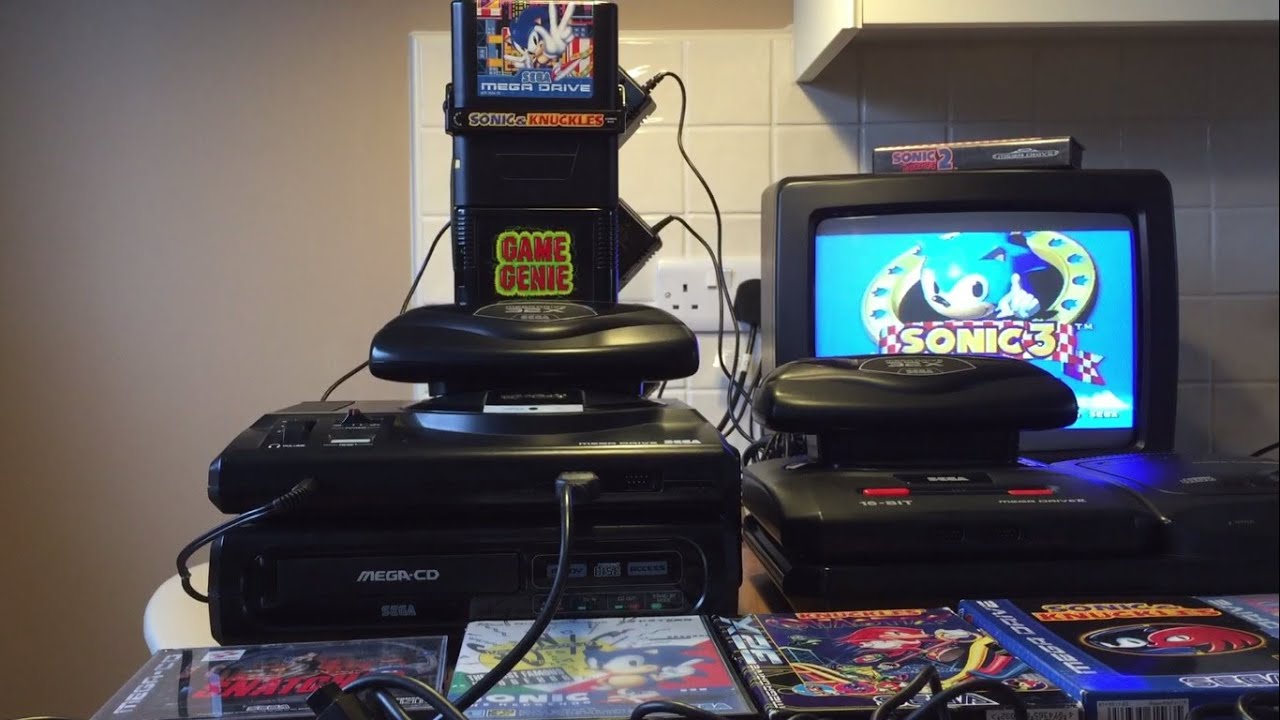 Probably a Yakuza announcement for PS5.

Can't be Sonic as the Japanese don't like that franchise.

(...) I got a huge scoop… It’s a world premiere article. And an exclusive. It may not be Nikkei or Weekly Bunshun, but if you want to know if it’s a scoop that big…it totally is! It’s a scoop from a game company that everyone loves. An insane scoop. Last year, Wired got the exclusive story on PlayStation 5, right? Other media didn’t. It’s that level of a scoop. I interviewed a certain company’s executive and technical staff, it’s really revolutionary… really, it’s a revolution.

It’ll be in Famitsu next Thursday. I already sent in my manuscript, so the proofs are being made now. It’s a scoop on a level that when the story comes out, other media will make a fuss to the company like, “Why didn’t you let us cover it?” Maybe people will say, “Who was the first to break that story?,” “It was Zenji Nishikawa, right?” It’s a scoop as major as the PlayStation 5 scoop. I just wanted to say that in advance.
Click to expand...

Also let's not forget this guy is the source of the PS5 Pro rumor that VFX Veteran ran with.

Xbox or PS5 related? Any hints? BGs is a Playstation VR dev.

I would be careful with such hyping statements...shareholders will not take it lightly if in the end it turns out to be a letdown...

I don't think it's gonna be bought by somebody else...mediocre games aside, it's a VERY big society with tons of assets...I may be wrong, but buying SEGA would be too much for anybody

I'm down for a mini-console...or even a new one not called Dreamcast

But, let's be real...it'll probably end up being something amazing for japanese people only, like a new arcade building or, i don't know, a sonic themed amusement park, something like that...good for the locals, useless for anybody else

I really hope Microsoft didn't buy Sega.. but considering how close the two are..

Next gen consoles to be backward compatible with Sega Saturn and Dreamcast physical media+ online distribution.

Its happening folks, the writing has been on the wall
Reactions: D-Dude

What would we lose on Playstation if MS bought them?

gamerforever said:
Bethesda haven’t output anything of real value for a decade. Their biggest misstep has been focusing on open world online gaming. I do not see them as a great acquisition and certainly don’t think they will improve by going to Microsoft. I would say Sony needs to get from software on their side again, but have missed their chance in acquiring them due to the failure to support demons souls and the dark souls series success on multiplatform.
Click to expand...

Their already owned by a large Japanese consortium, so I don't think they were ever on the table.

Thirty7ven said:
Why does the guy sound like Trump?


Also let's not forget this guy is the source of the PS5 Pro rumor that VFX Veteran ran with.

Xbox or PS5 related? Any hints? BGs is a Playstation VR dev.

Exciting for Japan is probably something like SEGA is building a Giant Fei-Yen in front of Sony's Building.

Famitsu shouldn't be hyping SEGA up so much as the rest of the World cares more about SEGA's games than Japan ever could.
Last edited: May 27, 2020

cormack12 said:
What would we lose on Playstation if MS bought them?
Click to expand...

Persona, Yakuza and Judgement... Sonic and a few other smaller things.
Reactions: cormack12

Fanboys limited imagination always amounting to Microsoft buying a studio or whatever will always be funny. Like there's nothing else that can come from MS aside from them buying something. It's hilarious.

Bet it's fucking nothing

Would suggest that Microsoft buying Sega is fairly unlikely, and certainly wouldn't be revealed in a Japanese gaming magazine.

As Phil Spencer himself said, the Mojang acquisition ($2 billion) was outwith the reach of Xbox and had to be a group level acquisition. Sega (market cap $3.5 billion, purchase price?) is substantially bigger than Mojang.
Last edited: May 27, 2020
Reactions: zeroFiveNine, gamerforever, Somnium and 1 other person
B

Getting hyped by a Famitsu "scoop" is just setting yourself up for massive disappointment. How can anything else be on the same level as PS5 news, other than another next-gen console news?

Sega being acquired by Microsoft would be a death sentence for Sega, so I doubt it's that.
Reactions: Investor9872, GHG and Starlight Lotice

June 4th is a week from now and Sony is still mute about any upcoming event. After having been the first to cancel their E3 presence. I just don't know what to think of that company.

I have no idea what the fuck this is but it's strangely mesmerising.

I've clearly been in lockdown for too long.
Reactions: Somnium and cormack12

The only news I can think of relating to Sega being as big as the reveal of the ps5 is someone bought Sega
Reactions: rob305

Thanks in advance for the nightmares.
Last edited: May 27, 2020
Reactions: TLZ, Somnium and cormack12

Microsoft buys capcom and sega, and becomes the Joe Biden of vídeo games.

SEGA getting bought doesn't sound exciting to me. The industry has suffered too many acquisitions and such. Like, if MS bought SEGA, we'd likely just see fewer SEGA games.

I kind of hope SEGA has something unique up its sleeve. Some new hardware thing.

As a long time Sega fan, I feel like I've been through this too many times.

My hope: Shining Force 1-3 and PD in English, Sonic Mania 2, and Virtua Fighter Collection (Including VF Remix and Fighter's Megamix). A guy can dream, right?

The reality: It's another compilation of the same 50 Genesis/MD games Sega has been hawking for the last 20 years.
Reactions: Starlight Lotice and Andodalf

“If you don’t buy my console, you’re not Japanese”
Reactions: Honey Bunny and Crew 511A

Sega going bankrupt and liquidating all assets, all rights bought by some shady capital management company?

I have a few guesses I could throw at this, it's hard to do a full pinpoint on what it could be


Or it could be absolutely nothing of note. So I'm keeping expectations extremely low. Probably going to end up being some Mega Drive compilation rehash like we've had the past God knows how many times.
Last edited: May 27, 2020

Wherever Sega goes, I'll go. I like their stuff very much. Lot of hits and misses in the latest years but when they're good, they're really good.

A Saturn mini would make me go bonkers. I own the console but I only have 3 games (Jap Saturn) and I can't really find or buy any games lately, it would be great to have a mini of that. I fired up my DC this week and it feels so good to play Project Justice and Virtua Fighter 3 TB on it.
Last edited: May 27, 2020
Reactions: Laconian Sword and Starlight Lotice

I'm banking on Sega being bought by Microsoft.

Thabass said:
I'm banking on Sega being bought by Microsoft.
Click to expand...

As an Xbox owner, I'd be happy...but I'm not thrilled with the direction MS has pushed its in-house studios.
Reactions: lock2k

No way is this an acquisition, "revolutionary" suggests some kind of technical thing. Maybe it's some kind of cloud/streaming service, but with thousands of Saturns/Drramcasts etc hooked up in a huge server centre, allowing you to play any Sega game from any device.

I would prefer an all in one console that cn play any Sega game from any Sega console, with Sega re-releasing old games.

A more likely possibility is that the stuff about "riling up" the industry etc is just hyperbole. It might just be Virtua Fighter 6, but with really nice graphics.
Reactions: SonicJams and Mr White

Thabass said:
I'm banking on Sega being bought by Microsoft.
Click to expand...

Sega is huge, they are part of a much bigger company. A partnership maybe, but being bought sounds complicated.
Reactions: I Love Rock 'n' Roll, Starlight Lotice and Rean no Kiseki
You must log in or register to reply here.