In 2018, we shared some details and screenshots from the cancelled HD remakes of the first three classic Mortal Kombat games. And, from the looks of it, Eyeballistic will repitch this project to Warner Bros. Furthermore, the team revealed some brand new screenshots that you can find below.

In order to spark some interest, Eyeballistic has launched a petition. The team hopes that if enough players sign it up, it will “force” Warner Bros to green-light the HD project.

These new HD remakes for all three Mortal Kombat games will be using Unreal Engine 5. The team will recreate in 3D all characters and stages. Do note that the goal is to remake the first three games, and not Mortal Kombat Trilogy.

“We’re planning to painstakingly recreate every detail of every stage and character in glorious 3D. Of course every fatality, brutality, friendship and animality will be there too. The characters and stages will get a face lift to 4K resolution and 60 frames per second gameplay action through the power of Unreal Engine 5. We’ll even remake all of the music by giving it a modern cinematic sound that incorporates real instruments.”
Click to expand...

Lastly, you can go ahead and download the prototype version of the Mortal Kombat HD Remake. This is a really old version (that uses Unity Engine) and, obviously, does not represent the quality of the final product.

Eyeballistic has provided us with the following exclusive screenshots. These screenshots showcase some of the characters, as well as some of the stages. They also compare the original sprites of Cyrax and Sub-Zero with their new 3D models. 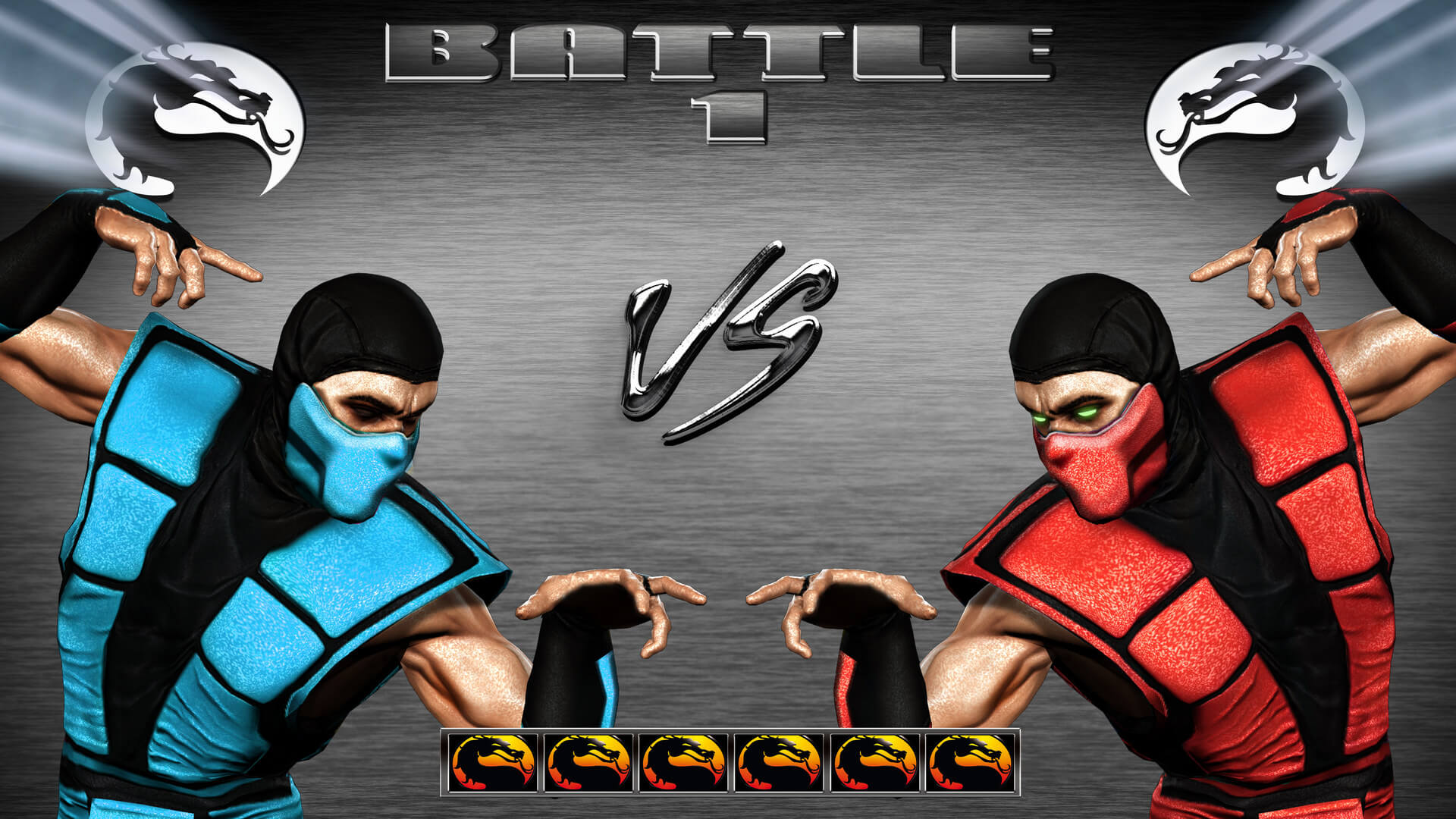 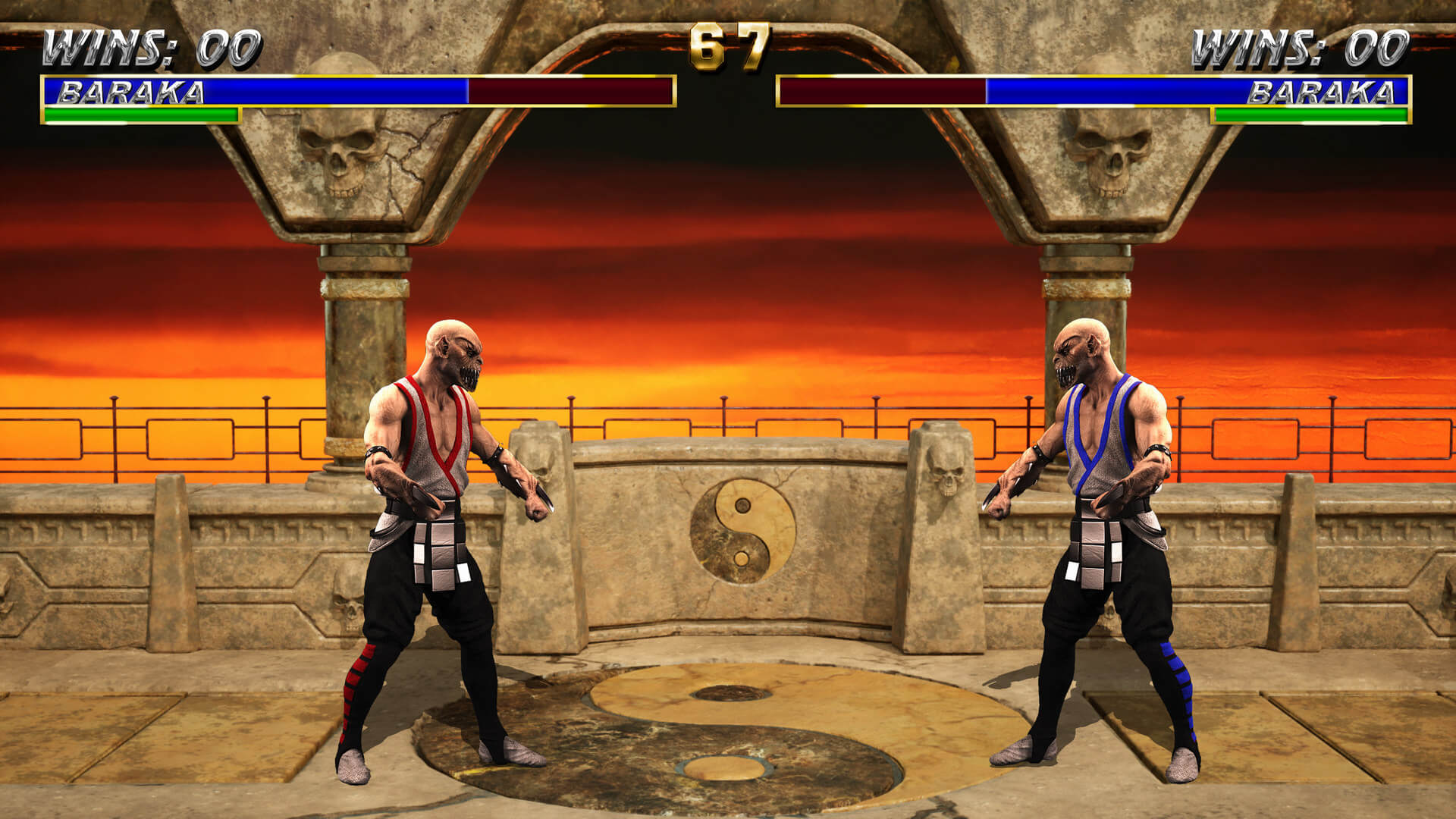 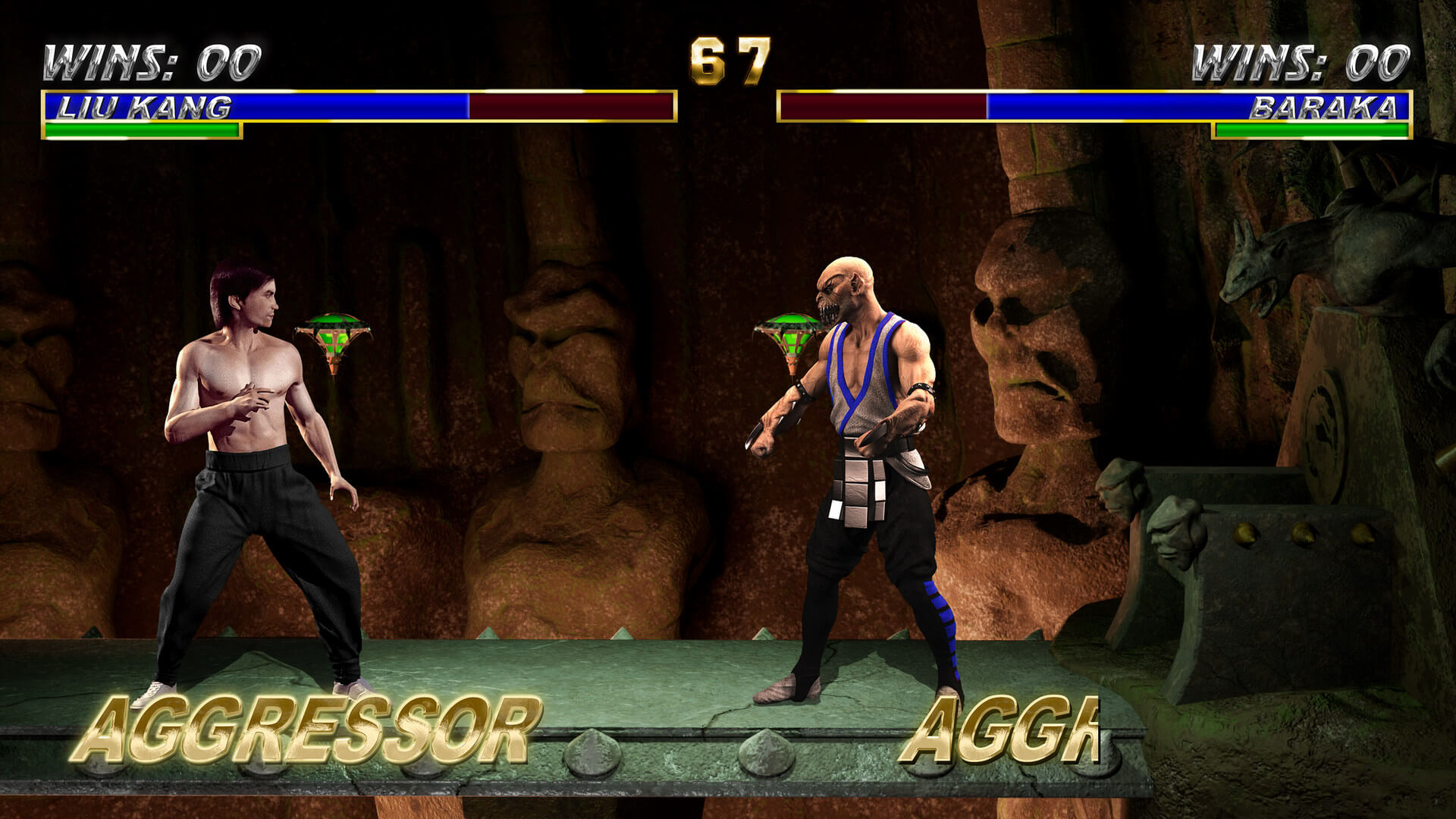 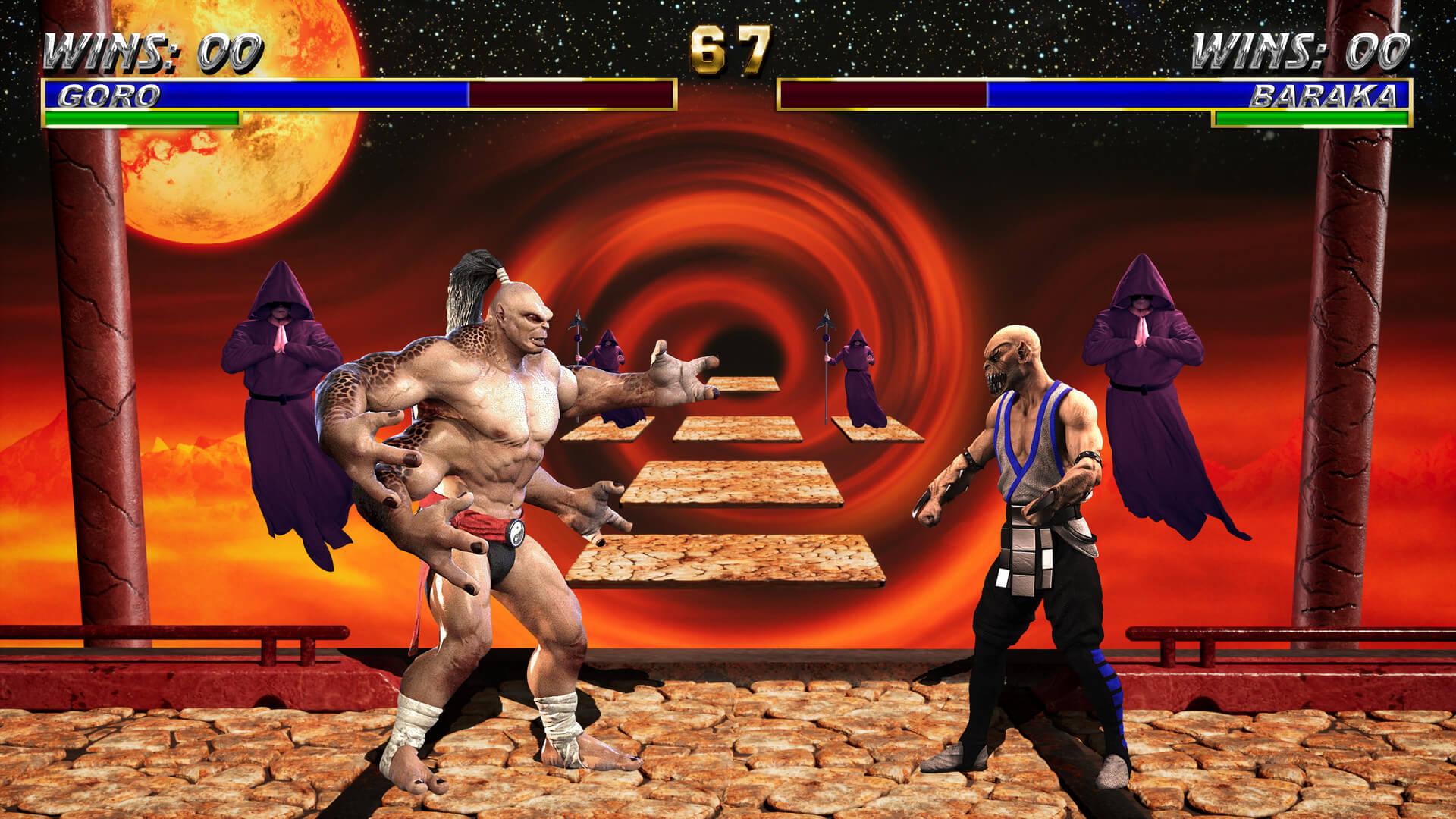 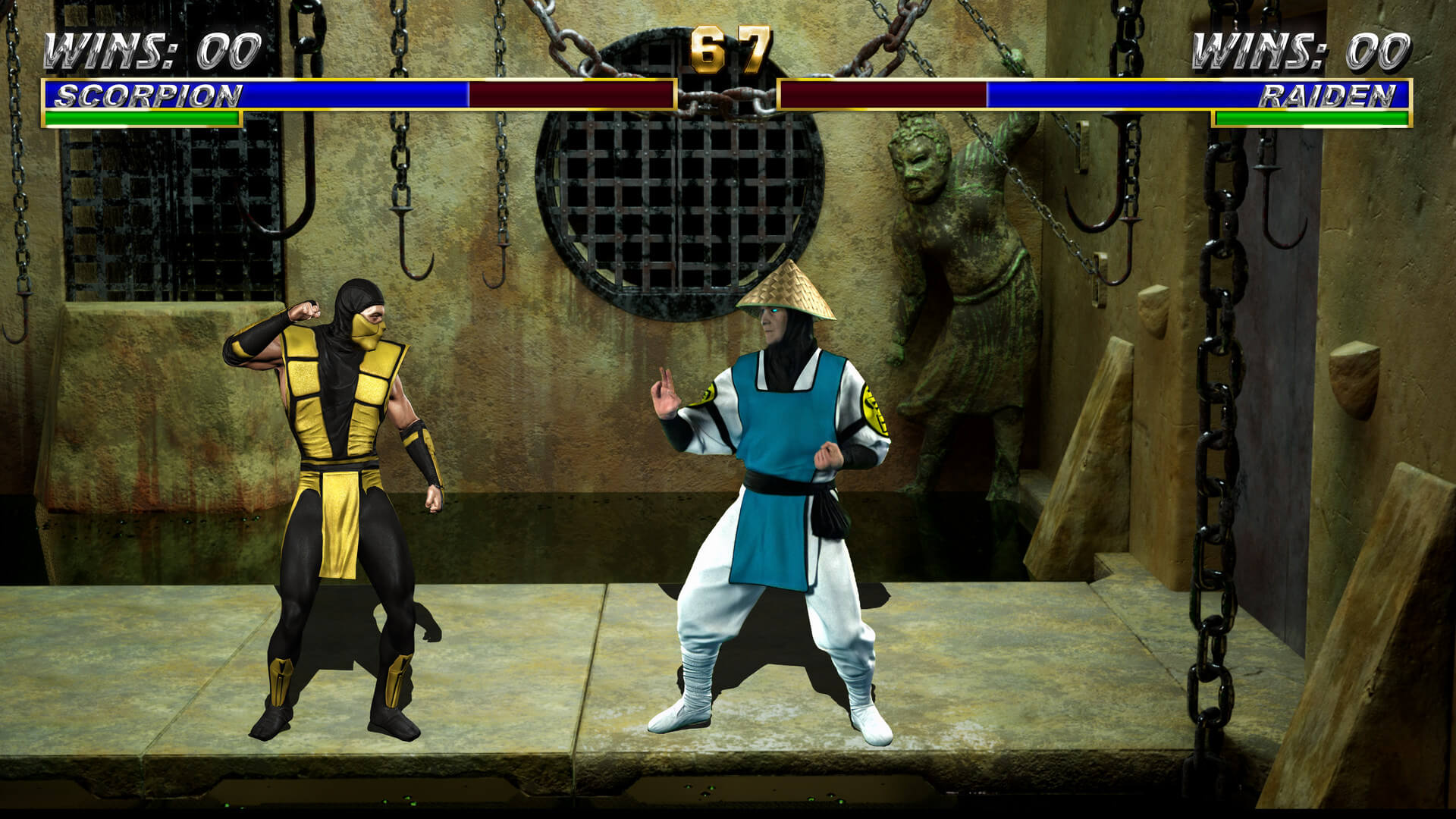 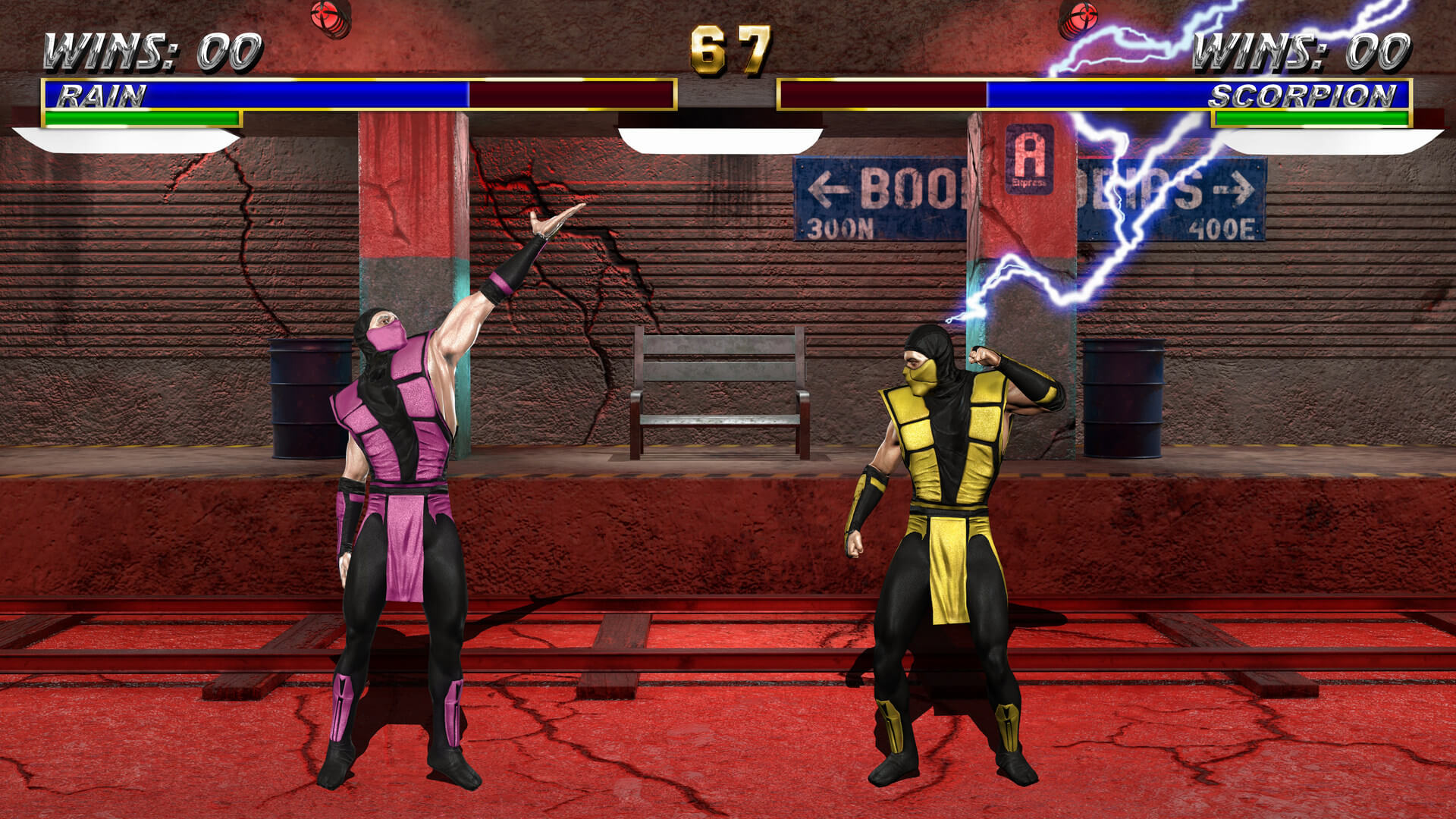 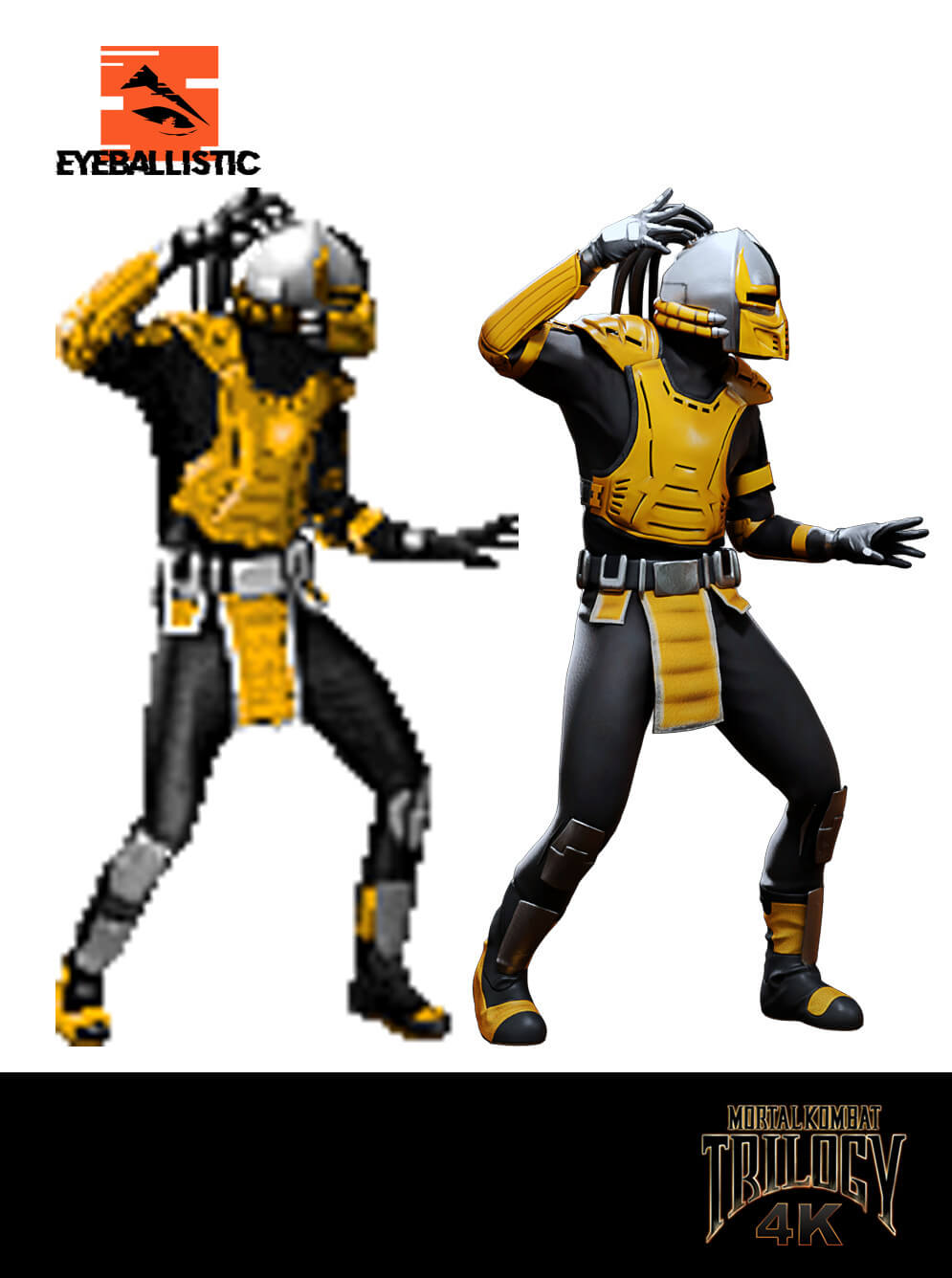 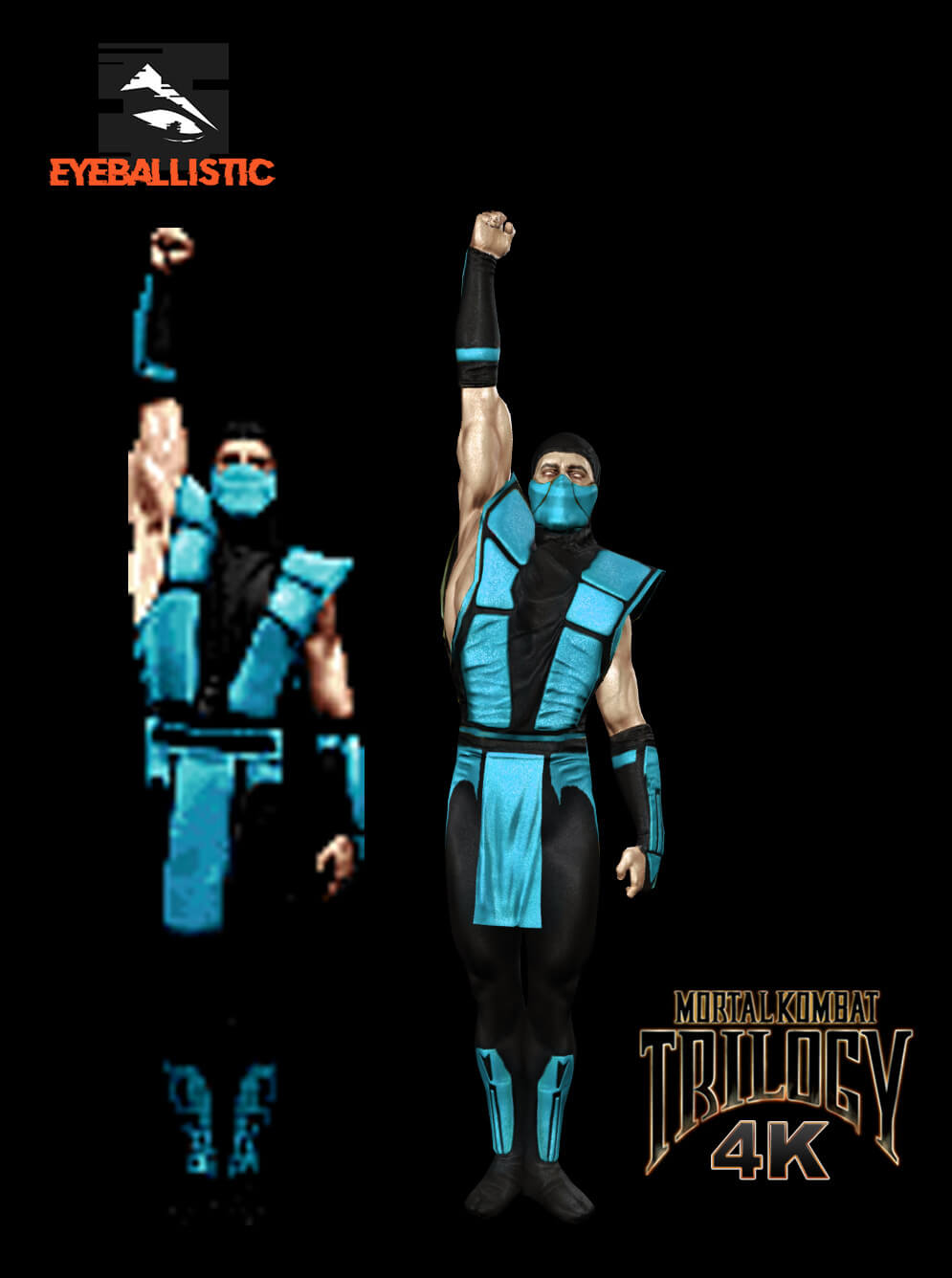 Talk about dragging the heels, this is what should have come about instead of the Arcade Kollection from a few years ago

Will this still have the ninja back roundhouse bullshit that was superior to everyone elses roundhouse kicks?

Fuck thatm. MK2 is the GOAT.

UMK3 is still the best MK I played online. I like its old school move sets and lack of stances etc. I had a blast on XBLA way back. I wouldn't mind if they touched that one up.

The Pleasure said:
Will this still have the ninja back roundhouse bullshit that was superior to everyone elses roundhouse kicks?
Click to expand...

But on the other hand, Trilogy was the broken version of UMK3 and was shit. Without balancing that pos, you'll get lots of Saibots.

Don't want to sound like a boomer, but I prefer the original pixelated less-detailed look. It matches the grittiness (violent nature) of the games.

Kudos to Eyeballistic, though. They did a great job in faithfully remaking the graphics.
Last edited: Dec 1, 2021

Agree. There's something off with the HD remakes of the characters. Almost plastic-looking. I'm in no way an artist but these new looks just don't look right to me. They look too noisy, like some kind of detail filter has been applied. I dunno.

kanjobazooie said:
Don't want to sound like a boomer, but I prefer the original pixelated look. It matches the grittiness of the games.

Kudos to Eyeballistic, though. They did a great job in faithfully remaking the graphics.
Click to expand...

I agree. Looking at the last comparison shots, I like the old digitized look.
Last edited: Nov 30, 2021

Saying that MK2 is my favourite beat 'em up. If its a faithful port I'd definitely get it. Anything has to be better than that fucking Games for Windows MK Kollection.
Last edited: Nov 30, 2021

Why look so cringe?

At least it was more straight-forward with Streetfighter and the HD remix, (which to this day is not compatible with the latest xboxes..)
V

I would have preferred it if they went with higher-resolution digitized actors like they did in a previous attempt, and the screenshots look pretty poorly composited, but they'll probably look better in motion. I hope they can get the go-ahead this time.
Last edited: Nov 30, 2021

Got excited when I saw Trilogy, got disappointed when it specified that it’s not mortal kombat Trilogy but the 3 individual games instead. Trilogy is the best game in the franchise and it still hasn’t released on anything other than the PS1 and N64 ffs.

MrFunSocks said:
Got excited when I saw Trilogy, got disappointed when it specified that it’s not mortal kombat Trilogy but the 3 individual games instead. Trilogy is the best game in the franchise and it still hasn’t released on anything other than the PS1 and N64 ffs.
Click to expand...

Ya I thought the same ... if you do the three games might as well do Trilogy as well

WTF did they do to Liu Kang? 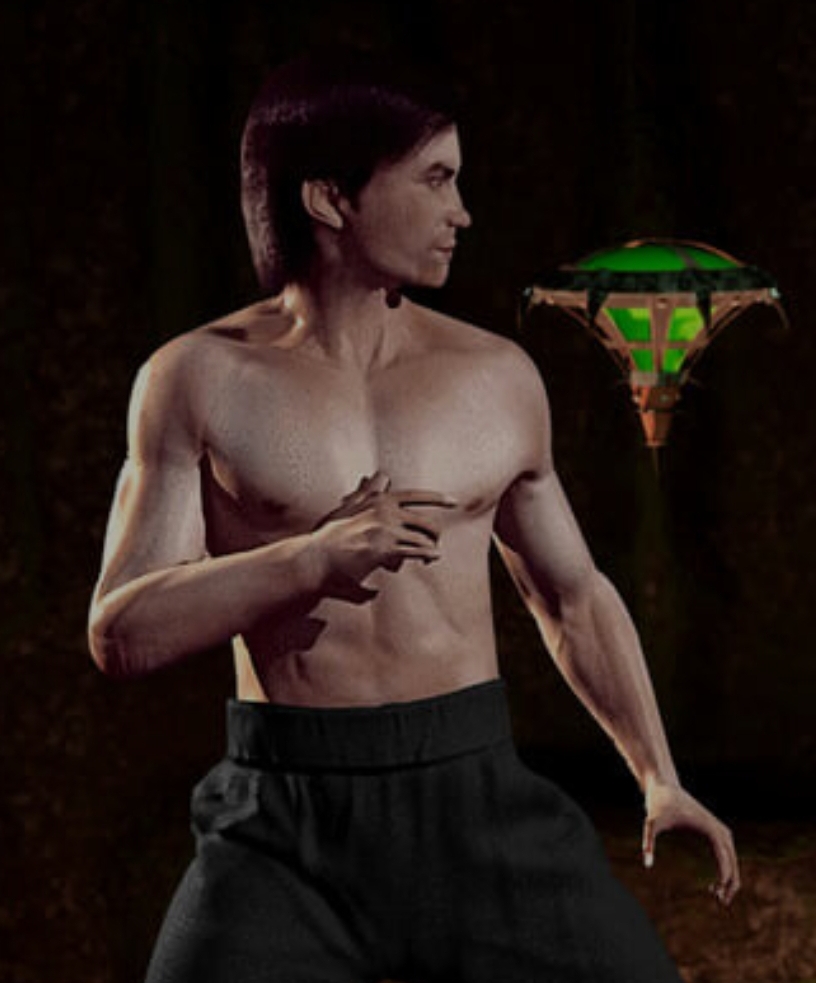 What about the animation frames tho?

I would refuse a pitch with those awful looking characters lol

Whitecrow said:
I would refuse a pitch with those awful looking characters lol
Click to expand...

Kang and Cyrax don't look great but the others look spot on. I love the HD ninjas.

You should compare him with Kang from MK1 and not from MK2 (I personally love Kang from MK2 and find him way better than MK1). He looks identical to the MK1 sprite.

This really is a bunch of artists coming together, randomly rigging up 3d models in varying techs and generating disparate looking sprites from them.
There is some talent there, but they desperately need an art director and common workflows here. No wonder WB turned them down the last time.

Ed Boon has already teased on twitter that they have big plans for MK's 30th anniversary next year. When someone responded and asked him if they were bringing the klassic games to modern systems, he responded with "I wish i could say more right now, but i cant".

My guess is this is (or something similar done in-house by NRS) is already coming next year. And it would be ABOUT MF'ING TIME!!!!!!

Something seems off with these. It is like they made them thinner or something. Can’t quiet put my finger on it

MKII is still my favourite game in the series. Would gladly buy it.

I hope this works out for them, they've been hard at work on this project. I recently watched this mini doc on MK classic remake attempts and Eyeballistic were mentioned. According to the vid, they were led to believe they had a very good shot, but turned down by WB a few times.

Its a good watch, check it out.

The Pleasure said:
Will this still have the ninja back roundhouse bullshit that was superior to everyone elses roundhouse kicks?
Click to expand...

MrFunSocks said:
Got excited when I saw Trilogy, got disappointed when it specified that it’s not mortal kombat Trilogy but the 3 individual games instead. Trilogy is the best game in the franchise and it still hasn’t released on anything other than the PS1 and N64 ffs.
Click to expand...

It says that in the article, but that is clearly the MK3/T Scorpion and health bars and the MK2 Dead Pool level. Maybe they were doing MK, MK2, UMK3, and MKT?

MK3 was one of the first games I got on the PSX, played the shit out of it and was good with damn near every character. I know a lot of people don't like the dial a combo and run button, but it's probably my favorite of the original trilogy. Also played a ridiculous amount of MKT and spent way too much time trying to get Pit II fatality to work to later find out that it wasn't included in the PSX version.

Wish they were digitized actors but I get that it's hard to pull off.

Still, I like the overall look and would give it a try if it's a budget release. Do it, WB.

I wish they could digitize actors, those look like some especially cheap tenders. I'd rather have the originals rereleased instead to be quite honest.

eeeww no.. why not just the actual games?

This looks awesome. I hope they finally give the green light.
S

This isn't so bad, there is some potential here. But rather than remakes, I think it would be cool to make a brand new MK game with 2D renders from today.
E

Enough with the remakes/remasters!
S

Kang looks terrible. Raiden's face also looks weird, and the "tights" (?) that all ninja's apparently wear look wrong somehow. Not a fan of this approach in general...
Let those games be their own thing, even with the badly aged pixelated but real-people characters.
Maybe restore frames from the original video resources that seem to have survived.
Last edited: Nov 30, 2021

They should look for art pixel devs or A.I upscaler.
L

looks like a quick ESRGAN pass. but still looking forward.

also, i think i'm the one my one who holds this opinion but MK armageddon would be a welcome addition.
Last edited: Nov 30, 2021 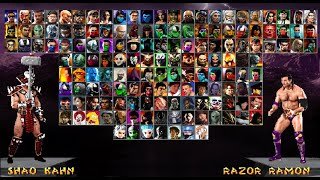 Mortal Kombat New Era (2021) Beta Release https://www.mediafire.com/file/ab2rqa6lo490scv/NEW+ERA+21+Beta.rar/file ALL THE CREDITS TO THE AUTHORS AND EDITORS OF CHARS, STAGES ETC. And thanks for this amazing site https://www.andersonkenya1.net/

Also has lots or characters from other games that had digitized actors like the old wrestling games, etc. 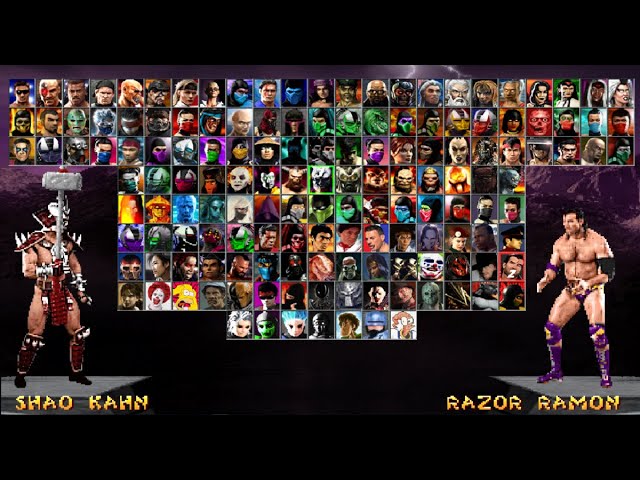 BennyBlanco said:
If you just wanna screw around with the old rosters upressed I highly recommend MK New Era

Mortal Kombat New Era (2021) Beta Release https://www.mediafire.com/file/ab2rqa6lo490scv/NEW+ERA+21+Beta.rar/file ALL THE CREDITS TO THE AUTHORS AND EDITORS OF CHARS, STAGES ETC. And thanks for this amazing site https://www.andersonkenya1.net/

Also has lots or characters from other games that had digitized actors like the old wrestling games, etc.

nice is that mugen-based? there's this guy on youtube who's always streaming beta of fan made MK mods and entire games, some are mugen some not. his name is MKA i believe
Last edited: Nov 30, 2021
You must log in or register to reply here.

IbizaPocholo replied
May 4, 2022
Multiversus is a Warner Bros. riff on Smash Bros., and it may go free-to-play
Opinion Rumor 2