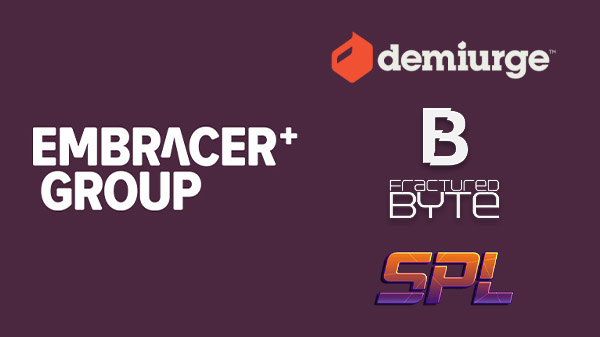 Demiurge Studios
Embracer Group AB, through its wholly owned subsidiary Saber Interactive Inc., has entered into an agreement to acquire 100 percent of the shares in Demiurge Studios, Inc. from its current owners. Demiurge is an independent games development studio based in Cambridge, Massachusetts, US. Through the transaction, Saber onboards an experienced team of developers and strengthens its footprint in the United States.

Through the acquisition, Saber onboards a talented team that will strengthen Embracer’s work-for-hire capabilities with significant experience of AAA game development. Demiurge further builds on Saber’s footprint in the US and enables direct access to Boston, a city with tremendous talent and a major hub of game development on the East Coast.
Click to expand...

Fractured Byte
Embracer Group AB, through its wholly owned subsidiary Saber Interactive Inc., has entered into an agreement to acquire 100 percent of the shares in OU Fractured Byte. Fractured Byte is a well-regarded game studio, with headquarters in Estonia and a team of approx. 50 developers based across Ukraine, primarily working with independent game development and porting projects. Through the acquisition, Saber onboards a creative and cost-effective studio with a founder-led team, that will continue to collaborate with Saber on development projects.

Through the acquisition, Saber onboards an experienced team that adds to Embracer’s work-for-hire capabilities and continues to build on the longstanding relationship with the studio. Going forward, Fractured Byte will continue to operate as a subsidiary to Saber and work closely with the Saber team on internal and external game development projects.
Click to expand...

Smartphone Labs
Embracer Group AB, through its wholly owned subsidiary Saber Interactive Inc., has entered into an agreement to acquire 100 percent of the shares in Russian-based SmartPhone Labs, an independent software testing and games development company for mobile, PC, consoles and VR, from its founders.

Within Embracer, SPL will operate as a subsidiary under Saber Interactive, with continued focus on software testing and games development. With the acquisition of SPL, that was owned by the founders and current management, Saber will onboard an experienced team and will further strengthen Saber’s position in Russia and Eastern Europe.
Click to expand...

Embracer Group has acquired Demiurge Studios, Fractured Byte, and SmartPhone Labs through its Saber Interactive subsidiary, the company announced. Here is an overview of each acquisition…

It's crazy how many studios they have. Are they showing results?

Again? Someone tell Tencent they have had their playbook stolen.

They will launch their own game console "EmbraceMe".

Anyone else picture The Embracer Group as that thing from Inside?
You must log in or register to reply here.

Wildebeest replied
May 5, 2022
Embracer Group acquires Lord of The Rings and Hobbit IP