Eat bugs not meat, to save the planet Scientists in the Netherlands have discovered that insects produce significantly less greenhouse gas per kilogram of meat than cattle or pigs. Their study, published in the online journal PLoS One, suggests that a move towards insect farming could result in a more sustainable - and affordable - form of meat production.


The rearing of cattle and pigs for meat production results in an estimated 18 percent of global greenhouse gas emissions. With worldwide consumption of beef and pork expected to double by 2020, alternatives are being investigated. Of these, perhaps the most notable has been the development of "in-vitro meat" which is lab-grown tissue not requiring the production of a whole organism. Initiated by NASA as a form of astronaut food, in-vitro meat production took its first steps in 2000 when scientists used goldfish cells to grow edible protein resembling fish fillets. Since then, turkey and pig cells have been used to create spam-like substances, and Time Magazine has included in-vitro meat in its list of the top 50 breakthrough ideas of 2009.

In addition to the environmental impact of current meat production techniques, scientists believe that the inevitable increase in price as population-driven demand grows will ultimately result in traditional meat products becoming unavailable to many people around the world.


Researchers at Wageningen University in the Netherlands looked at mealworms, house crickets, migratory locusts, sun beetles, and Dubia cockroaches, and for the first time quantified the amounts of methane (CH4) and nitrous oxide (N2O) released per kilogram of insect meat. They found that the amounts of gases released by insects to be much smaller than those released by cattle and pigs. For instance, mealworms produce between ten and a hundred times less greenhouse gas emissions per kilogram than do pigs. Ammonia levels also declined significantly.

The scientists attributed the decrease in emissions to the insects' more efficient use of food. Because they aren't warm-blooded, what insects eat is aimed directly at body growth rather than maintaining a stable body temperature.

While the results are promising, the researchers caution that more study needs to be done in order to determine the impact of insect-farming on the entire production chain.
Click to expand...

Combovers don't work when there is no hair

Hell no, I'm not eating insects. Fuck the planet.
C

The weirdest thing about this dude is that he chokes down the grossest shit, but will throw up walnuts.
T

I can see pureed forms of this as an aid to the developing nations in the near future.
Y

If it tastes good, then bring it on.
S

Bolded part seems like it might veer towards some fish and reptiles. Which seems a tastier compromise.

If only bugs tasted like chicken and pork.
J

We have chemicals to fake that!
K

Eating bugs to save the planet? End of the world, here I am!
P

I'd do it, I need a bug store like this guys to be near me though: http://www.youtube.com/watch?v=3f7I_HAm4d8
C

Plywood said:
I'd do it, I need a bug store like this guys to be near me though: http://www.youtube.com/watch?v=3f7I_HAm4d8
Click to expand...

i've eaten insects before not that bad tbh. In Montreal Insectarium, the week I went, they had chilli worms and deep fried locusts. It was surprisingly good.

a move towards insect farming could result in a more sustainable - and affordable - and 1/1000th as delicious - form of meat production.
Click to expand...

spiderman123 said:
i've eaten insects before not that bad tbh. In Montreal Insectarium, the week I went, they had chilli worms and deep fried locusts. It was surprisingly good.
Click to expand...

You crazy Canadians.
U

No cockroaches, Mosquitos, crickets, Beatles, and other black insects.

I wouldn't mind trying Grasshoppers and tarantulas. Andrew from Bizarre foods said it taste like a cross between crab and lobster.
R

Yes, just process them into cookies or cereal so I wont be able to tell the difference. Preferably grasshoppers and butterflies
A

but believes in Chael

We need to raise our future generations on insects and leave the meat for us. If we start from birth they won't know any different.
Y

This is already how I gain my insect powers.
R

The only insect I've ever eaten was some Inago a friend bought me in Japan as a joke. They were stir-fried in sugar and soy sauce and were not bad, but... it wasn't something you could make a meal out of.

Aside of the obvious "ick" factor, I'm not sure how practical they are as an actual food source: they aren't calorically dense, they don't fill you up, and they aren't really nutritious.

And while they do devote everything they eat into growing their bodies, their bodies are almost entirely made of chitin. Is chitin even digestible?

Maybe instead they can breed sawagani, Japanese candy crabs.

They're basically like tiny delicious spiders - you eat them whole, because their shell is so thin it's practically like an M&M shell.
Z

I tried fried spider and dragonfly when I traveled to Cambodia. It was really tasty.
T

I've never had any, but I doesn't really make sense that we're grossed out by insects but will gladly eat shrimp or lobster considering how closely they're related.
L

This article skirts around the real issue.

A high protein meal that also reduces the global population. It's a win win.

Are there insects that taste similar to shrimp? I'm all for eating those
E

If they taste the same as normal meat maybe----but only in sussage form. Or make chips out of them- MEAT CIPS.
D

yea you mothafuckas get on these delicious bugs.

that way you can reduce the footprint while I continue enjoying my delicious meats.
D

No longer boycotting the Wolfenstein franchise

Can they make it taste good and put it in patty/steak form? Then fine, I'd eat it, but I sure as hell am not going to be eating anything that still looks like an insect.
A

As long as Cockroaches stay off the menu.

Just grind them up and put them in food that uses mechanically separated meat. No one will ever know.
M 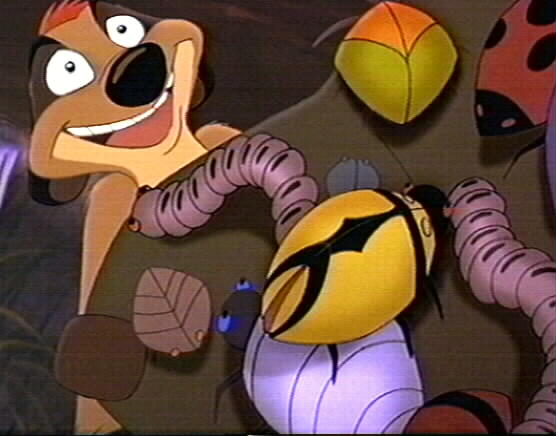 None of you ever have chapulines in Mexico or in a Mexican restaurant? Pretty good stuff.
U

The article didn't mention lamb and I fucking love lamb.

The rear third of it looks the best - full of bug shit. Mmmmm.
U

That would probably taste woody wouldn't it?
L

its disappointing that this wasn't the first or second post.
A

not characteristic of ants at all

What a modest proposal