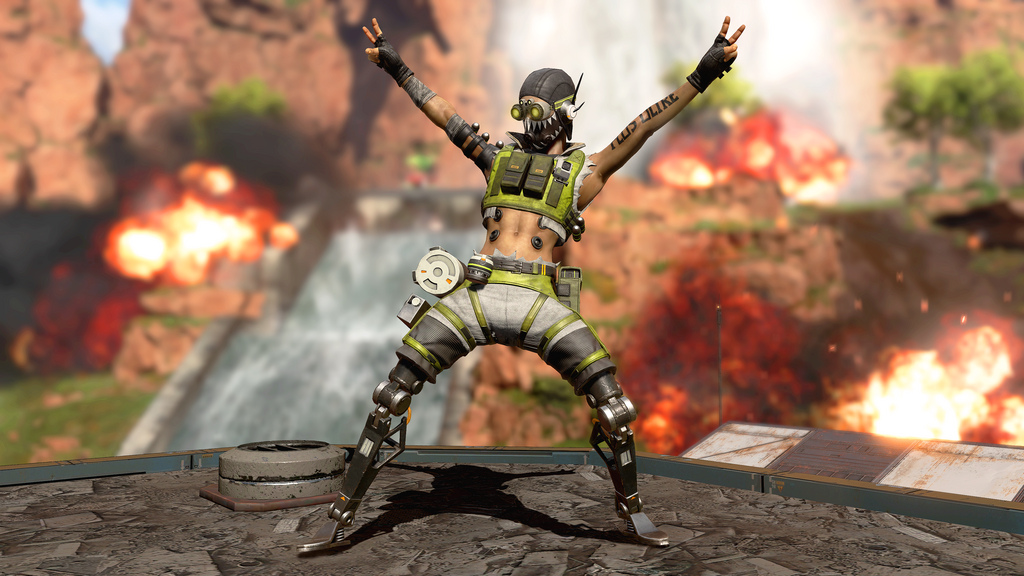 Apex Legends has delivered over $2 billion in net bookings since its February 2019 release, according to publisher Electronic Arts.

Around half of Apex Legends lifetime net bookings were achieved during EA’s last fiscal year (FY22).

One year ago today, former EA CFO Blake Jorgensen reported that Apex Legends had delivered over $600 million during FY21, helping it surpass $1 billion in life-to-date net bookings halfway through the fourth quarter.

On Tuesday, Suh called Apex Legends’ just-ended Season 12 the game’s “most successful ever”.

Storm Point’s new point of interest is based in and around the carcass of a giant sea monster, while a new PVE minigame involves battling waves of Titanfall Spectres on IMC armouries.

EA and Respawn today announced an Apex Legends Mobile release date of May 17 for iOS and Android devices.

That’s incredible for a free to play game

Fifa must be shit, losing EA, who are printing this amount of money.
M

I've never understood why Battlefield went more in the direction of the hero shooter for EA, when they had Apex to fill that part of their portfolio. They risked butchering the BF franchise to fill a slot they already had covered. They seem to take a great effort in canablising a couple of their own franchise for the extra bucks!
Last edited: May 11, 2022

You got skins that cost $200+ dollars

and yet the new update introduced massive frame-stutters and weird visual glitches on PS5! YAY!

so that money definitely doesn't go towards quality control

Now just spend a little of that money and fix the fucking audio. With that out of the way, good for them I guess. Crazy what we spend our money on in gaming these days. Wild times, lol

WhY aRe ThErE sO mAnY BR gAmEs CoMiNg OuT?!

Respawn is EA's crown jewel. I have high hopes for Fallen Order 2.

Brilliant game. Love it. In 4 years I've probably spent perhaps $150-200 on the game. It's mine and friends go to game and has been for years. Literally ate Halo's lunch IMO.

If they spin off or create an Apex mode that is PvE I'm all in on that shit too.

Give me Fallen Order 2, Titanfall 3, more Apex and again I would kill for a Respawn PvE game. The studio builds out so well from their pipeline to management choices to game mechanics to leaving things on the editing room floor etc. For example not having rockets or many OHK snipers etc. It gives rise to gameplay that is interesting, rolling on their maps designs and can be overturned solo or squad based while balancing fight or flight instincts. The characters and abilities are welcome in Arena modes just as much as BR modes. So well sustained for an emergent sandbox gameplay simulation. Sure I have my gripes here and there but for the most part things are moved along quickly and balanced out well.

The events, skins and player/squad control for servers/regions is super appreciated. Having tweaks to ranked are also welcomed and implemented pretty solidly. Honestly cannot heap enough praise on a fun competitive game that isn't dominated by its esports or casual fanbase(s). Respawn walk that line of fun vs hardcore competitive bloody well. The F2P is executed to not be annoying if you just want to play the game but also creates a sense of ownership if you dive into buying a few things too.

Also shout out to the best Australian character and voice work in any game. Fusey is fucking aces and stop crappin' in ya daks mates.
Last edited: May 12, 2022
You must log in or register to reply here.

Fuz replied
May 12, 2022
EA has an undisclosed ‘major IP’ and a remake planned for release in early 2023 - ‘Taking the long view’ with Battlefield 2042
Opinion Business Game Dev