E3 PUSHES FORWARD WITH PLANS FOR A DIGITAL 2021 EVENT

E3 organiser The Entertainment Software Association (ESA) is pushing forward with plans for a digital event this summer, but it still requires the backing of major games companies.
Click to expand...

According to E3 2021 pitch documents sent to games publishers and seen by VGC, the ESA has now outlined its proposals for this year’s event, which would see three days of live-streamed coverage held during the previously announced dates of June 15-17.

The ESA’s intention is to hold multiple two-hour keynote sessions from games partners, an awards show, a June 14 preview night and other smaller streams from game publishers, influencers and media partners.
Click to expand...

The ESA also says it will allow partner companies to remotely stream playable game demos to the media across “thousands” of scheduled meetings, with one-to-one assistance from developers
Click to expand...

It’s unclear how many publishers have signed up for E3 2021’s digital event, though at least one major games company VGC spoke to indicated that it would continue to run its own separate digital showcase, rather than paying the six-figure sums required to join E3 2021’s schedule.
Click to expand...

E3 pushes forward with plans for a digital 2021 event | VGC

Game demos and keynotes are part of ESA's proposal, but it still needs backing of publishers…
www.videogameschronicle.com
Reactions: Barakov, Griffon, levyjl1988 and 5 others

PLEAASE! I dont want another summer of Geoff Keighly hyping up the announcement of some indie game once a month again.

e3 is my favorite time of year, it has been for the past 17 years, more so than any holiday. Losing it last year absolutely sucked.
Last edited: Feb 8, 2021
Reactions: Ryu Kaiba, wondermega, Jboemios and 20 others

Good. I can't take another year without E3. Its an institution and normalcy will never return for me without it. Its not like I've ever been able to make it in person anyway.
Reactions: KyoZz, BootsLoader, Kuranghi and 4 others
W

Sadly E3 is dead. I love E3 and I love the press conferences but it just won't make financial sense anymore.

Yeeeah can't wait for some CGI trailers and logo reveals.
Reactions: FloatingIslands, Halo is Dead, Allnamestakenlol and 6 others

Why would any major publisher/platform/constructor ever want to participate in that when they can set up their own events on their own terms (date, duration, games, etc.)?
Last edited: Feb 8, 2021
Reactions: Griffon, RNG, IbizaPocholo and 3 others

fr thats cool. attendance will be limited, and theyll still have all the masks and social distancing and all that. so it wont look or feel normal at all, but its a start.

E3 digital event can be better than all the last year events with minimum effort to show something new, the publishers knowing that everyone will be at E3 will show their best cards or at least the best they can show

fr thats cool. attendance will be limited, and theyll still have all the masks and social distancing and all that. so it wont look or feel normal at all, but its a start.
Click to expand...

It's "digital", as in online only.
Reactions: Kev Kev

Just don't spread this shit all over the year with Keighley. I want a week of streams and hype.
Reactions: Griffon, Perrott, Dr. Samuel Hayden and 1 other person

Better than nothing, but yeah it seems dead Jim

I'm only in for the live threads here on gaf.

Some good comedy gold and entertainment that makes those cringefests fun.

No Silent Hill or Splinter Cell, no care
Reactions: darkangel-212559

whyman said:
Sadly E3 is dead. I love E3 and I love the press conferences but it just won't make financial sense anymore.
Click to expand...

Remember when Sony pulled out of it and it was the worst decision ever to some. They practically shot themselves in the foot. Then MS had the stage all to themselves, literally handed a gift, and they still squandered it?

I will bet you anything SONY is just gonna do their own thing again.
E

ESA is obviously not giving up but it's dead.

No one is going to pay this much to be part of a series of digital events held by the ESA when they can just upload their videos on Youtube or other socials with the same results:

It’s unclear how many publishers have signed up for E3 2021’s digital event, though at least one major games company VGC spoke to indicated that it would continue to run its own separate digital showcase, rather than paying the six-figure sums required to join E3 2021’s schedule.
Click to expand...

TwistedSyn said:
I will bet you anything SONY is just gonna do their own thing again.
Click to expand...

It probably won't be the same with Sony and others probably not bothering with it, but any semblance of an E3 would be cool with me. The year really isn't the same without it.

I was quite let down by the individual showcases last year.

TwistedSyn said:
I will bet you anything SONY is just gonna do their own thing again.
Click to expand...

, their press conferences at e3 were legendary
Reactions: Kuranghi

Anything has to be better than last years "Summer of Games."

I mean it can't get any worse than that, right fellas?

If they don't do something soon they will become so irrelevant they will never come back. I also think it is good for the industry to have a time and place to make big announcements when the rest of the world is watching.

DeepEnigma said:
Remember when Sony pulled out of it and it was the worst decision ever to some. They practically shot themselves in the foot. Then MS had the stage all to themselves, literally handed a gift, and they still squandered it?

Reactions: Halo is Dead, levyjl1988, Vasto and 1 other person

Will Crowbcat make a recap video though?
Otherwise not worth it.
Reactions: Dr. Samuel Hayden and waquzy

Nice, was missing E3 and the Summer of Games was not a good format at all. It's sad it has to be digital, but E3 continuing is how it should be.

I want the all the goods delivered during these 3 days. Not uninteresting shit spread during months.
Reactions: Dr. Samuel Hayden

Don't get hyped. Digital Events just simply suck. This is what the last past year has shown us.
Reactions: Airbus Jr
N

I've watched e3 for 25 years, most of the new reporters - originally - said it should in fact be a consumer event as they
agreed it was just that spectacular. Modern Journalism - before E3 temporarily move to all digital - began
saying "yuck what a terrible thing to become a consumer event" but here I am, a guy that has not enjoyed a single
article from any of these so called new gaming journalist's wondering why my e3, which was much like Christmas
in the middle of the year for me - is under siege.

Why is E3 under siege by Modern Journalism when in the decades past the consensus was "Wish you could have been there"?

Probably because it is in actuality a spectacular event for gamers that journalism now believes isn't worth standing
in long lines for - just to get a shot at the latest game.

Gaming and specifically E3 - is under siege by modern journalists - anyone who insinuates e3 is not worth standing around waiting in line for,
and I believe most gamers would agree - just look at the people camped out during console launches or big game releases -
are not actual Gamers.

I say to you, put to siege gaming journalism. These same journalist's that tout reviews and previews and who serve
up the same rehashed preview article for each new game year in and year out. A new preview? Same line item preview content
standard across allllll previews how inventive.

Modern Journalism - Where have you been when it comes to making your journalism interesting? I used to enjoy gaming websites due to
the veracity in which they served up new paradigms of what could be in gaming to my imagination, now gaming journalism is largely and unapologetically
stale and without imagination.

It has largely become an entity intended to siege an event that sparks the imagination like E3 while dulling out the best content for partners that pay extravagantly.

None of the Journalists at IGN, Gamespot, DualShockerz, Kotaku, GameInformer or any of the other
news outlet's do anything to further spark the gamer's imagination, in the journalism in years past
this was an entirely different story.

You could read an article on a game you were not interested in, and be completely entertained reading that article. Even if the game was garbage.

Instances of good journalism like I mentioned above, was standard. But not anymore, not hardly.

So it does not surprise me that journalism now would siege E3 - an event meant to spark the imagination
of gamers everywhere.
Last edited: Feb 8, 2021

But it will be better than Summer Game Fest. Worst fucking show.
Reactions: Griffon and Dr. Samuel Hayden

We need an event to look forward to but it all depends on the lineup they can gather. Without the big players it's doomed to fail.

Whatever they do, if it's a centered and focused event it can't really be worse that the diluted shit that was that "Summer of Garbage" they pulled off last years.
Reactions: Dr. Samuel Hayden
J

Lol, they want to charge 6 figures for a digital event?

E3 was cool when the announcements happened at e3, not a month before with multiple teaser trailer. Easy pass.

I don't care about what groups organize what events this summer, just condense all that stuff in a couple of weeks.
Last year it went from May to September...

e3 will be great if left to a digital event. it makes zero sense to do in person conferences. but, i would like to see other events return like PAX and Blizzcon and such

I expected the ESA to try and get back in the game, but I feel like they have little to offer as a digital-only platform. In this day and age, I think E3's main strength was spectacle- keynote addresses with back to back announcements. Having all major manufacturers participate allowed them to build hype collectively. Now, I see the game awards taking that spot as a digital platform. Hell even Geoff sees it- a ton of the "awards" at the last show were just kind of spit out without any fanfare. The focus was on trailers, new game announcements, and a few shadow drops here and there.

Keighley did a shit job.

Give me 3 days of megatons again.
Reactions: ranmafan, SantaC, Perrott and 2 others

Scared of guns. Even though they are smaller weapons than me.

We'll see who ends up on board. Their proposal/docs for E3 2020 was pretty bad. 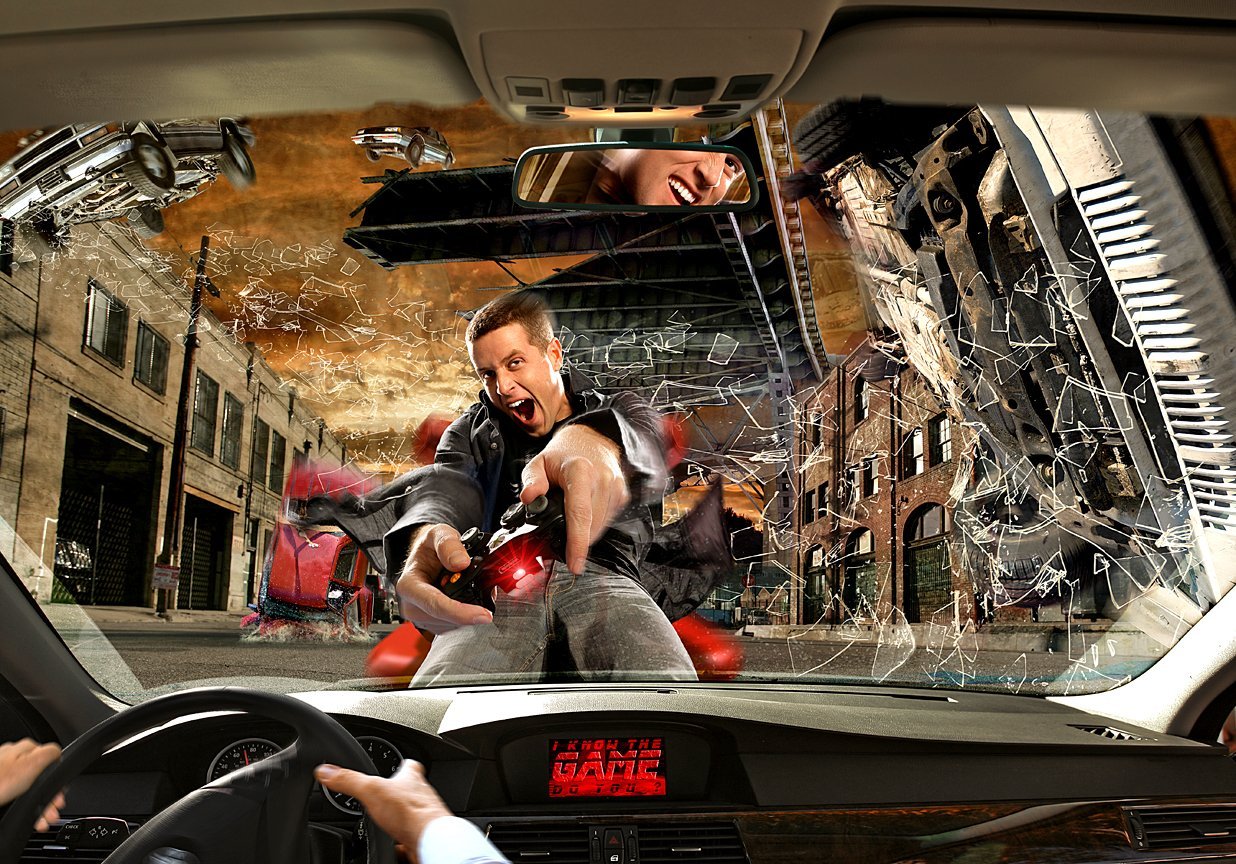 Can't wait for the cringe.

Game development is taking a hit due to covid 19

Posible Breath of The Wild 2 gameplay and release date

Last year E3 was crap despite the big chance of the next gen consoles. This year with no new console will be even worse.
Reactions: Pantz

I wouldn't get my hopes up. A six-figure E3 fee also doesn't seem enticing when companies can host their own online.
Last edited: Feb 8, 2021
Reactions: Javthusiast
You must log in or register to reply here.