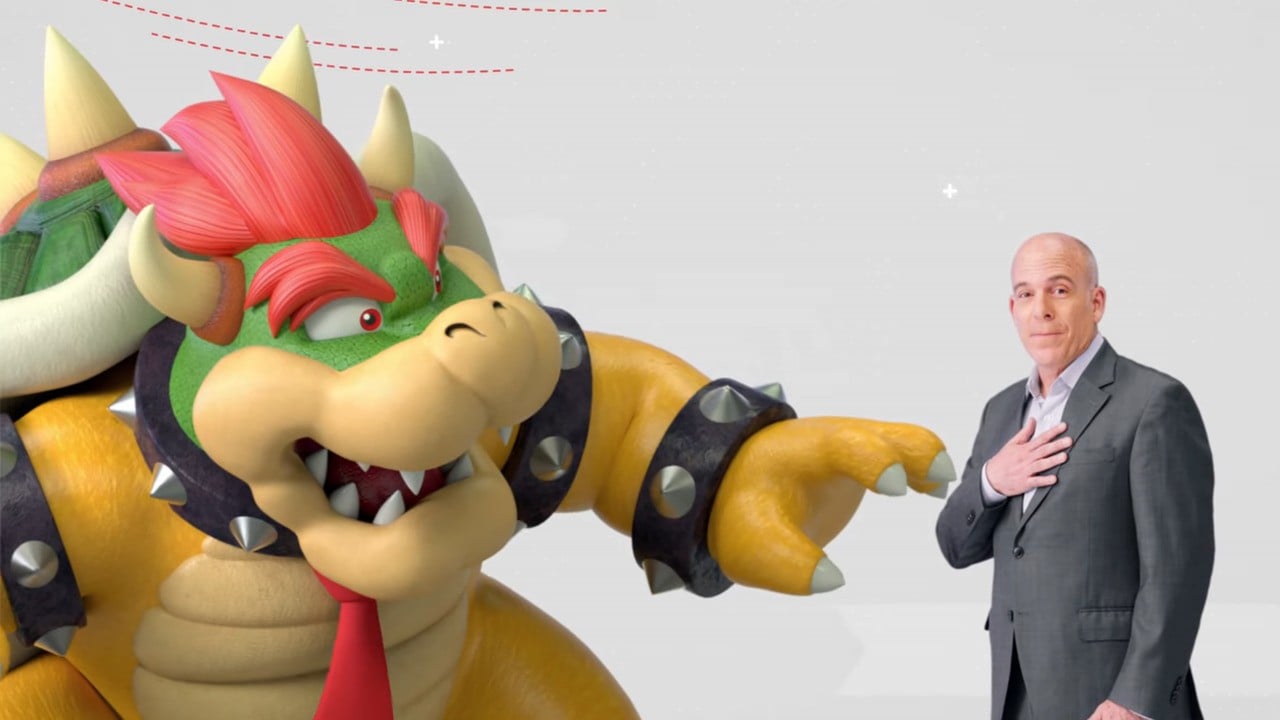 He's the president of Nintendo of America, so it stands to reason that people will be very interested to know which video game Doug Bowser loves the most.

He's been speaking to the University of Utah's magazine, and – as well as reflecting on his time at the university, he's been listing some of his favourite things – including video games.

You might assume that Bowser's all-time best game is a Nintendo property – especially as he mentions that he used to play too much Donkey Kong at the student union and got comments such as "Where will video games ever get you?" – but that's not the case:

My favourite game of all time is Myst—a deep, immersive, problem-solving game with very little dialogue. The graphics just amazed me. I finished the first three editions. My favourite game now is Super Mario Odyssey for Nintendo Switch. I’m very close to completing it and collecting all the Moons.
Click to expand...

Oh, and in case you were wondering, Bowser's favourite film is The Sound of Music and his favourite book is The Power of Full Engagement by Jim Loehr and Tony Schwartz.
Reactions: Dane

He has good taste. It is surprising he would say Myst.
Reactions: Naibel

What, is his favorite game #4 on a BuzzFeed list?
Last edited: Nov 27, 2019
Reactions: IncognitoPanda

Myst was a fantastic fucking game


it's me mum's fav game too!
Reactions: ROMhack

My favourite game now is Super Mario Odyssey for Nintendo Switch. I’m very close to completing it and collecting all the Moons.
Click to expand...

So, Bowser didn't beat Bowser yet?

Hmm, interesting taste in games. It's good that he's "been with the hobby" for decades, even if it was initially as a fan. The industry needs people at the top who have a personal connection to gaming. No suits.

Never played through Myst but I will one day. I had it on Sega Saturn back in the day when I was super young and could never make any progress.

And so does the sound of music

If he is very close to collecting all moons he has beaten Bowser.

And so does the sound of music
Click to expand...

Imagine not sucking ass in current year. It's like you don't even want a woman to feel pleasure.
Reactions: Werewolf Jones, ROMhack and CyberPanda

At some point I thought he would say Death Stranding.

In all seriousness Myth is a good game.

Clickbait title from Nintendolife. I can't say I am surprised, since I know nothing about Bowser. Myst was one of those games that was released on the Mac first, and was hailed as one of the best original games released for that platform. Then it was ported to MS-DOS and other platforms, a year later. maybe Bowser was a Mac user back in the day?

I never got into Myst myself, but it was always one of the all time great PC point and click adventure games.

Interesting. I wouldn't have guessed it. But I can understand why. Myst was a highly influential game in its time. And it sold like crazy (wasn't it the best selling video game ever for a while?) ...And it was also one of the (big) reasons for the demise of "classic" Point-And-Click adventure games.

But I definitely see him as a Doom fan

I also love how this game is still a mystery to me. I haven't spoiled myself of it by watching playthrough videos online. Maybe one day I'll conquer this beast on my own. So far every single try has been ended up in a major failure.

Thanks to those who posted the title of the game in this thread, so I didn't have to click the bait.
Last edited: Nov 28, 2019
I

Wish I could downvote the thread for title alone
You must log in or register to reply here.