Does Sony have an advantage seeing competitors E3 prior to their own event?

peter42O said:
The source posted the article June 26th 2013. Sony informed retailers months earlier and not a single person leaked it??? HAHAHAHA. Yeah, right. Shit gets leaked all the time. Sony doesn't need to hide the price if they're telling you they removed the camera because you would already know the price is going to be at least $100 lower. I mean come on.

No agendas here man. I own both PS5 and XSX. The only agenda I have is not being loyal to any company regardless of who it is.
Click to expand...

Name the last time a new console price was leaked

You are talking about one of the most guarded secrets around that only a handful of people are made aware of
Reactions: laynelane, Bo_Hazem and Captain Toad

What Sun Tzu said? “Know your enemy and something something win every video conference”
I can’t remember
Reactions: Bo_Hazem, Yoboman and DeepEnigma

sainraja said:
The article actually states months before. He didn't read it.
Click to expand...

Dude, no one reads more than the title and headline.

Sony Sacrificed the PlayStation 4 Camera to Beat Microsoft on Price​

How the camera was cut last minute and left with an uncertain future.​

LAST MINUTE. They literally saw Xbox's conference and 60 seconds before their own, they informed all retailers, investors and all other necessary participants and made a billion dollar decision.

Zok310 said:
What Sun Tzu said? “Know your enemy and something something win every video conference”
I can’t remember
Click to expand...

peter42O said:
I see a company in Microsoft who fucked up and a company in Sony who changed some shit that fucking day and took advantage of Microsoft's fuck up because if you're Sony, why wouldn't you?
Click to expand...

How old are you? I find it hilarious that you believe such a thing is even a possibility.

Do you have any concept of how many different parties would need to sign off on this? How many sales forecast meetings would need to take place and much analysis would have to be done. They'd need plenty of time to discuss this with investors, retailers, etc.

But, you honestly believe they changed all of this between Xbox's conference and their own a few hours later?

And even if such a thing WAS possible what would their motivation be? Like I said, according to you they wanted to sell their console and camera for $500. Why would Sony change simply because their competition was doing the same thing?
Last edited: Jun 24, 2021
Reactions: Zeroing and Bo_Hazem

Not advantage at all, all media eyes will be at the Sony event! While E3 was underwhelmed show for all those there, the attention was divided.
Sony will have all the focus now, for better or worse.
Reactions: Bo_Hazem

Captain Toad said:
Dude, no one reads more than the title and headline.

Sony Sacrificed the PlayStation 4 Camera to Beat Microsoft on Price​

How the camera was cut last minute and left with an uncertain future.​

LAST MINUTE. They literally saw Xbox's conference and 60 seconds before their own, they informed all retailers, investors and all other necessary participants and made a billion dollar decision.

But they didn't. It was months before.

I picked up on the sarcasm before too. I wanted to be very obvious BUT it was for nothing given he is still going with it.
Last edited: Jun 25, 2021

sainraja said:
But they didn't. It was months before.

I picked up on the sarcasm before too. I wanted to be very obvious BUT it was for nothing given he is still going with it.
Click to expand...

Changing it 60 seconds and the couple hours between the two conferences would be equally believable stories.
Last edited: Jun 25, 2021

keep your friends close and your enemies CLOSER 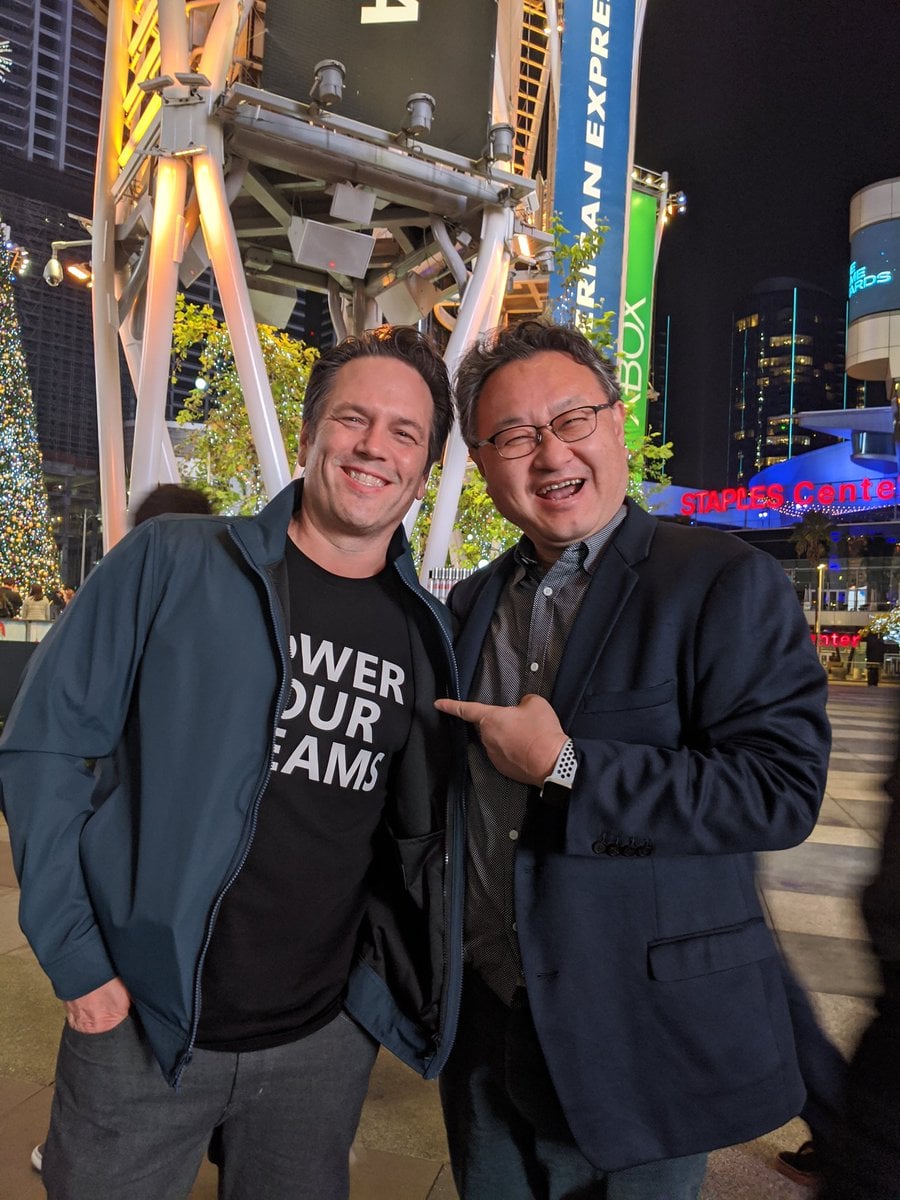 Dr Kaneda said:
I remember Cory Balrog said they took like over half a year to prepare that GOW demo at E3 2016. So it's not as simple as seeing what MS did 2-3 weeks ago and then 1-UPing them, these things takes months and months of planning and preparation.
Click to expand...

True. You could determine what games you show and how early.

What is Sony going to announce? They already confirmed Horizon is their big holiday title. They could tease GoW as their 2022 big game.

I kind of think they are at a disadvantage because all of the others went in the same week so those with access to those platforms already know some big games coming in the next 18 months. ( assuming minimal delays) They need some big surprises to make up for not showing us their games when the rest of the big guns did.

mansoor1980 said:
keep your friends close and your enemies CLOSER

SNG32 said:
Do you think Sony is Cheating having their conference after Microsoft's E3? I mean they've had plenty of time to study it and understand where they went wrong. I expect Sony's conference to be much better than Microsofts E3's since they had alot of time to prepare for it to be better. If Sony blows the doors off this presentation I expect Microsoft to drop E3 and do their own thing as well.
Click to expand...

Sony has an advantage regardless of the timing. Full stop.
M

Until you said "cheating" i thought you had a question worth dissenting against... Sigh

I think you've got to come to grips with the concept that a) your team isn't the only good guy in town, their way is not the one pure way*, and b) they're actually firmly in third place in the console market.

* Tbh sony might charge more and have a cold online store but i think Xbox misleading everyone with BS about tflops and empty bragging about games and performance gaps (all of which exercised their base to really unpleasant levels of contempt for the ps5 information we were getting, none of which have as yet been evidenced in the XSX) made them the dishonest party last year.
Last edited: Jun 25, 2021

They have what they have. It's not like they could just tell their studios to cook up content presentations on a whim.
So, no.
Reactions: lh032

but how? game development takes several years, Sony cant scramble a plan (if they mess up) in a short time. This is not a new console announcement where you tweak the price.
Reactions: Tschumi

teezzy said:
I'm not saying they don't. I enjoy Playstation, and have owned all their hardware aside from Vita and PS5. I just get irritated by the cult-like fanbase and all their proprietary nonsense.

The very idea that Sony isn't concerned and taking notes on what Microsoft has been doing in regards to GamePass or what Nintendo is doing with Switch is silly. They're in competition for a reason.
Click to expand...

Should get a vita, it can graphically boost and give 2 stick support for all the psp games and has some stone cold classics to boot... In my mind it's a decent sony version of hacking a wii or wii u, especially if you get a PlayStation tv version of a vita, which is a vita that plays on your tv and can be jailbroken just the same.. You don't need any proprietary memory cards if you get a vita 2000, it's got enough inbuilt memory for jailbreak to work.

*Inhaaaaaaaaale*
You must log in or register to reply here.

Nearly all E3 conferences have been announced. Where is Sony?