Do you want Fromsoft to stick to open world or go back to interconnected-linear?

I really liked Elden Ring and its def going to end up as one of my favorite games but I can’t say i prefer the open world aspect versus the traditional well built interconnected maps. I feel like Dark Souls 1 had the best map, it allowed you to in a bunch of different directions so it felt open but it didn’t have that feeling of “filler” that Elden Ring has.

My favorite parts of Elden Ring were the legacy dungeons, Raya Lucaria Academy, Leyndell, Stormveil castle, Hagiltree, etc. The catacombs, caves, tombs, and a lot of the open world didn’t really do a lot to add to the game imo

Once you see a lot of the big surprises in limgrave (big dragon dropping on you, wolves ambushing you, giants shooting at you) and first going to Caelid, theres not really a lot of surprises left. You end up fighting a lot of dragons and giants in this game.

I feel like with the success of Elden Ring they are gonna go balls deep in sequels like dark souls, which makes sense. It would be dumb for them to drop this now but its gonna be sad to see From turn into another open world studio. It would be ideal if they could split into two teams but theres only one Miyazaki so thats not likely.

Loved the open world approach, Was a joy to keep finding new areas to explore.

Both approaches have pros and cons so i'm okay with whatever they decide for their next game.
Last edited: Mar 24, 2022

I prefer their previous interconnected worlds over Elden Ring's open world. Both are great. It kind of reminds me of Batman Arkham Asylum versus Arkham City.

The interconnected pathways kinda felt like a unique take on metroidvanias, which is still my general preference.

But elden ring makes open world work beautifully, so both. Depending.

I want them to make a new armored core game!

Interconnected doesn’t need to be linear.

Bloodborne did the best imo.

I'm conflicted on it. Gonna have to go with both. I don't know how much effort it took to create Elden Ring but I would imagine it was a lot more than the previous titles. I wouldn't expect it more than once every 6-8 years.

Elden Ring was a great game, but it was kinda tiresome after a while. I feel like they should do a couple more Dark Souls games before doing Elden Ring 2.
L

I would be ok with a happy medium between the two. As good as Elden Ring is, it’s almost too big, and the repeated assets start to stick out after awhile.

Personally, I'd like a hybrid of both put together.

Next one should definitely be more like the older titles,not that Elden Ring was bad,its just I don't want the team to get burned out.

There's no going back from open world. These kinds of games do way better on the market financially.

Gimme a victorian massive open world for a Bloodborne sequel. I would really appreciate it.

Absolutely would love another game on the scope of Elden Ring.

I want fromsoft to make a different game

They're developing Armored Core which seems like a good match with large open spaces... I still hope they make another tighter, smaller more linear banger new IP before Elden Ring 2.

Absolutely would love another game on the scope of Elden Ring.
Click to expand...

Yeah, you have what is nearly the entire scope of previous FromSoft games in just the legacy dungeons in Elden Ring. And then you have a crap-ton of semi-legacy dungeons to explore, plus a bunch of smaller catacombs, caves, tombs, outdoor areas, etc.

We'll probably end up getting both, but if I had to choose I'd say open world. Elden Ring has all the things that made the more linear games great, it just also has a vast open world overlay.

Open-world is the worst thing that happened to video-games.

But I think probably Bloodborne style, it's more fun to me.

FirstOrderTrooper said:
I want them to make a new armored core game!
Click to expand...

It already leaked. Supposedly its more souls like also lol

Don't make it a habit. Give me a shorter and tighter experience.

Dodge roll on a 1000 ton mech! That's beyond any weight capacity.

I much prefer the more focused and linear From titles. The level design is far more interesting and you aren't wasting time trying to figure out where the real dungeons and bosses are at.

I'd like to see a compromise. Have the game contain open areas like Elden Ring, but when you enter a castle or dungeon, set it up in the old labyrinth-like structure of Bloodborne with intricate crossing paths to open and navigate.

I probably wouldn't bother with another open world souls. I prefer it like their previous games. I'm finding elden ring to be highly overrated currently as I play it.
M

there isn't the option i don't like souls games i want they try to change genre?

Open world from now on...157 hours in and just got through the mountain area. Put more into elden ring in a month than I did bloodborne in 7 years...keep giving me these dense ass open world games Miyazaki...you made the greatest game ever...don't go back.

They won’t get the same sales if they choose a linear experience with the same difficulty walls you can’t get around by leveling up and exploring.

MonarchJT said:
there isn't the option i don't like souls games i want they try to change genre?
Click to expand...

The option is hitting back on your browser because no one asked.

You do know that Elden Ring offers both OP right?

MonarchJT said:
there isn't the option i don't like souls games i want they try to change genre?
Click to expand...

Both. Have different series go in different directions.

This game builds on everything they have done in the past, the next game should build on this one as well. If ER2 wasn't open world.....WE RIOT!

Imagine Nintendo doing Skyward Sword 2 instead of breath of the wild 2, that's your answer.

They never quite hit the highs of ds1 again in level design. I haven’t played it in year and know the layout of that entire game like the back of my hand.

Either way we are getting more Elden Ring after those sales numbers.

I want BloodBorne 2 and Sekiro 2, even if they have to be PS5 and Xbox exclusives respectively. But I’m guessing Elden Ring 2 is probably going to be seen as the more profitable venture.

As much as I love Elden Ring so far, I'm going to say once again that I prefer Bloodborne's tight design and atomosphere on the one side, and prefer BOTW's traversal and exploration on the other side. Elden Ring is amazing at combining them but can't quite overtake either of them on their own turf.

DevilMayFlyForAWhiteGuy said:
I want BloodBorne 2 and Sekiro 2, even if they have to be PS5 and Xbox exclusives respectively. But I’m guessing Elden Ring 2 is probably going to be seen as the more profitable venture.
Click to expand...

From owns the Sekiro IP, they could get anyone to publish.

Bring back Otogi for Xbox.

Really? Did know they were working on it finally. That would be interesting lol. Gave the souls game a try and still not for me. But still trying to give elden a shot.

FirstOrderTrooper said:
Really? Did know they were working on it finally. That would be interesting lol. Gave the souls game a try and still not for me. But still trying to give elden a shot.
Click to expand... 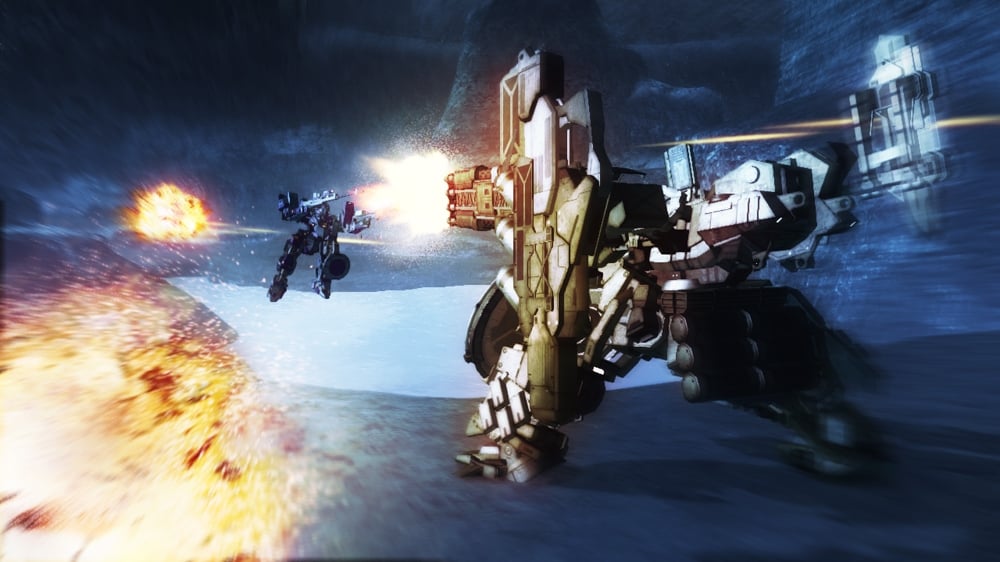 Unannounced game is reportedly the subject of a consumer survey…

I tried to replay Elden Ring. I gave up after 10 hours.

I choose return to linear because even if I love Elden Ring and I think it's his best game, the parts I enjoy most are the linear ones (Stormveil castle, etc...), not the open world areas, that I feel more like empty space I must explore to progress to next big linear area.
You must log in or register to reply here.

Which of your favourite franchise is going Open World next?