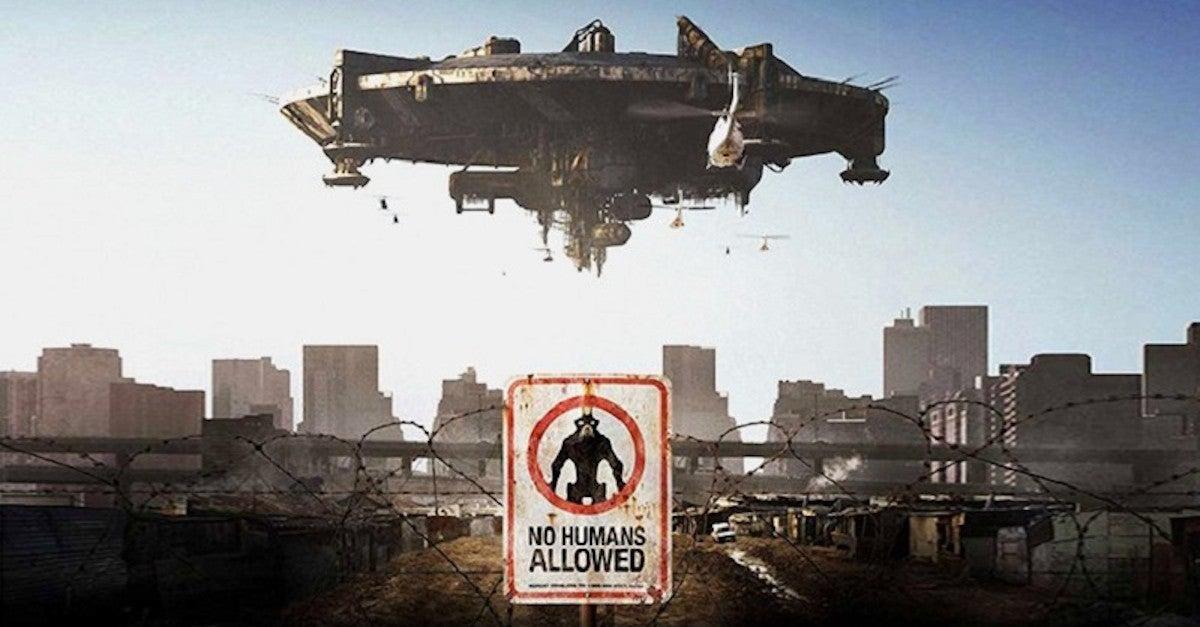 Neill Blomkamp is working on a AAA game now that he’s joined the relatively new developer [...]

Neill Blomkamp is working on a AAA game now that he’s joined the relatively new developer Gunzilla Games as the studio’s Chief Visionary Officer. With that title, he says he’ll take on responsibilities not unlike those of a movie’s director, a position he’s well acquainted with since he directed District 9, Chappie, Elysium, and the upcoming District 10 movie. Blomkamp’s addition adds to Gunzilla’s already diverse members with credits both in and out of gaming.

Blomkamp, however, has never made a game before. He directed the live-action Anthem: Conviction which was set in the universe of the game Anthem, but this role is a new one to him. As such, he told IGN he’ll be working with other senior members of the creative team to make sure the plans for the AAA shooter play out as hoped.

“The difference [from directing a film] is not acting like a single point that guides the creative team,” Blomkamp told IGN. “It's making sure that you're integrated into the team in a real way. I can come in with a very definitive point of view, but it has to work on two levels. It has to be accepted by the greater team as the right creative direction to go in. And it also has to be, first and foremost, something that can integrate into the architecture of gameplay in a way that's beneficial to the game.”

Gunzilla itself was formed last year with its team members boasting credits from different games and franchises. It’s helmed by Crytek investor Alexander Zoll and Gunzilla CEO Vlad Korolev with team members who worked on things like Assassin’s Creed, Need for Speed, and more.

As for the game the studio and now Blomkamp will be working on, not much is known about it at all. We know based on an announcement from May that the game will use the Unreal Engine to prop up its gameplay and that it’ll be a shooter. Richard K. Morgan, the author of the Altered Carbon series and worked on Crysis 2 and more in the past, is also working on the game.
Reactions: ozzrik, Kagero, [Sigma] and 12 others

Could be good, I hope he surrounds himself with great game devs though, he needs them to guide him in whats feasabley achievable but also, maybe more importantly, whats important to make a good game. Which will change depending on the genre/focus of the game.

I really enjoyed Richard K. Morgan's "A Land Fit For Heroes" series, I wasn't quite prepared for the in depth nature of the gay sex scenes (Well, they were between a human guy and a sort of an otherworldly "alien guy", is that still "gay"

) in it, and it was in audiobook form so that made it kind of awkward for my flatmates as I listened to in the kitchen while I did the washing up.
Reactions: TurboSpeed and 22:22

Could work; as a filmmaker I think his stuff's been on a gradual decline since District 9, although even his weaker stuff has been better than a lot of other sci-fi stuff the past decade or so.

I'm looking forward to this tho; his visual aesthetic is insanely good and could work very well in a AAA shooter.
Reactions: mortal, mckmas8808 and Kuranghi

thicc_girls_are_teh_best said:
I'm looking forward to this tho; his visual aesthetic is insanely good and could work very well in a AAA shooter.
Click to expand...

If he only gives input on the visuals, why not. As a storyteller he's about as subtle as David Cage.
Reactions: thicc_girls_are_teh_best and Kuranghi

He was working on a District 9 videogame years ago, it was mentioned in the Sony leaks.
Reactions: thicc_girls_are_teh_best

Bring it on.
C

Does he own the Oats Studio stuff?
Game set in the Zygote universe please.
Reactions: MastaKiiLA and Revolutionary

He made chappie so keep your expectations realistic
Reactions: Kuranghi and SlimySnake
C

Chappie gets a metric ton of hate, I rather enjoyed it. I think it's his weakest film, but still entertaining and has has trademark "sci-fi grit" visual style.
Reactions: thicc_girls_are_teh_best

District 9 is one of my fav movies of all time, not sure why I like it so much tbh lol.
So im very very interested on this.
Last edited: Jul 21, 2021

So I guess this means he's no longer working on Alien 5?
S

He also directed a bunch of cool short movies.

Is that a bad thing? That franchise is dead.

Oh dude, plans for that movie went kaput like 3 years ago. I think Alien Covenant was the final nail in the coffin.

Let him do his Aliens sequel instead

nowhat said:
Is that a bad thing? That franchise is dead.

I'm a fan of Prometheus, but because so many complained about the plot holes, 20th Century thought that turning the sequel into an "alien" film was the solution. Far from it, so don't get me started, other than to say that the character of David and the themes of sexuality and narcissism were still ever-present, especially in that scene: David is essentially blowing himself.


Revolutionary said:
Oh dude, plans for that movie went kaput like 3 years ago. I think Alien Covenant was the final nail in the coffin.
Click to expand...

Don't mean to derail, because this isn't an Aliens topic thread, but I was under the impression that both Covenant and Blokamp's were in production at the same time. Oh well, wasn't really looking forward to a retcon, anyway.
Reactions: 20cent

Dude has a clear vision for this kind of stuff.
I'm all over this.

As much as I've always thought he'd be great for games I am dying to see him do Alien 5 and a Robocop reboot.

Oh and District 10 is actually happening??

I love District 9, but I absolutely hate Chappie. What a terrible movie. Like, I really, really hated it. Elysium was okay.

So I'm not too confident in this guy.
Last edited: Jul 21, 2021
Reactions: Kuranghi and Revolutionary

D9 was easily his best, Elysium was pretty good, and while not a perfect movie I still really enjoyed Chappie.

Either way the dude makes stuff that is missing from movies today, has a great artistic eye, and is keeping the flame of stuff like Robocop alive so that's more than fine by me.

Shit, great work if you can get it!

Yeah imagine that the guy who made District 9 and wanted to make Halo movies would be interested in a shooter.

He's particularly great at world-building so hopefully that permeates in whatever this results in.

Get Aaron Beck onboard for the mechanical design as well, that would be a bonus.

Let's hope he understands that.
N

Hey, this could be promising

Excess said:
Don't mean to derail, because this isn't an Aliens topic thread, but I was under the impression that both Covenant and Blokamp's were in production at the same time. Oh well, wasn't really looking forward to a retcon, anyway.
Click to expand...

From what I remember, Blomkamp's Alien was in pre-production (i.e. concept art and working on the script), but it was put on hold once Covenant's production was fully underway. After Covenant's poor reception, they never went back to it. And now Alien is owned by Disney so it's probably better for the franchise to rest in peace.
Reactions: Excess

Can we get a sequel to District 9 ffs.

G-Bus said:
Can we get a sequel to District 9 ffs.
Click to expand...

He intends to do District 10 after his next movie, Demonic, which is coming out next month.

It better be Single Player only
Reactions: mckmas8808

He said a few months ago that he has begun writing the screenplay.

Revolutionary said:
He intends to do District 10 after his next movie, Demonic, which is coming out next month.

Didn't know this was a thing. Looking forward to it.
Last edited: Jul 21, 2021
Reactions: Revolutionary

I'm interested. Has another film director taken on a creative role as integrated as this? The only one I can think of was Guillermo del Toro but both games he was involved with in a high profile manner were cancelled. Insane and Silent Hills.

I enjoyed all of his movies, some great moments and characters mixed with some b-grade stuff. Perfect to ham it up and get some action going too.

Kind of coming full circle from when he was working on the Halo movie.
Reactions: BPX

RoadHazard said:
I love District 9, but I absolutely hate Chappie. What a terrible movie. Like, I really, really hated it. Elysium was okay.

So I'm not too confident in this guy.
Click to expand...

This guy is a one-hit wonder as far as I'm concerned until he proves me otherwise.

I'm a huge fan of D9, and have been waiting for him to return with something as good, but hes disappointed me at every given opportunity since then.

To say I'm excited for his aesthetics in the game would be a lie, because his aesthetics are literally just Guerilla Games in real life, and well, if he's going gaming, what's new then?

But we'll see. I'm still hoping he turns over and actually becomes the great creative vision he was heralded to be after D9, but I wont hold my breathe if he never does.

nowhat said:
If he only gives input on the visuals, why not. As a storyteller he's about as subtle as David Cage.
Click to expand...

Lol yeah quite true about that part xD
You must log in or register to reply here.