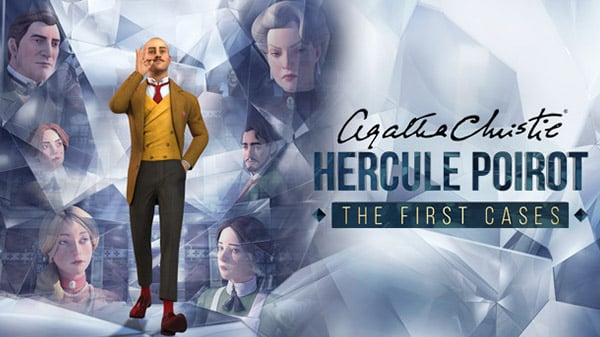 Here is an overview of the game, via Microids:

About
For the very first time, players will discover a new aspect of Hercule Poirot’s life that has never before been explored, as they experience one of his first cases as a young police officer and detective in pre-war Belgium. The development team has created an intriguing original adventure that builds on the familiar world and iconic character created by best-selling crime writer Agatha Christie. Fans of the “Queen of Crime’s” work will easily identify key elements from her stories, from Poirot’s “little grey cells” to the intricate plotting of the game, and in the story’s satisfying, unexpected conclusion.
In his early years as a detective, a young Hercule Poirot is invited to a reception by the influential Van den Bosch family, for the announcement of their daughter’s engagement. But tensions among the guests run high as a snowstorm descends on the town, trapping everyone inside the manor. The happy event is soon marred by the murder of one of the guests! Poirot being in the right place at the right time immediately begins to investigate. What buried secrets and deadly rivalries will he uncover?
Key Features

I played the one that is on the PS4 now (ABC Murders I think it's called) a few months ago and it was a decently good time. Pretty linear but the writing and characters were enjoyable. Worth checking out if you enjoy those Sherlock Holmes games, pretty similar in concept.
R

I'll check it out at a decent price, always liked Christie's novels so it might be fun to play a game based around them
You must log in or register to reply here.