Despite Covid Emergency, Capcom Made Employees Work At Office After Cyber Attack

In early January, with Japan posting some of its highest covid-19 cases, Prime Minister Yoshihide Suga declared a state of emergency for a number of prefectures, including Osaka. As part of this declaration, the government asked corporate employees to work from home or limit the number of staff...
kotaku.com

In early January, with Japan posting some of its highest covid-19 cases, Prime Minister Yoshihide Suga declared a state of emergency for a number of prefectures, including Osaka. As part of this declaration, the government asked corporate employees to work from home or limit the number of staff in the office.

According to Business Journal, even as the state of emergency was declared, Capcom allegedly “forced employees” to go to work.

This whistleblowing report claims to detail the “actual conditions” for game developers at the company. The publication adds that while the complaints are not a clear violation of the country’s Labor Standards Act, they do illustrate questionable practices within the Japanese game industry.

Last November, Capcom suffered a cyber attack with 1TB of employee and customer data stolen. Due to this attack, Business Journal explains, Capcom was reportedly unable to safely say it had secured an external network for employees to work remotely. (There were supposedly even security concerns about using VPNs.) The idea of a remote system was, therefore, completely abandoned, the report continues, and it was decided that there was no choice but to have staff come to the office. An email sent to developers reportedly stated the following: “We are abandoning the remote network for the time being, and it was decided there is no choice but to come to work.” All of this is said to have caused anxiety and uneasiness within the company.

Capcom replied to these claims, stating that the company does take the health and safety of staff seriously. Furthermore, it added that work hours had been staggered and telecommuting was implemented. At the office, masks are required and social distancing is enforced. Employees also have their temperature checked when they enter.

Business Journal indicated there could be larger corporate culture issues at hand. For example, things like flexible work hours are supposedly dependent on one’s position within Capcom. What’s more, Business Journal reports that the Osaka-based game maker does not apparently have a union and won’t even allow one. Capcom replied that it does follow Japanese labor law and that it does listen to its employees, and has created an environment that takes their rights into consideration. The company added that it could not confirm any talk about establishing or joining a union.
D

For example, things like flexible work hours are supposedly dependent on one’s position within Capcom.
Click to expand...

Really? I would have never guessed that depending on the job position, people may or may not have an easier time taking time off

Crazy world we live in

Of course it's Kotaku.

IbizaPocholo said:
Business Journal reports that the Osaka-based game maker does not apparently have a union and won’t even allow one
Click to expand...

Since we're canceling everything.....

Oh no, they have to... go to work? Like the millions and millions of other people who had no choice? But they got to distance in their jobs?

I've had to go to work every fucking day during the pandemic, get over yourselves!

ManaByte said:
Of course it's Kotaku.
Click to expand...

to be unfortunately fair this is them reporting what Business Journal said. I'm not clicking to read the rest of what Kotaku actually had to say.
Last edited: Mar 11, 2021

I am also working in the office. I see no problem with it as long as you keep distsance etc.

I fucking hate working from home.

I believe any game made before 1997 is "essentially cave man art."

I know a couple of bay area devs ( tell tale) and they were the whiniest little assholes. First off if you live in the bay area most of these studios have all sorts of health/food/LIVING benefits that don't show up on their "paltry" 80k salary.
Secondly all devs talk about where is cool to work. Guess how many wanted to jump ship to activision and riot?
ALL OF THEM.
None of them in their right minds would choose a regular job in a fly over state and living in a 2000 sq ft home on an acre of land with a less stressful job.
They really just want their cake and eat it too while whining about working 50 hrs a week.

A tech company that can't even manage to have their people work remotely.

What a joke. Hire some security experts, for fuck's sakes.

Japanese work ethic is unparalleled. Bordering on obsession. It's all they care about.

The moment I saw the title I knew it would be cuckaku.

I feel bad for them, working from home is peak comfy.

Jokes aside... come on, it's not that bad, and I'm sure that working together on a shared space (the office) will help a lot when communicating between them, which for sure will mean better games in the end. 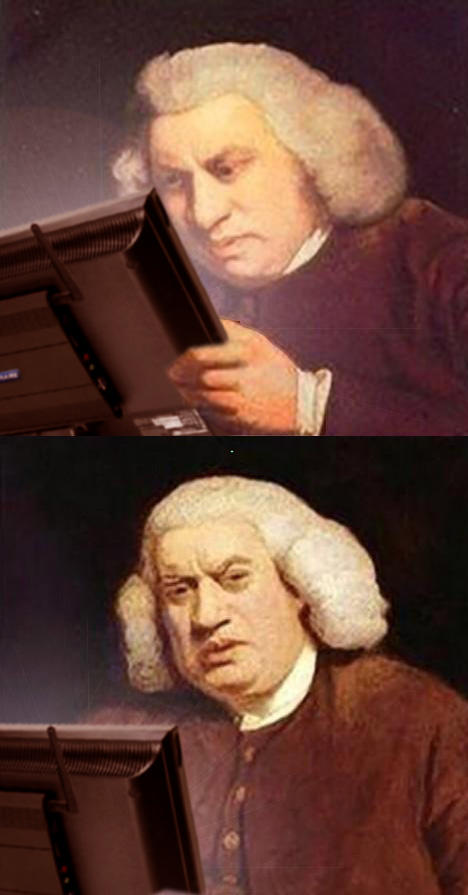 I had to go to work too.

I'll buy RE8 day one. You did good Capcom.

Ah Kotaku, You expect Capcom just pay everyone and not have them doing any work? Maybe that's why your own business is failing. Remote working for large enterprises is very difficult to get working and functioning correctly. Its what i do for a living. They were most likely breached due to the relaxing of security to allow WFH.

I love this. 10 years ago Japan would get a pass from these same clowns simply because they were part of a non-western culture. Now they find themselves placed on the "wrong side of history " by the same group - a group that will NEVER stop adding people to that list until they're FINALLY shut up in the wokepocolypse...

Take this outrage/cancel stuff over to ERA.

Obviously people should work from home when possible. My workplace requires quite a lot of people to visit the office regularly since there are a lot of stuff we simply can't do from home. We wear masks and keep a safe distance as often as possible. Antagonizing a company for going through stuff like that and having no other option but have people in office is weird.

Covid is the least of their problems.

Oh no!
I have gone to work everyday since this pandemic started and haven‘t missed a single day.
Kotakuk can go fuck themselves

I don't blame them given the scale of the attack from November. Plus it's Japan so they're not going to relax on the hygiene and social distancing rules.

Good, now people can stop with the bullshit covid19 excuse for every delay.

Like pretty much everyone in Japan. Nice hit piece.

Lots of businesses are doing this.

The employees went to work? Oh no, they had to go to work! Oh my god! Oh the humanity! For heaven's sake! What kind of a world is this?

Every single person working in the industrial sector still goes in to work every day and nobody cares because their roads are still getting paved and their buildings are being built.

They probably kept up on who left the city/country. They’re all around each other and they’re practicing social distancing. I had to go to multiple different places during this whole COVID crisis. I’d say they aren’t in as hot water as the journalist wishes they were. Try a job where you actually have to travel. They can put barriers between their employees. What’s sad is how someone got through their network. I wonder if it was a backdoor or something was open that shouldn’t have been.

The article does read like they just want to scrutinize Capcom. Cancel culture at work.

Edit: https://www.google.com/amp/s/www.bbc.com/news/amp/technology-54958782
They were hit by ransomware. I didn’t search for what caused it prior to today. Maybe someone clicked the wrong link in an email or something.
Last edited: Mar 12, 2021

Concern said:
Since we're canceling everything.....

, is it racist to point this out ?

To the subject, if they're unhappy with the measures taken by their employer they can leave, you only need a couple and things change pretty quickly ... I know this happened where I work, now things got so out of control that the CEO is getting kicked out (more like convinced to leave).

Employees don't need a union to influence their destiny. 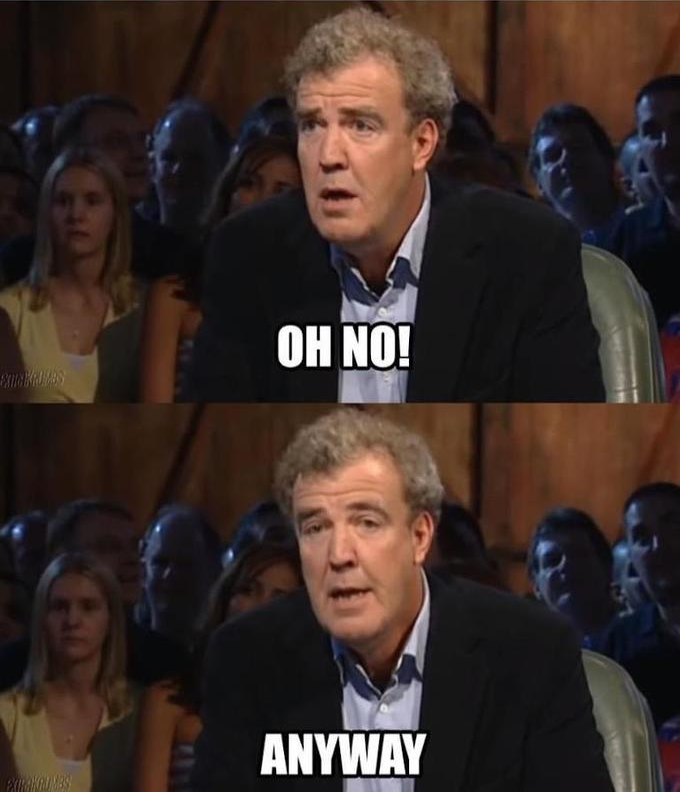 Capcom is crushing. Seems like they'll have the least amount of interruption in development and may have a huge 2021 as a result.

DESTROYA said:
Oh no!
I have gone to work everyday since this pandemic started and haven‘t missed a single day.
Kotakuk can go fuck themselves
Click to expand...

Yep, worked through the worst of it too.

On the absolute minimum wage and we never got a pay rise or bonus either. PPE was shit too

It's okay though, I knew people who worked at gambling shit holes and 'offices' that got to stay home on 80% pay

I'm just excited to be one day paying through the nose via tax for the privilege.

AV said:
Oh no, they have to... go to work? Like the millions and millions of other people who had no choice? But they got to distance in their jobs?

LOL this, i'd kill to go work right now
They're only working and surviving, like everyone else in this world now

Its ridiculous, what's normal for workers in retail is completely unacceptable for those who work in an office?
P

So people who are mostly young-youngish went to work in office ? Kotaku being kotaku.

About 75% of my family and friends have to go to work in person. Too fuckin bad.

Nobody would be coming into this thread if Kotaku was in the title.

I've been working in the office during lockdown, don't see me bitching and moaning, do your job or give it to someone who will be more grateful.
You must log in or register to reply here.