Dark Deity coming to Switch in 2022 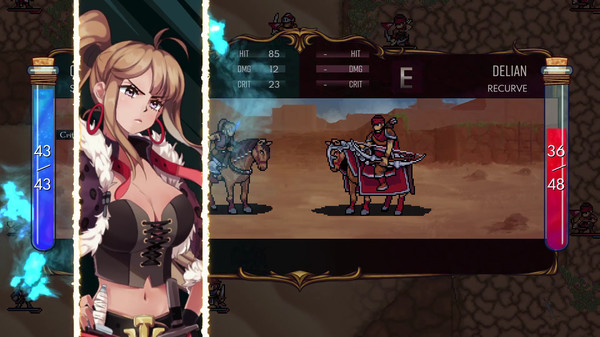 Dark Deity first launched for PC via Steam on June 15.

About
Command legendary heroes to reshape a land fractured by broken oaths, reckless wars, and secret arcane powers. The technological and cultural achievements of a once-great civilization now lie locked inside the ruins of ancient temples throughout the world of Terrazael. Long after society’s mighty history is snuffed out by a powerful and mysterious “Calamity,” the people of Etlan teeter on the brink of total war.
In a desperate attempt to bolster his recruit ranks, King Varic of the Kingdom of Delia expedites the graduation of all students at the Brookstead Military Academy, severing a pact that has stood for a thousand years. With the course of their future undemocratically derailed, these four “graduates” of the Brookstead Academy set out to leave their mark on this world.
This is their story.

Key Features
Watch a new below, via IGN.

Good! I was really hoping this would come to console. Will add it to my amazon wishlist as soon as it's listed there.
S

Ill get this since fire emblem decided to become a dating sim. Absolutely loved GBA FE
You must log in or register to reply here.