Dad gets nearly $8,000 bill after son racks up charges from microtransactions in FIFA

The father of a Pembroke, Ont., teen is warning parents to keep a close eye on their children's gaming habits after his son racked up nearly $8,000 in Xbox charges.

On Dec. 23, Lance Perkins got a credit card bill for $7,625.88 after his 17-year-old son used his credit card to make in-game purchases for one of the FIFA series of soccer games.

"It floored me. Literally floored me, when I'd seen what I was being charged," Perkins told CBC News.

Perkins said he had given his son a credit card for emergencies or to make purchases for the family's convenience store.

Although his son confessed he had been using the card illicitly, Perkins said his son, too, was truly shocked at how much he had spent.
'He's just as sick as I am'

"He thought it was a one-time fee for the game," Perkins said.

"He's just as sick as I am, [because] he never believed he was being charged for every transaction, or every time he went onto the game."

Perkins quickly contacted his credit card company, and was told unless he wanted to have his son charged with fraud, there was nothing it could do.

He then got in touch with Xbox, and the company sent an email within minutes that the bill would stand.

When he explained his son was a minor, Xbox said it would look into the charge &#8212; although Perkins said the family hasn't heard anything.

"Until I actually hear from them, it's actually very discouraging," he said.
Click to expand...

In the United States, exorbitant bills have been the subject of complaints to the Federal Trade Commission, which is mandated to protect consumers from uncompetitive or deceptive business practices, said Lawford.

Few laws exist in Canada to protect consumers here, so parents should make themselves aware of what games their children are playing and learn what sort of in-game purchases they're able to make, he urged.

As for Perkins, he has come up with one way to ensure he won't be getting another shocking credit card bill.

lmao, i find it mindboggling that the dad believes his teenage son didn't know that every purchase he was making didn't cost money. they don't exactly beat around the bush in EA's sports games to warn you that you're using real cash. i assume he was buying booster packs for FIFA Ultimate Team, but how the fuck do you rack up nearly $8,000 worth?

Lol, the kid is a fucking terrible liar and the dad believes him, amusing. A 7 year old still has the excuse of not knowing better, but a fucking 17 year old? LOL
7

Yet another case where a reasonable spending limit should be implemented.

Honestly I wish these "rare item chance" or "consumable" purchases were made illegal. It's all a load of shit.

Also the guy doesn't have to file police charges to claim fraud. Whatever credit company said that is full of it. He may need to contact the Canadian version of the FTC or an attorney but he shouldn't pay that bill.

Absurd that Xbox refused to reverse the charges too.
P

"He thought it was a one-time fee for the game," Perkins said.
Click to expand... 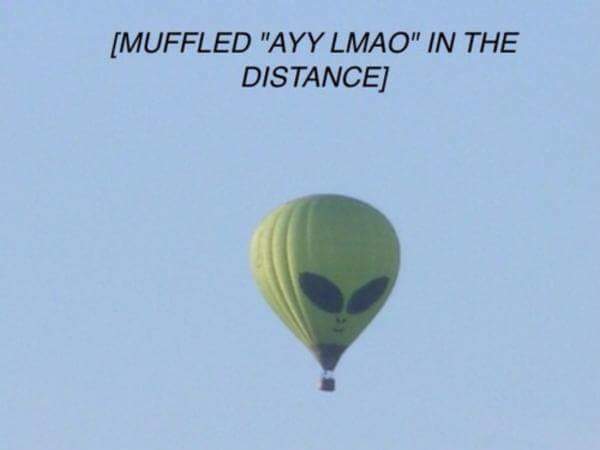 "There will never be another Xbox system  or any gaming system  in my home."

lol, don't think anyone but the father believes that kid.
J

And this is why you don't give credit cards to kids.
Should have just given him a debit card to an account that the parents could monitor.
I blame the parents more than the kid.
J

You have to go through so many fucking screens every single time you buy coins for FIFA, his kid knew what he was doing
K

BernardoOne said:
Lol, the kid is a fucking terrible liar and the dad believes him, amusing. A 7 year old still has the excuse of not knowing better, but a fucking 17 year old? LOL
Click to expand...

like, he had to keep buying fifa points over and over again to buy packs. what a little shithead, especially for someone who's under a year away from being a fucking legal adult


Jyrz said:
And this is why you don't give credit cards to kids.
Should have just given him a debit card to an account that the parents could monitor.
I blame the parents more than the kid.
Click to expand...

he's 17. not 5. he's entirely to blame - by the time you're 17, you should have a basic understanding of this kind of shit
A

lol, sucks for the dad. His son is 17. He knew exactly what he was doing.
S

I thought that it was an $8000 one time fee to access all of this game I swear.
F

BernardoOne said:
Lol, the kid is a fucking terrible liar and the dad believes him, amusing. A 7 year old still has the excuse of not knowing better, but a fucking 17 year old? LOL
Click to expand...

Some people that age are crazy dumb, somehow.

Enter the Dragon Punch said:
"He thought it was a one-time fee for the game," Perkins said.
Click to expand...

The Xbox One has some of the most comprehensive parental controls I have seen for a console, there is just no excuse for this.
S

7DollarHagane said:
Yet another case where reasonable and practical parenting to restrict spending should be implemented.
Click to expand...

Football is really catching on in the U.S.
M

More parents need to educate themselves on the dangers of FIFA and credit cards.
R

There seems to be one of these stories every week.
N

If the kid seriously did not realize he was paying real money for every transaction I think the father has bigger problems. Like teaching his son basic fucking reading comprehension.
M

Sounds like a stealth anti-gaming piece. Not only the fact there is no way you can keep buying shit without knowing, but he also says his son "didn't know he was being charged every time he turned on the game" which is straight bullshit. (Edit) I don't mean about what his son knew, I mean I have trouble believing their side of the story because the quote in context was that some of the charges were accrued just for turning the game on which is not something that happened, you don't have to pay just to turn on Fifa.

And the solution isn't no game systems it's taking the card away from an irresponsible teen, who doesn't need a game system to fuck up a credit card. Seriously sounds like a retread of 90's anti gaming propaganda but using micro transactions as a scare tactic instead of violence.
E

Unlike some of the other cases, this one seems far less likely to believe as a 17 year old would almost certainly know that they were spending money each time. Also, unless the father doesn't have access to his email, Microsoft sends transaction receipts immediately when you purchase something (unlike Apple who sometimes groups them together).
D

Charge the kid with fraud

texhnolyze said:
"There will never be another Xbox system  or any gaming system  in my home."

Enter the Dragon Punch said:
like, he had to keep buying fifa points over and over again to buy packs. what a little shithead, especially for someone who's under a year away from being a fucking legal adult

he's 17. not 5. he's entirely to blame - by the time you're 17, you should have a basic understanding of this kind of shit
Click to expand...

What do you mean man? Those fifa points that have the price in real dollars and that require multiple confirmation steps including payment info are not clear at all! I thought it was all free!
R

The kid should be held responsible but that does not mean the dad should have to pay this. There should be a policy to force limits of how much you can spend on these games, no reason why a 60 dollar game can net you a bill of 8000.


Now if the kid was 7, I would be more sympathetic for him.
K

The only footy he's going to be doing now is footin' the bill.

Who the heck gives a teenager a credit card for emergency's with a limit so high it can rack up an $8000 debt?, I wouldn't trust myself with that limit let alone a teenager.

You think that's bad, my mom is 59 and probably has spent more or equal to this kid playing those stupid slot games on iPad
N

Cool Facts: Game of War has been a hit since July 2013

Kid's going to carry that guilt for years, of course he knew it wasn't a one time fee.

Doesn't the game have multiple confirmations before actually going through with the transaction? No way the kid didn't know what he was doing.
M

But how much sympathy would he get if he said to the media "My son said he thought it was a one time charge, he's likely lying though. Anyway, I'm still mad at EA and xbox."


edit:
You know what. Maybe the dad doesn't know. With how some parents worship their kids nowadays...lol
C

Of course the dad doesn't believe his son, he's just playing dumb to recoup some of that money.
D

As a Canadian I laughed and cried reading your comment.
E

17yr old is obviously lying, but there needs to be a law to protect consumers for all games with microtransactions: when about to make a purchase, include in the interface your current amount spent for that account for the ongoing month.

Simple and, effective reminder (but of course most game companies would rather hide that I imagine)
T

17 year old that doesn't know he's paying for stuff? Good joke. It's even worse than his dad believed him.
D

He should definitely take this approach.
S

Does his 17 year old have learning disorder or disability?
F

Oft hope is born when all is forlorn.

Hahahaha, wow. That kid is a piece of shit for using a card without permission and not understanding the value of money. The dad didn't check out his credit card more than when the bill was due or something? Regardless, I do miss the days when a game was just a game and there wasn't microtransactions and DLC and shit.
S

I was 9 and knew the credit card on my Xbox Live account was connected to real money (this was back in the day when a card was required).

Hopefully MS stick to their guns and don't refund.
A

Um... Why doesn't he set up spending limits or alerts of unusual purchase activities on his cards?

This isn't the game's fault. It's the dad and his lying kid.
You must log in or register to reply here.