Retro Trailer Indie CULTIC - A Crunchy 90's Styled Cultist-Slaying Horror FPS Where the First Thing You Do is Die! 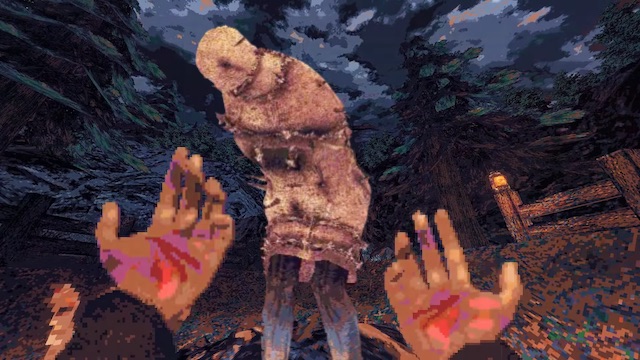 CULTIC is a brutal 90’s inspired retro first person shooter where the first thing you’ll do is die as you fight your way through hordes of evil cultists.

CULTIC is a gloriously brutal 90’s inspired retro first person shooter where the first thing you’ll do is die as you fight your way through hordes of evil cultists.

Drawing inspiration from classic 90’s FPS games, CULTIC is a delightfully violent boomer shooter where you blast your way through the ranks of a violent cult. You start the game having just died and been thrown into a mass grave. You then prompt rise from the reag, grab an axe and go on a cultist murdering rampage.

The current demo build of CULTIC features one large level that takes around 10 minutes to play through and features lots of hidden secrets to discover. There’s a good assortment of weapons to collect, all of which do some serious damage to the cultists, and you can also use objects in the environment to your advantage, with you able to pick-up, throw and shoot explosive barrels and oil-filled lanterns.

It’s got a very cool retro visual style and the gameplay does a good job of blending old school run ‘n gun action with modern physics. The only minor irritations at the moment are that you don’t automatically switch to new weapons you pick up, you don’t auto-switch weapons when out of ammo and you can’t switch weapons using the mouse-wheel. Other than that though it’s a blast, way more fun than a walking corpse should legally be allowed to have! Highly recommended.
Click to expand...