Developer: Crytek
Platforms: PC, PlayStation 4, Xbox One, Nintendo Switch
Price: $29.99
Release date: September 18th, 2020 (All platforms except the Switch, which got the port in July)

Crysis takes place in 2020 on the fictional Lingshan Islands, off the Philippines. The player character belongs to the fictitious "Raptor Team", a United States special forces operation that is sent to the island to investigate aggressive behavior by North Korea. Wearing sophisticated armors and carrying powerful weaponry, they must contain North Korean aggression.

On April 16, 2020, Crytek announced that a remastered version of the game, titled Crysis Remastered would be released for the Xbox One, PlayStation 4, Nintendo Switch, and PC, featuring new graphical assets, effects, and software-based ray tracing. The remaster was originally intended for a simultaneous release on PlayStation 4, Nintendo Switch, Xbox One, and PC, and a trailer was scheduled for release on July 1, 2020. However, in the days previous to the trailer's release, the trailer itself and several screenshots were leaked, and were poorly received by the public for failing to provide any marked improvement over the original game. For this reason, come July 1, Crytek announced that except for the Switch, they would be postponing the release of Crysis Remastered for all platforms "by a few weeks" to improve its visual quality in an attempt to meet the users' expectations.The Switch version was announced on July 10 as coming out on July 23. On July 22, 2020, a tech analysis published by Digital Foundry, based on the Switch version, revealed that Remastered is not based on the PC version of the original Crysis, but off the inferior Playstation 3/Xbox 360 adaptation. On August 21, 2020, a new tech trailer was released for Remastered, showcasing improved lighting, 8K textures, raytraced effects, and setting the game's release date for September 18, 2020. [FROM THE WIKI] 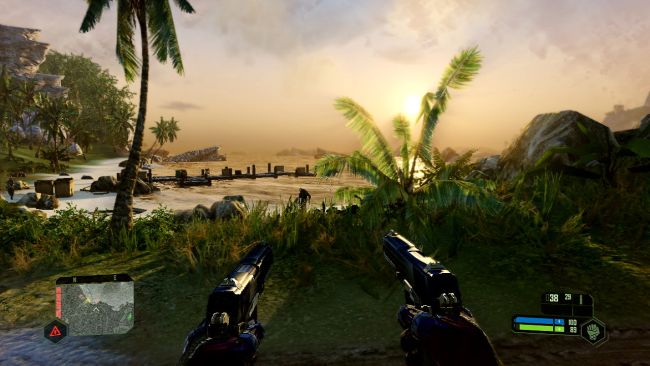 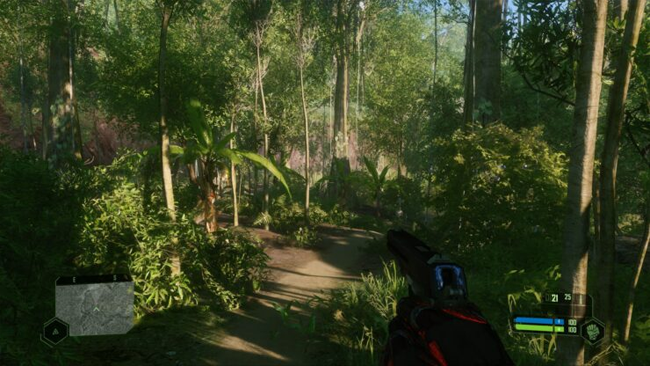 PC version is a joke, DLSS won't give you shit if you are that CPU limited 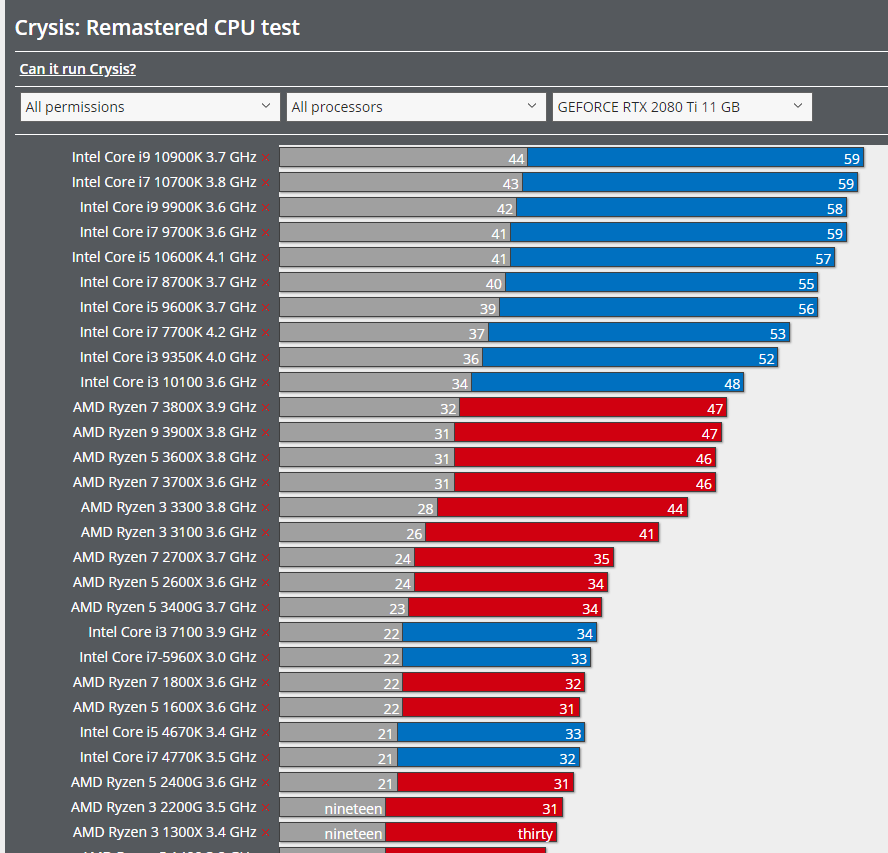 Reactions: skneogaf, Agent_4Seven and Tesseract
A

If you going to remaster the game for modern system this is not how you do it. I thought they were creating it in the latest cryengine which should use CPUs better surely

Hate the color palette in this remaster
Reactions: GaviotaGrande

It boggles the mind that they worked this off the much degraded console ports. 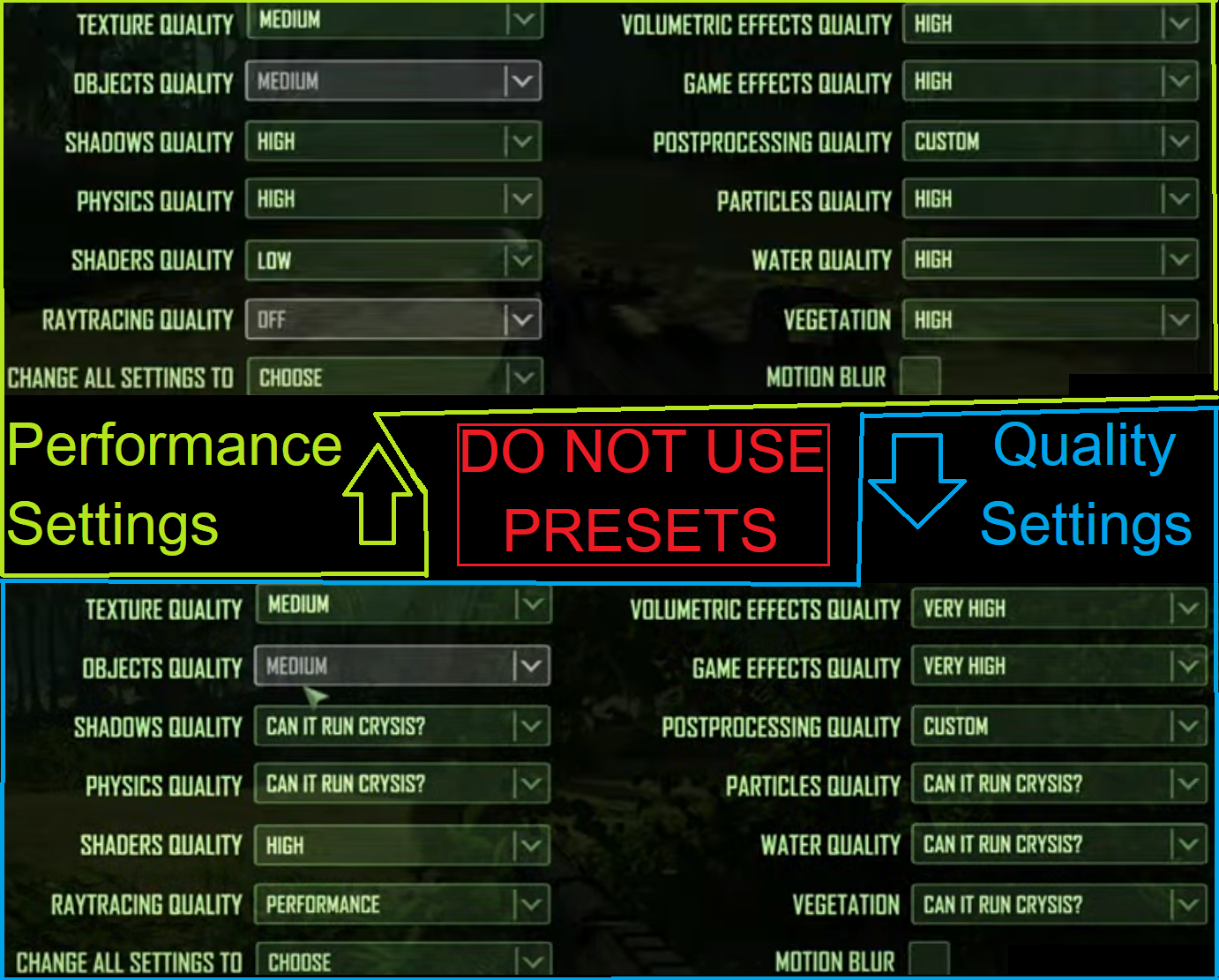 tapUout said:
Hate the color palette in this remaster
Click to expand...

Thats because is the Xbox 360 version, not the PC.

This is how performance looks like on 2060 super and 3600 (mix of high and v. high settings, RT on performance):

It just ocurred to me that the remaster lacks quicksave because console games usually don't have it. This is a cheap cash grab indeed.
Last edited: Sep 20, 2020
Reactions: Armorian

Armorian said:
PC version is a joke, DLSS won't give you shit if you are that CPU limited

Seems like they did nothing about 1 threaded Crysis.
Reactions: wordslaughter and Armorian

voidenberg said:
It just ocurred to me that the remaster lacks quicksave because console games usually don't have it. This is a cheap cash gran indeed.
Click to expand...

voidenberg said:
It just ocurred to me that the remaster lacks quicksave because console games usually don't have it. This is a cheap cash grab indeed.
Click to expand...

And they fucking lied to everyone by specifically saying that this wasn't the Xbox 360 version, but instead was the PC version that was being remastered.

So here's the thing. Why the fuck do these game studios lie about shit when they know the gig will be up as soon as the game comes out? It makes no sense whatsoever.
Last edited: Sep 20, 2020
Reactions: Fake and Dacon

What a shit "remaster"

Literally did the exact opposite of what they should have. You have no more credibility with me anymore Crytek, and that's a shame because in the past things were VERY different.

Riven326 said:
And they fucking lied to everyone by specifically saying that this wasn't the Xbox 360 version, but instead was the PC version that was being remastered.
Click to expand...

No they didn't, anyone following this game knew this was based on the console version. There could be no remaster for the PC version in the first place because in order to overcome that engine's CPU ST limitations they'd essentially have to remake it from the ground up - which is not something they could afford to do.

So clearly Crysis is having a Crysis just being able to remaster itself, I am thinking of purchasing the original release....that's a no-brainer compared to this, this iteration is nearly as bad as Mass Effect Andromeda....(on a technical level, though at least with that game it didn't crash.)

it seems that I am suffering from gamebreaking bug in Mission 7 (Alien Level).

I am supposed to go through the lefthand portal. When doing so the game "warps' me to another place where I can't move anymore, forcing me to reload the last checkpoint. According to the the walkthrough this us definitely not where I would suppose to be.

Any idea how I can contact the bugfixing service?

Hey for someone that never played the original and never played pc games, most reviews I’ve seen are from the perspective of someone that played the original on a good pc so I understand why they would be disappointed with this. But I’m curious, I played Crysis 3 I got cheap I just play on a launch Xbox one and I enjoyed it. There’s a 10 dollar difference in price on the Microsoft store between this and the original 360 version, would it be worth the extra 10 bucks for this, or is it just super terrible lol.

The Ascension Level is back