COULD The PS3 Run Rachet & Clank: Rift Apart, After All?

So Jon Burton, a really smart and interesting dude, who both founded Traveller's Tales and also has extensive programming experience with the MegaDrive, Mega CD, and Sega Saturn architectures, just did a video going over Rachet & Clank: Rift Apart. Specifically, its use of the PS5's SSD, and whether Insomniac were gloating a bit too much in terms of what SSD throughput was actually required for the game. It's a very interesting dive into it from the perspective of someone who'd really know a good lot about this stuff, so I'll link the video below and then give my own impressions afterwards.


​
Okay, hopefully you watched the video, because I actually have some thoughts to add. In essence, I both agree and disagree with him here. His main point is that the gameplay seen in Rift Apart with the portal rifts does not in any way require something like the PS5's SSD in order to exist, and on that front he is 100% correct. He even brings up a Lego Star Wars game he worked on, which came out for the PS3, that accomplished something very similar, hence the title for his video. And I'd be willing to bet there are other games on even older platforms that pull off similar effects.

However, what he also describes in terms of pulling that type of effect off on older systems involves basically pre-loading game asset data into allocated memory buffers with background pre-loading for a future segment occurring while a current segment is playing. He notes that for the scripted sequences involving portals this would be very easy to do because the player isn't doing much in them other than moving around the XY axis, which causes the camera to tilt some. For other types of sequences, the geometry is noted as being very simple, so it's very likely that preexisting assets already in system memory are being reused for these.

That said, this is where I start to diverge. Everything he says is true, but the point of a system design like PS5 is that it has the I/O design and bandwidth fast enough to allow for fast data streaming while still facilitating the game to have the level of visual detail it does on the platform. The other big thing is that the I/O is designed so as not to require developers to resort to a lot of the types of tricks you'd have to do on older systems to simulate similar types of game design, so you are using less main system memory allocated to hold assets essentially as a cache, or at the very least, those assets spend magnitudes less time occupying memory for such.

Those are the big advantages to a storage architecture design like the PS5 (as well as Series X and Series S, even if there are some differences in the designs there. But it's ultimately apples-to-oranges) compared to systems of the past, which make it a lot easier to facilitate game design like the rifts in Rift Apart without needing to compromise on visual fidelity or asset quality in achieving the graphical vision seen in the game. Yes, Rift Apart could easily, 100% be done on the PS4 or even PS3, even the PS2 to be perfectly honest.

However, you'd have much less system memory, you'd have to allocate a lot of what's there as memory buffers to store upcoming needed data (basically using that memory as a cache) for long periods of time, and you'd have to use much smaller assets in terms of details, texture sizes etc., as well as simpler geometry and skeletal systems. Level sizes would also be much smaller, and you would likely have slightly longer rift-jumping transitional sequences to mask loading (IIRC on PS3 mandatory HDD installs were not required, unlike on the 360, so game logic would've had to account for the comparatively slower Blu-Ray drive to access cold data).

Basically, the benefit to the design of systems like the PS5 (and, again, Series S and Series X) is that the process for facilitating these type of game designs is massively simplified thanks to their storage I/O architectures mandating the use of SSDs, allowing developers to redirect their programming focus towards other areas of the game design and that being paired with the general increase in computing capability which means the games can have much higher levels of detail.

But anyway, that's all I wanted to say xD. I didn't want other people to come across the video and suddenly start trying to belittle the channel or the guy in question, because they have some reallllly good programming insights into working on various games for the MegaDrive, Saturn etc. For example, they have arguably the best description of how the Sega Saturn's DSP works and shows off coding examples to illustrate how it'd load data, how the registers work, etc. Unfortunately, people who probably aren't aware of their history or work might come across this video and probably think it's an attack on PS5 or something to fuel console warring, as, sadly, that's how toxic console discussion has gotten online these days especially in pertains to Sony/Microsoft.

Therefore I wanted to do this thread to hopefully put what's in the video into perspective that could quell any toxicity while also affirming certain things the video mentions, while respectfully seeing it from an angle that wasn't necessarily explored in the video itself. But I guess this is as good a time for others to discuss what they feel regarding what technologies like the SSD could enable in the future when it comes to game design. If you ask me, just looking at things like Rift Apart, it's likely not so much about completely new paradigms (I still think technologies like cloud streaming are better suited for that, as well as VR and AR), but moreso in terms of greatly simplifying certain aspects of data throughput in current design scopes so they are more automated and faster, and requiring less programming tricks by developers to implement. Which in turn, frees up development for other areas of game design.

jesus fucking christ...again with this video?!

Some people already said, but it's nice to hear from a developer that already did in the past In a nutshell: it's not because of the SSD that Rift Apart works, an HD could work fine

It's easily done on PS3, in fact I think that even on PS2 there is a way to run it 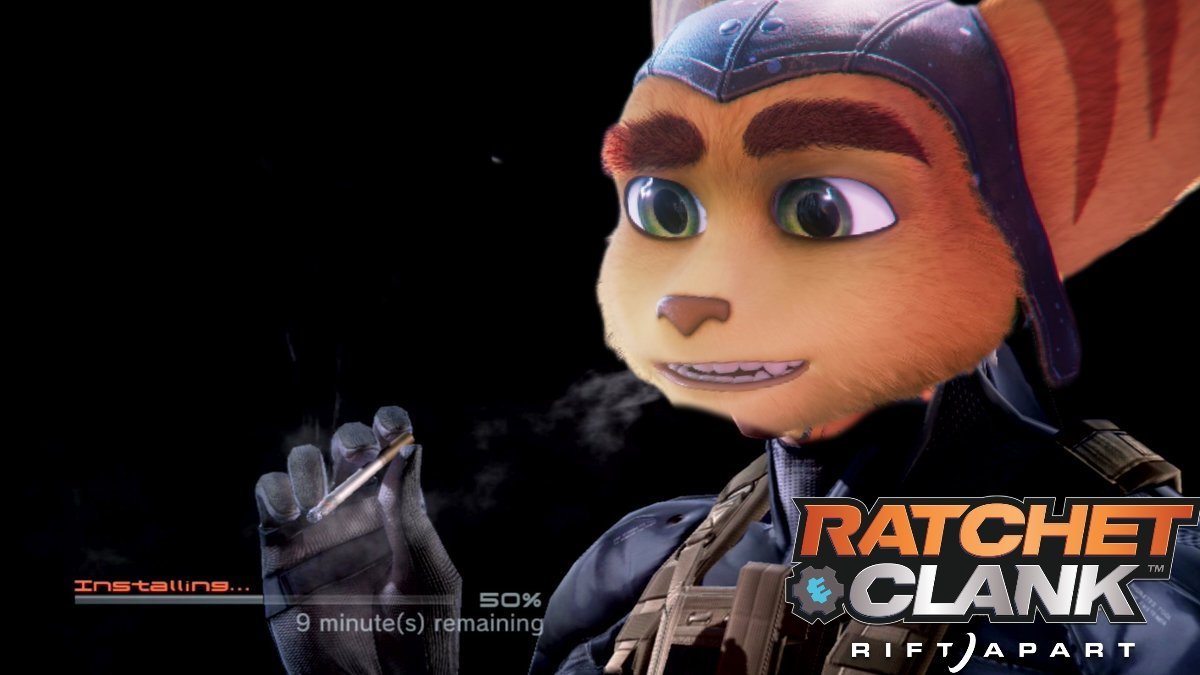 Old news are so exciting

DonJorginho replied
Jun 13, 2021
When can we expect games being made exclusively for ps5/XSX without last gen support.
2 3 4 5