Co-op RTS DwarfHeim will launch in early access in October, and gets a new demo today

Co-op RTS DwarfHeim will launch in early access in October, and gets a new demo today 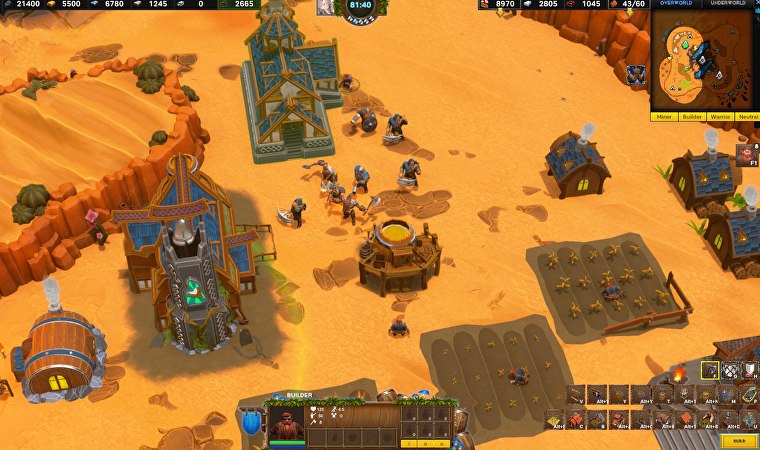 Pineleaf Studio today announced an early access launch date of October 22nd for DwarfHeim, the intriguing cooperative RTS where players take on different roles. You’ll need someone in charge of your army, naturally, though you’ll need a town to support that army, but how will you build a town without miners? Division of labour is the answer, splitting tasks across players who’ll need to work together if any of this plan is to work. You’ll be able to try this for yourself in a new multiplayer demo as part of PAX X EGX, the giant virtual games event starting today.

Our Nate has been taken with DwarfHeim since he first saw it, and especially after he played it with some of the developers.

“There’s an overworld player who does things like farming, woodcutting and basebuilding, an underworld player who mines ores and processes them into resources via a sort of Factorio-lite production line mechanic, and a military player who takes care of defending both players, and attacking the enemy,” Nate explained in June.

“I figured Dwarfheim could be stellar if it actually pulled this idea off, and… well, it is! I played a few sessions with the dev team earlier this week, and was impressed by just how differently each role played out, and how there was more than enough to do in each to keep anyone but the most electric-nerved APM lord fully occupied. As I’d hoped, there was also a really satisfying metagame, about arguing with your team mates over who used all the wood, when the steel’s going to be ready, and so on.”

You can try it yourself, as a DwarfHeim demo will be available through the virtual PAX X EGX booth of publishers Merge Games from today. This is the first public demo with the PvE Survival mode, where you and two pals have to hold out against endless waves of enemies.

Also as part of PAX X EGX, Nate will be playing with developers again on Sunday the 20th – this time on stream for all to see.

DwarfHeim is coming to Steam Early Access on the 22nd of October, with a plan to launch full and finished in summer 2021. Neatly, a ‘Friend-Pass’ feature will let you invite pals who haven’t bought the game to play with you.

Looks cool. Will wait for it to come to iOS.

Seems a little like the old classic Metal Fatigue, interesting! Never got why that didn't get developed more..
You must log in or register to reply here.