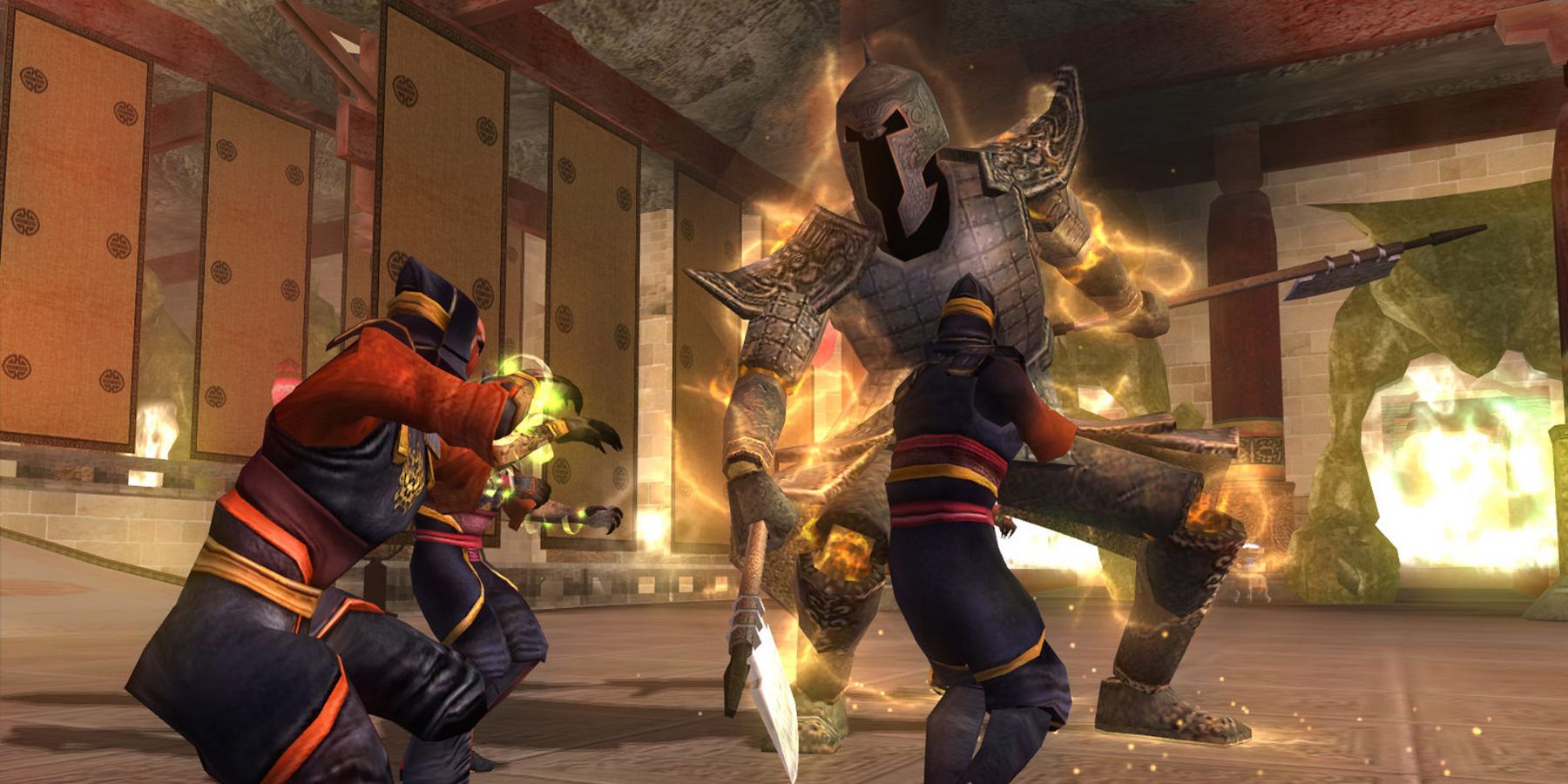 An ex-Bioware developer confirms that the studio was once working on a sequel for the beloved classic action-RPG Jade Empire.

An ex-BioWare director and executive producer is sharing new details about a Jade Empire sequel that never came to be.

Mark Darrah worked with BioWare for 23 years, initially as a programmer on early action-RPGs including Jade Empire. He left the studio in 2020 and has shared a variety of details about his time at BioWare since. In a recent video on Darrah's Youtube channel, he talks about the canceled sequel Jade Empire 2, which started development after the original game's release. Darrah says that Jade Empire was ultimately canceled so BioWare could focus on the development of Mass Effect and Dragon Age: Origins instead.

Originally, Jade Empire 2 was intended to be a direct sequel to the first game. Darrah explains that Jade Empire 2 would be set some decades after the first time to allow the world's plot to move forward to state for an epic new story. However, BioWare made a big change at the studio that forced the team to rework the game. BioWare shifted to the Unreal Engine for development due to the needs of Mass Effect. In doing so, BioWare reworked Jade Empire 2 into a modern game.

As for what modern game means, Darrah explained the setting would still feature Jade Empire's universe, but far in the setting's future. Further, the world would have had magic "suppressed" for hundreds of years. Players would play the role of an investigator from a "crisis response unit" looking into the use of magic. Darrah says that this concept would ultimately be shifted into a different game named Revolver, which was also canceled.

One big detail that Jade Empire fans will appreciate confirmation of is the ending BioWare would branch off from for its sequel. The version of Jade Empire 2 supposed to be set in the far future would be based on the option for players to sacrifice themselves to allow Wu the Lotus Blossom to reign over the Jade Empire. In other words, Jade Empire's bad ending.

Jade empire is a series I wish Bioware would have taken anouther crack at...

well I did a few years ago, at this point I just wish EA would stop puppeteering the studios corpse around infront of me and just let it die so I can grieve properly.
K

I really liked the story and the environments. Gameplay was bit simple but whatever.

That sounds pretty terrible honestly. Probably for the best it got cancelled.

Maybe they can make a game about an investigator from a crisis response unit investigating a video game development company, where quality has been suppressed for hundreds of years.

Bring it back for diversity

The whole channel is fucking amazing. Say what you will about Darrah being an asshole or his work on Anthem, the insight he shares on games development now is on a totally different level.

Never got to finish the first one, but definitely a great game. I'd welcome a sequel.

BPX said:
Bring it back for diversity
Click to expand...

If by diversity, you mean as in "diversity, equity and inclusion", then:

But if you mean, anything else, then ok cool.

Lot of cancelled game reveals recently. Wonder why that is. Wonder if we'll see Platinum's Scalebound.

Is Jade Empire worth trying still, for someone with no nostalgia for it?

Yeah I have fond memories of jade empire but I recently tried to play it again and it is a bit of a turd.

Honey Bunny said:
Is Jade Empire worth trying still, for someone with no nostalgia for it?
Click to expand...

I bought it a couple of years back because I always felt I could like it a lot. Played it for a couple of hours and dropped it. I'm sure it is a great game but I think the time is better spent somewhere else.

Glad they cancelled it, if it was going to be "set far in the future". It would have made absolutely zero sense going that route (by effectively removing what made Jade Empire great).

Kind of reminds me what they did with Castlevania Lords of Shadow 2, which probably could have been way better had they not set it in present day (which along with the fixed stealth sections, were just about the dumbest decisions I've seen made in a sequel).
Last edited: Oct 25, 2021
You must log in or register to reply here.