What's true in the world of sports stands true for the animal kingdom as well, it seems: Rivalries are always more intense between neighbours.

Vancouver Island played host to a metaphorical match-up between Canada and its good friend the United States on Friday when, without so much as a tweet to promote the fight, two iconic birds went wing-to-wing.

Fortunately for the people of both countries, local photographer (and sole spectator) Lisa Bell stumbled upon the scuffle  with her camera.

Ladies and gentlemen, welcome to the main event of the internet right now: Canada goose vs. American bald eagle (or bald eagle, as it's also commonly known.)

The battle of the birds began just after 7 a.m. local time on Friday, according to Bell's post in the Vancouver Island Images Facebook group.

In a post about the "once in a lifetime experience" Bell told fellow group members she had the glory of witnessing nature at its best and capturing it all in her lens.

She later told CTV Vancouver Island that the photos were taken at Spider Lake Springs, near Qualicum Beach, where her family was vacationing.

"There was a whole bunch of noise to begin with," she said. "The eagle was sitting on the goose. I scooted to get my camera, and when I came back down he was still there. The goose basically was playing dead."

That didn't last long, however.

As Bell's photos show, the goose had some fight in it  enough to avoid becoming an eagle's lunch on Friday, at least.

"Nature is not all glory all the time," the photographer noted on Facebook. "Today we had a happy ending to the tale of a goose freeing itself from a hungry Eagle's talons. [It] might not be so lucky next time."

While she did say she noticed some claw marks on the Canada goose's back, when she left it was still "swimming around in the pond" and appeared "proud to have gotten away."

Geese can, in fact, be found in every single U.S. state and Canadian province at one point throughout the year, while bald eagles are more abundant in parts of Canada at times than anywhere in the U.S. except for Alaska.

Furthermore, the Canada goose is not Canada's national animal. That honour goes to the beaver and our national bird has yet to be determined.

Bald eagles are still the national bird and national animal of the U.S., but this may prove contentious should Trump win the presidential election in November.

best seen in the classic "Shadow of the Beast"

A goose will get a bat to the beak fucking with me.
O

After that thread about what dicks geese are, I found myself rooting against it.
S

i would have given it to the goose tbh, there was a few points in that fight where the eagle was clearly down for the count
K

How come a goose is willing to fight a human to the death, but will play dead with an eagle?

Are we that low on the animal totem pole?
J

This reminds of that gif of a dancing goose. Fun times.
X

That's just cause it felt bad that the geese wasn't as patriotic.
W

Bald eagles are still the national bird and national animal of the U.S., but this may prove contentious should Trump win the presidential election in November.
Click to expand...

people really have to make everything about Trump
U

I wonder how each would fare against a wedge tailed eagle. Or a cassowary.

We all know the American bald eagle is really a chump.

Checkmate, eagle. Can you turn into a... BOAT?

It was cunning enough to play "dead" and then retreated into the waters.

Also, the facts about the German Imperial Eagle, wow.
P

Maybe the US should pick a bird that is reasonably abundant in the US and not just Alaska.
S

frontovik said:
It was cunning enough to play "dead" and then retreated into the waters.
Click to expand... 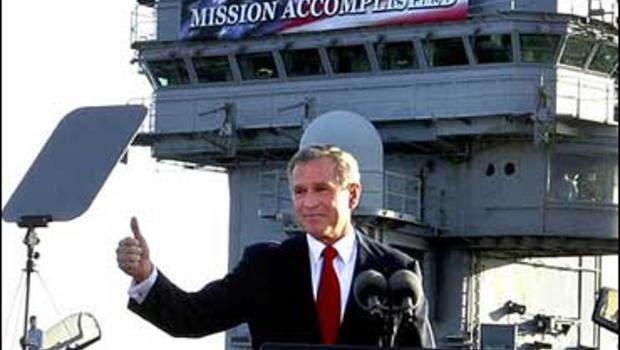 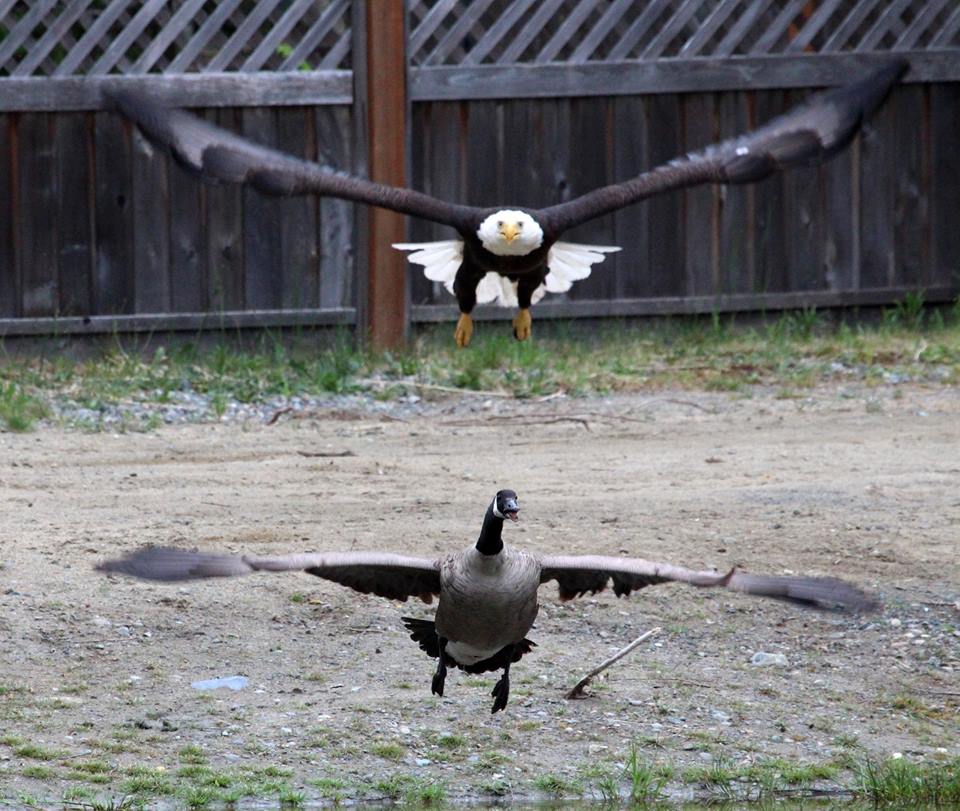 Piston Hyundai said:
people really have to make everything about Trump
Click to expand...

I wish some eagles would come and eat all the geese where I live.
C

Legit terrified of geese now after that thread. Had no idea the terror that existed before me. 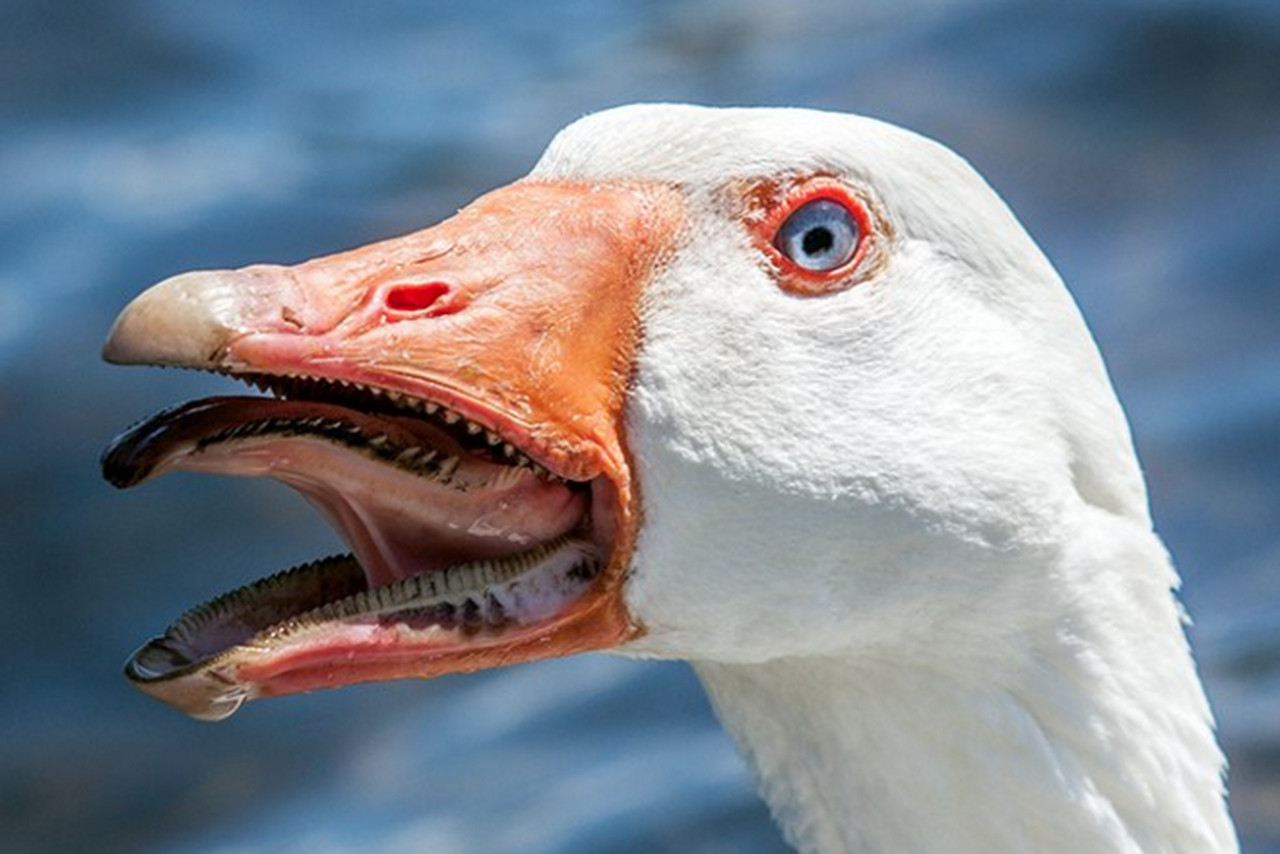 In the Midwest they're basically pigeons of the suburbs. Pigeons that get an attitude if you're trying to get by them on a park trail.
P

It's actually a Canadian Goose vs a Canadian Bald Eagle.
Canada can't lose this one.

Freedom is on its way
T

lastplayed said:
Checkmate, eagle. Can you turn into a... BOAT?
Click to expand... 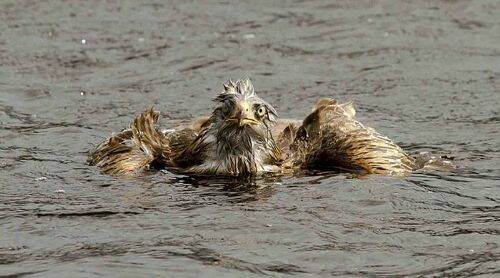 Tears in the rain

Piston Hyundai said:
people really have to make everything about Trump
Click to expand...

Geese are legit scary. I bike by a tonne of geese all the time and you have to be very careful to keep distance, especially when they have goslings, or else they could really fuck you up.
T

ROFL, dumb American
eagle
fell for the play-dead, oldest move in the book. Back to America with you.
L

If only the eagle had a gun, it wouldn't have been a stalemate.
L 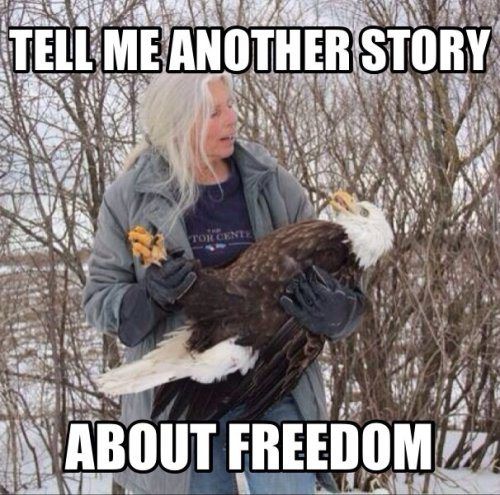 TemplaerDude said:
ROFL, dumb American
eagle
fell for the play-dead, oldest move in the book. Back to America with you.
Click to expand...

The eagle felt bad, didn't want to keep pummeling someone that had clearly waved the white flag.

Is American Bald Eagle the coolest looking national animal? I think so.

cdyhybrid said:
The eagle felt bad, didn't want to keep pummeling someone that had clearly waved the
maple
flag.
Click to expand...

Fixed it for you!
C

It was a joke about Quebec
E

This is why Trump is mentioned
G

cdyhybrid said:
It was a joke about Quebec
Click to expand...

Oh I was just taking the white flag and maple one as meaning the same thing.
C

The eagle is the coolest national animal though.

It's a flying dinosaur.
V

No relevance to anything, I just love this gif. El Topo said:
We all know the American bald eagle is really a chump.
Click to expand...

German Propaganda. The Imperial Eagle is not in the running for world's largest.
T

I'd bet on the goose.

Or is it just not worth listing it as a fact since it's safe to assume that it is poisonous
Click to expand...

Not only is it poisonous, it shoots laser beams and conjures an army of spiders from another dimension.