The game is good. I knew it will be since its built on the same engine as MW.

The sound is a bit off for me.. I can't really hear enemy footsteps as well as in MW. Is that by design or is something wrong with my setup?

Hardly any reviews yet on MC, but it's getting about an 80% score. Better than I thought it would get.

So, on the positive side, I’m really digging the Dual Sense implementation. It’s toned down and the adaptive triggers aren’t as resistant, which makes it much more comfortable to play with.

COD was winning game of the years than all of a sudden it fell off a cliff in some circles, every cod has different sub plots to them, I think everyone can agree they’re must-buy games.

Glad to see a couple of reviews. Interestingly I was once again told that "No review code of any type is going out..."
LOL

If you are buying COD for only the campaign then it’s not worth it. Campaign, multiplayer, zombies is one of the most content packed games in existence, it’s even better now as you get all maps and zombie updates for free.

I was pretty down on the game after the Beta, but they have seriously turned the game around, it is very tight and plays like a totally different game from the Beta. I like the Cold War setting better but I suspect I will be spending the majority of my time on this now.
T

I guess nobody else has had the same issue with me on multiplayer then?just started single player now and the game is absolutely stunning to be fair,proper looker

Not defending CoD, but this new BF is $70 without singleplayer?

Not into WWII but bought the game anyway because I play Warzone a lot and need this game to level up weapons, at the very least.

Played some campaign and was glad to see slide canceling was back to normal. Switched over to multiplayer and there's still the same delay that there was in the beta. Hope this doesn't carry over into Warzone, but I have a feeling it may.

The game looks good and runs well. Hopefully we see these optimizations in Warzone with the new map. AMD FidelityFX CAS works really well to sharpen the dull image Filmic T2x AA produces. Glad we're back on the MW engine, as I am definitely not a fan of Treyarch's.

Haven't played enough yet to post any impressions on gameplay, but I'm definitely going to put some more time in today. Juggling this, Forza Horizon 5 and some others.

Campaign Bros: any memorable missions on par with the best of the series?

Put about three hours into multiplayer now. Not really digging it. Aim feels all over the place. Not sure if I need to unlock more perks but the LMGs, in particular, are really hard to use.
Last edited: Nov 5, 2021

thatJohann said:
Does anyone see a difference in these two captures - one with FidelityFX CAS OFF and then ON using Xbox Series X 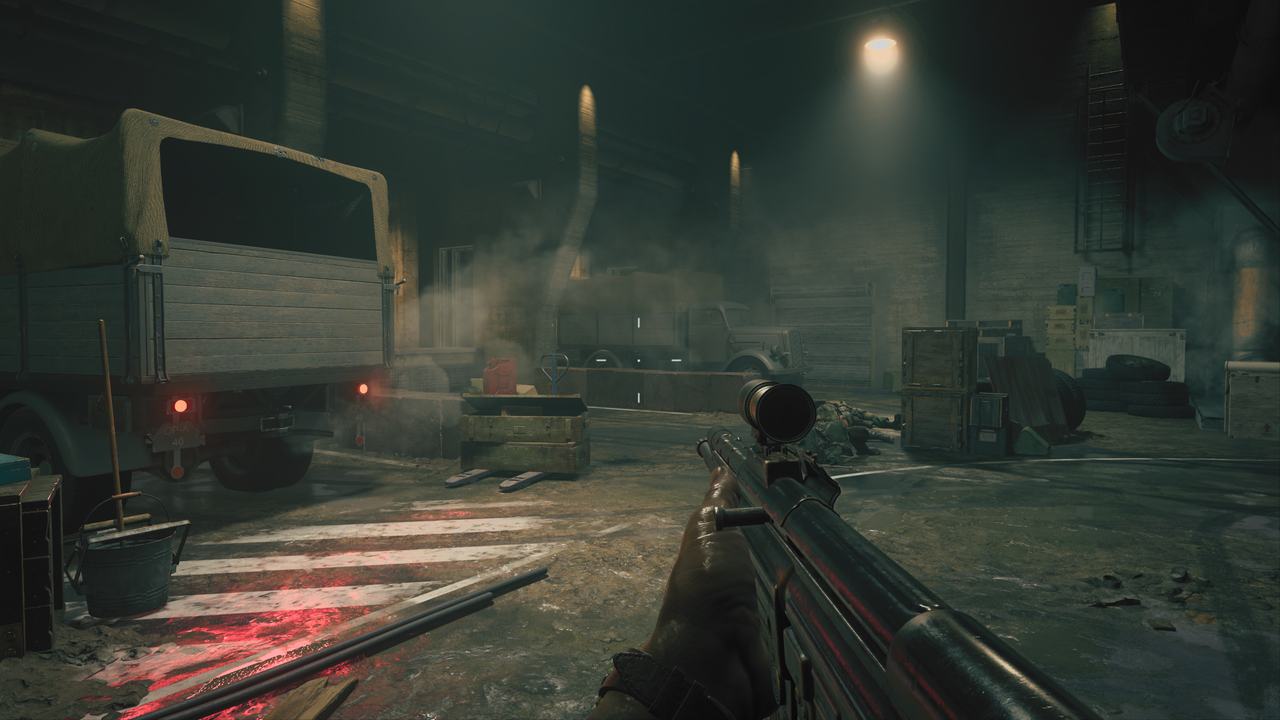 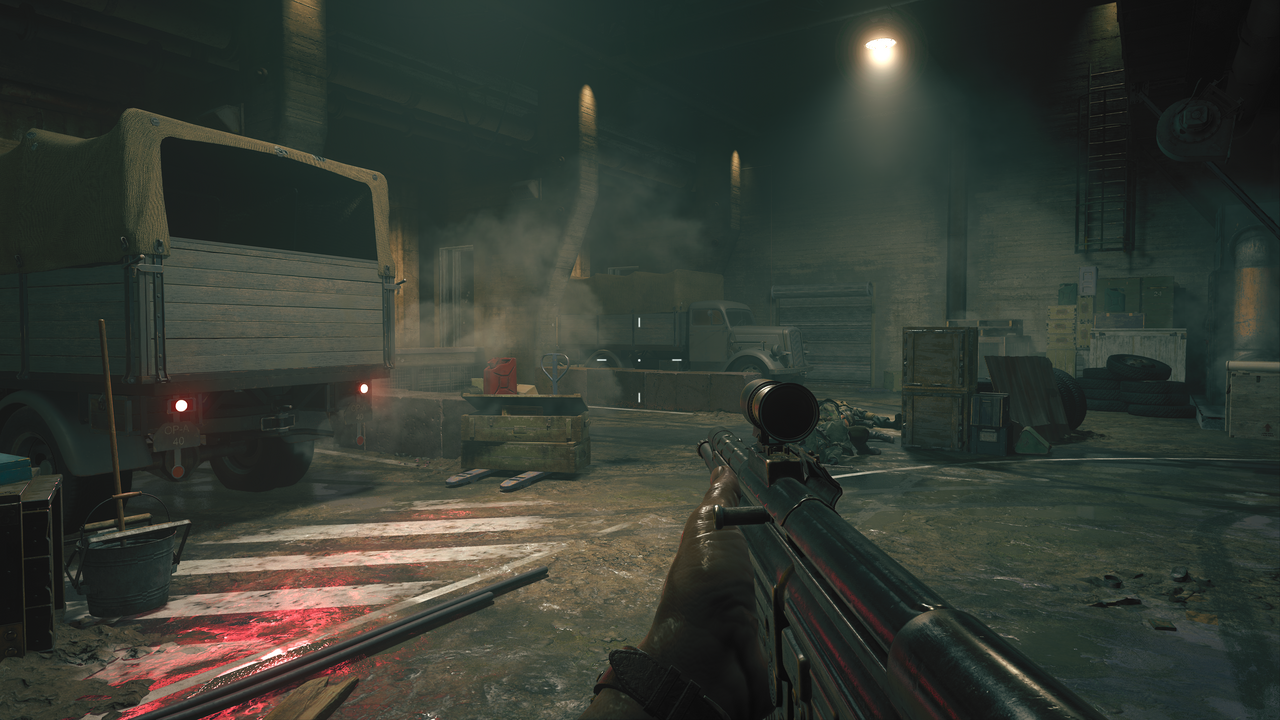 I was asking myself the same. On PS5 here. I'm not seeing any differences. At all.

Karak said:
Glad to see a couple of reviews. Interestingly I was once again told that "No review code of any type is going out..."
LOL
Click to expand...

In a certain sense, that's just inadvertent acknowledgement of you having standards and integrity, isn't it?
Last edited: Nov 5, 2021

Say what you want about Kotick & Co., but they get Call of Duty games out on time every year.

thatJohann said:
Here's some more comparisons of FidelityFX CAS ON (.80) vs OFF on Xbox Series X. 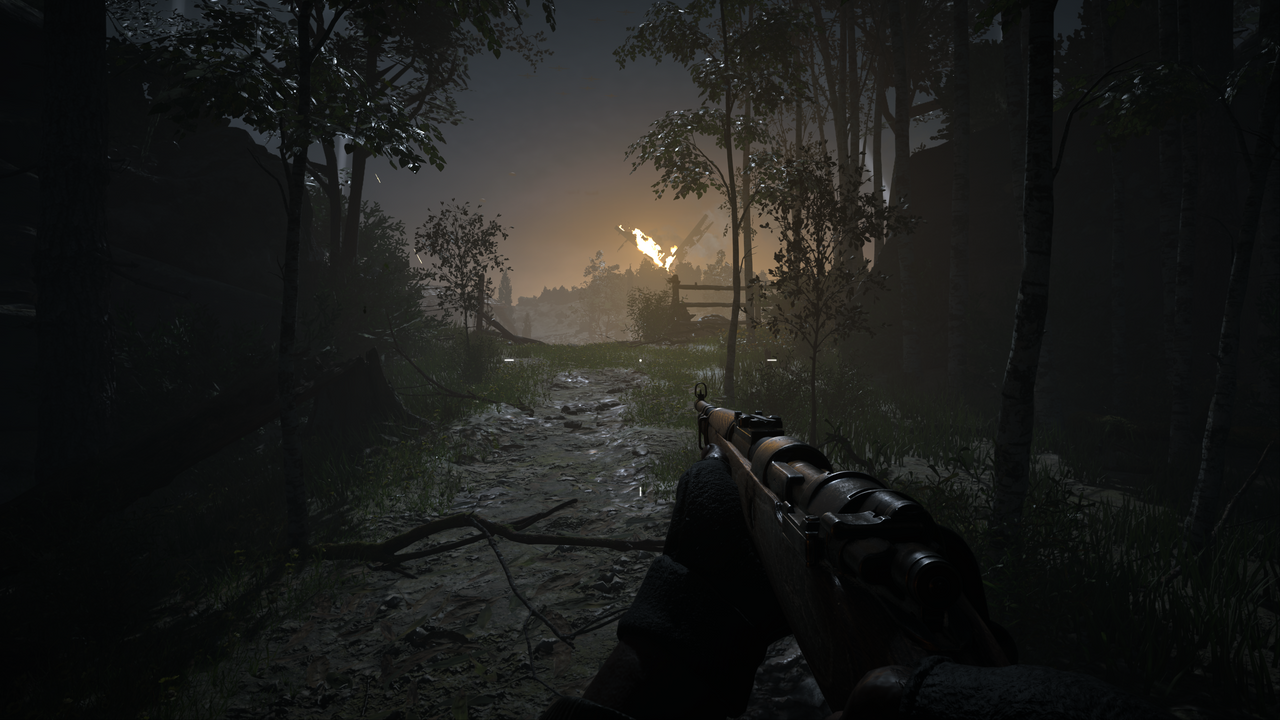 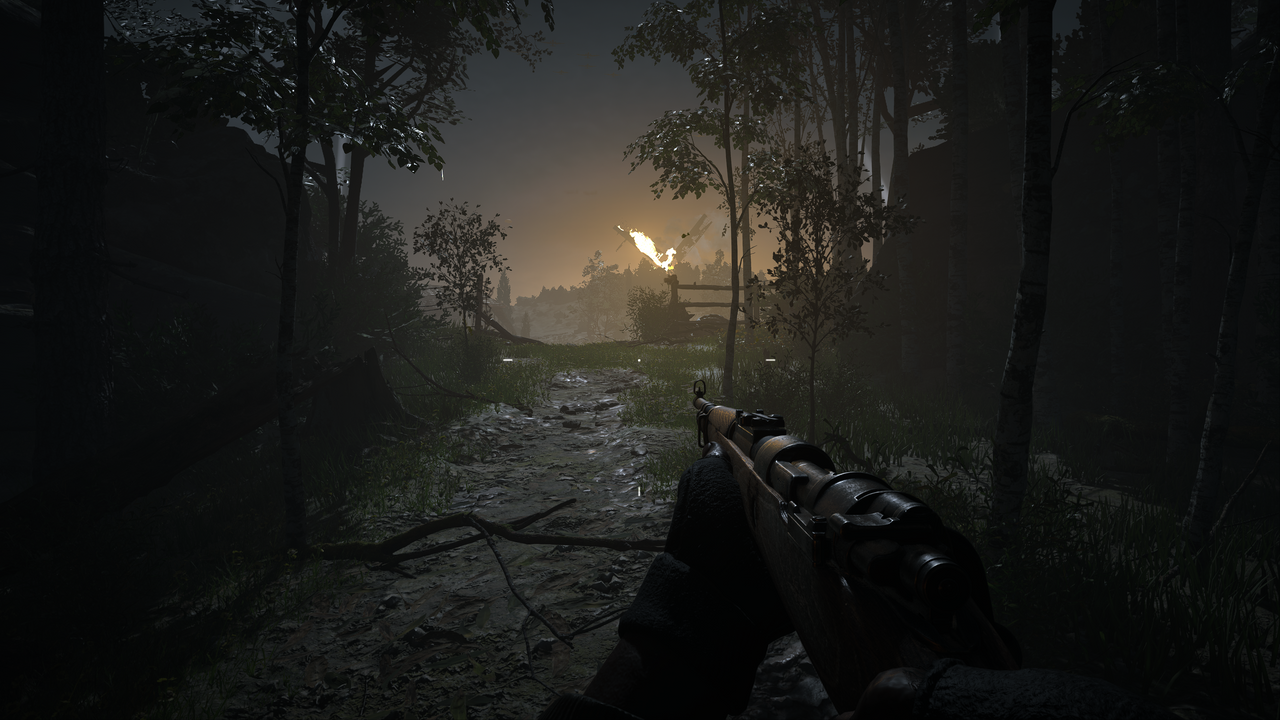 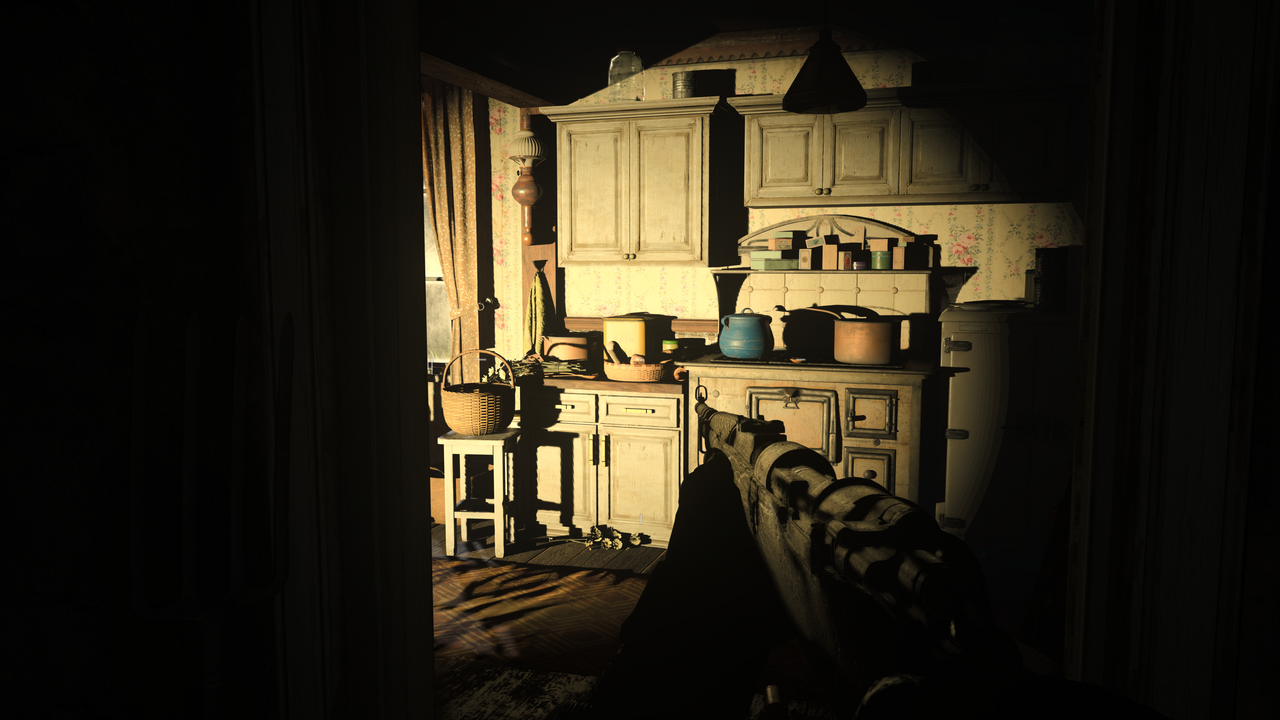 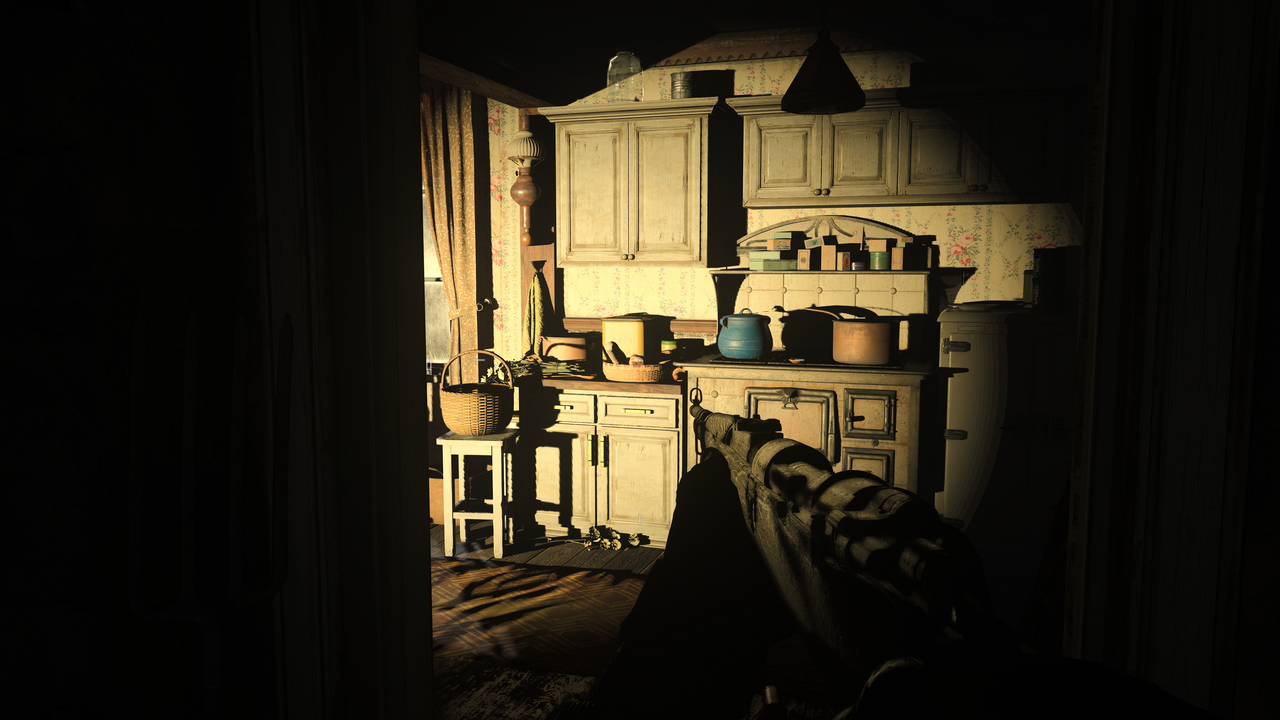 Also, side note the game is gorgeous and really enjoying the campaign and the WWII setting.
Click to expand...

Wow that engine is amazing. I hope treyarch switches over so that all three cod devs are using the same engine.

No one plays cod for singeplayer, they know their audience.

Call of Duty: Vanguard's story of Task Force One is told through a mix of in-game narrative and pre-rendered CG cutscenes. In this video, we bring you the complete story of Vanguard and the rise of the first special forces group led by Arthur Kingsley.

Check out our round up of Call of Duty: Vanguard's entire campaign as told by in-game cutscenes and cinematics. Major spoilers ahead- this video features the story of Vanguard from the opening cutscene to the game's final moments.

Call of Duty: Vanguard tells a heroic tale of Task Force One; A team of the best soldiers from military branches around the world. The first of its kind, this special forces group's mission is to track down information about "Project Phoenix"- classified intel from the German Army with plans to shift the balance of WWII in their favor.

Stay tuned to GameSpot for our review of Call of Duty: Vanguard, as well as continued coverage on Warzone's latest Pacific map Caldera. Look out for livestreams, gameplay videos and more coming soon.
Click to expand...

I’m finding the multiplayer to be absolutely fantastic this year. Honestly the best first impression I’ve had from a COD game in a long while. Really really fun, satisfying and great maps. Props to Sledgehammer on this… I wasn’t expecting it.
T

I finally seem to have sorted my online issues out, there was an update earlier,so not sure if it was that,or me putting my internet on a cable instead of wi fi,which switched my nat from moderate to open,silky smooth on ps5 now

thatJohann said:
Here's some more comparisons of FidelityFX CAS ON (.80) vs OFF on Xbox Series X.

Also, side note the game is gorgeous and really enjoying the campaign and the WWII setting.
Click to expand...

You posted the same images twice? I don't get it.

The game MP wise is worthy every red cent. Best WW2 MP shooter experience, and as someone who enjoyed cold War last year, this is leagues better.

Seriously don't sleep on this. Being able to filter to small tactical sizes for each game type allows you to not feel like a cluster fuck. Great perk balances, best gun customization options yet, and 20 maps where only 1 is a stinker IMO.

I've tried all the modes now and there's some good and some bad.

Zombies has previously been the mode I'd spend countless hours with along with a couple of mates, but after just one hour playing this I cant see myself coming back to it until they add a regular round based map. It's easy, open and directionless, and makes me miss the days of starting in a claustrophobic space armed only with a pistol.

Campaign, I've only played the first two levels. Both of which are set at night so those OLED owners are going to have to pull down the blackout blinds if they want to see anything other than themselves reflected in the screen! Seems fairly run-of-the-mill so far but hoping we'll get a standout level on par with All Ghillied Up or Safe House.

Multi-player. This is where I've spent most time and my positive impression of this has grown. Suffering the after action showcase was initially really irritating (especially early on when the majority of players look identical anyway), but I've set filters to only play Free-For-All and because that's not team based you don't have to watch these tedious clips or vote for who played best. You can also choose three different settings to alter the player cap, and again - switching to 'Blitz' which has the highest population per map ensures that the action is really frenetic and fun. Being able to shoot apart certain sections of wall and a slightly higher gore level from previous CODs help this feel visceral and the moment-to-moment gunplay remains best in class.

More than ever, COD is going to be a work in progress and will hopefully get better as more content is added throughout the year.

Matt_Fox said:
Suffering the after action showcase was initially really irritating (especially early on when the majority of players look identical anyway), but I've set filters to only play Free-For-All and because that's not team based you don't have to watch these tedious clips or vote for who played best.
Click to expand...

I've noticed that players are not voting for E/D or Multi kills or other "high quality" contributions, but Most Time Near Teammates, etc. as a way to revolt. Nothing worse than carrying a team for someone with Most Times Running By an Opponent to get the MVP. It's hilarious, though.
Last edited: Nov 6, 2021

Are there any hackers in the multiplayer on pc? I whant to grab it next week but im tired of those hackers in WZ.


Call of Duty Vanguard (PC, PS5, PS4, Xbox Series X/S/One) is the latest FPS once again set during WW2 with a fictional story, over the top characters, and more multiplayer options. How is it?
Click to expand...

GHG replied
May 16, 2022
Call of Duty: Vanguard Could Be Start of a New Trilogy
Opinion Game Dev

Borowski_1 replied
May 18, 2022
20 mins of Call of Duty: Vanguard Zombies gameplay has leaked