[Business Insider] Blue Origin employees say they wouldn't feel safe riding the company's rockets, and it's 'lucky' nothing has happened 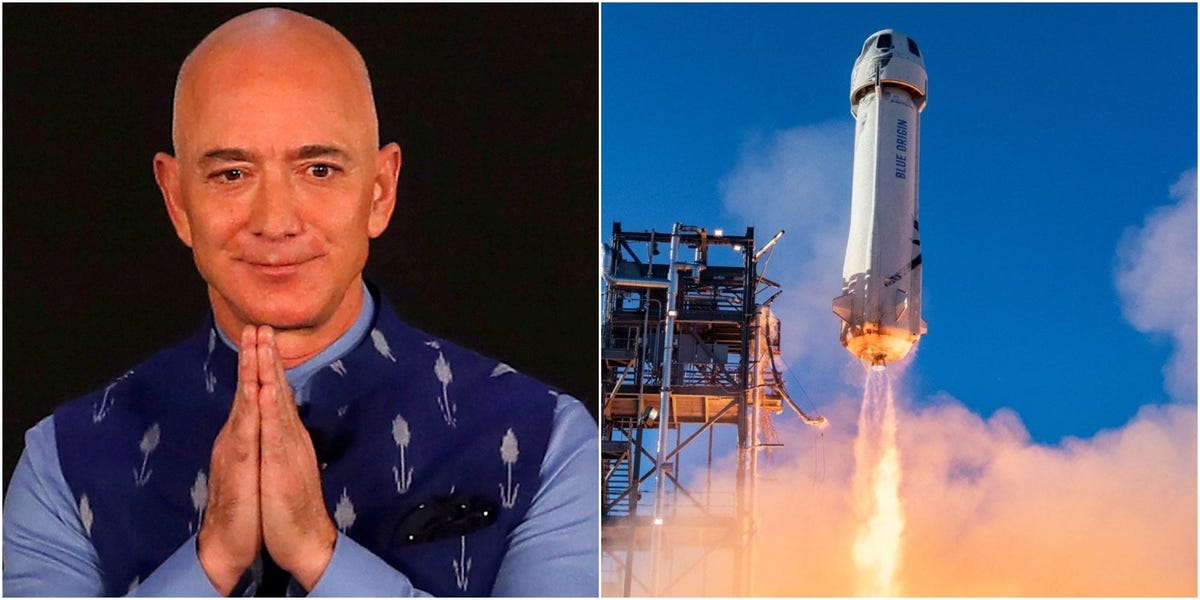 In a scalding open letter, a group of current and former Blue Origin employees said they would not fly aboard the company's rocket because they don't think it's safe enough.

Jeff Bezos, who founded the company in 2000, launched to the edge of space aboard its New Shepard rocket in July. Since that flight, Blue Origin has opened ticket sales, and four customers are scheduled to launch on October 12. But the new letter says that Blue Origin's leadership has ignored employees' safety concerns in favor of "making progress for Jeff" and accelerating New Shepard's launch schedule.

The only named author on the letter is Alexandra Abrams, who used to head Blue Origin's employee communications. She published the essay on the website Lioness on Thursday, but says that 20 other current and former Blue Origin employees co-wrote it. None of those co-authors were named, but CBS News has spoken with five of them. The letter also made claims of a culture of sexism, harassment, and intolerance to dissent at Blue Origin.

New Shepard has flown successfully 15 times without people on board and once with passengers, when Bezos went. The rocket has an emergency system that can jettison the passenger capsule away from a failing rocket if necessary.

However, the letter said: "In the opinion of an engineer who has signed on to this essay, 'Blue Origin has been lucky that nothing has happened so far.' Many of this essay's authors say they would not fly on a Blue Origin vehicle."

Two former Blue Origin employees confirmed to CBS News that they would not feel comfortable riding a Blue Origin spacecraft.

In a statement emailed to Insider, Blue Origin said that Abrams "was dismissed for cause two years ago after repeated warnings for issues involving federal export control regulations." Abrams has denied that she received any such warnings.

At least 17 top engineers and leaders have left Blue Origin this summer, many of them in the week after Bezos's spaceflight, CNBC reported in August. The reasons for their departures aren't clear, though Glassdoor ratings suggest that just 19% of Blue Origin employees approve of its CEO, Bob Smith. That's compared to a 92% approval rating for SpaceX's Elon Musk and 77% for United Launch Alliance's Tory Bruno.

Blue Origin's statement also said: "We stand by our safety record and believe that New Shepard is the safest space vehicle ever designed or built."

But the open letter said that safety was "the driving force" behind the decision to publish it for many of its co-authors. It also said that in 2018, when someone new took over one particular team, the manager discovered that the team had documented "more than 1,000 problem reports" related to the company's rocket engines. None of those reports had been addressed, the letter said.

What's more, the letter added that Blue Origin has frequently denied requests "for additional engineers, staff, or spending," while adding more responsibilities to teams that are too small to handle them.

"Employees are often told to 'be careful with Jeff's money,' to 'not ask for more,' and to 'be grateful,'" the letter said.
Click to expand...

Here's another article, but this one focuses more on the 'toxic' workplace culture.

Jeff Bezos' Blue Origin is a 'toxic' workplace, some current and ex-workers claim in essay

Jeff Bezos' space company Blue Origin is described as a "toxic" workplace in an essay by 21 current and former employees.

Bryank75 replied
Apr 4, 2022
How Mic.com exploited social justice for clicks, and then abandoned a staff that believed in it.