With a new BioShock game in development, you might wonder how an original BioShock remaster mod would look on 9th-gen consoles.

Although the community’s kind reaction might help to encourage the modder for a full remaster, but regarding that the game belongs to Take-Two Interactive, sooner or later the project will probably be forced to shut down, similar to what the company did to many Grand Theft Auto mods previously.

shit son , i want that

So faithful to the original that it doesn’t look next gen at all, it’s a pointless recreation.

Too bad it can't turn Bioshock into a fun game.

We get it. You hate everything. 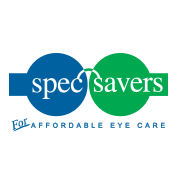 Seriously, every thread he hates on every game, makes me question does he even enjoy playing games?
Last edited: Aug 30, 2021