Gran Turismo 7 appears to have taken over a landmark building in Singapore, as the promotional push ahead of the game’s launch is starting to get a full head of steam.

The building in question is a 15-floor car vending machine called Ten Square. It’s under a mile away from the Marina Bay Street Circuit used for the Formula One Singapore Grand Prix, and is operated by a prestige car dealer in the island city-state.

It’s one of two the company operates, and it allows for all of its stock to be displayed in the smallest footprint possible — important when land is at a premium (in every possible sense). In principle you simply select the car you want to buy, and a complex lift system plucks it from its position in the tower and brings it down to you. 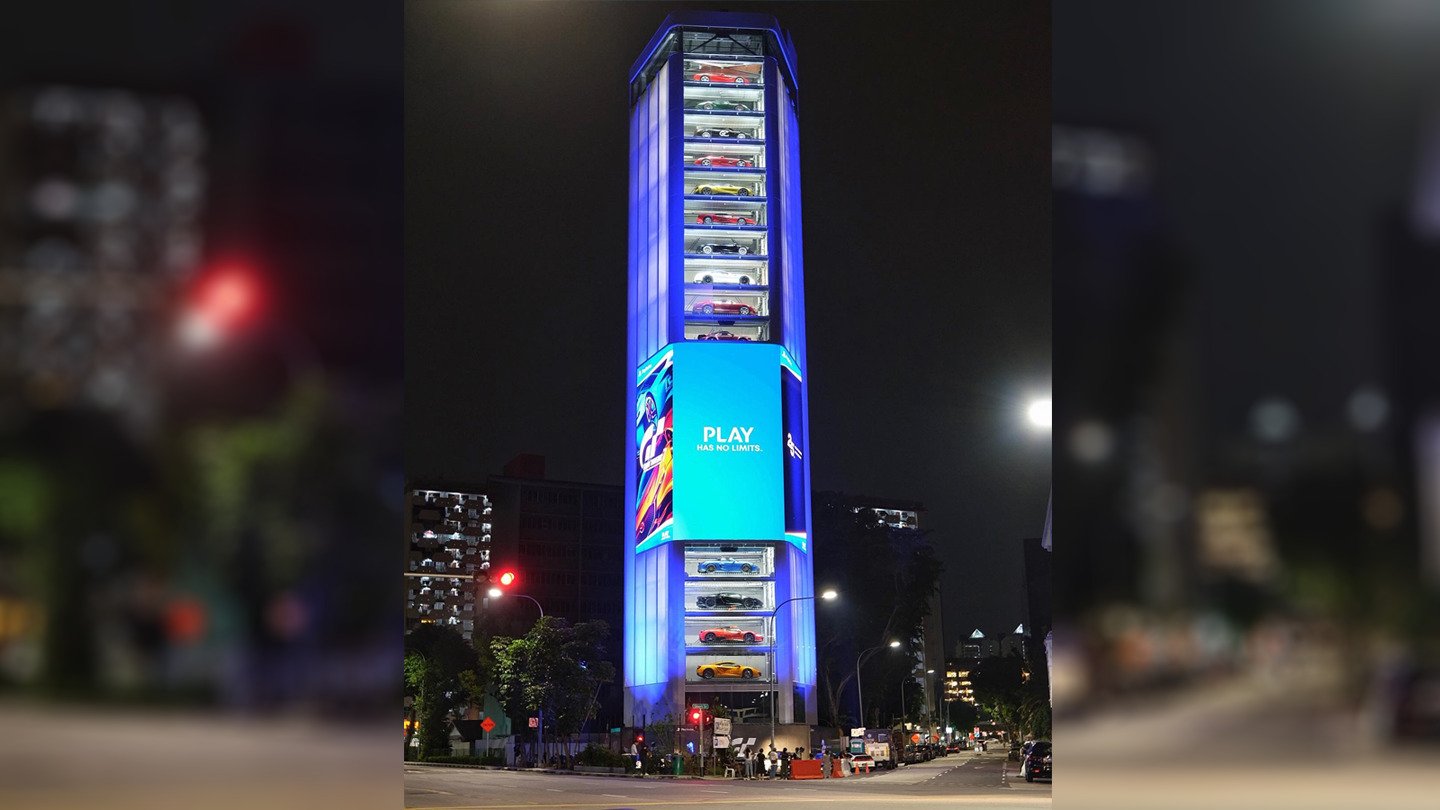 The building has been taken over by PlayStation Asia for a Gran Turismo event, although at the moment there’s no information on exactly what this event is.

However, we can say that, thanks to local resident and GTPlanet user XSquareStickIt, the space around the building is filled with cars from Gran Turismo 7 — like the Mazda RX-8, Nissan 180SX, and Mazda RX-7 — while the tower itself looks to be largely occupied by GT7 cars too. Not entirely though, as we can see a Porsche Boxster and a Bentley Continental in among the displayed items. 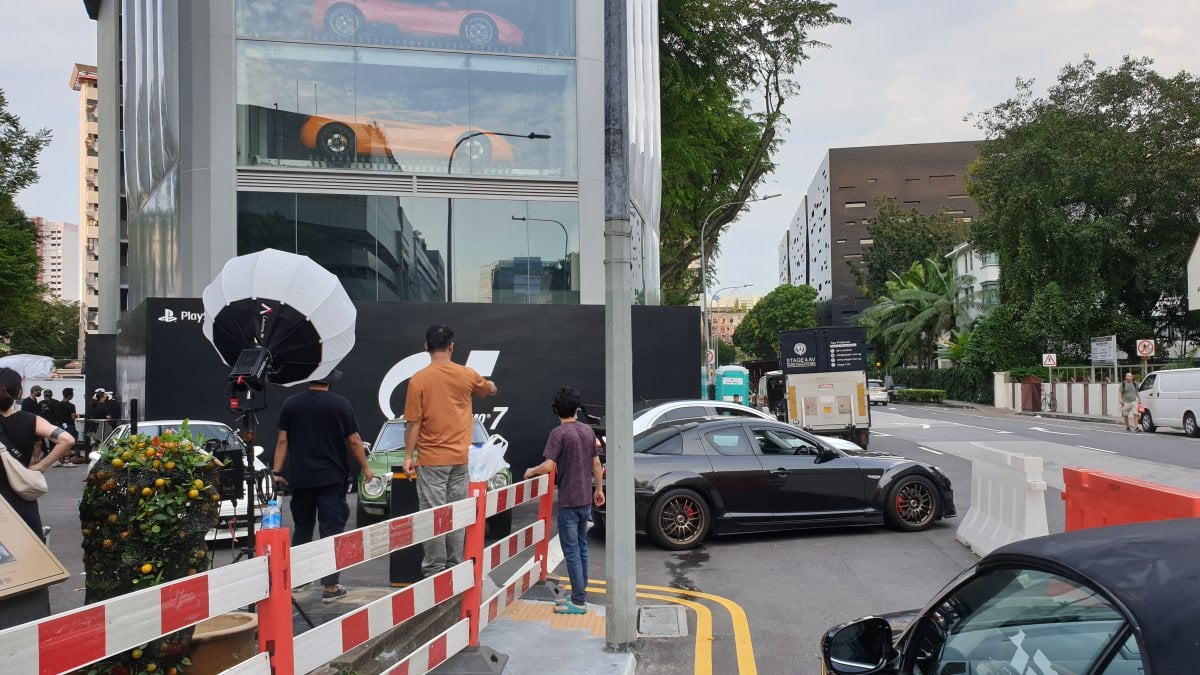 As well as prominent GT7 display signs on the lower levels, the 3D billboard is showing a static advert for Gran Turismo 7 too.

It looks like the event is currently in its build phase, and with it being the early hours of Friday February 18 in Singapore right now — two weeks before GT7’s launch date of March 4 — we’re expecting all to become clear pretty soon.
You must log in or register to reply here.