Biden Beats Trump In Another Demographic—Billionaires

Think America’s richest people all backed a fellow billionaire in the 2020 election?

Think again. This is the first installment of a four-part series exploring the money billionaires poured into the 2020 election.


A little more than a year ago Bernie Sanders called out Joe Biden during a Democratic debate in Los Angeles. Biden, he told the audience, had gotten checks from more than 40 billionaire donors. In the leadup to Election Day, as Democrats of all classes coalesced around Biden, that figure more than quintupled.

Biden’s campaign ended up receiving money from 230 billionaires or spouses of billionaires, according to a review of records filed with the Federal Election Commission. Far more billionaires supported the current president than his predecessor. Among Biden’s backers: household names like Steven Spielberg, Tyler Perry and Ralph Lauren, as well as Democratic stalwarts like Haim Saban, George Soros and Jim Simons, plus leaders of popular companies like Columbia Sportswear, Panda Express and Airbnb. 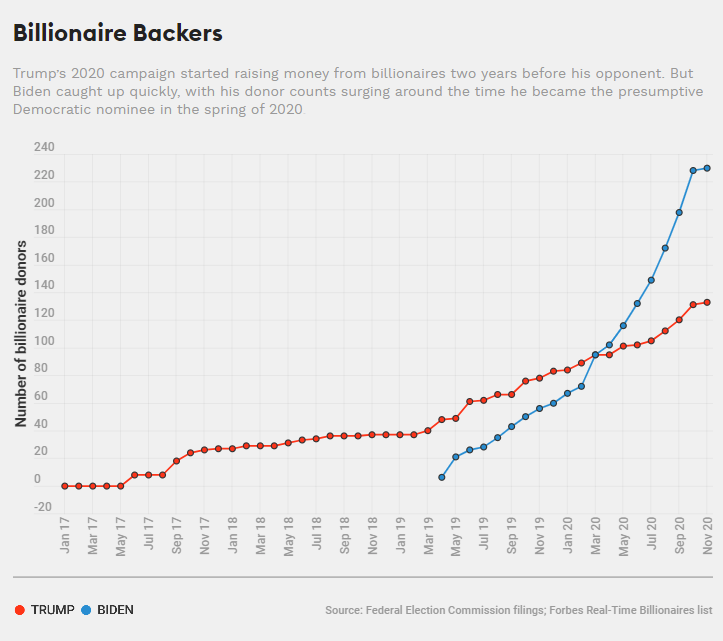 In all, about 25% of America’s richest tycoons donated to Biden’s campaign, either directly or through a spouse, while just 14% gave to Trump’s. That means that about 4 out of every 10 billionaires gave money to committees supporting one of the two candidates, according to the analysis.

Trump, who once bragged that he was so rich that he was “not using donors,” also had a two-year head start. He filed paperwork to launch his 2020 campaign on the day of his inauguration in 2017. Billionaires began writing checks within his first six months in office. By the time Biden launched his campaign in April 2019, a group of 48 billionaires and spouses of billionaires had already ponied up more than $5 million to re-elect Trump. 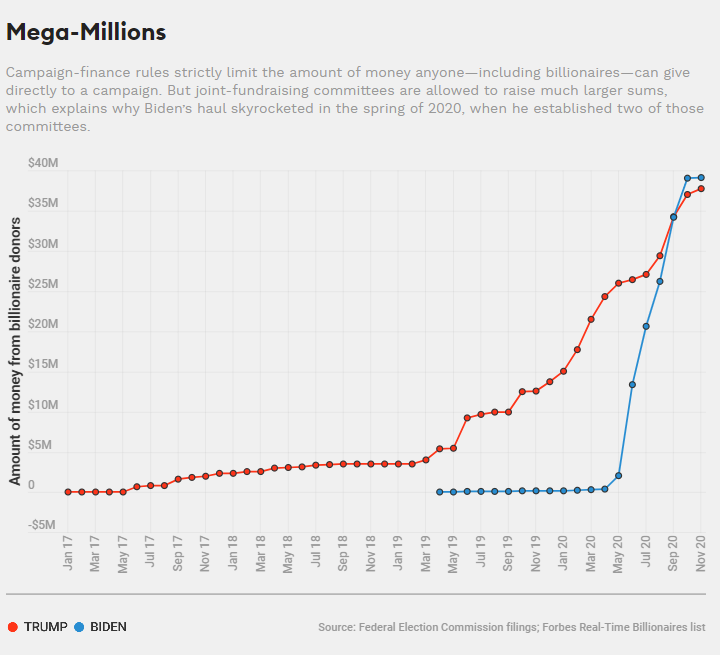 In Biden’s first few months on the trail, the former vice president picked up support from dozens of billionaires and their spouses. At first, none of it was big money, since federal law limits the size of donations supporters can give directly to campaigns. In the spring of 2020, when Biden became the presumptive nominee, he launched two joint-fundraising committees with the Democratic National Committee, allowing him to start soliciting six-figure contributions.

The money came pouring in. By the end of April 2020, he had collected contributions from over 100 billionaire donors, more than Trump. By the end of July, Biden had raised $20 million from billionaires and their spouses, while Trump had raised $27 million. Four months later, when the campaign ended, Trump finished with 133 billionaire backers who collectively gave him $37.8 million. Biden, meanwhile, had 230 donors who contributed $39.1 million. 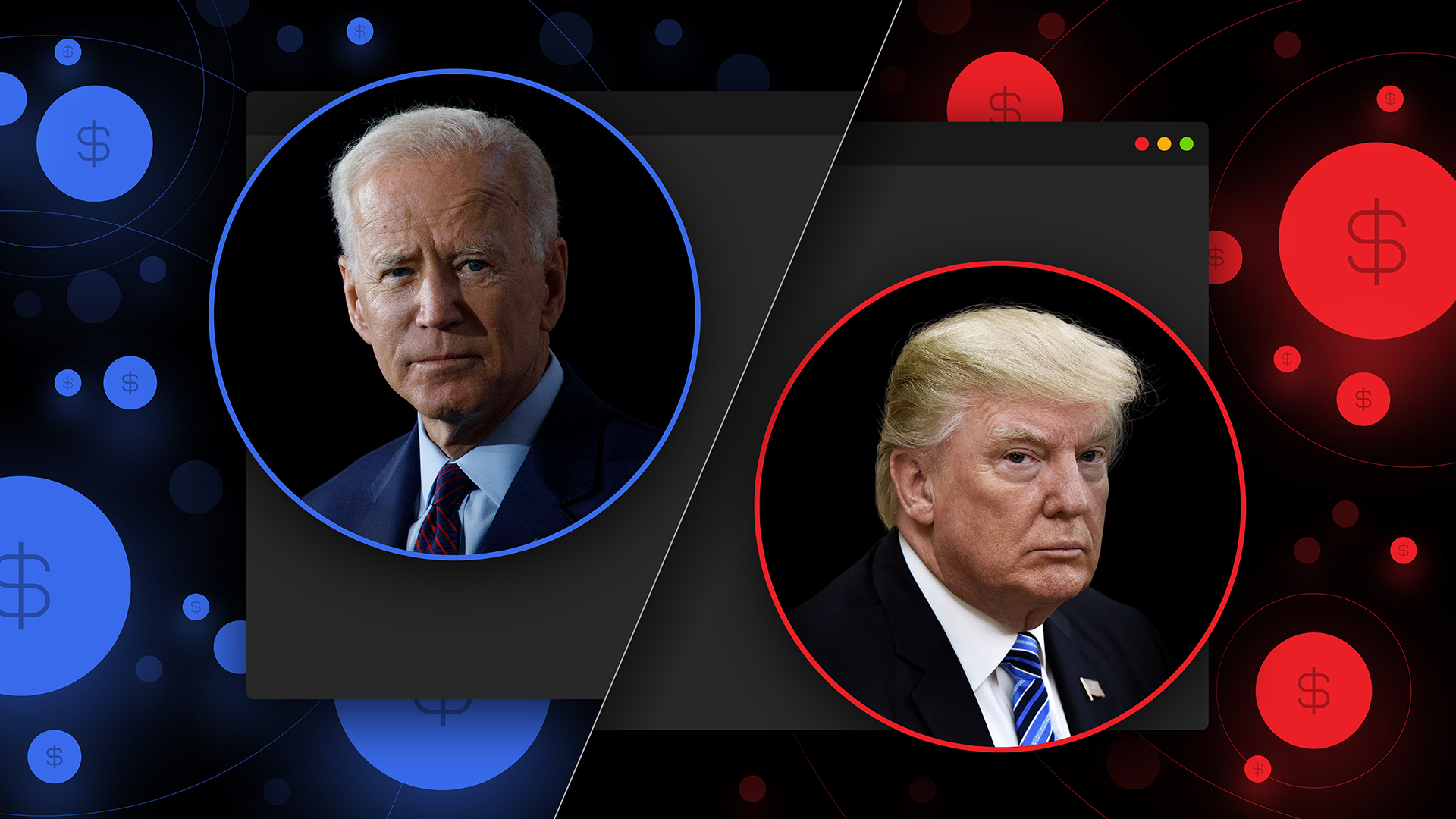 As Joe Biden and Donald Trump faced off in November, Forbes tracked the billionaire money at play in the 2020 election.

Those sums only tell part of the story, though. Many of the biggest donors to the campaigns also funneled huge amounts into super-PACs supporting the two candidates. Super-PACs cannot coordinate with campaigns, which is why Forbes did not count those funds as part of the totals raised by Biden or Trump. But the groups, which are allowed to raise unlimited sums, can nonetheless plow money into television ads that support a candidate. Sheldon Adelson and his widow, Miriam, helped bankroll one of the largest pro-Trump super-PACs, donating $90 million, in addition to the $1.2 million they gave to one of Trump’s joint-fundraising committees. Facebook cofounder Dustin Moskovitz handed over $820,600 to one of Biden’s joint-fundraising groups and poured $47 million more into a pro-Biden PAC. Mike Bloomberg never donated directly to Biden’s campaign, but he supplied more than $100 million to groups supporting the Democratic nominee.

Not every rich person spent big, though. Beer baron Dick Yuengling, who famously offered Eric Trump a tour of his plant back in 2016, gave just $500 to Trump in October. Margot Birmingham Perot, widow of former presidential hopeful H. Ross Perot Sr., gave a mere $1,000 to Biden. About 9% of Trump’s wealthiest supporters and one-quarter of Biden’s donated less than $5,000.

Other billionaires spent nothing at all. Forbes did not find donations to Trump or Biden from Jeff Bezos, Warren Buffett, Bill Gates, Elon Musk or Mark Zuckerberg.
Click to expand... 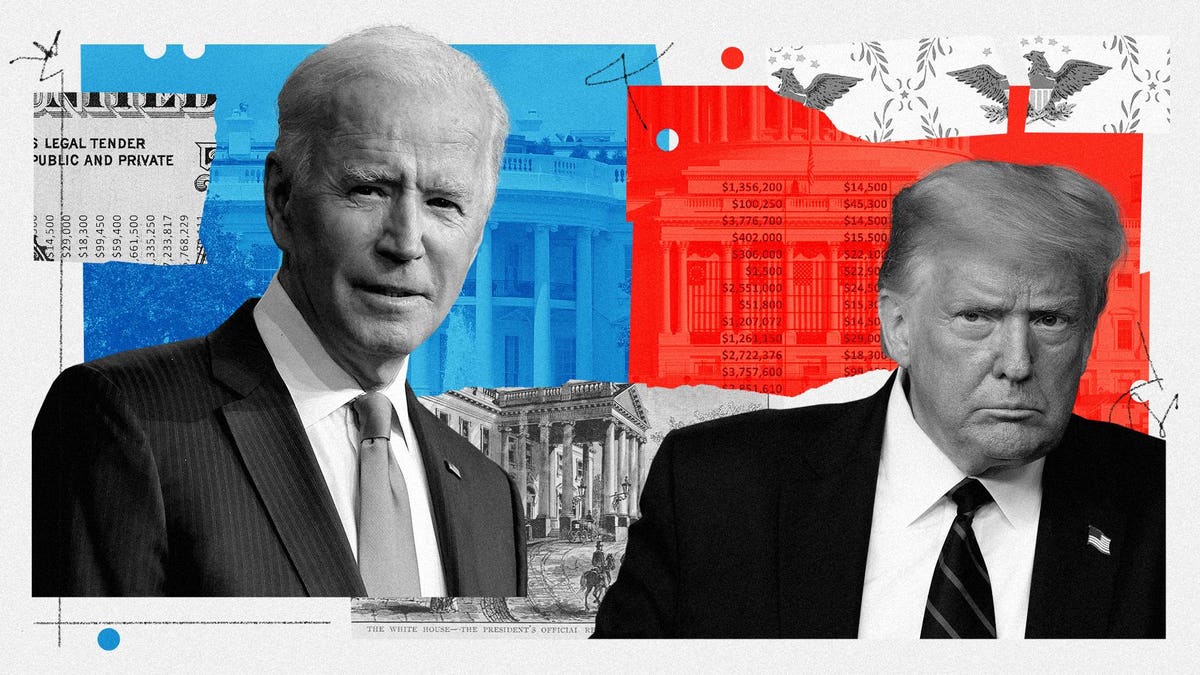 Biden Beats Trump In Another Demographic—Billionaires

www.forbes.com
Reactions: 3liteDragon, regawdless, A Regular Guy and 3 others 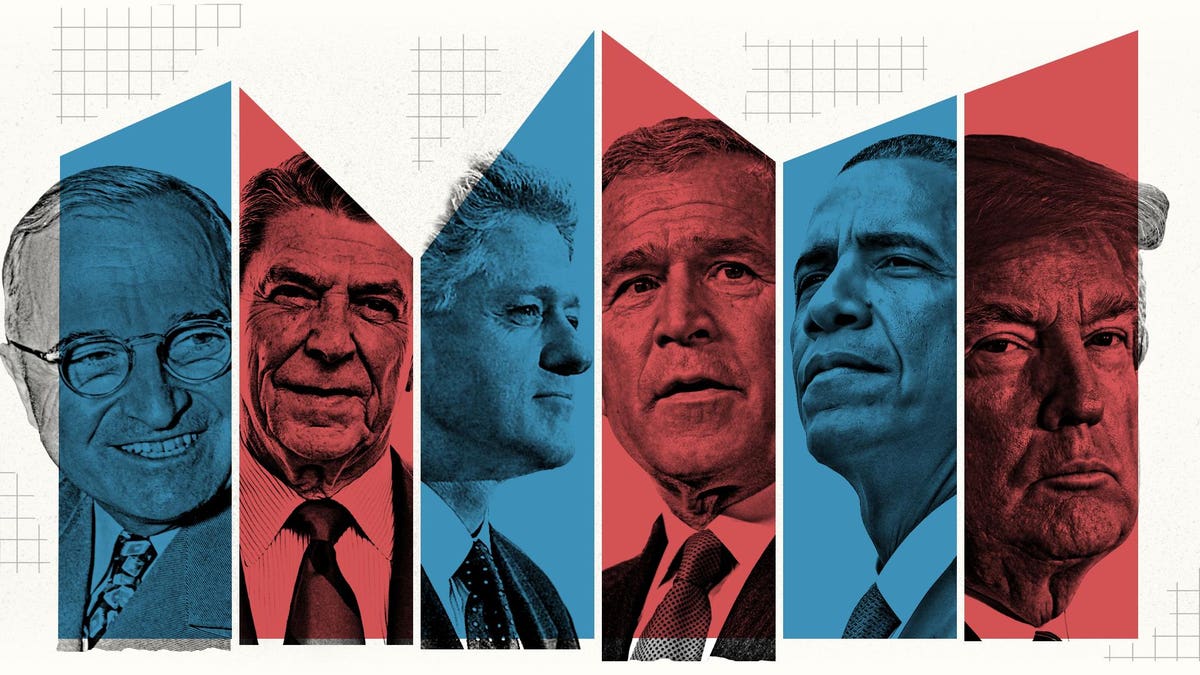 We Looked At How The Stock Market Performed Under Every U.S. President Since Truman — And The Results Will Surprise You

Biden versus Trump. Some speculate that the future of the republic hinges on the outcome of the next election. But for smart investors it doesn't really matter who wins.

“Stock markets do perform better under Democrats than under Republicans. That’s a well-known fact, but it does not imply cause and effect,” says Jeremy Siegel, the Russell E. Palmer Professor of Finance at the Wharton School of the University of Pennsylvania. From 1952 through June 2020, annualized real stock market returns under Democrats have been 10.6% compared with 4.8% for Republicans.


According to Siegel, author of the 1994 investment classic Stocks For The Long Run, Wall Street’s obsession with politics is mostly misplaced: “Bull markets and bear markets come and go, and it’s more to do with business cycles than presidents.” In some ways the current environment has characteristics of the existential threat faced by George W. Bush post-2001 (replace terrorism with pandemic), the civil unrest that plagued the Johnson and Nixon administrations and Ronald Reagan’s trade war with Japan in the 1980s.


The winner among presidents for the best cumulative stock market return is William J. Clinton, with nearly 210%. The worst: George W. Bush, with -40%. Uncertainty has been the biggest disrupter of markets by far. In September 1955, for example, stocks dove 6.5% in a single day when Eisenhower suffered a sudden heart attack after a golf outing. When Kennedy was assassinated in November 1963 the immediate fall off was 3%. In both instances stocks promptly recovered. Market gyrations aside, investors can take comfort in the fact that in the long run, buy and hold worked best. A $1,000 investment in an index of large U.S. stocks in January 1945, would have compounded at an annual total return of 11% and would have been worth $2.3 million by the end of 2019.
Click to expand...

Edit: it changed the URL on me, weird
Last edited: Feb 15, 2021
Reactions: SlimySnake

This can't be true. I mean, he's Blue Collar Joe! Why he used to take the train to and from work everyday and after a hard day at the office, he'd wipe the sweat off his brow and crack a delicious beer with the rest of the peons on the train home and regale them with stories of The Working Man's Plight. Why would billionaires want to elect a hard workin', salt of the earthin', baby momma flirtin', hairdo hurtin', gaffe spurtin' guy like Scranton Joe? C'mon man!
Last edited: Feb 15, 2021
Reactions: FreedomOfSpeech, Gaijin Cat, 3liteDragon and 7 others

OnionSnake said:
Not a surprise.

We Looked At How The Stock Market Performed Under Every U.S. President Since Truman — And The Results Will Surprise You

Biden versus Trump. Some speculate that the future of the republic hinges on the outcome of the next election. But for smart investors it doesn't really matter who wins.

Edit: it changed the URL on me, weird
Click to expand...

Even the internet hates your ass lol
Reactions: RedVIper, mcz117chief, Dirk Benedict and 3 others

So many puppet strings.
Reactions: 3liteDragon, DeepEnigma and HeresJohnny

It mostly has to do with repealing the SALT tax as well as California and coastal city wealth
Last edited: Feb 16, 2021
Reactions: oagboghi2 and DeepEnigma

Rich people abuse there income to make there vote count more then somebody elses vote.

I already knew this. But big brain post with data is always welcome

Such a surprise not.
D

1.2 tillion profit during lockdown in Leftist states with small businesses imploding is one way to build back better
Reactions: DeepEnigma
Z

They paid for those strings
You must log in or register to reply here.